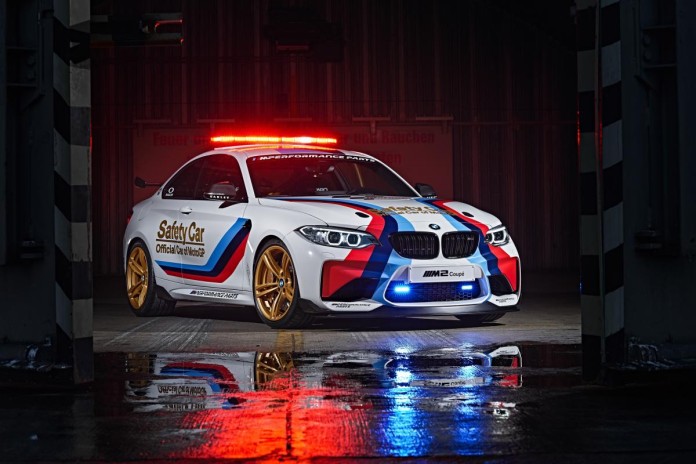 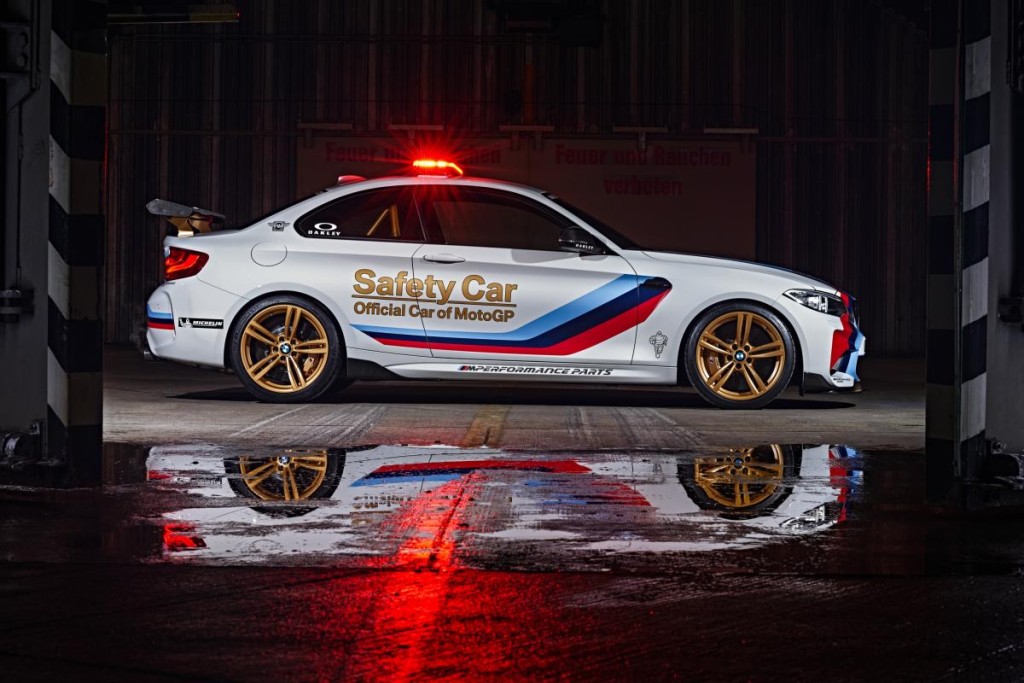 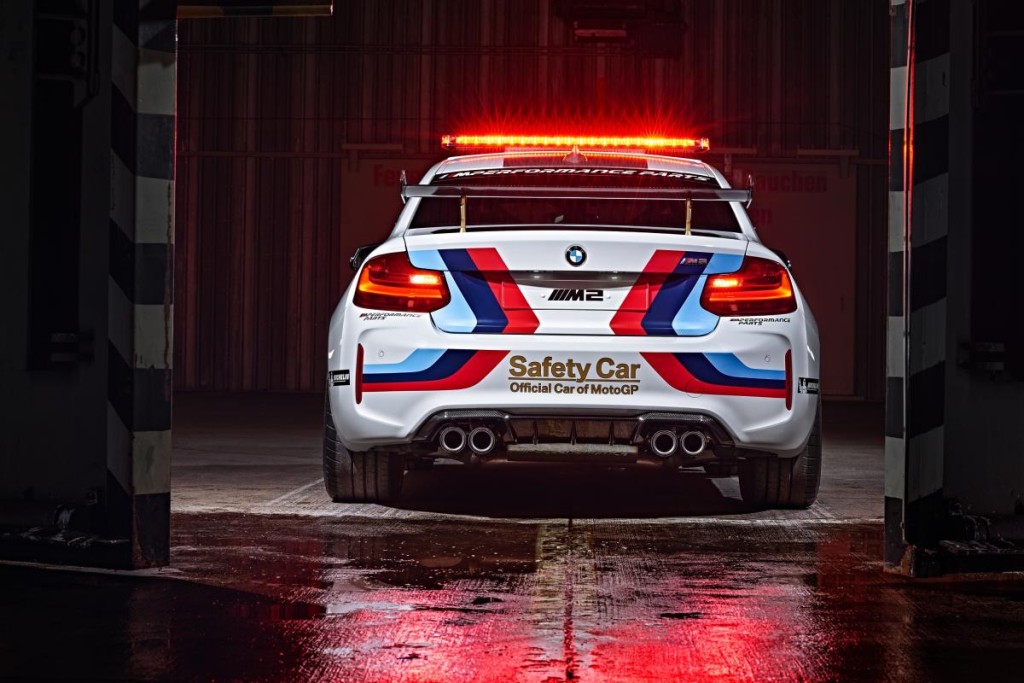 For those of you who are unaware, the BMW Group have maintained a special relationship with the world of grand prix motorcycle racing for several years now. The firm not only supplies a fleet of official and safety vehicles, BMW also provides prizes for riders who chart special achievements in the season too.

Back to the new safety car and things look enticing to say the least. Based on the Bavarian marque’s new and compact M2 Coupe, the MotoGP safety car was specially modified by the M performance division as it features things like an enhanced aerokit complete with a rear spoiler, most of which made using lightweight carbon fibre, plus a stripped out cabin to further reduce the sports coupe’s weight. 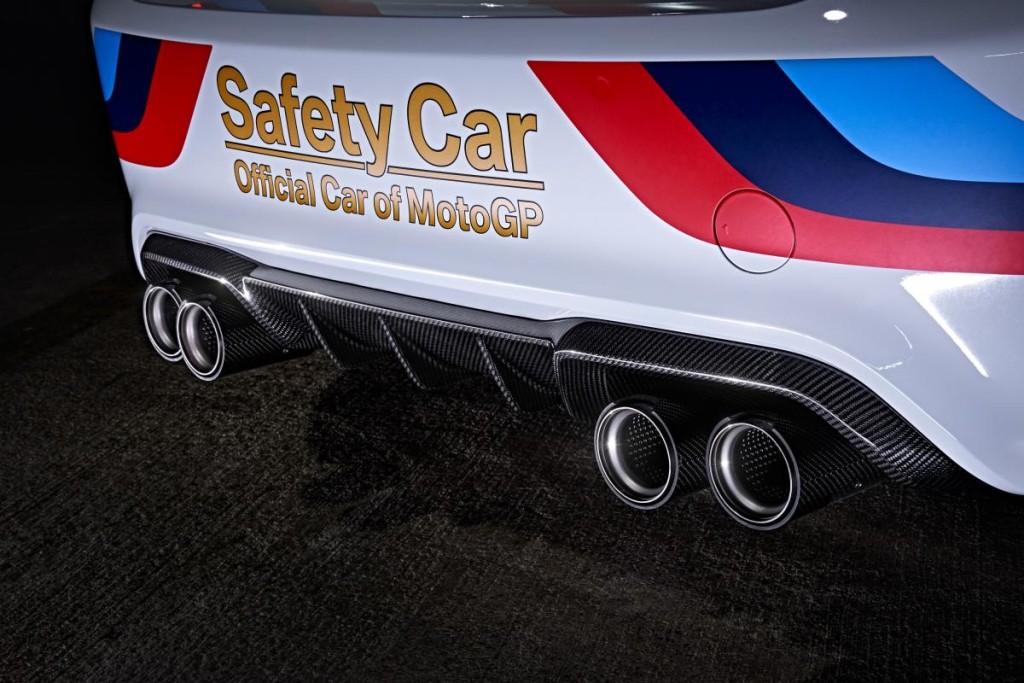 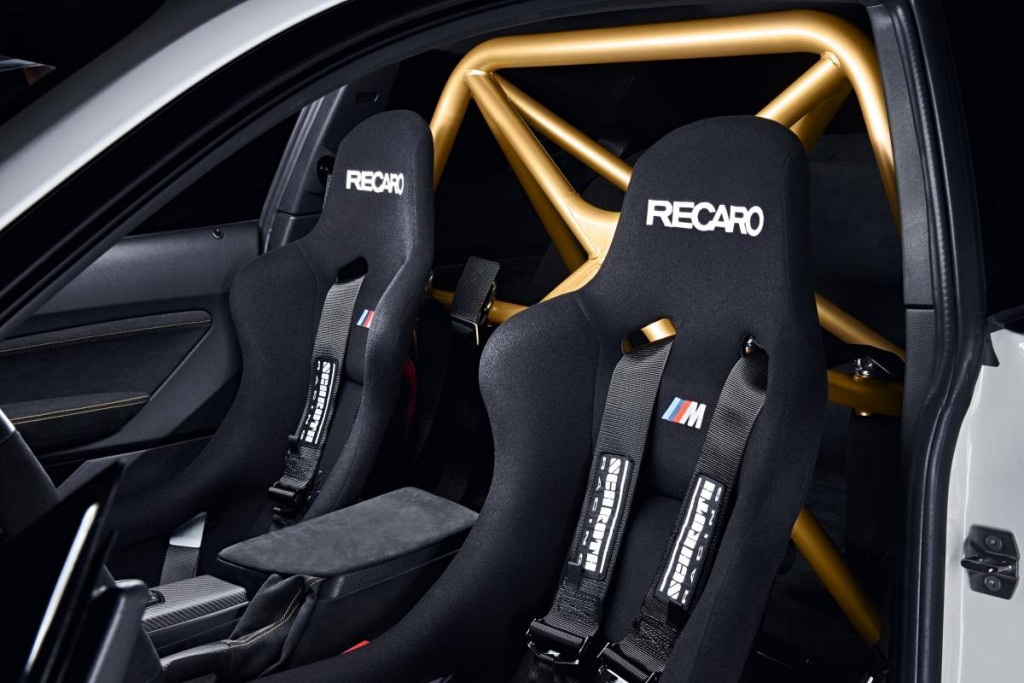 Other notable modifications include the addition of a roll cage for added chassis stiffness, followed by the adoption of fully adjustable coilover suspension, M racing carbon ceramic brakes, as well as a set of special and grippy Michelin Cup 2 tyres. Completing the safety car package is an eye-catching livery with contrasting gold-painted accents, not forgetting the all-important roof-mounted LED lightbar with special flashing LED lights too. 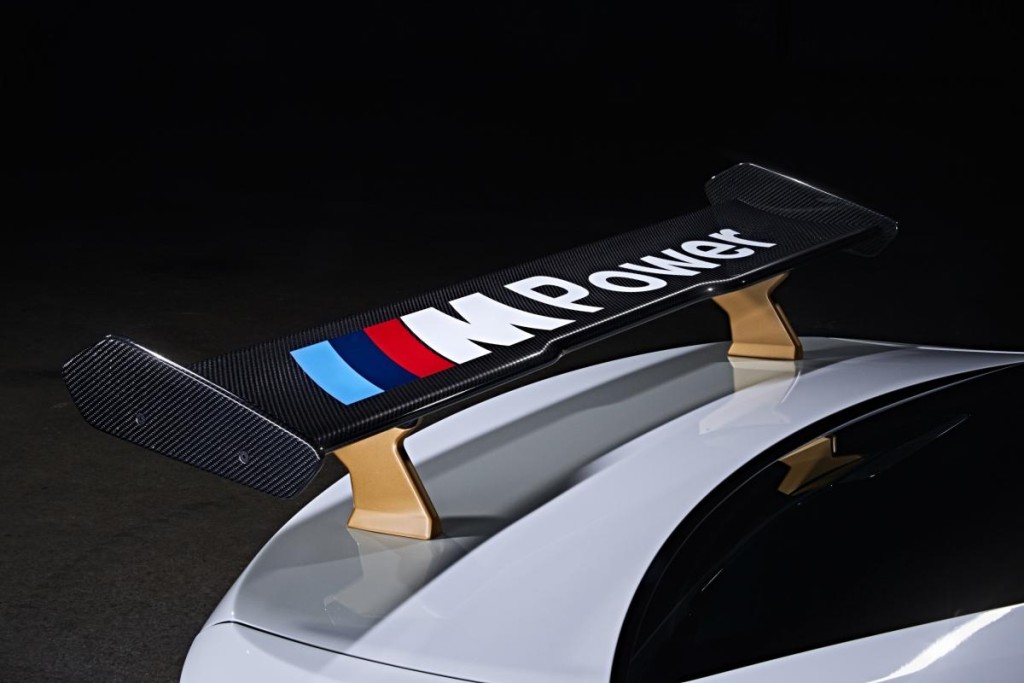 You can check out more images of the new 2016 BMW M2 MotoGP Safety Car in our gallery below.