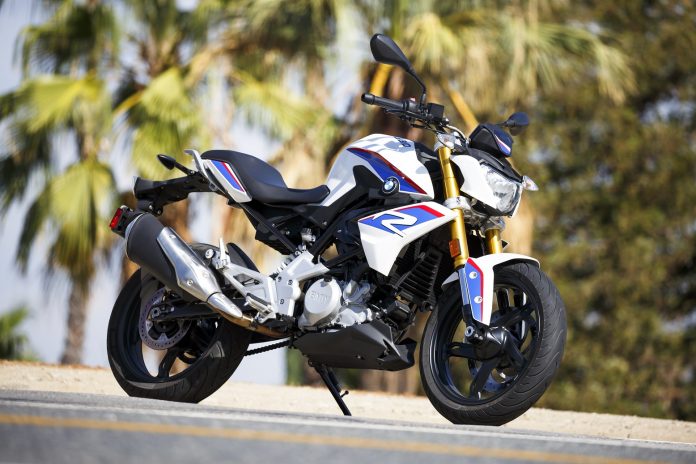 First introduced as a stunt bike in October 2015 in Brazil, the commercial version made its appearance in November 2015 at EICMA. Since then, the motorcycle community the world over, including here in Malaysia has been asking about its availability. 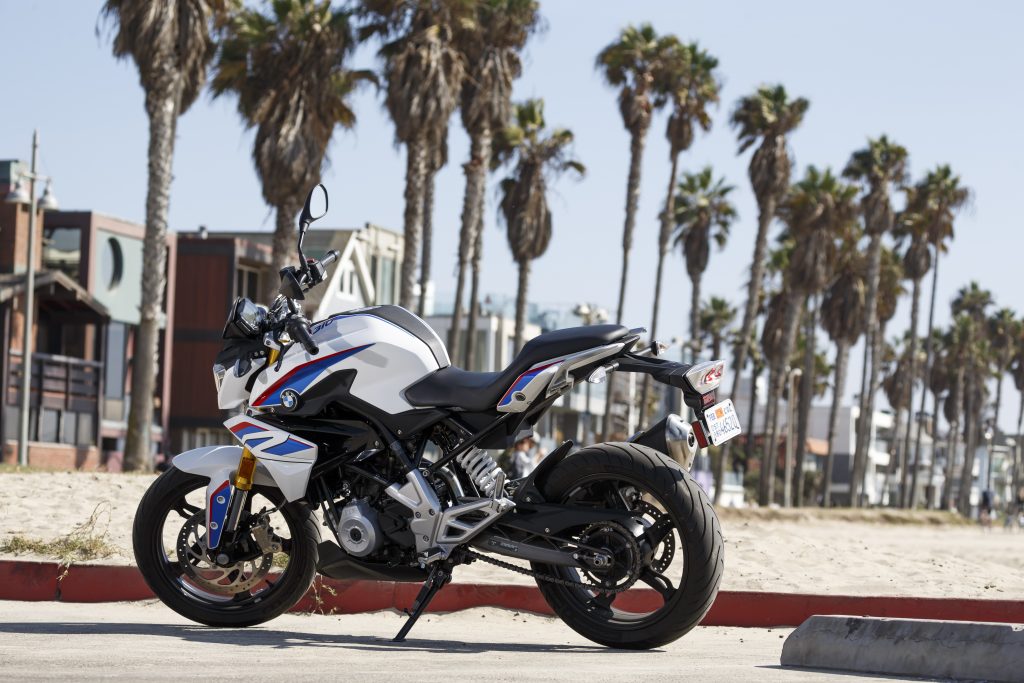 While having a single-cylinder, 313 cc engine, it’s not slated as a mere entry-level model. Instead, we see it as a premium, lightweight motorcycle that’s perfect for the daily commute and back road blasting – a bike which is pragmatic and versatile for the major portion of our Malaysian market and roads. Slap on some luggage and you’re ready to take it touring. Or shopping.

The newly developed engine is no slouch. Featuring liquid-cooling, dual overhead cams, four valves and electronic fuel injection, it punches out a healthy 34 bhp at 9,500 RPM and 28 Nm of torque at 7,500 RPM. That’s a 2,000 RPM separation between maximum torque and maximum horsepower, ensuring a flexible power delivery. Mated to a dry weight of only 158.5 kg, the G 310 R has the hallmarks of a lively ride. 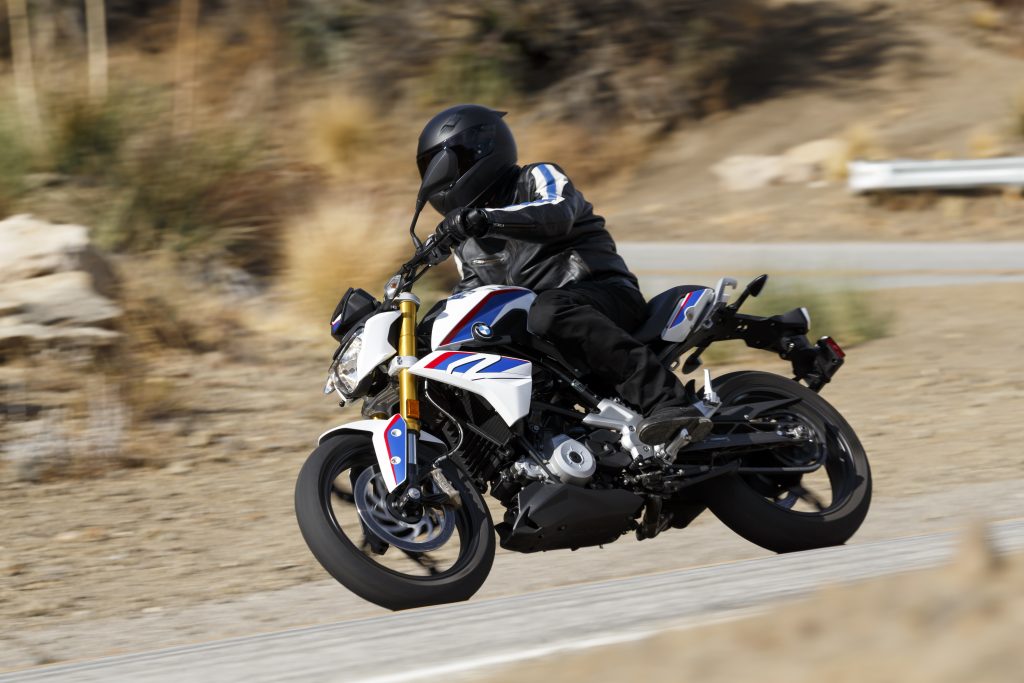 BMW arrived at the 313 cc displacement through an 80 mm stroke and 62.1 mm bore. Yes, it’s a long-stroke motor – good for torque around town. But its most novel feature is the cylinder that is tilted backwards to position the intake tract to face the front.

The frame is tubular steel, robust and torsionally stiff. The front wheel is suspended by upside-down forks while the aluminium swingarm is connected directly by a spring strut. 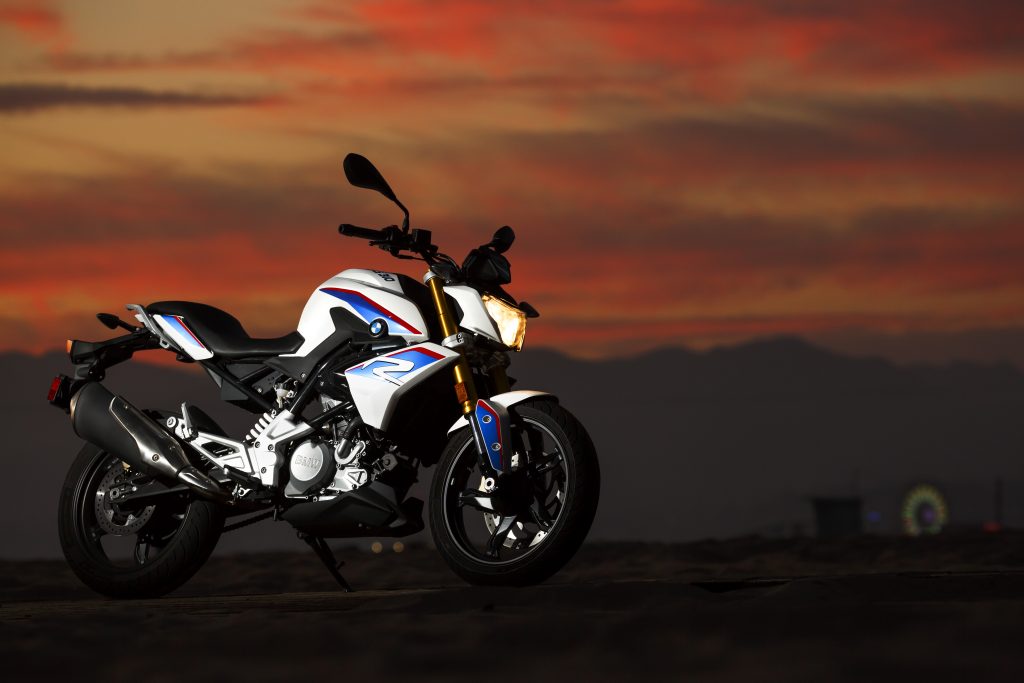 A 2-channel ABS is standard on the G 310 R. The front is stopped by a single 300 mm disc, gripped by a radially mounted 4-piston caliper. The rear brake consists of a 2-piston caliper clamping a 240 mm disc.

As per BMW’s philosophy on environmental care, the G 310 R’s engine is mapped to the Euro 4 emissions standard, which includes a closed-loop 3-way catalytic converter. Fuel consumption is a frugal 3.3 litres per 100 kilometres. 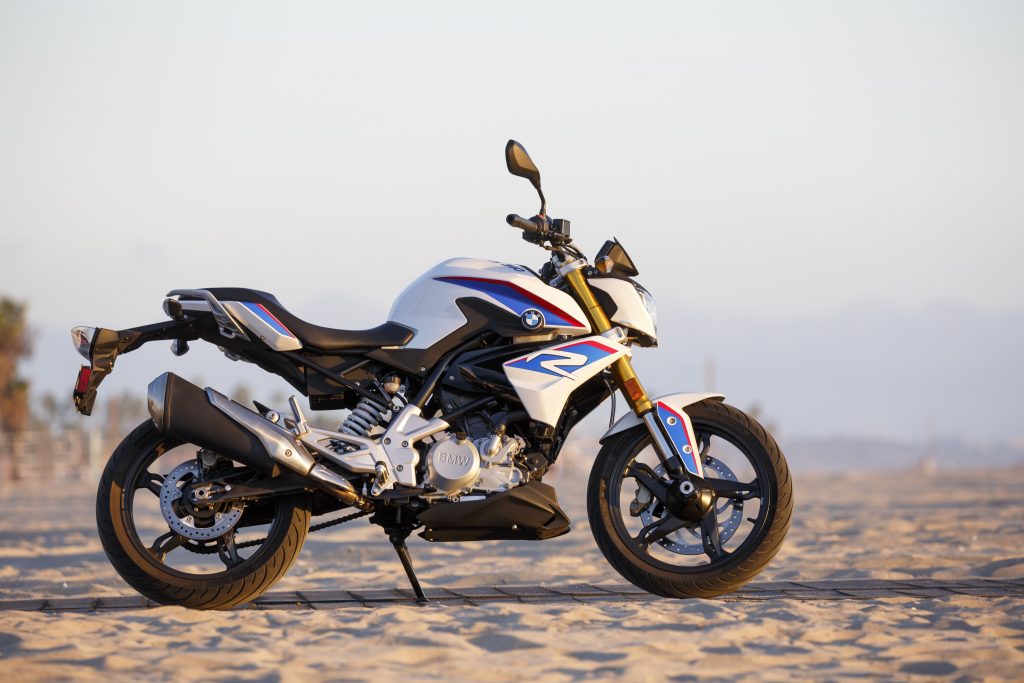 Watch this detailed video of the all-new BMW G310R here, or read our friend’s Sundeep’s review of the BMW G310R here. Sundeep flew to Australia to ride the bike, and he has a good word for the all-new baby beemer.

The All-New BMW G 310 R will be officially launched at the BMW Motorrad GS Trophy South East Asia Qualifier Malaysia and will be available at all authorised BMW Motorrad dealerships from the following week onwards. 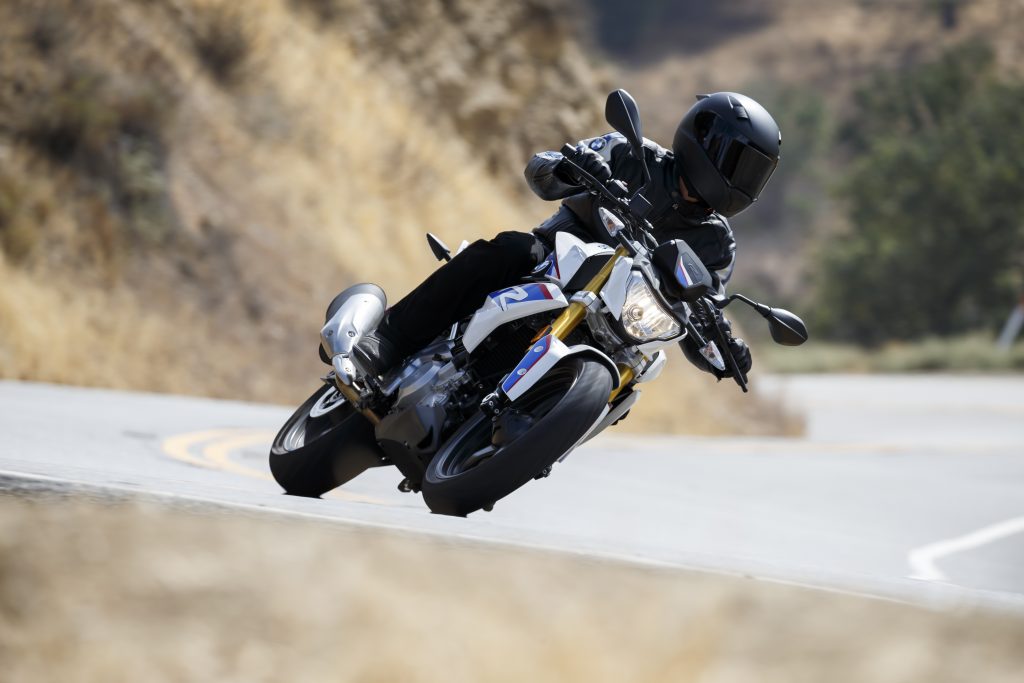 So head over the Sepang International Motorcross Track to view and test ride the G 310 R this weekend!