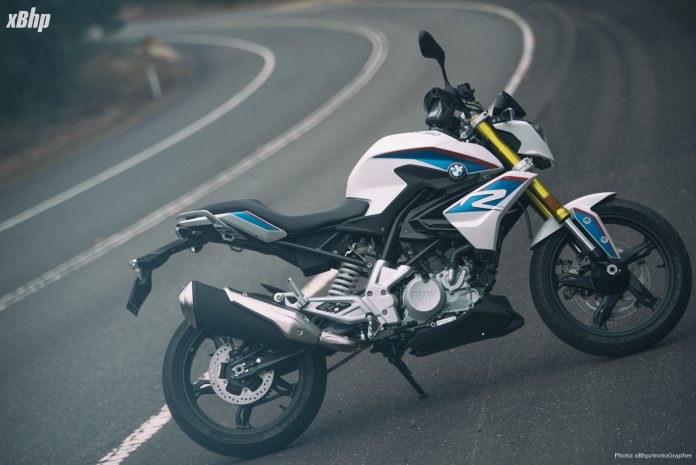 The BMW G310R is one of the most eagerly anticipated motorcycles of the past few years. Well perhaps not globally, but at least in Malaysia it is. We also know that our friends in India are excited about the new baby BMW as well, and though the bike is built in India, it oddly has not been launched in that market either.

Our friend from XBHP India, Sundeep Gajjar, or better known as Sunny (search Motographer on Google to see his work), got the chance to ride the G310R in Australia recently, and we were extremely jealous. Well, good thing then that Sunny is a dear friend, and we have a good working relationship with each other. So when we heard that he is riding the bike, we had to have the story to tell the Malaysian biker what he is missing out on, and hopefully to pile on the pressure on BMW Malaysia, hoping they would understand that we Malaysians are excited about the bike, and they should hurry up and launch it already! Nobody likes a tease.

The G310R went on a national tour at a number of local BMW showrooms last year, and we loved what we saw. Well, this is what you need to know about the bike that a lot of people are saying will steal sales away from the KTM 390. This is what Sunny of XBHP has to say about the G310R: 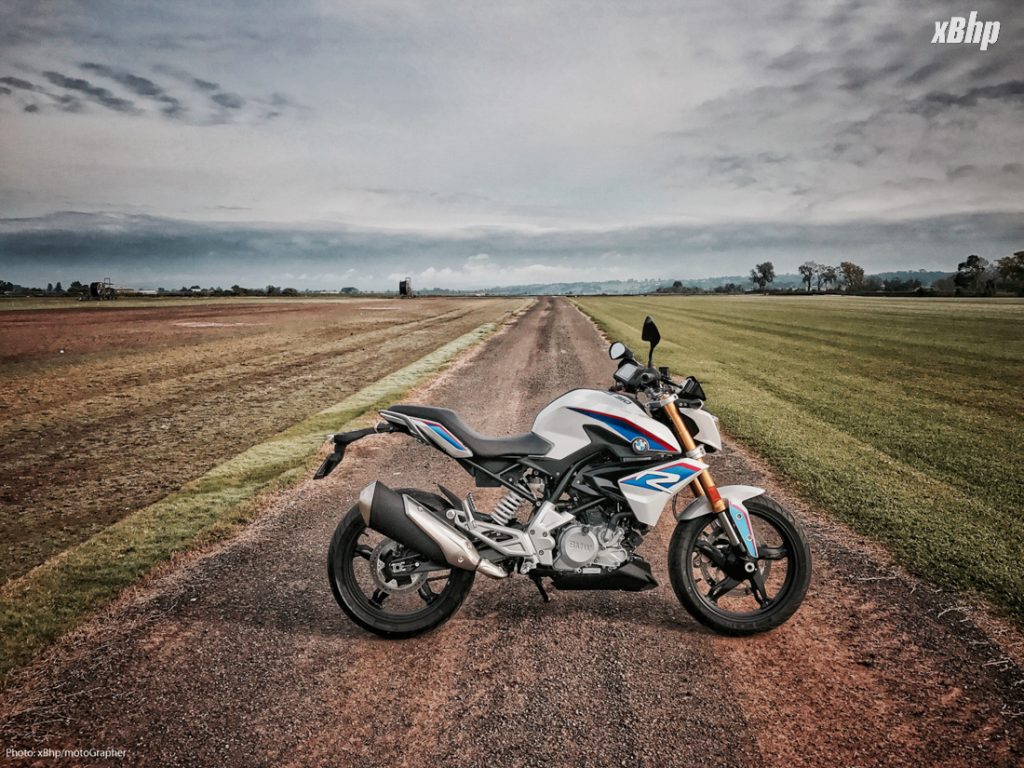 BMW Motorrad has been going all guns blazing in almost every segment of motorcycling. But there was something missing. That final piece in the jigsaw puzzle was the introduction of the BMW G310 R. An entry level motorcycle for developed markets, which would see the young ‘uns jump straight out of their prams and onto the saddle of the 310.

The icing on the cake for us Indians is that the BMW G310 R is built in India by TVS Motor! 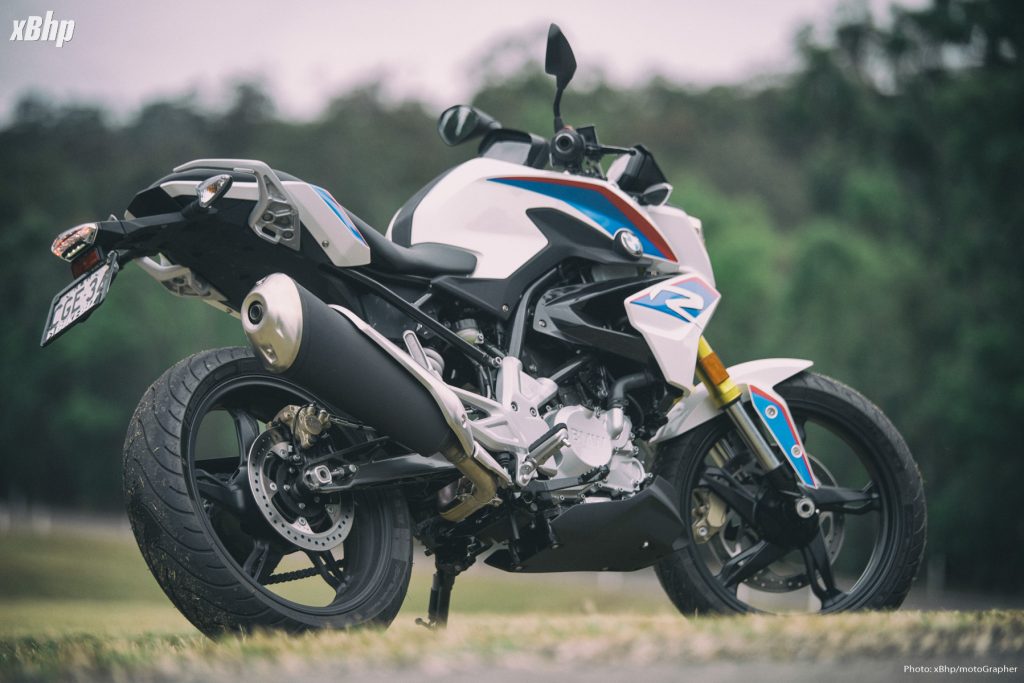 The Partnership
BMW and TVS had announced their partnership in April 2013. It’s been four years since and we should soon have this bike on Indian roads as well. BMW states that the bike has completely been designed by the German manufacturer, but the production is done by TVS. This allows the bike to be manufactured at a much lower price than if it were in Europe. In fact it is the first BMW to be produced outside Germany. 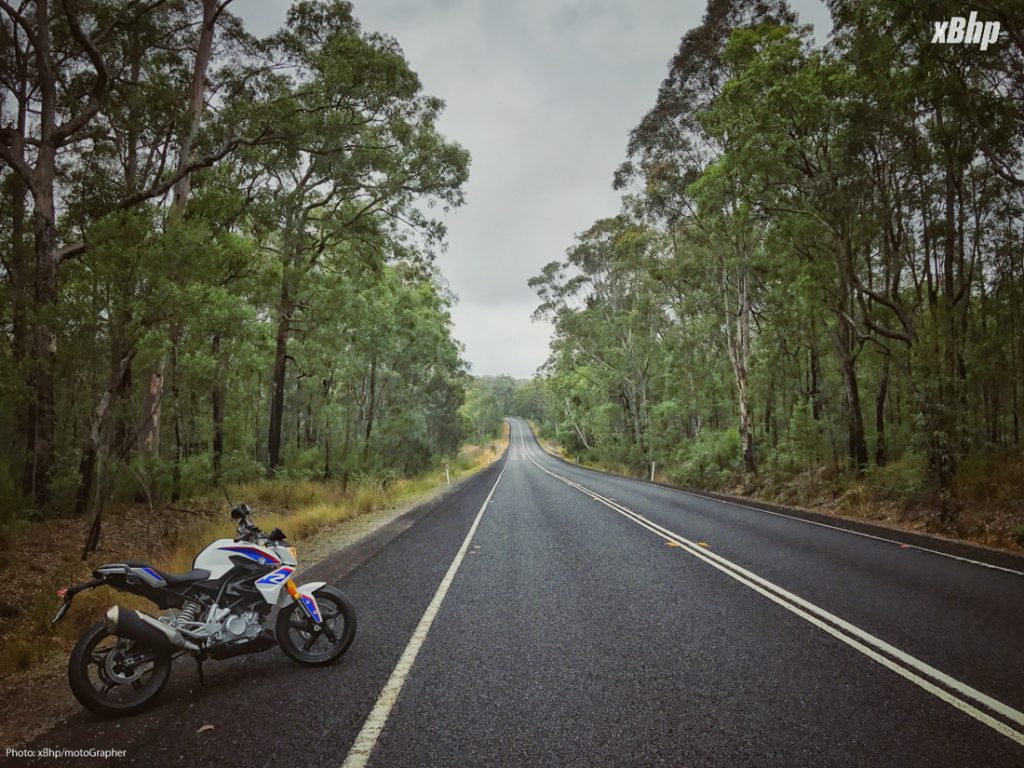 Testimony to the manner in which the Indian motorcycle market has grown in leaps and bounds. Add to it the fact that it is far from being unsaturated compared to the developed world.

Before we get carried away about this fact we should remember that Indonesia makes bikes like Yamaha MT 03,  Thailand bikes like Kawasaki Z300 and Honda CB 300F and CB500F for developed markets like the USA! While these two countries were probably chosen to reduce the cost of manufacturing, none of them have what India has. Millions of young testosterone laden ready to be bikers from the strongest middle class in the world AND a country so vast, diverse and beautiful, ready to be explored on two wheels! 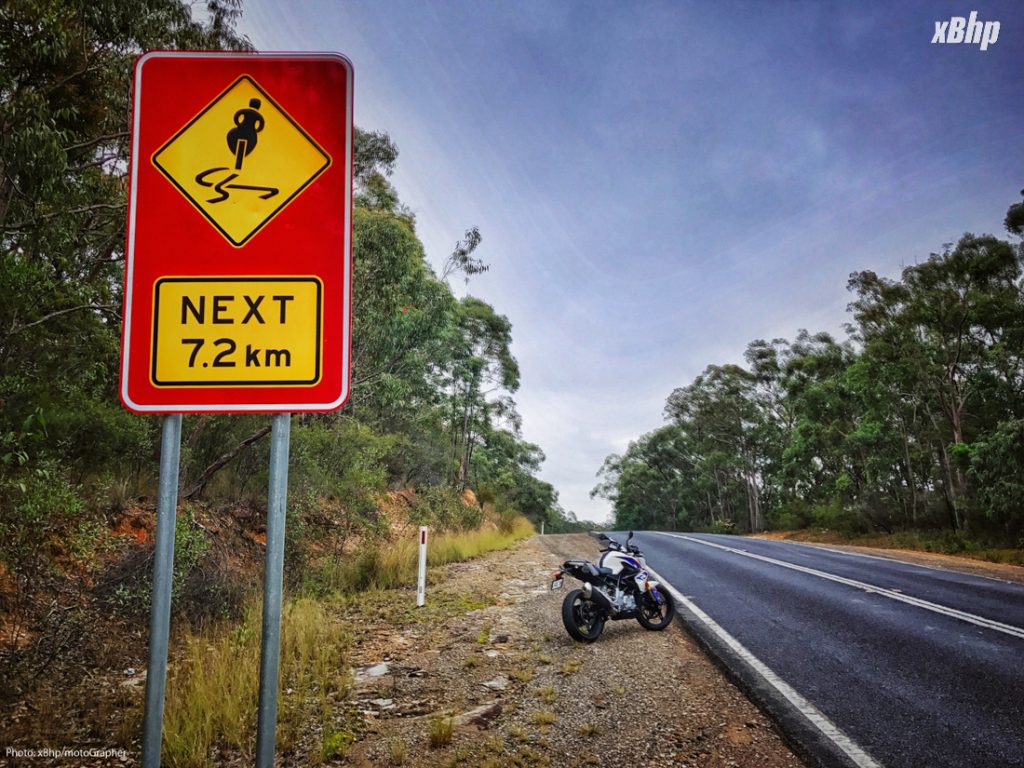 BMW Motorrad had first unveiled its bike at the EICMA show in 2015. As expected it immediately grabbed attention the world over. In the developed markets it is a motorcycle which would get youngsters on the saddle of a very capable bike and build brand loyalty from the beginning. In developing markets like India, this would be the perfect upgrade for many a tourer/ city slicker/ speed freak! 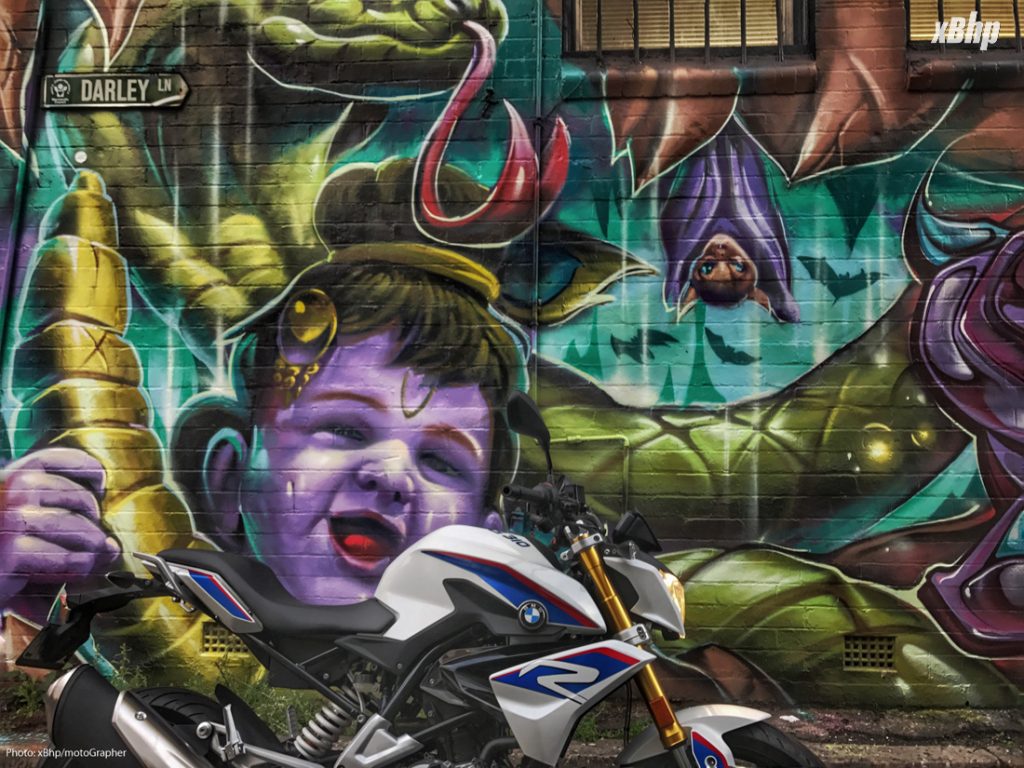 The Competition
This is the Bavarian manufacturer’s foray into the sub-500cc segment and neighbouring Austrians are in their crosshairs. The KTM Duke 390 better watch out, the Germans are coming! 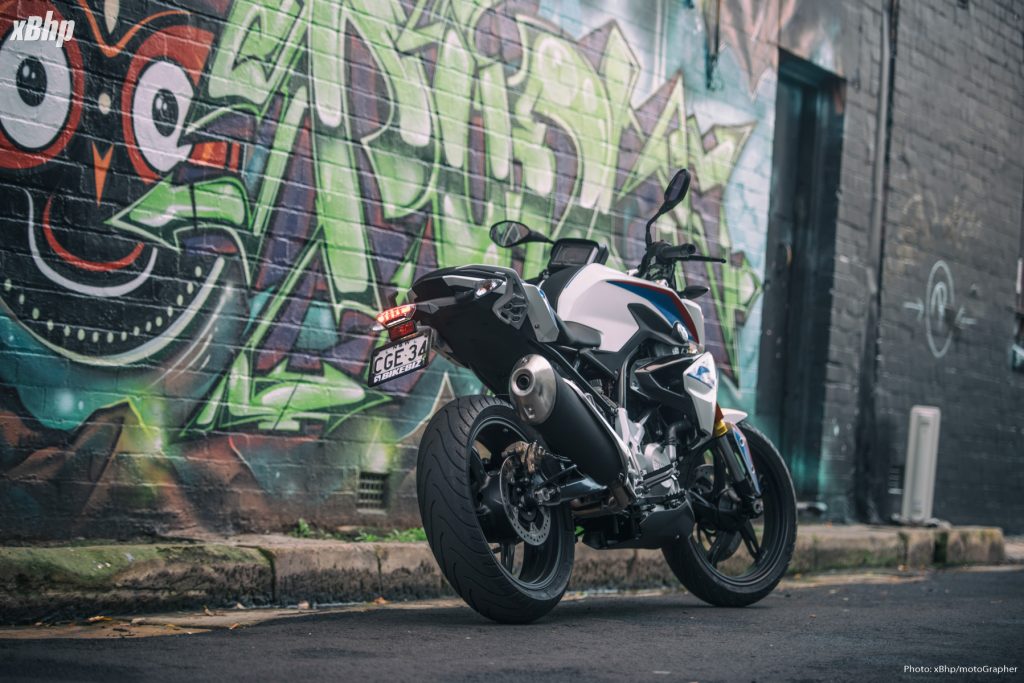 It’s the way between the two Ms – Mattighofen and Munich.
Understandably so, the immediate comparison of the G310 R is the KTM Duke 390. Leaving everything else aside – both are made in India by Indian motorcycle companies for European stalwarts. However unlike KTM, TVS doesn’t own any shares of BMW, at least not that we know of.

Visually the BMW is a gentleman while the KTM is that ultra flashy teenager. Almost all equipment on the Duke has more street presence than on the BMW. The full LED headlamp, the colour giant TFT screen with gizmowizardry like Bluetooth and then the flashy orange of course. The design of the Duke would be suitable for a concept bike, while that of the BMW is subdued and to the point. 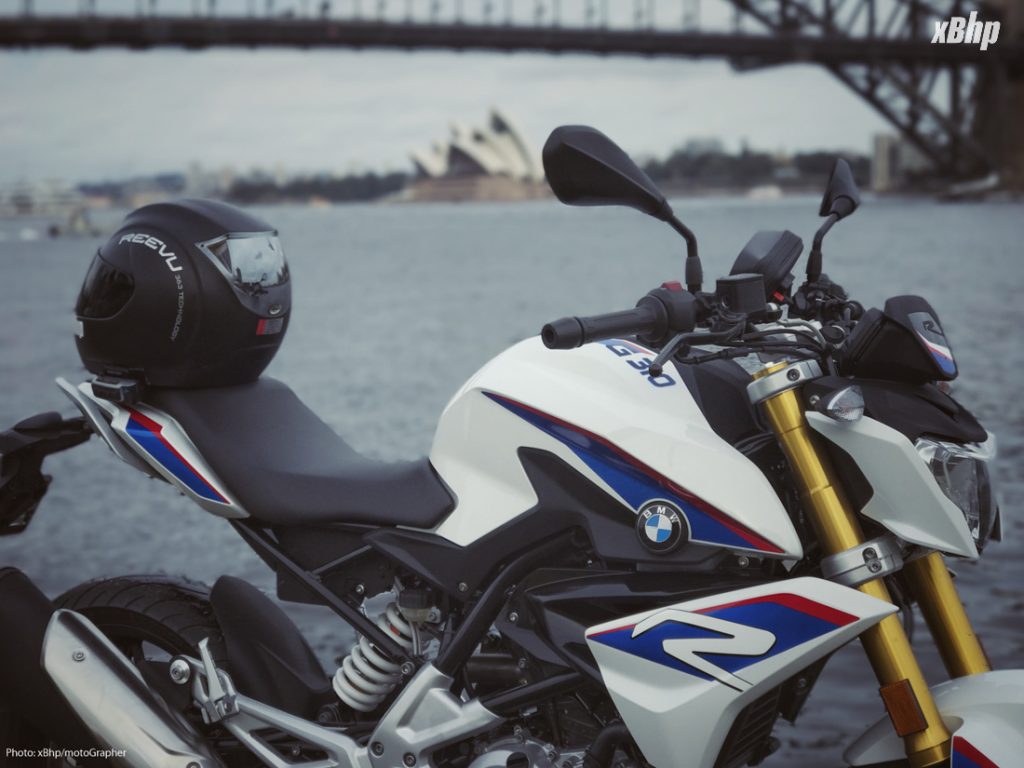 Though on its own, the BMW is an eyecatcher. Especially in the White with blue and red that we rode. One of the reasons it garners so much attention is that from certain angles it does look bigger than a 300. It looks pretty, but an LED headlight would have added a touch of modernity to the front. 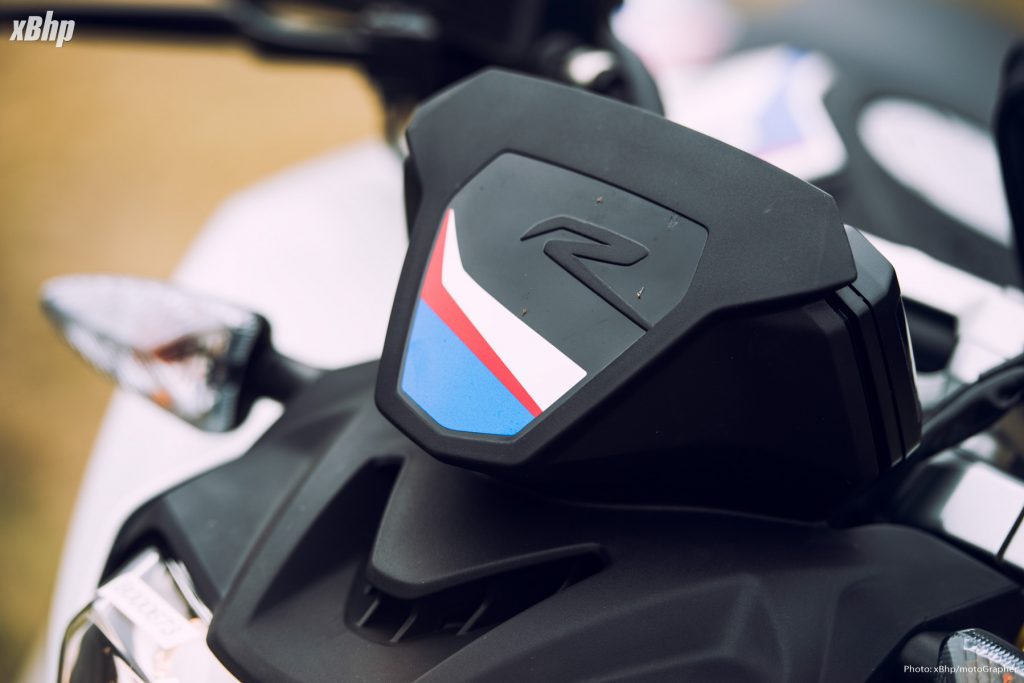 The biggest difference perhaps comes from the fact that the Duke 390 is a full 10 Bhp more than the BMW G310 R.

So what propels the bike forward to plaster that grin on your face?
A 313cc liquid-cooled single-cylinder engine with four valves and two camshafts, producing a healthy 34 bhp at 9500 rpm and 28 Nm at 7500 rpm. Figures which are not going to set your heart aflutter, nonetheless it will get the job done. Added to that is the 158.5 kg weight and you have a lightweight roadster ready to fight traffic! 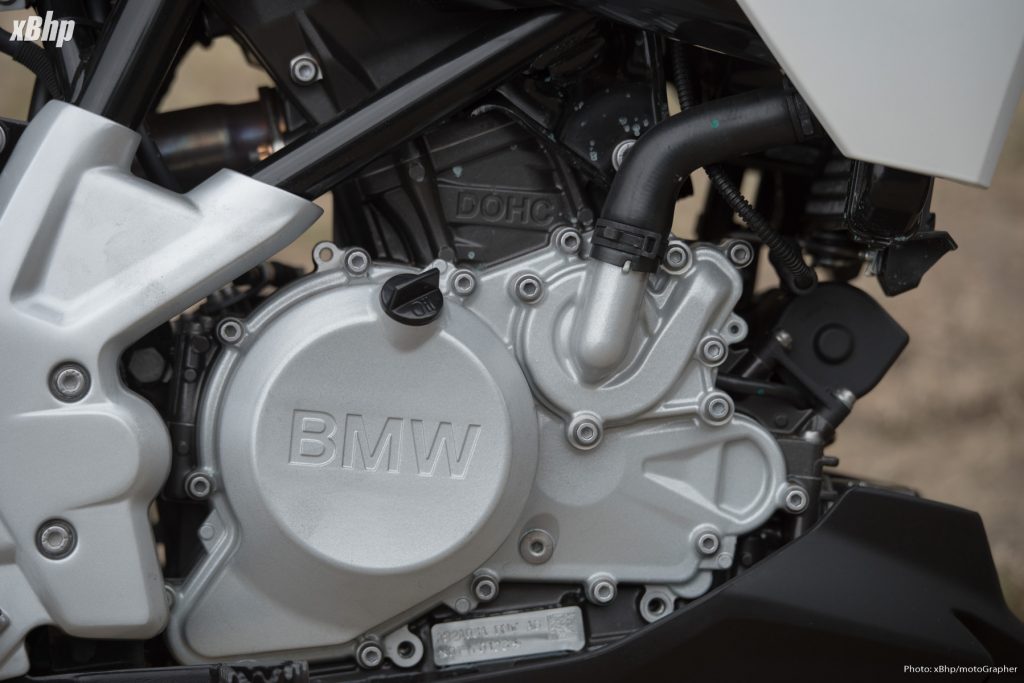 The bike power wheelies in first gear, which is fun in traffic! Acceleration from standstill is excellent and you always have power on tap for your everyday urban riding. 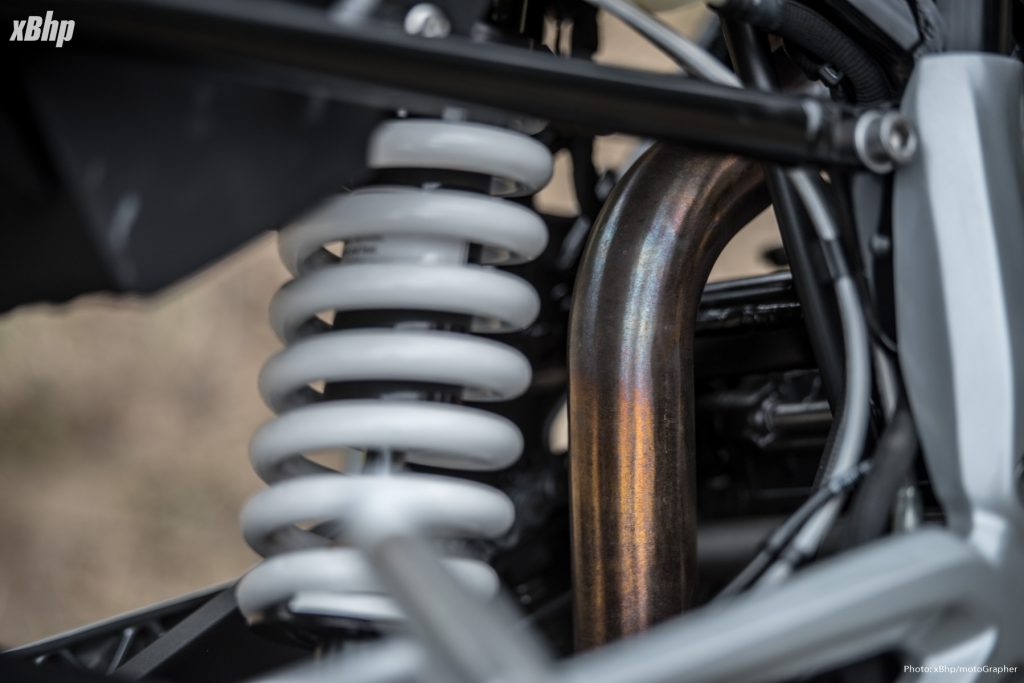 Handling
The sweet handling of this bike is thanks to the rigid tubular steel frame, the rear is a bolt on subframe. Add to that the longer swing arm and you have a motorcycle which is confident through corners and stable as if on rails in a straight line. Braking is taken care by a 300mm disc at the front and 240mm at the rear. ABS is standard. The good brakes would have been great brakes with a larger disc at the front. Stability in hard braking is excellent with the 41mm Kayaba USD forks.

A rather unique feature of the G310 R is the engine mounting, where the intake is at the front and the exhaust is at the rear, allowing the engine to be mounted further ahead. This frees up room, which allows the bike to utilise a longer swing-arm without increasing the overall length. 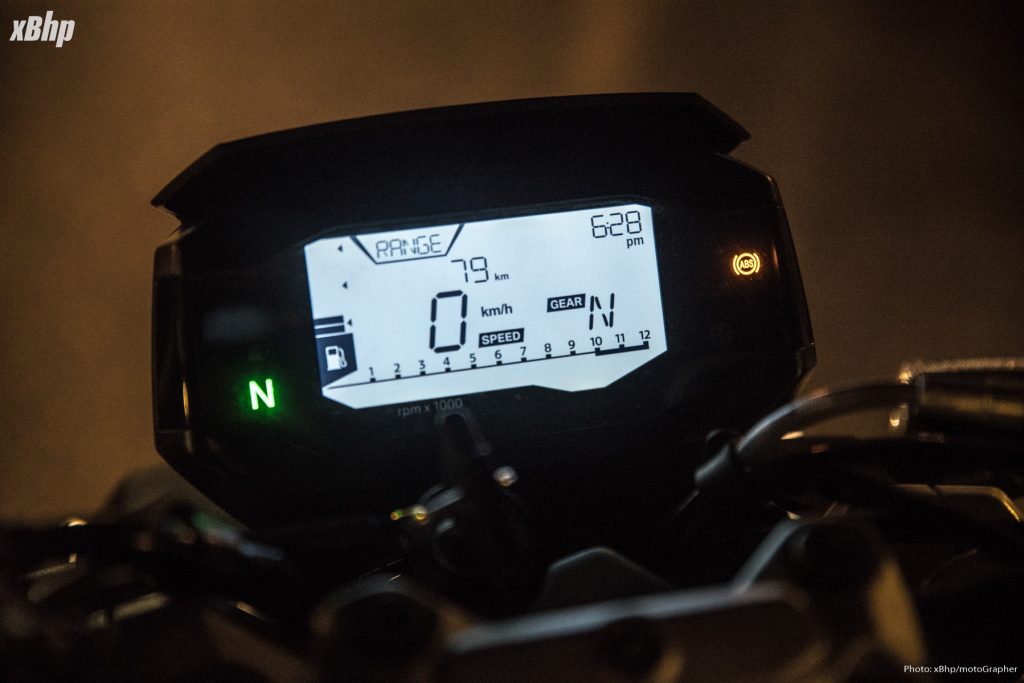 The end result of which is that the bike is intuitive in its handling. You think and the bike has done it already. Not just corner carving, but urban riding is a lot of fun as well.

The saddle on the G310 R didn’t seem particularly comfortable, though that could be because I had just got off a Ducati Multistrada! 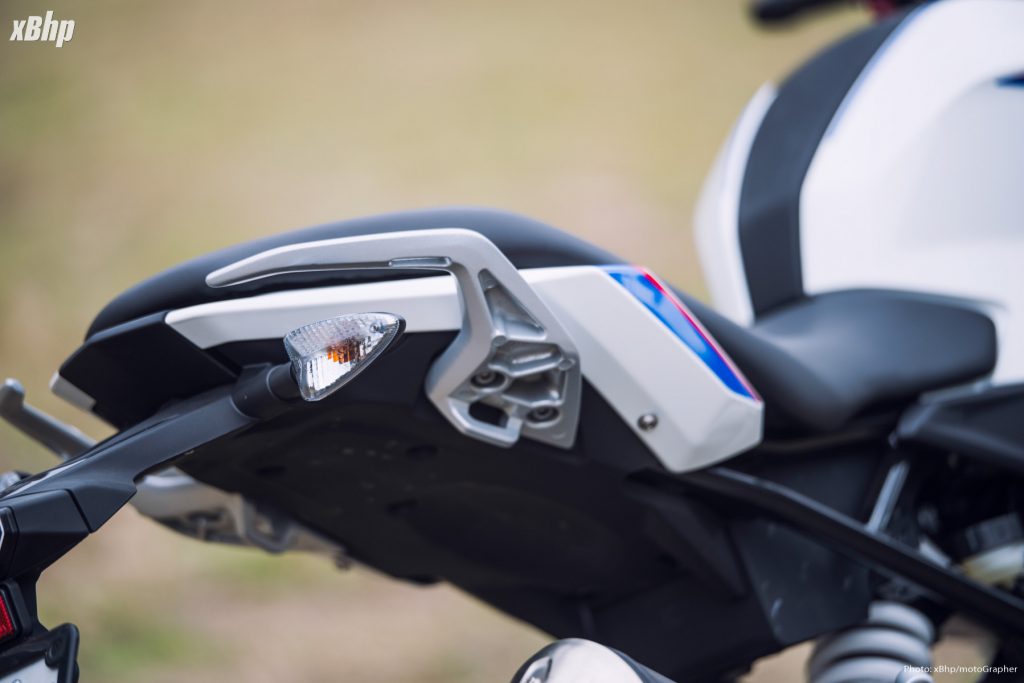 Forward Thinking!
The advantage of developing a solid engine from the get go? You can use the same one, albeit with minor retuning and fit it into different style motorcycles. The GS310 is due to be released in a few developed markets soon this year. It will be an adventure motorcycle with the same engine, however geometry and equipment suited for taking the bike offroad. For example a 7 odd inches increase in front suspension travel, larger 19 inch cast alloy front wheel and maybe tyres like the Metzeler Tourance. 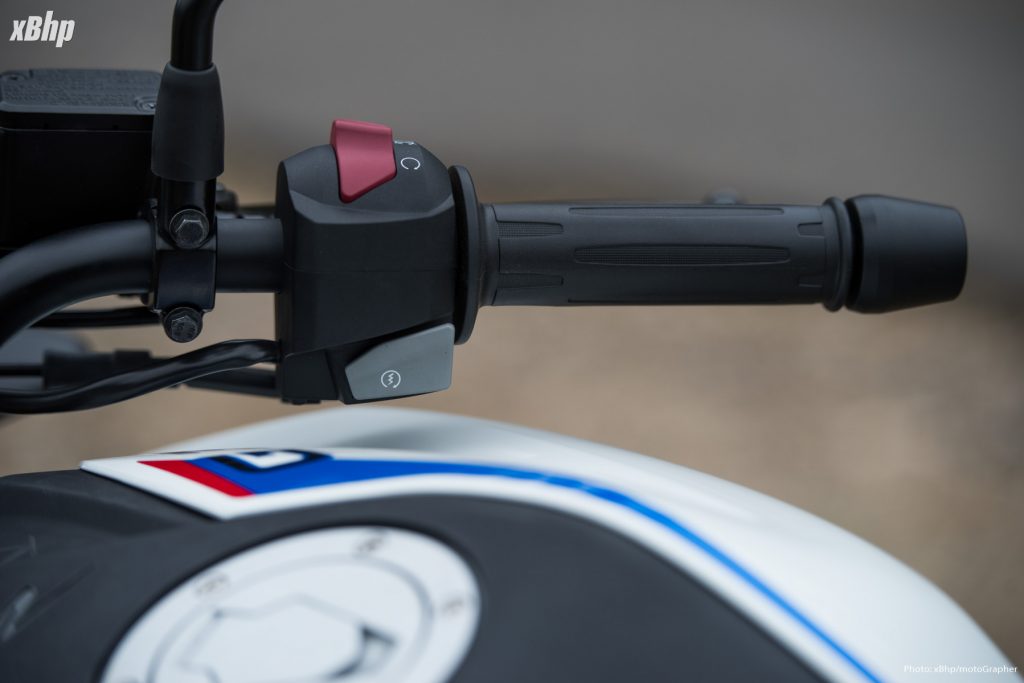 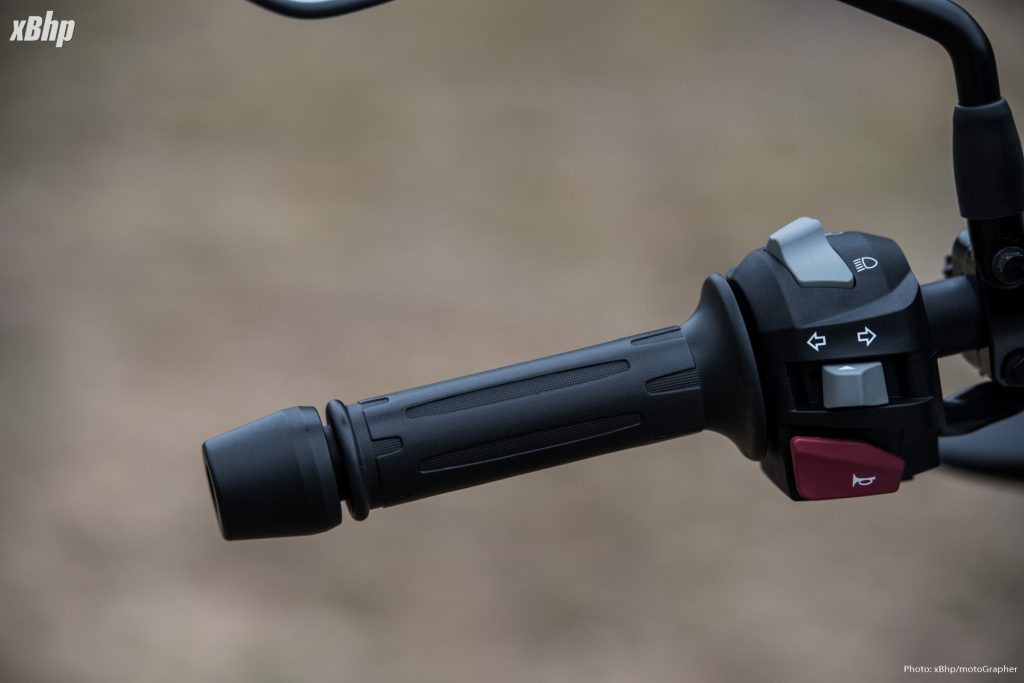 BMW have now stated that the bike will be launched not before 2018. The company wants to set up their dealer network before launching the motorcycle here. Which makes sense. Though many enthusiasts will be disappointed with that news. When it does come, it would need to undercut the Duke 390 by 10 odd percent for it to properly challenge the Austrian!