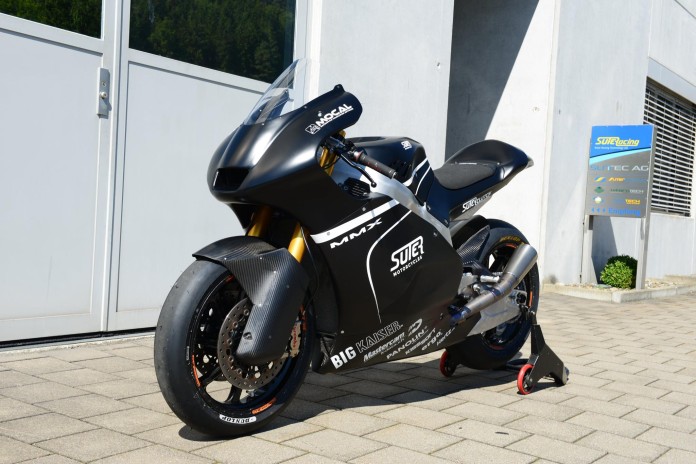 In its announcement, the firm confirmed that it would not be applying for a Moto2 constructor’s license for 2016.

For 2016, the firm did announce that all of its efforts would be concentrated on the development of the Mahindra Moto3 machine whilst supplying a range of parts for various outfits and factories in said junior class.

Suter’s withdrawal was a move many had expected after the firm declined to reveal as to how many bikes it would have supplied in the Moto2 class for 2016. This year saw just two bikes line up the Moto2 grid in the Qatar season-opener.

Suter has had several high points in the class starting with its three consecutive constructors’ titles won in 2010, 2011 and 2012, followed by one riders’ title claimed by Marc Mar quez in 2012. Despite this and several strong performances in 2014, the switch to Kalex bikes en masse by most teams was inevitable, leading to Suter’s decline and eventual resignation from the Moto2 class next year.

2016 will see just three constructors remain in Moto2, with the bulk of it comprised of Kalex bikes (26 entries in total) other alongside independent constructors Tech 3 and Speed Up.

Suter’s exit is in part down to its performance, however this is also a strong sign of the strong conservatism reigning within the paddock. It is more or less a clear case of most teams seeing other teams winning and trying to copy their success by acquiring the same, of not similar, equipment.

Another interesting thing to note here is how exactly will organisers and commercial rights holders Dorna intend to resolve the situation since the Moto2 class was conceived with the creation of a diverse environment in mind. A good reminder of that was back in 2010 when the class was held for the first time and saw up to 14 constructors that entered and scored points.