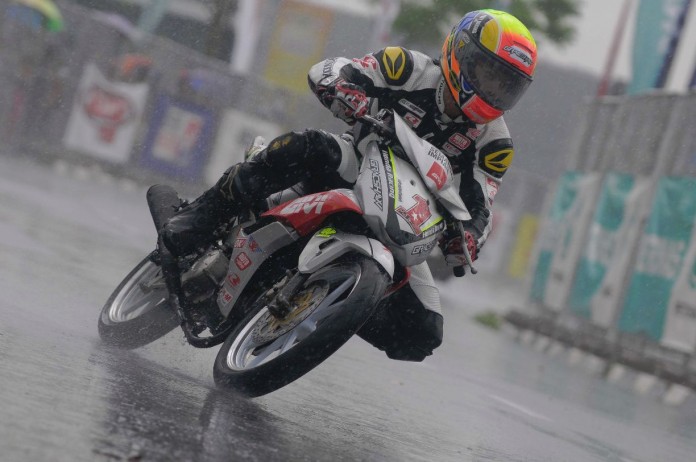 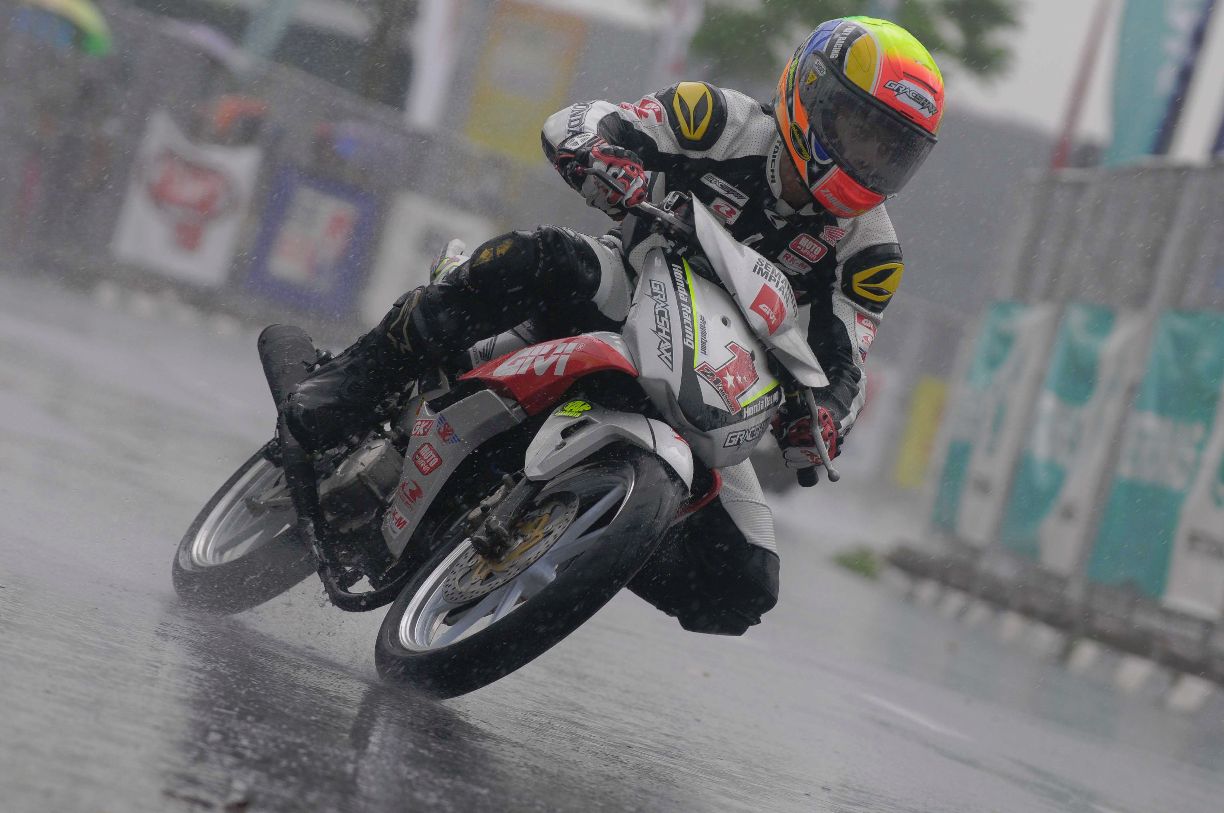 Reigning CP130 Champion, Zaqhwan Zaidi said he is relieved to step on the podium in Round 6 of the PETRONAS AAM Malaysian Cub Prix Championship in Kangar, Perlis last weekend, even though Yamaha’s Ahmad Fazrul Sham and Ahmad Afif Amran outpaced him. 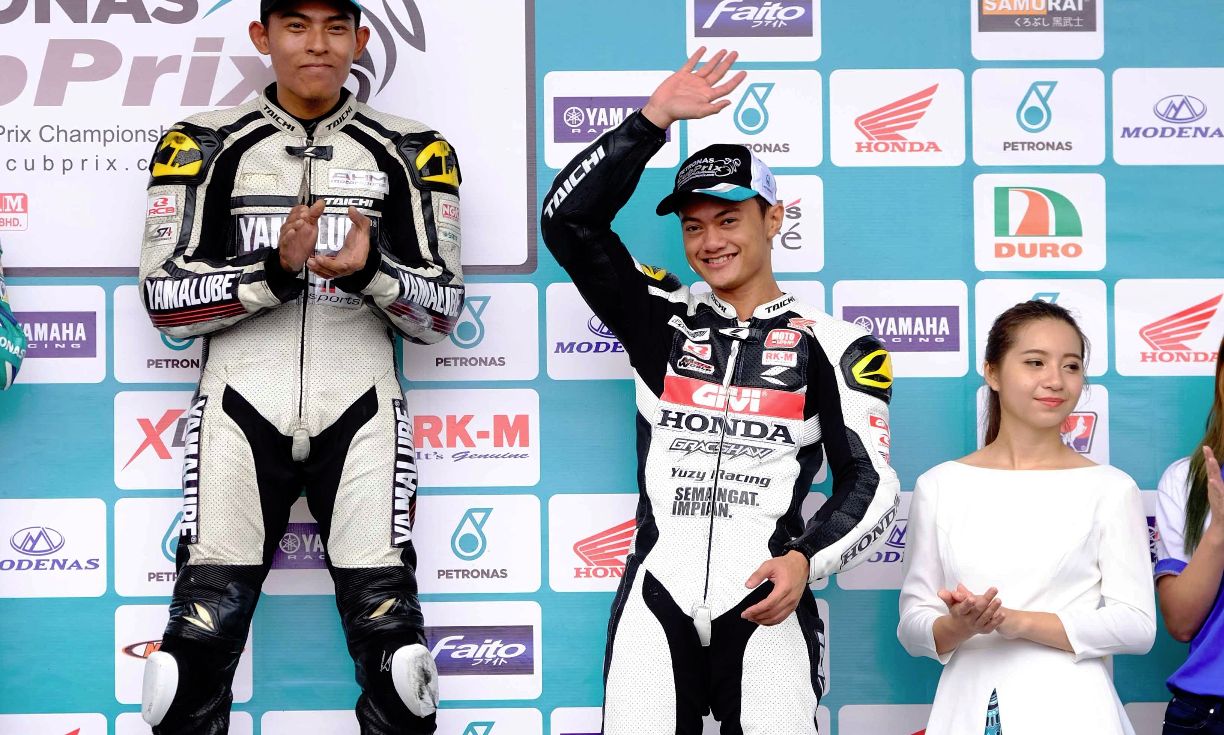 Zaqhwan had come into the race optimistic about his chances having ran two successful off-season test with Givi Honda Yuzy Racing and had maintained his optimism after he made the top-10 on Saturday’s practice. The 21-year old was hoping to increase his pace in the hotly-contested SuperPole but his efforts were hampered by a mistake and it saw him qualify for third row.

However that did not stop Zaqhwan from powering his Honda to the podium as he brilliantly took a safe-approach in the 18-lap rain-hit race, battling Rozaiman Mohd Said in the first eight laps before his Harian Metro Y-TEQ SCK Honda Racing rival suffered a huge wobble and lost position. 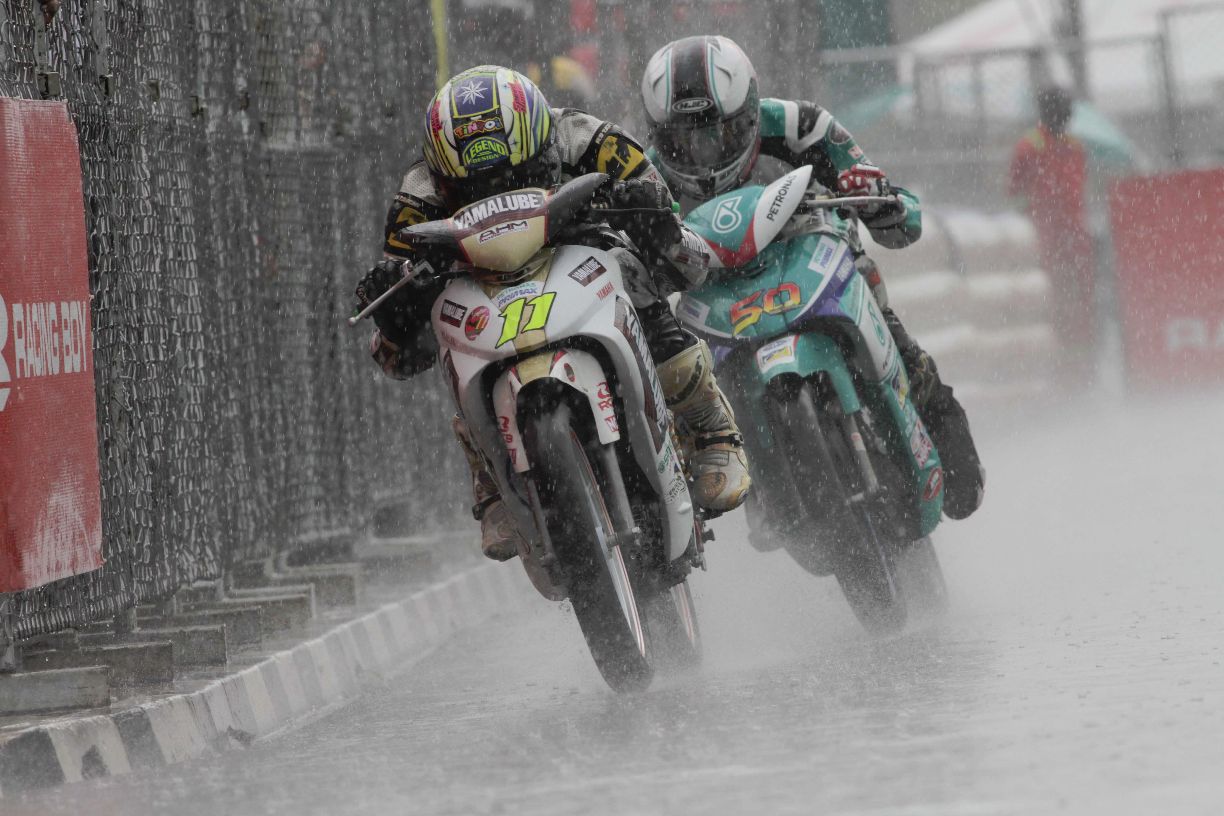 Although his race pace was not good enough to match Ahmad Fazrul Sham (Yamalube AHM) and Ahmad Afif Amran (PETRONAS Yamaha CKJ), the Banting-born rider was overjoyed to put his team back on the podium. 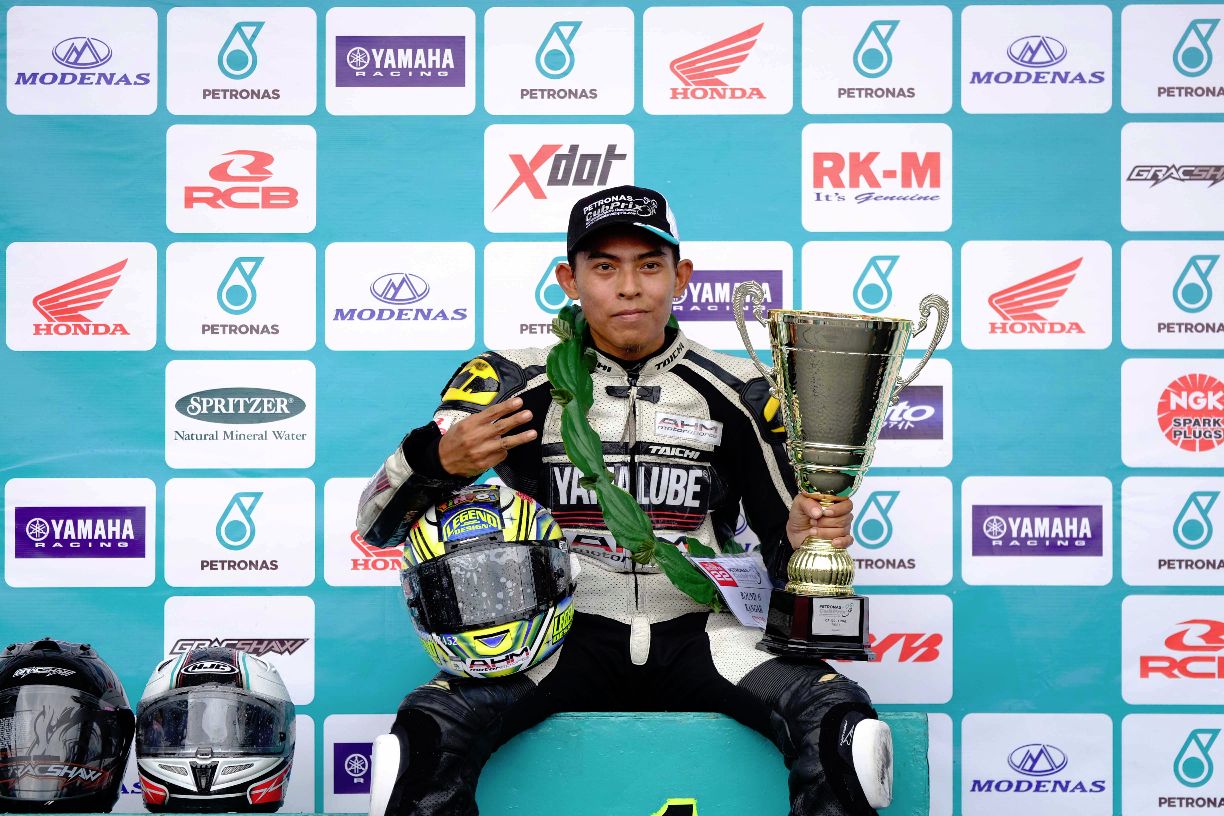 “It feels great to step on the podium again where Yuzy Racing belongs,” said Zaqhwan. “We made many improvements from the last race and continued working on the machine throughout the practice and qualifying. We clearly had the pace on Saturday but I made an error during SuperPole.” 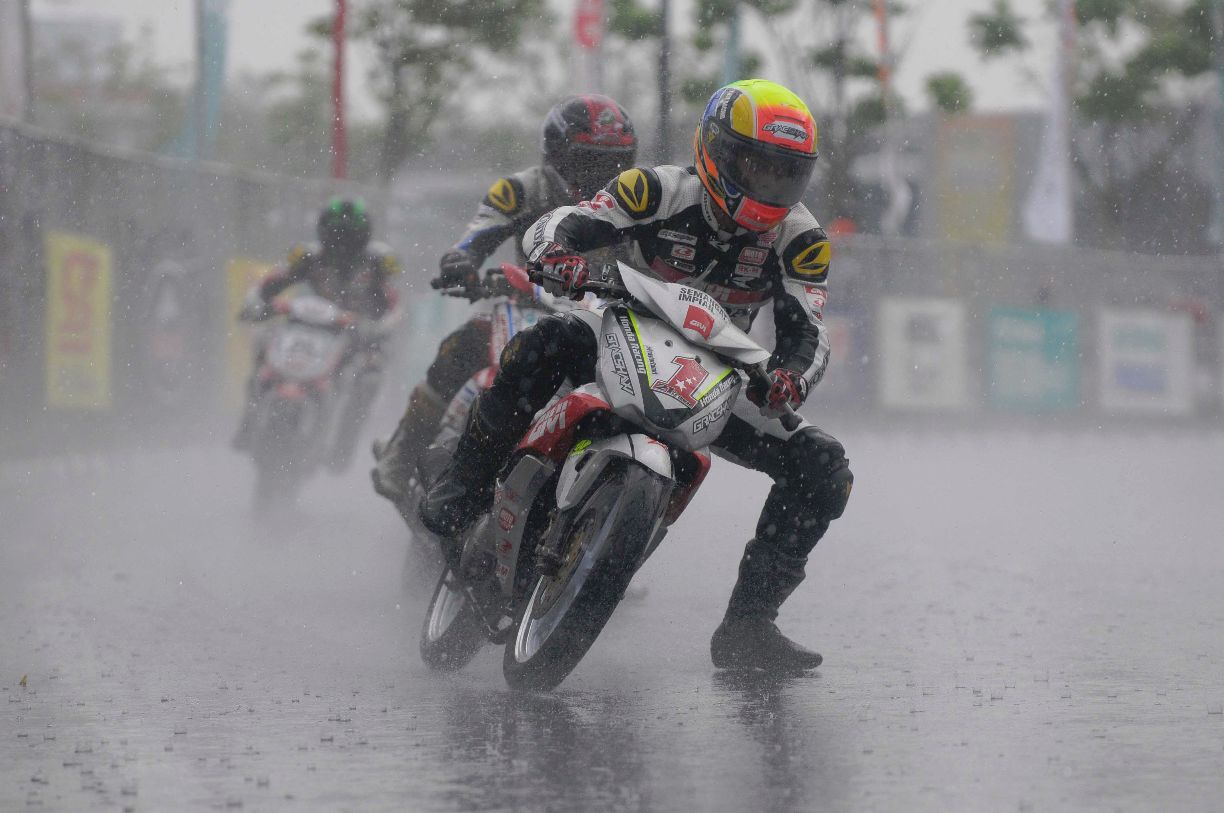 “If it was a dry race, it would have been an uphill battle trying to reach the front but luck was on our side when it rained. With the track being extremely wet, I knew we had a fighting chance to get on the podium so I did my best to have a good start and steadily made my way to the front. A lot of riders crashed and I guess that helped us as well.”

“Hopefully we can keep the momentum rolling for the remaining four races. With 100 points up for grabs, I believe we still stand a chance to get into the top five by the end of the season,” he added. Kangar winner, Fazrul Sham leads the CP130 standings with 95 points with PETRONAS Yamaha Maju Motor duo, Ahmad Fazli Sham and Abdul Muhaimin Roslan trailing behind with 70 points and 69 points respectively. 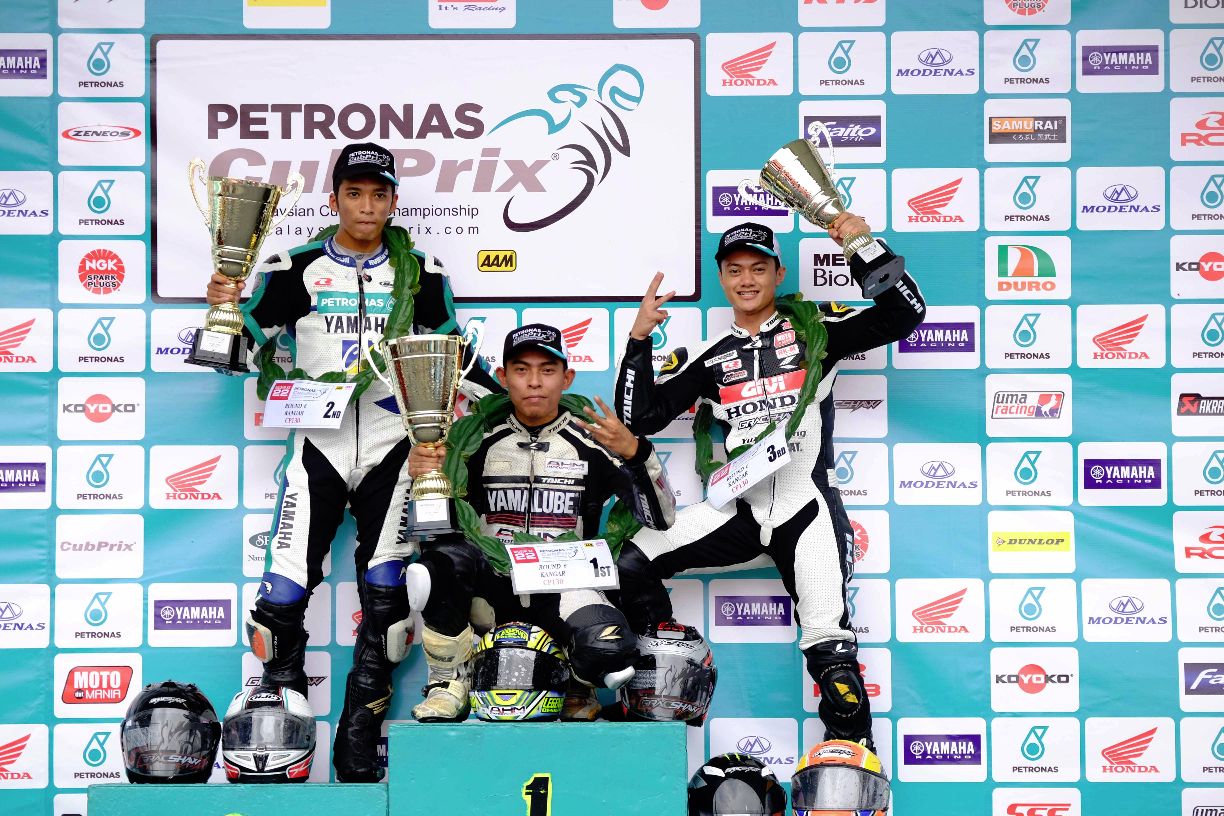 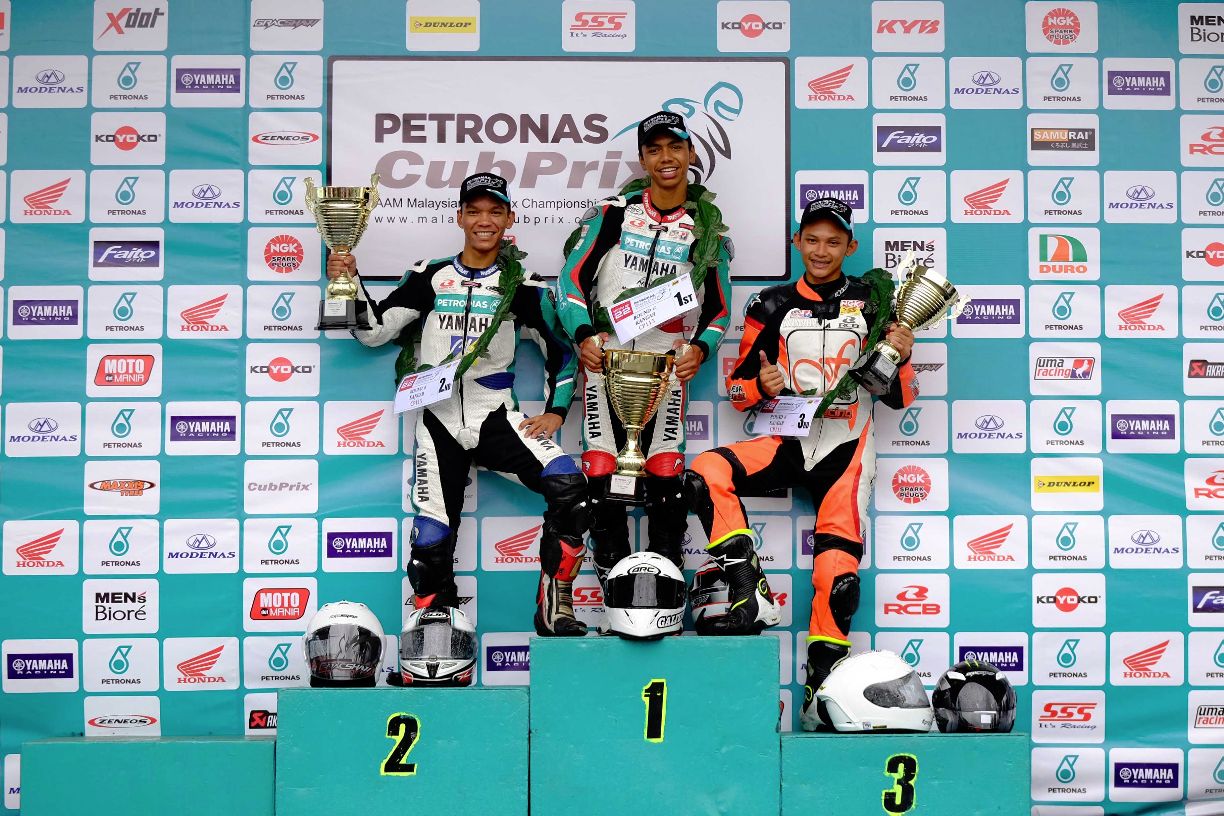 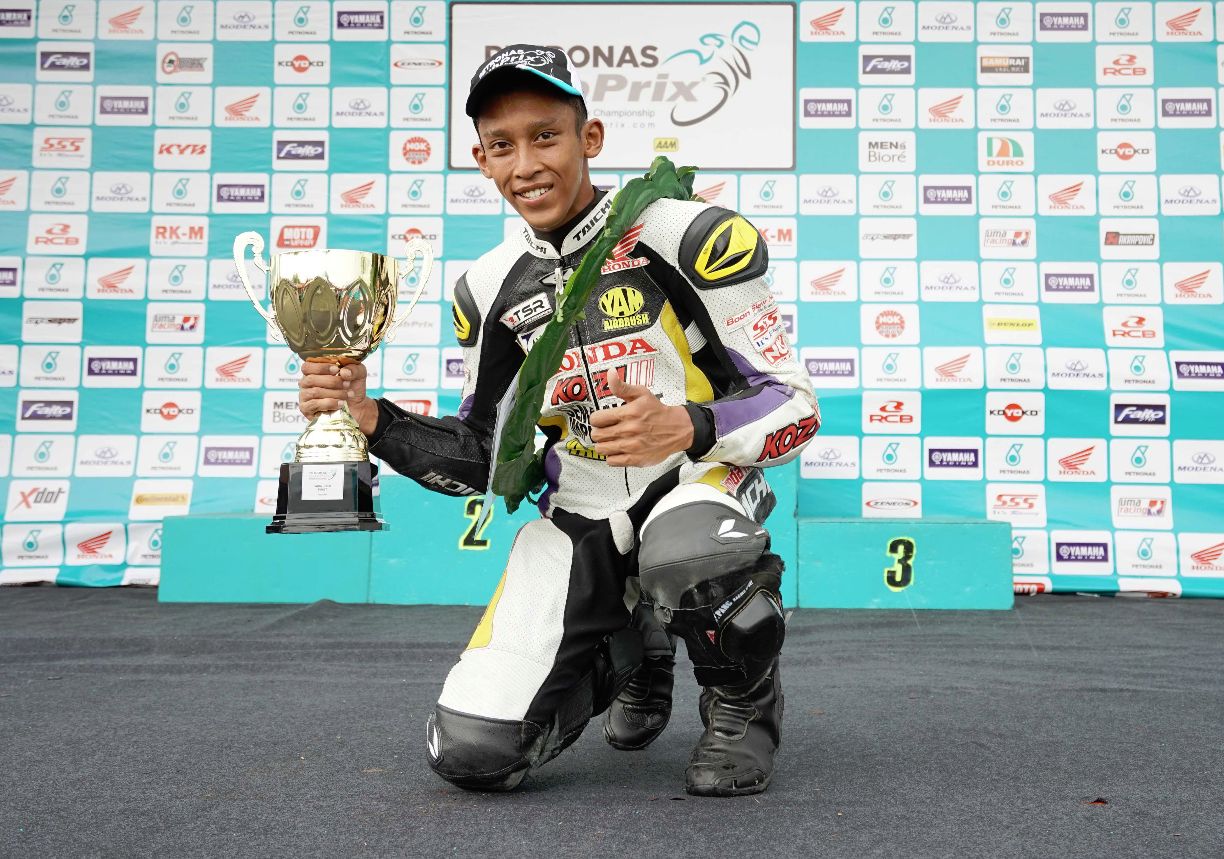