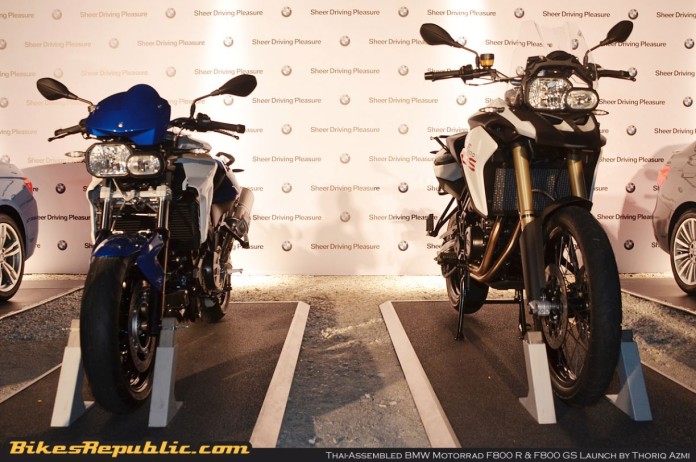 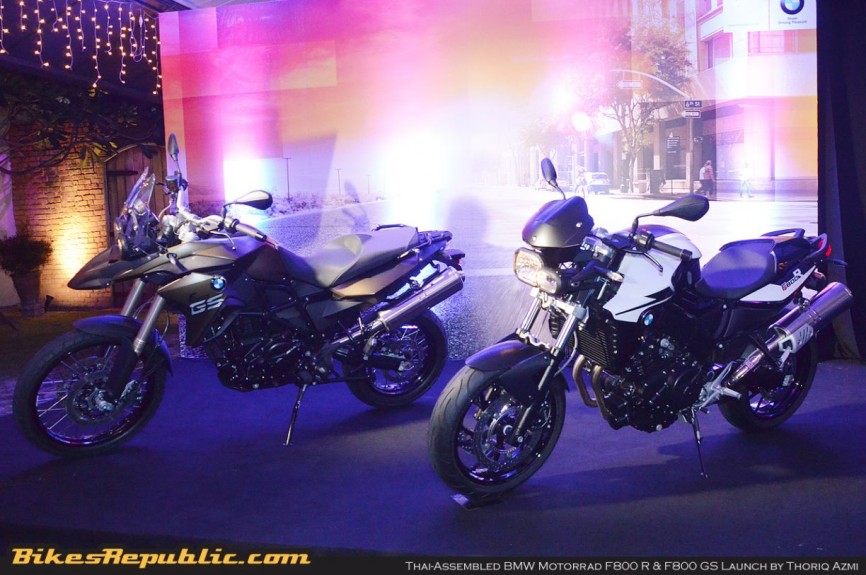 The Motorrad sub-brand’s first ever models assembled in the BMW Group’s Thailand-based plants comes in the form of the F800 R naked and F800 GS enduro. Both bikes were introduced earlier this evening in conjunction with the Malaysian introduction of the 4-Series Gran Coupe. Both models are now available in our market as Thai-CBU models with revised price tags, as well as a significantly reduced delivery time as well. 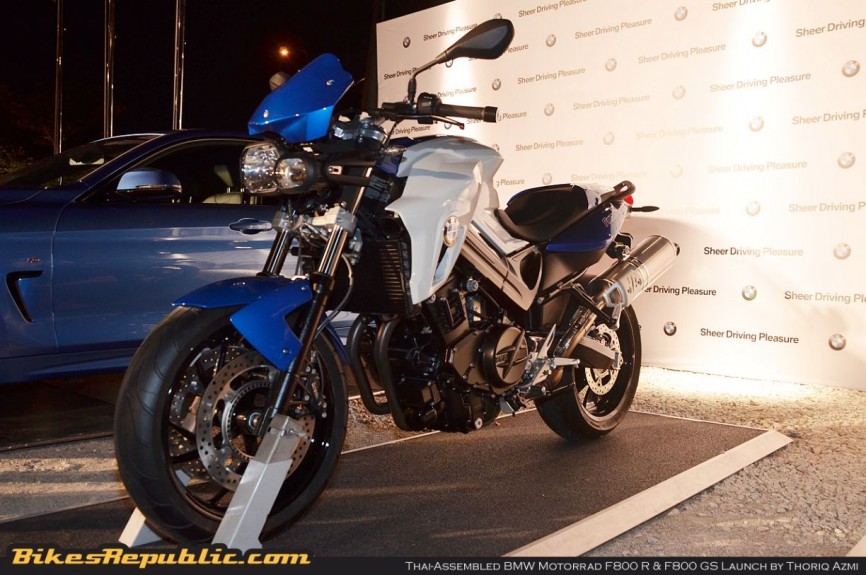 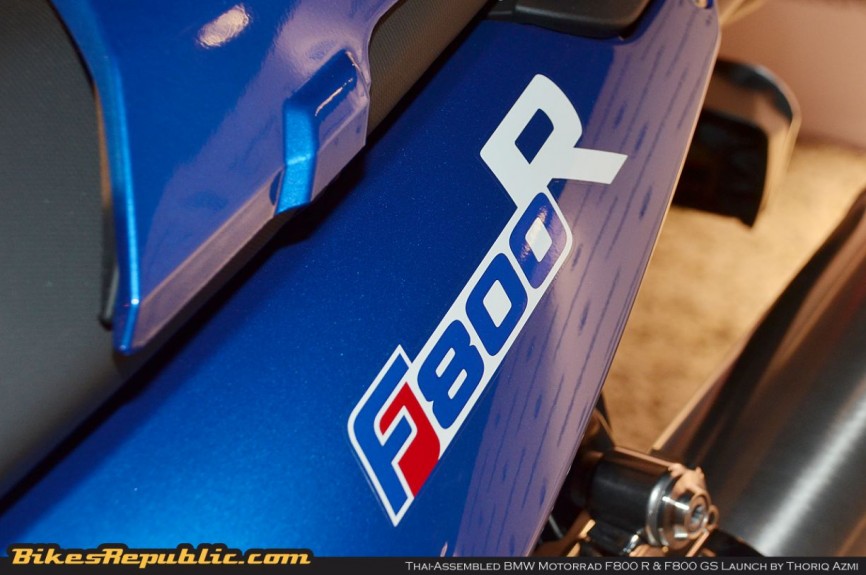 Highlights in its kit list include an optional Akrapovic slip-on silencer, as well as ABS brakes offered as standard to compliment the front’s twin floating 320mm discs with four piston calipers and a single 265mm disc with a single piston at the rear. The model is also available in three paintjob options – Racing Blue Metallic, Light White, and Sakhir Orange. 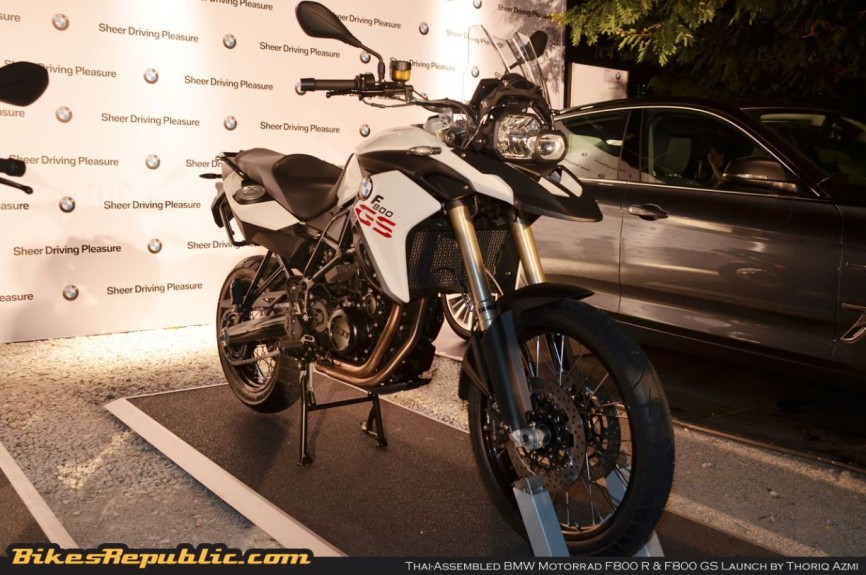 Next comes the F800 GS. Carrying the two acronyms that is highly revered in the enduro bikes segment, the F800 GS model lives up to the reputation upheld by the Motorrad’s sub-brand GS range. Power comes courtesey of a liquid-cooled 798cc parallel twin engine that features twin-camshafts, two valves per cylinder, as well as a dry sump lubrication system. The package generates a healthy 85hp at 7,500rpm and 83Nm of maximum torque at 5,750rpm. The mill also boasts a combined fuel economy rate of 3.8 litres/100km. 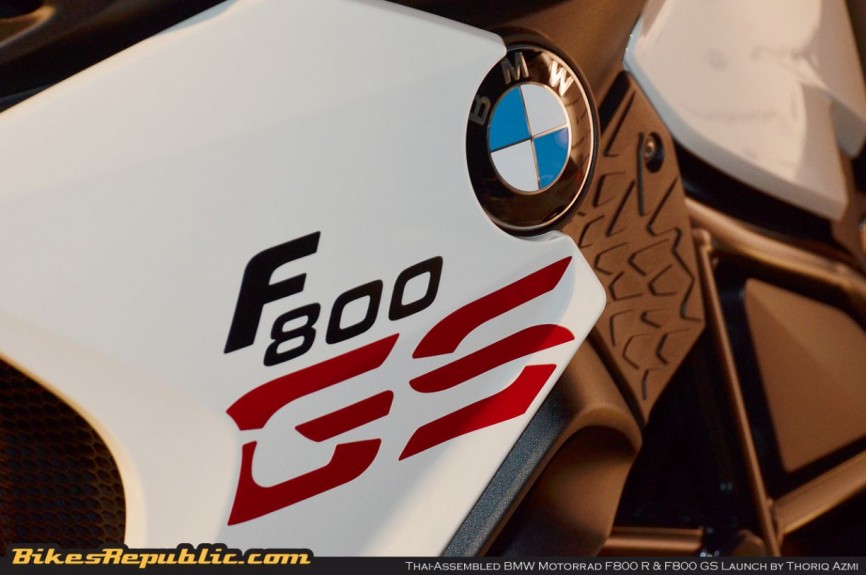 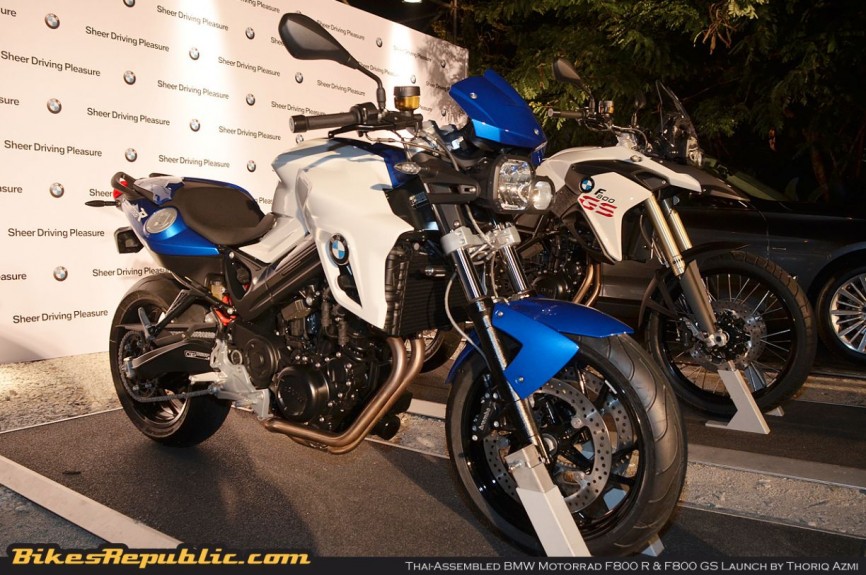 Both bikes are now available for purchase at all authorised BMW Motorrad dealers nationwide. Excluding insurance costs, the F800 R retails on-the-road (OTR) for RM63,800. The standard F800 GS on the other hand is priced OTR at RM73,900 whilst the low seat variant is tagged at RM76,900 (both excluding insurance costs.)

As an added bonus, purchases of both Thai-CBU models will benefit with BMW Motorrrad Malaysia’s exclusive special service program that covers free lubricant service for up to two years or 40,000km (whichever comes first). Prices also include BMW Motorrad’s standard offer of a two-year unlimited mileage international warranty as well.