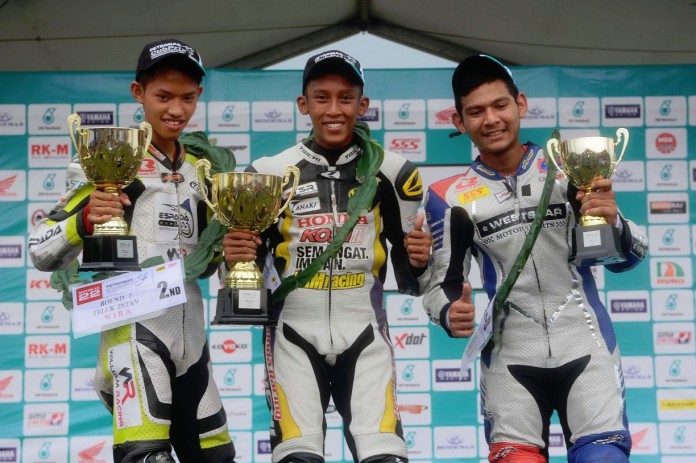 Harith Farhan Baharin romped to his sixth straight victory to clinch the 2015 WIRA title before the PETRONAS AAM Malaysian Cub Prix Championship organizers cancelled the CP130 and CP115 race due to a thunderstorm that threaten the public’s safety at Teluk Intan, Perak on Sunday. 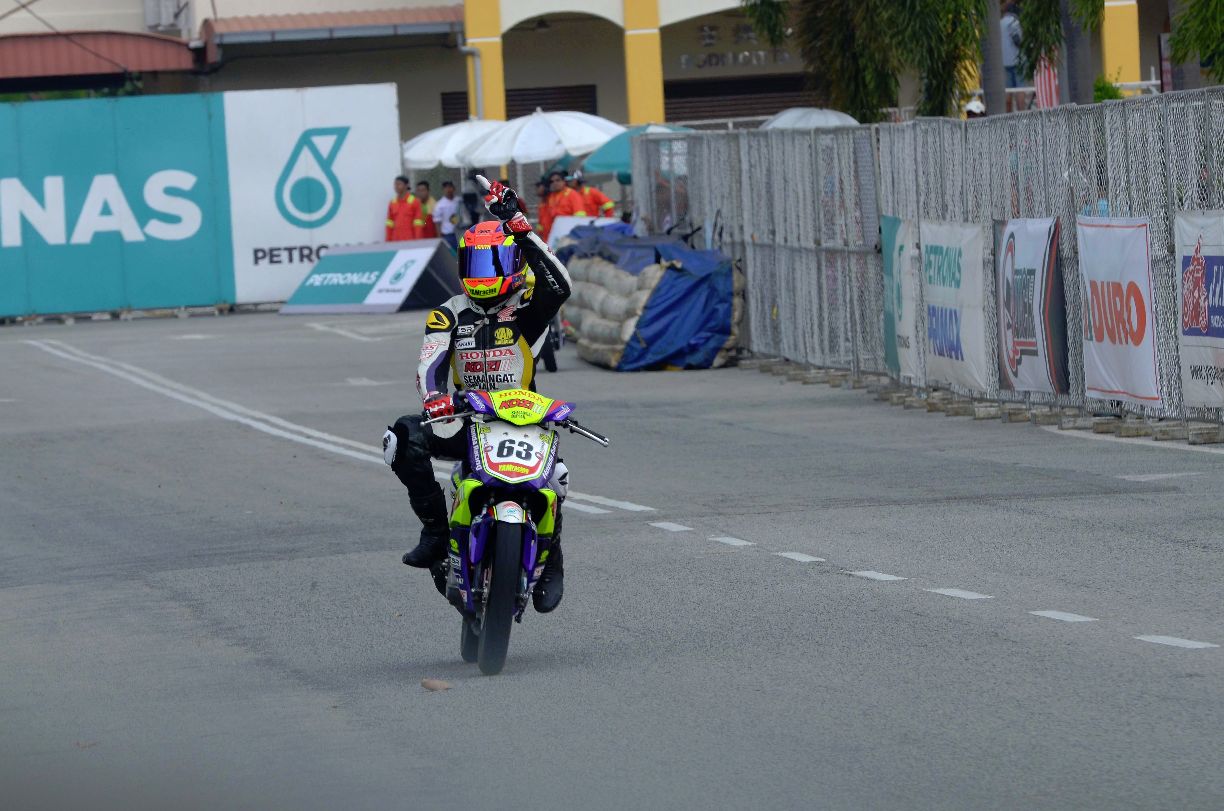 This is the first time the championship promoter, Safe Aim Mutual Sdn Bhd (SAM) had to call off a race in seven years. The last time such a decision was made was back in 2008 in Kuching, Sarawak. Prior to the heavy downpour and strong winds that wrecked havoc across the venue, Harith of Kozi Yam Honda Racing claimed his maiden Cub Prix title in an inch-perfect race, completing the 12-lap battle in 11’48.241s. 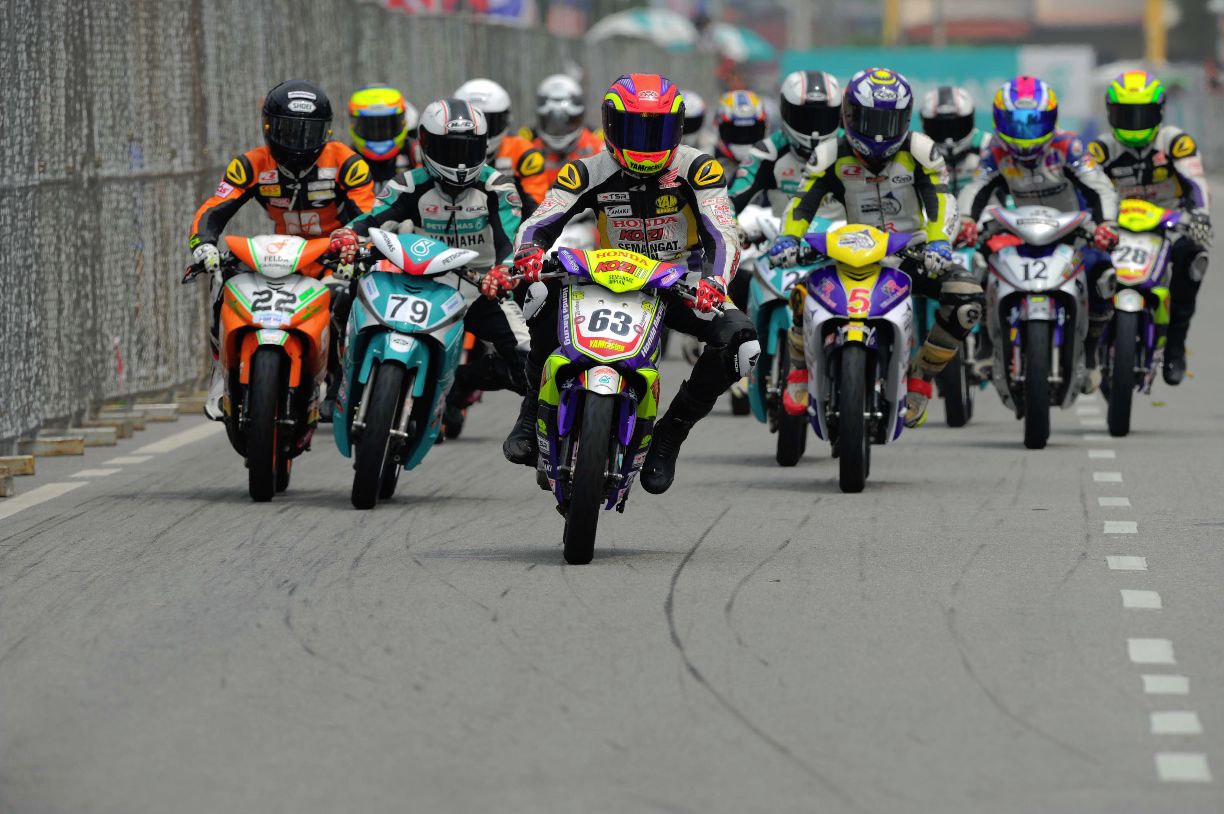 “Words can’t express how happy I am to finally have a Cub Prix title to my name. I dedicate this win to the team who have worked tirelessly this season and also my family and fans who have supported me all the way,” said an overjoyed Harith. He added, “We were confident about winning the race but we did not expect to clinch the title at this stage because we only had a 52-point advantage. Furthermore we anticipated Saiful would be strong. But I was told he crashed and I guess that became the turning point of the championship.” 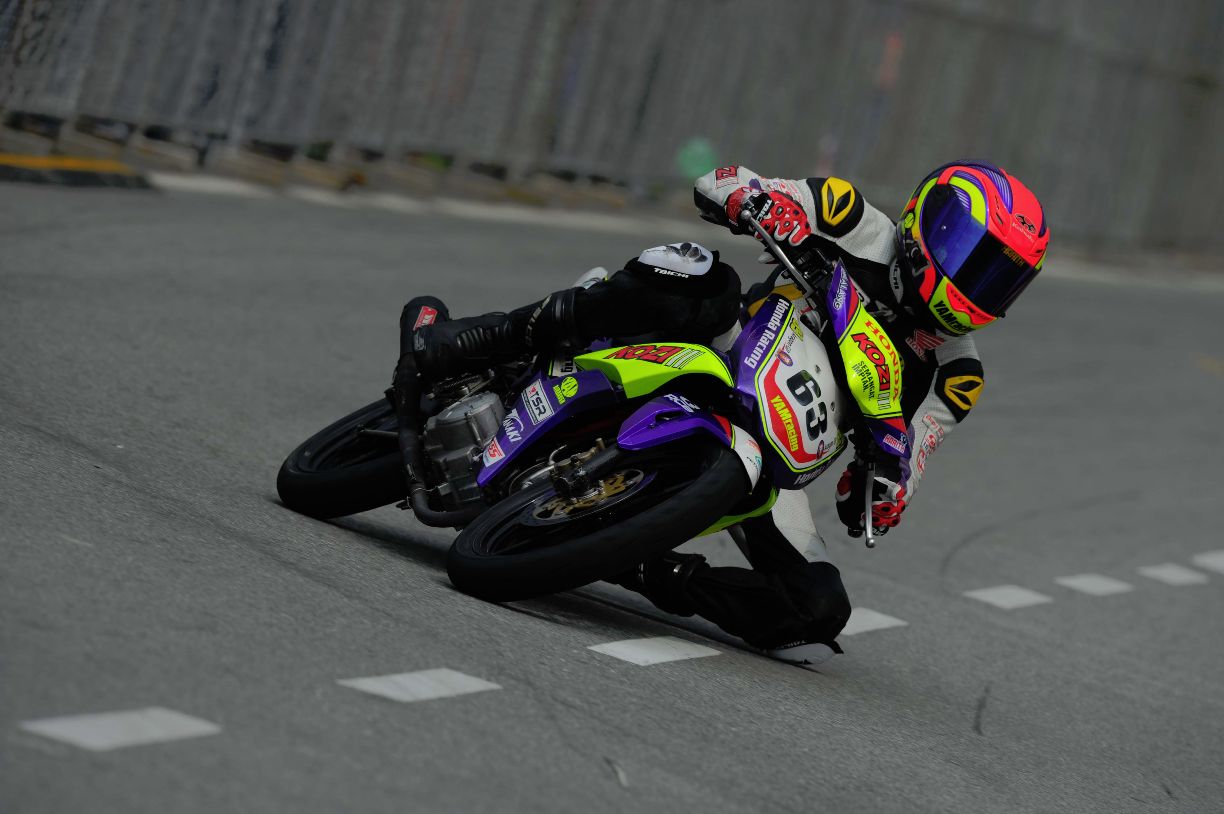 When asked about his plans, now that he has won the WIRA crown, Harith insisted that he will remain in the age-capped class until the end of the season before making a jump to the CP115. “I think it’s too soon for us to move up the ranks. Although personally I think I’m ready, there is still a lot for me to learn in the WIRA class. But if towards the end of the season the team wants to compete in the CP115, I will embrace that opportunity,” he said.

Harith however was not the only rider to win a title as Mohd Hazieq Fairues chalked his seventh consecutive victory to win the Yamaha PETRONAS Super Series title. The 15-year old lifted the title with 175 points, beating Shahfiq Shahrun Nizam and Imran Hadi Mohd Ismawi after completing the 10-lap race in 10’57.758s.