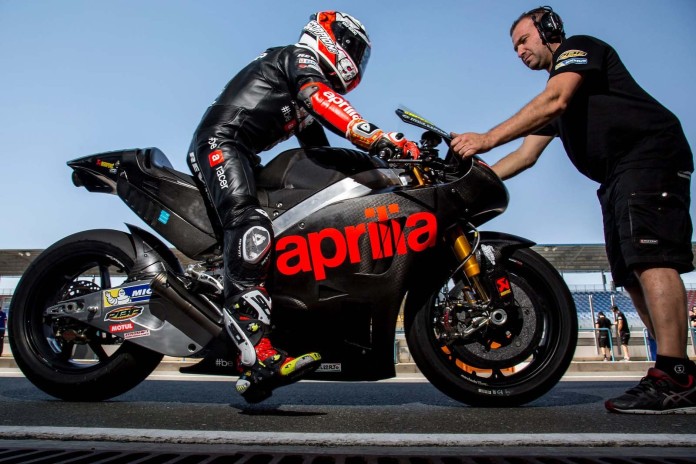 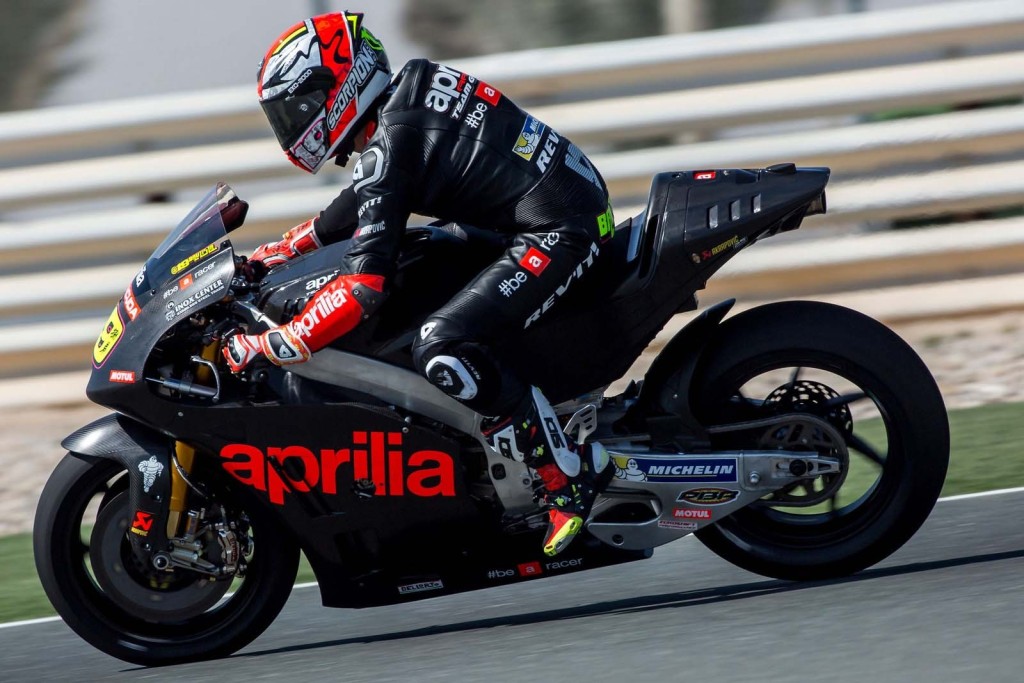 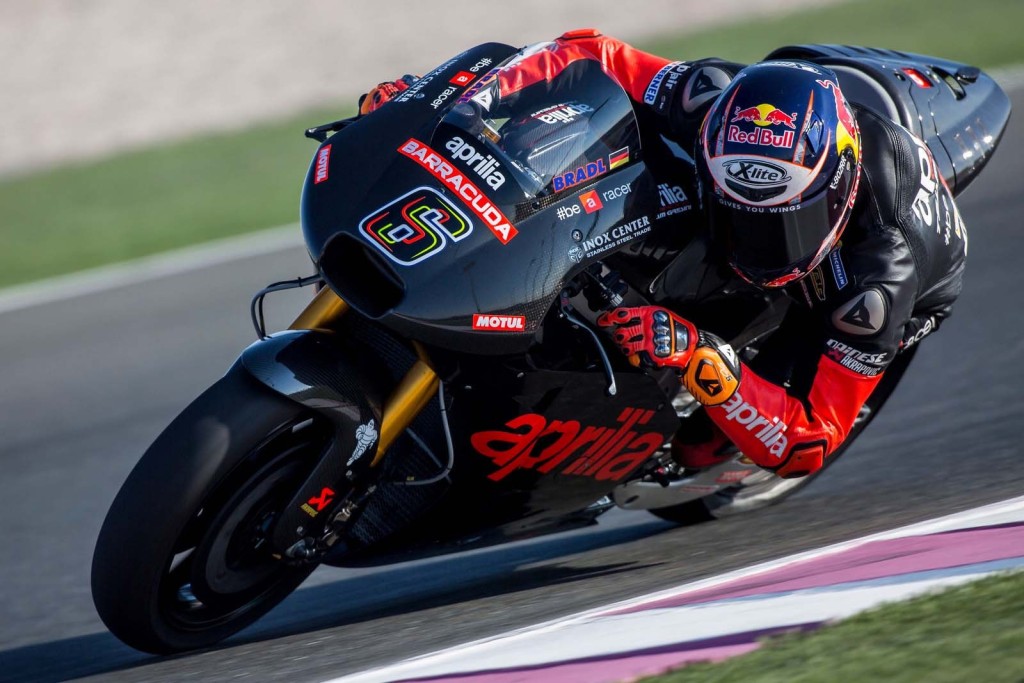 After what seemed like an endless struggle lasting throughout the 2014 and 2015 seasons, the Aprilia Racing Team Gresini is looking to change its fortunes in the upcoming 2016 season with its totally new machine. 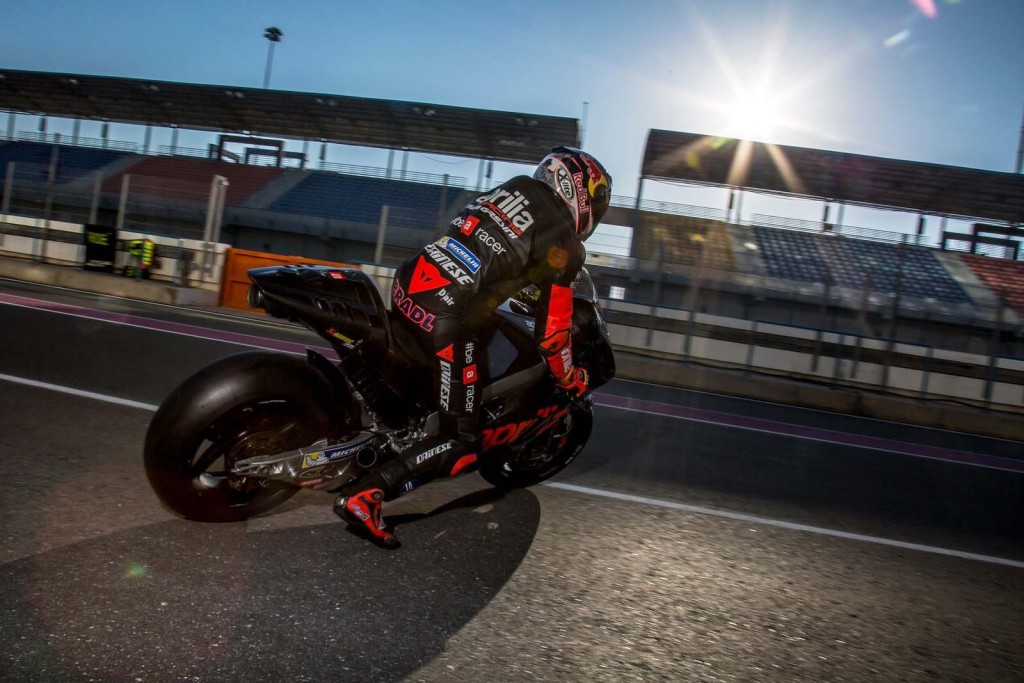 Unlike the last Aprilia RS-GP machines the out fit raced, which were developed and built based on Aprilia’s production-based superbike, this new 2016 Aprilia RS-GP is totally new from the ground up. It has an all-new V4 engine underneath as well, but debate has risen over what cylinder angle it has now. The previous Aprilia RS-GP had its V4 engine use a 65-degree cylinder angle as found in the Aprilia RSV-4 road-going superbike.

The team was spotted testing with the old Aprilia RS-GP bike prior to this during the Sepang Tests. Much of the tests in Sepang revolved around data acquisition with the new unified spec-electronics and Michelin tyres. (Read our reports from the recent Sepang Tests here and here)

Clearly, much of the data collected in Sepang have led towards properly developing this new 2016 Aprilia RS-GP. The new bike also underwent an initial shakedown in Aragon, Spain prior to its three-day stint in Qatar with riders Alvaro Bautista and Stefan Bradl.

Reports further indicate that the new 2016 Aprilia RS-GP is now considerably lighter than its predecessor where it will likely weigh in just on the FIM’s minimum weight requirement imposed on MotoGP bikes. 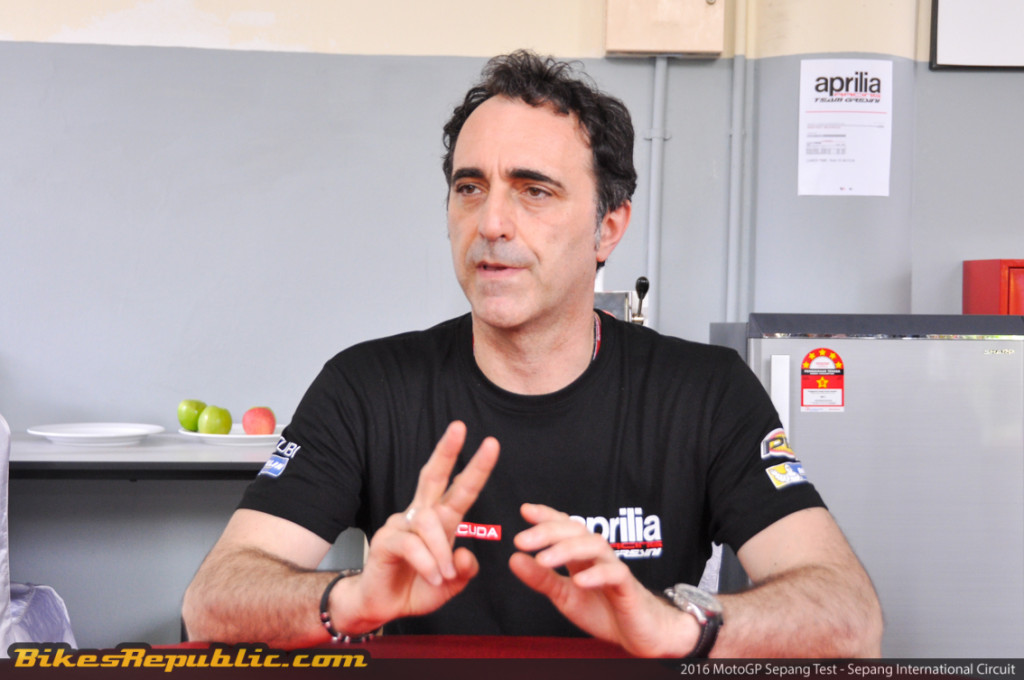 Aprilia’s racing chief Romano Albesiano was quoted by sources in stating: “After the Aragon shakedown with the test riders, Alvaro and Stefan began to get to know the new Aprilia RS-GP here in Qatar. These were three very intense and positive days of work.”

Aprilia’s test in Qatar with its new bike was undoubtedly a critical one, especially for both riders Alvaro Bautista and Stefan Bradl. Both riders reportedly admitted that there is plenty more to do in the lead up to the Qatar season-opener next moth, but both also denoted that the stark differences between this new bike against the old one signalled that they were on the right path.

You can check out more pictures in the galleries we’ve prepared below.