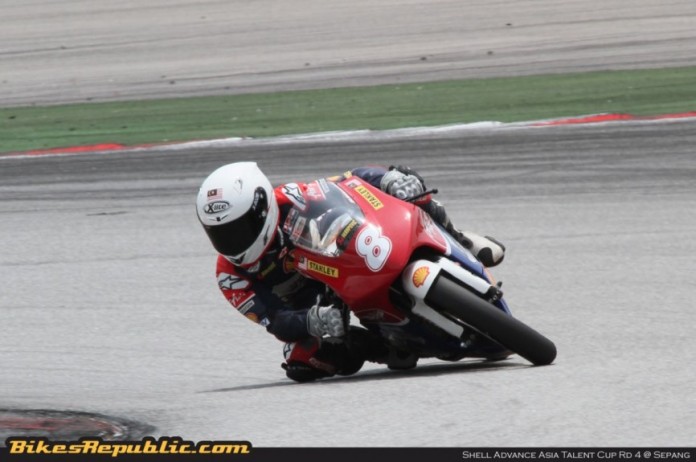 The Sepang International Circuit has been abuzz all week with the arrival of the MotoGp paddock, filling the air with the sounds of the planet’s fastest ever motorcycles roaring around the 5.5km track. The sport held its first pre-season testing over the last three days here in Malaysia, and we were on the ground for Day 3 to get a closer peek at what is in store for this season.

However, Jorge up the ante on Day 2 after he became the first to break the 2:00 mark, clocking in an impressive time of 1:59.963. Just 0.052 seconds behind in second for the day was Ducati’s Andrea Dovizioso, with said performance perhaps indicating the Italian factory team’s true potential as a challenger for the season. Reigning world champion Marc Marquez could only clock in the day’s third fastest time of 2:00.146.

Marquez would eventually end the three-day affair on top though as he clocked an unbelievable time of 1:58.867 in the third and final day of testing. Marquez has quite literally smashed his own record of 1:59.533 set here during last year’s pre-season testing by a significant margin so to speak. Marquez also ends the day as the only rider to clock a lap time within the 1:58 range. 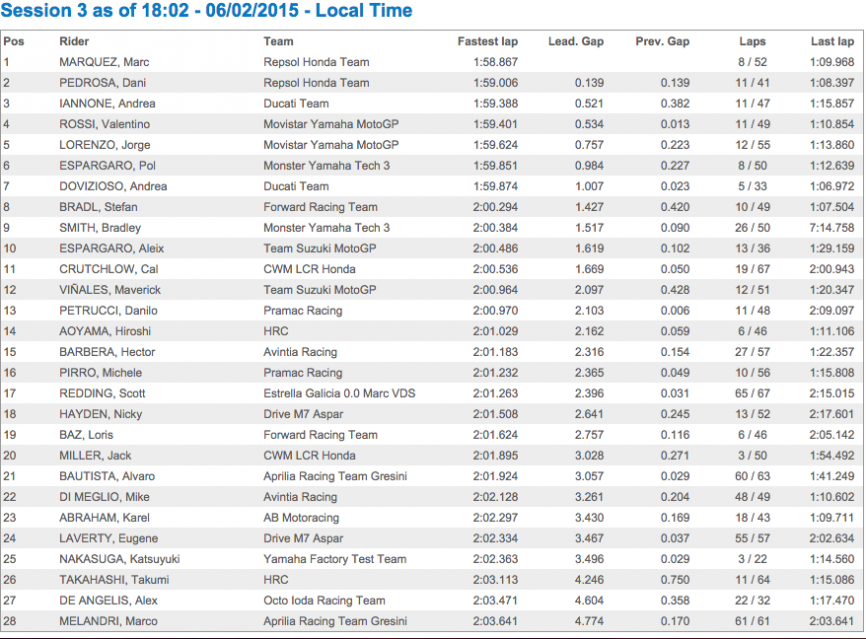 At least through Marquez, Honda looks primed and ready to bag yet another successful season ahead. However, the threat from Yamaha is still there, given the fact that both Rossi and Lorenzo have yet to test the rumoured new transmission being developed. Our sources in the paddock indicate that the Movistar Yamaha duo will test a newly developed transmission at the next pre-season test session later this month.

Showing strong signs are the returning Suzuki MotoGP team. Riders Aleix Espargaro and Maverick Viñales have improved their times consistently over the three days. Aleix proved to be the best of the duo with his two top 10 rankings. Aleix ended today with a respectable best time of 2:00.486, his best throught the three-day pre-season testing programme.

While Suzuki appears ready to tackle the 2015 season head on, the Aprilia Gresini team, which also marks their return in MotoGP this year from their hiatus, appears to be struggling instead. Both its riders, Alvaro Bautista and Marco Melandri appear to be struggling with the Aprilia GP bike, with both riders ranked in the bottom half of the time sheets throughout the three-day course. Suffice to say, the Aprilia outfit have got plenty to work on in order to become competitive for this season.

You can check out the timing sheets we’ve provided below for a clearer picture of how the three-day affair went. Additionally, you could also check out our extensive gallery from our visit to the track today, including a few exclusive snaps of the Movistar Yamaha MotoGP team’s pit garage.