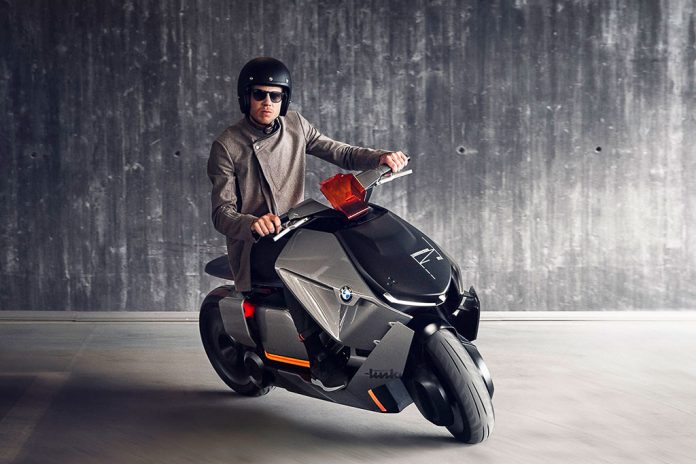 The Concept Link is a zero-emission vehicle that comes with great performance as well as high levels of intelligence to assist the rider while riding.

“The BMW Motorrad Concept Link, with its timeless and reduced style, is more than a concept – it is rather a symbol for a new era.” 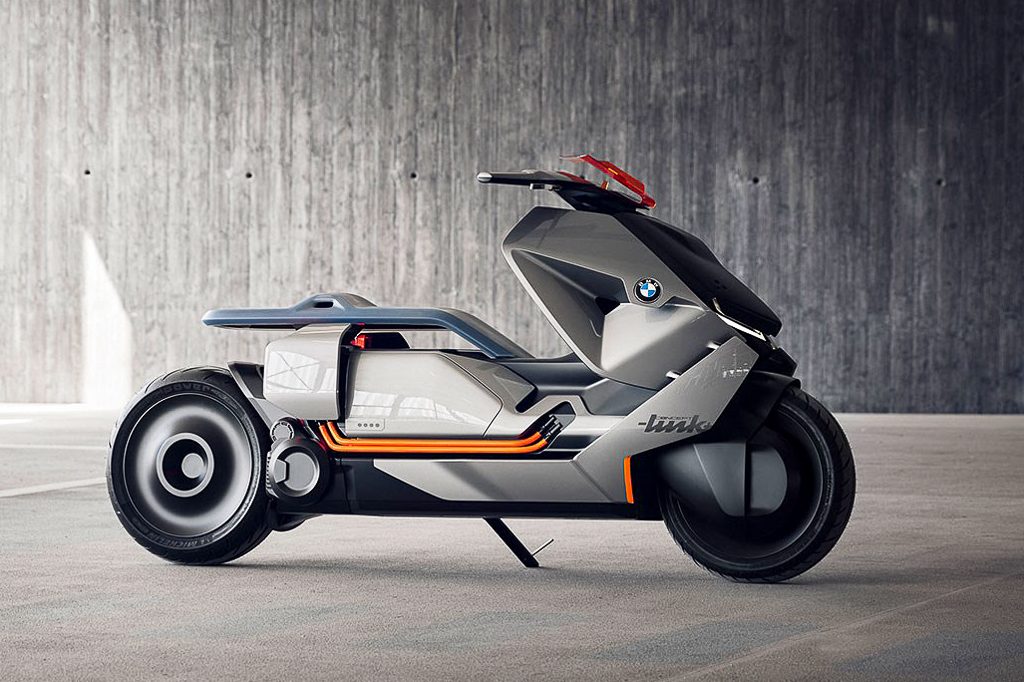 BMW has unveiled its remarkable Concept Link electric scooter concept during the annual Concorso d’Eleganza Villa d’Este in Italy. According to the German auto and bike manufacturer, the zero-emission scooter concept will change the general perception of how two-wheelers are used as a mode of transportation in and out of the cities. 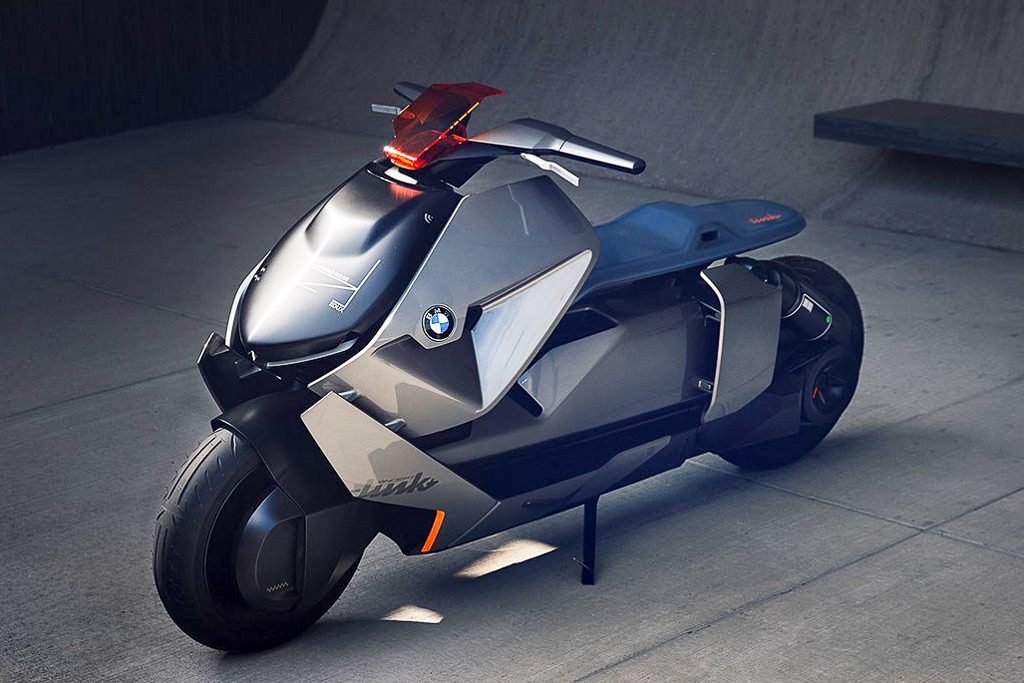 The Concept Link is said to get its inspirations from the futuristic self-balancing Vision Next 100. As the concept bike clearly shows, the compact electric motor or engine is driven by a few large flat batteries positioned at the base of the scooter. This gives the Concept Link a very unique and sleek look with all of its weight and centre of gravity focusing at the lower centre portion of the bike. 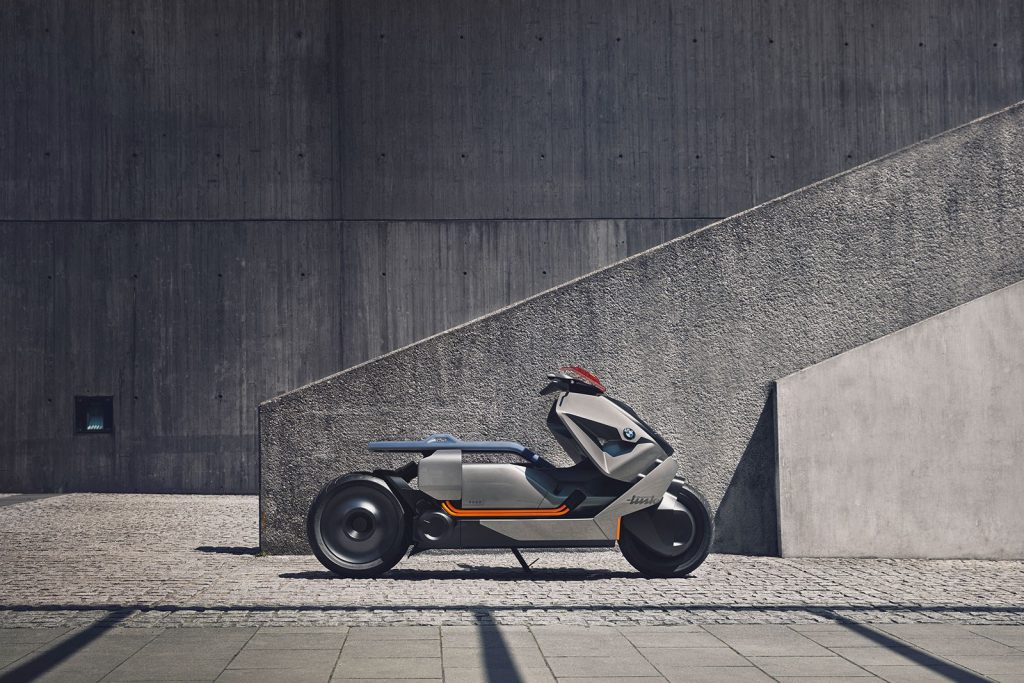 According to the report made by MCN, Edgar Heinrich (Head of Design, BMW Motorrad) stated “The BMW Motorrad Concept Link, with its timeless and reduced style, is more than a concept – it is rather a symbol for a new era.” 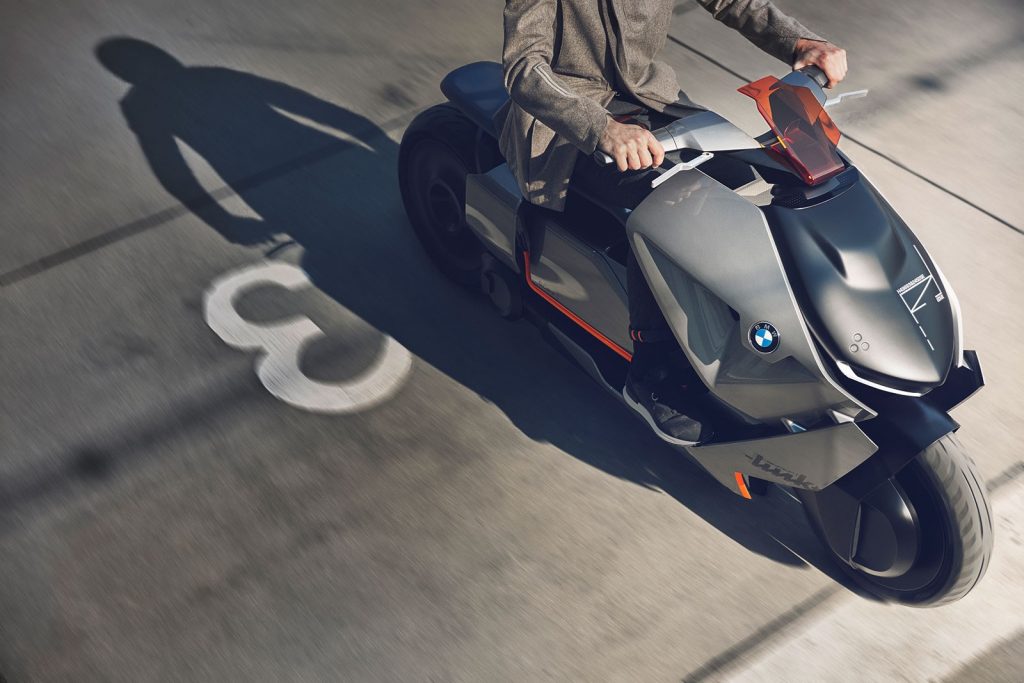 BMW also stated that the bike’s overall design is perfect for inner-city riding on narrow roads and traffic congestions thanks to its low height for easy access. The electric engine also offers smooth yet fast acceleration together with effortless handling and manoeuvrability. As a plus, BMW also said that the Concept Link scooter also comes with a reverse gear. 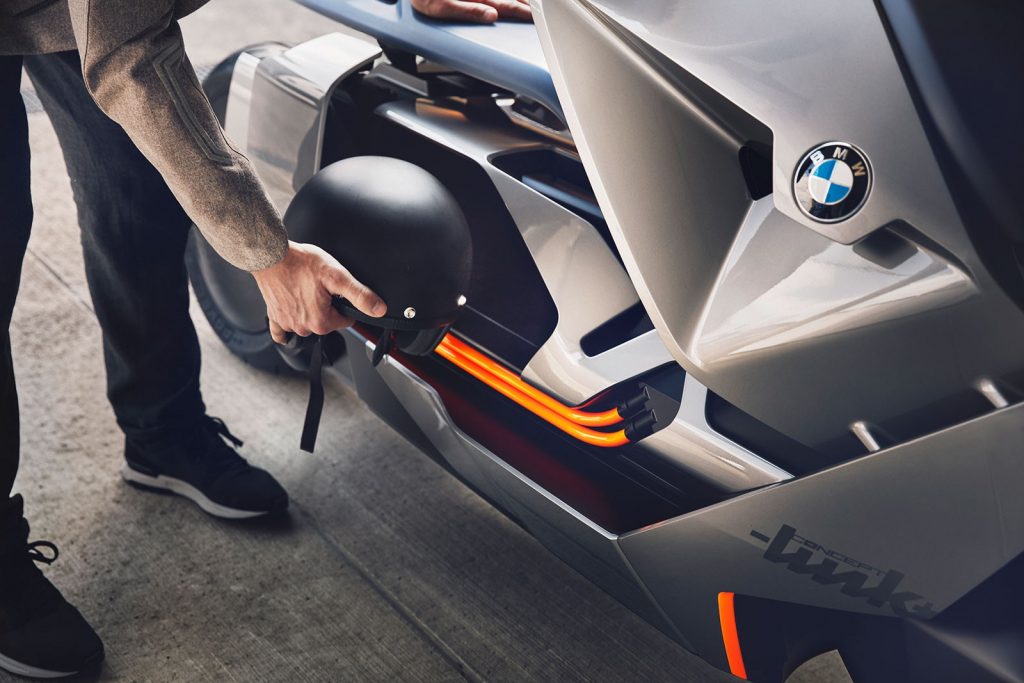 Like most scooters, the seat of this BMW concept was designed for the comfort of the masses including a large compartment under the seat for ease of storage. Unlike most scooters, BMW has implemented a mix of covered and uncovered components of the machine to make it look tastefully futuristic. Things such as the drive unit, cooling ribs, single-sided swing arm, spring strut and tooth belt can all be seen in all of their glory. 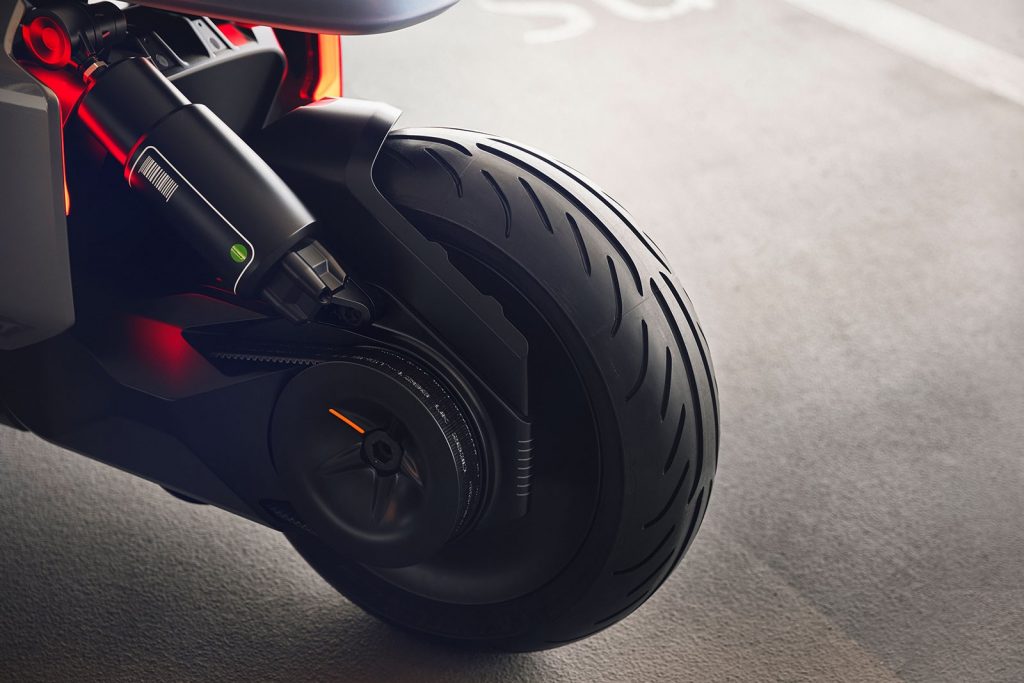 Here the party trick of the Concept Link; the scooter can link the digital to the real world which in turn sort of makes it a communication device as well. Besides giving a nice ride, one can also perform online bank transactions as well syncing with your calendar and planner. It can even suggest the best route to your destination of choice as well as provide the right tunes instinctively to the rider. 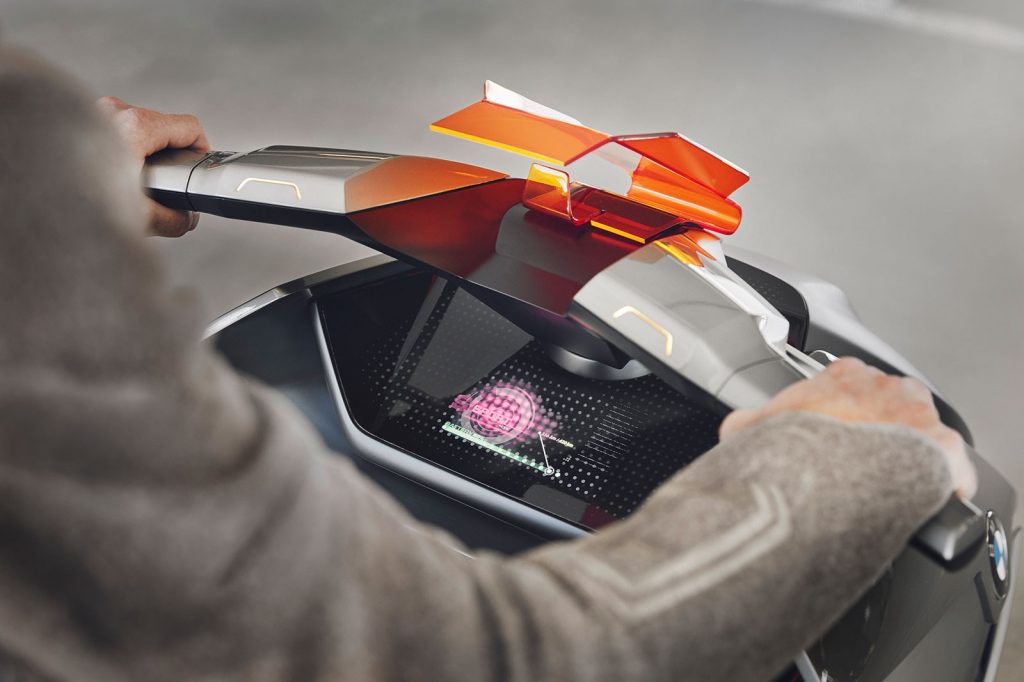 All of these features can be controlled via its classic meter panel together with a heads-up display unit and also a secondary touch screen display located just below the handlebar. Like the future, everything can be customised according to the customer’s preferences. 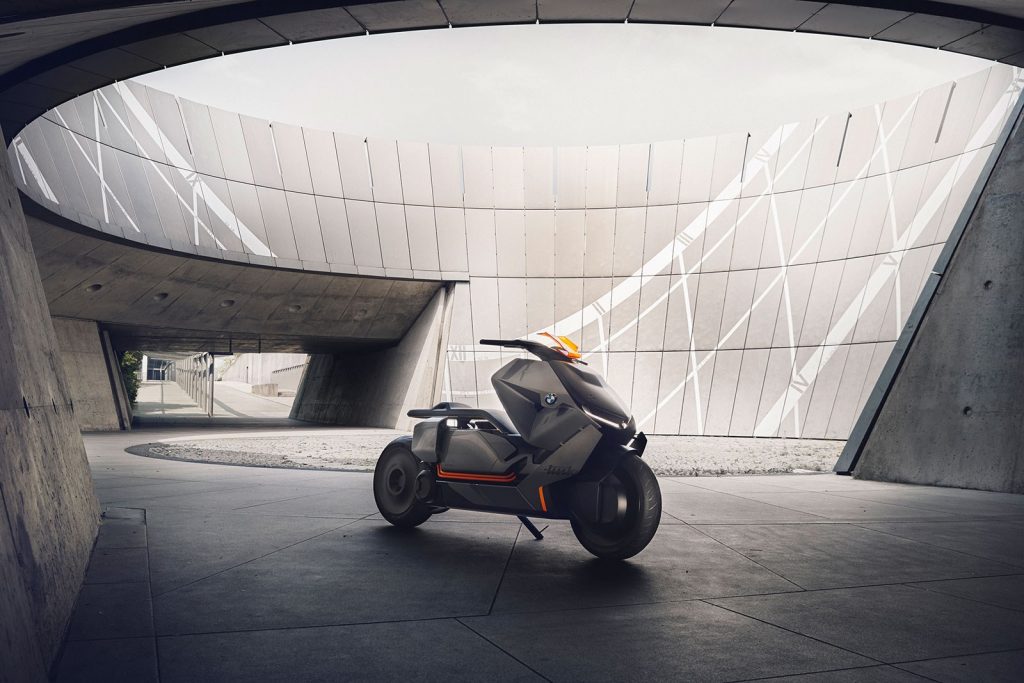 So the question now is if the bike will ever go into production. The answer? No one really knows. To those who fear the uprising of artificial intelligence will go through all sorts of conspiracy theories to make sure that this won’t happen but on the other hand, the future is closer than we think. Instead of fighting the inevitable, we should embrace the future and decide what’s best for us all.

Interested in buying BMW Motorrad bikes that are actually on sale? CLICK HERE to check all of the available models in our exclusive Bike Buyer’s Guide!