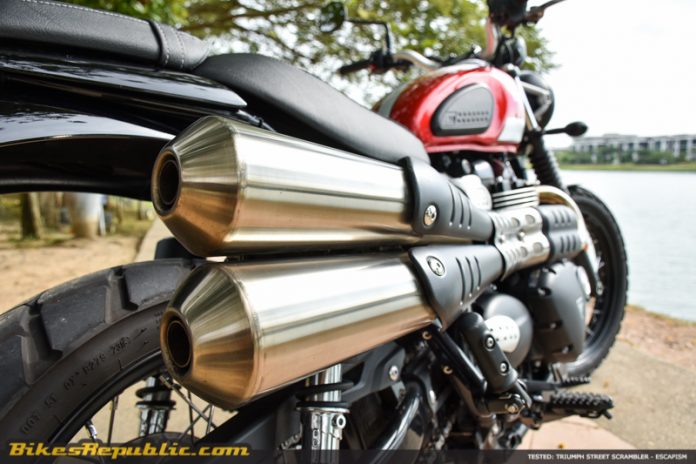 Some spy shots of what seems to be the 1200cc Triumph Street Scrambler have been going around online.

The new Street Scrambler is rumoured to have a much bigger 1200cc parallel-twin engine similar to the one used in the Bobber.

The latest report by MCN has indicated that Triumph Motorcycles are well in their way in the testing phase of producing their latest range of modern classic motorcycles. Their latest spy shots also showed that a 1200cc Triumph Street Scrambler might just be one of many on the drawing board. 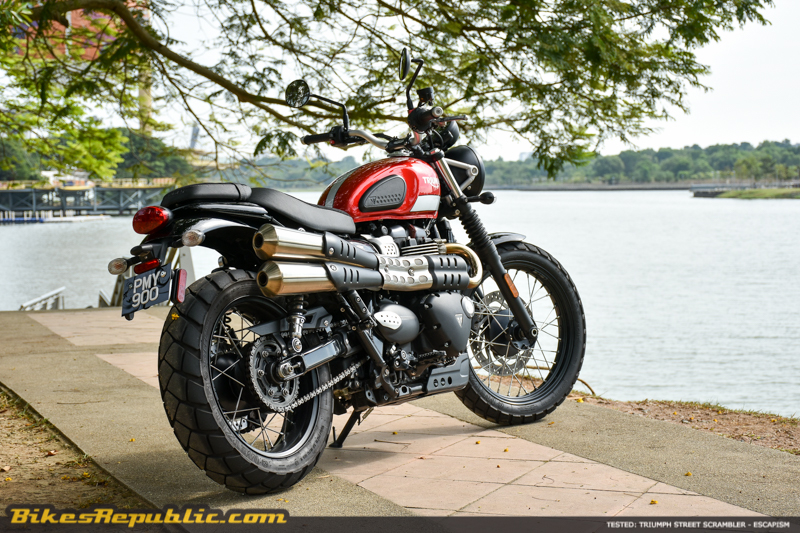 When the new Bonneville range was re-launched a while back, the move towards a bigger 1,200cc liquid-cooled engine can be seen in the T120 range. The Street Scrambler, however, remained with the 900cc parallel twin engine from the T100 range but with 55hp and 80Nm of torque, it is still a very fun machine to ride. 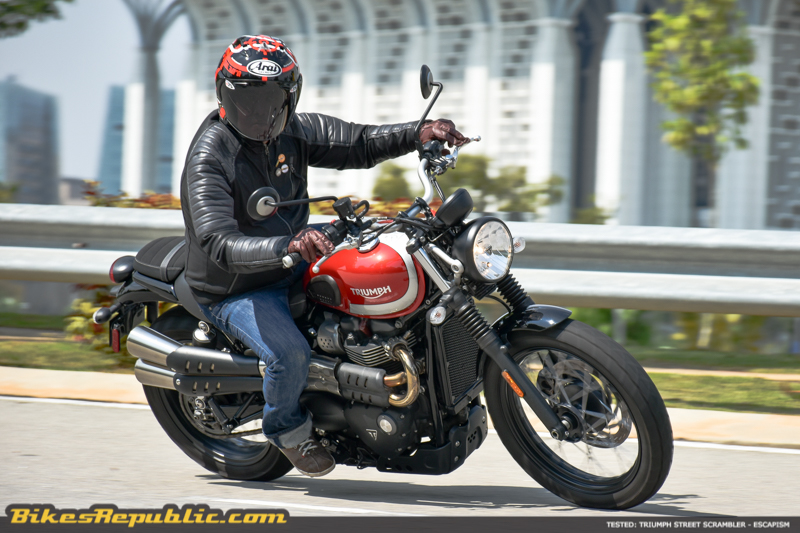 Based on the spy shots and other information collected, the Street Scrambler is looking to get a major upgrade with more power, improved suspensions and stopping power. We’re thinking that the new 2019 Triumph Street Scrambler will carry the same 1,200cc high-torque parallel-twin engine found in the T120 range as well as the Bobber which produces 80hp and 105Nm.

We can also see a different set of suspension being used in the spy shots where the front end is much bigger than the ones found on the current Street Scrambler. The current Scrambler is fitted with a 41mm KYB cartridge forks together with twin KYB shocks for the rear. Judging by the photos, this new Scrambler comes with Showa upside-down forks and a pair of Ohlins at the back. Sweet.

The brakes are also getting quite an upgrade where a set of twin Brembo monoblocs can be seen on this new Scrambler. Looks like Triumph has got the formula right when it comes to updating their current models, bigger engine, improved suspensions, and upgraded braking system. 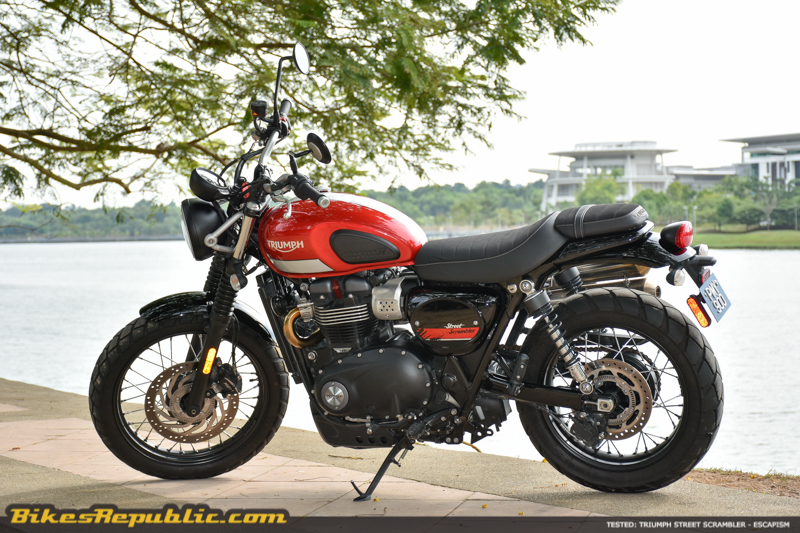 While the current Street Scrambler is already amazingly equipped with features like switchable ABS, traction control, Ride-by-Wire, and a torque-assist clutch, we can expect the new Scrambler to make its first official appearance in November during EICMA 2018.