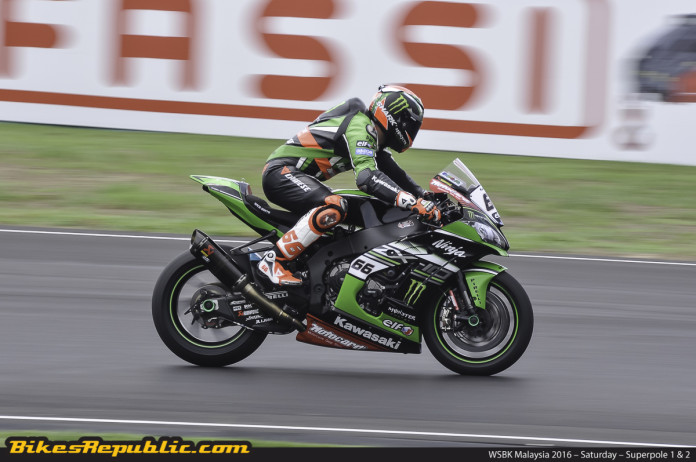 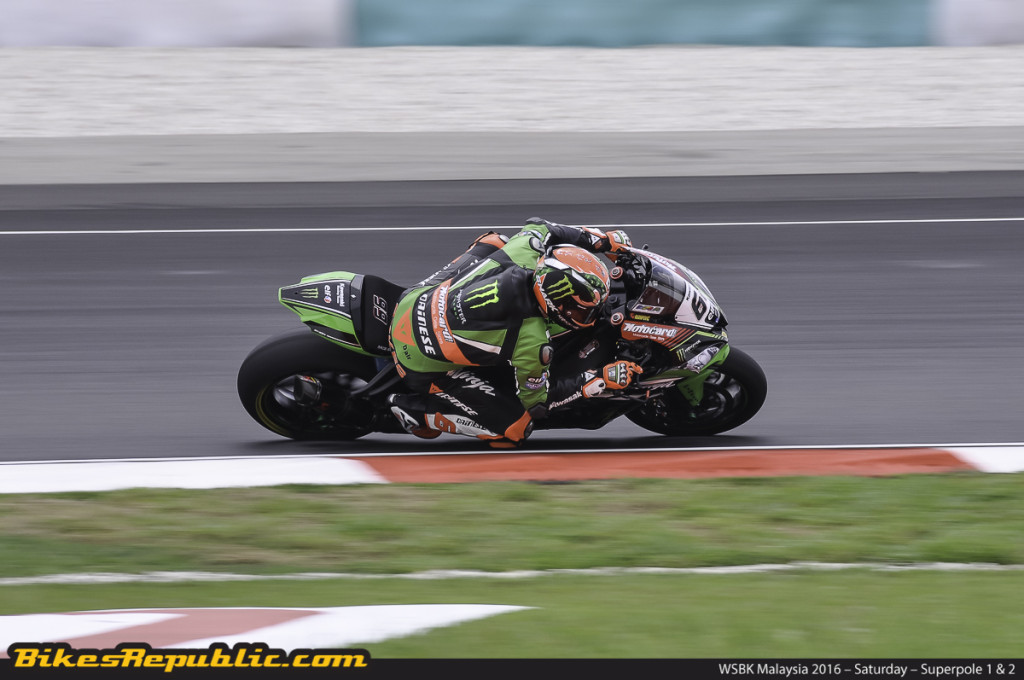 In Superpole 1, it was former world champion Tom Sykes that led the timing board and elevated himself up into Superpole 2. There, Sykes went even faster and claimed pole position with a blistering time of 2:02.246.

Sykes’ fastest time effectively broke the lap record of 2:03.002 set by Sylvain Guintoli back in 2014. Astride the Kawasaki Racing Team ZX-10R, the Brit was more than a second quicker than the previous record, thus perhaps proving that the newly resurfaced and re-profiled Sepang International Circuit (SIC) is indeed faster now. 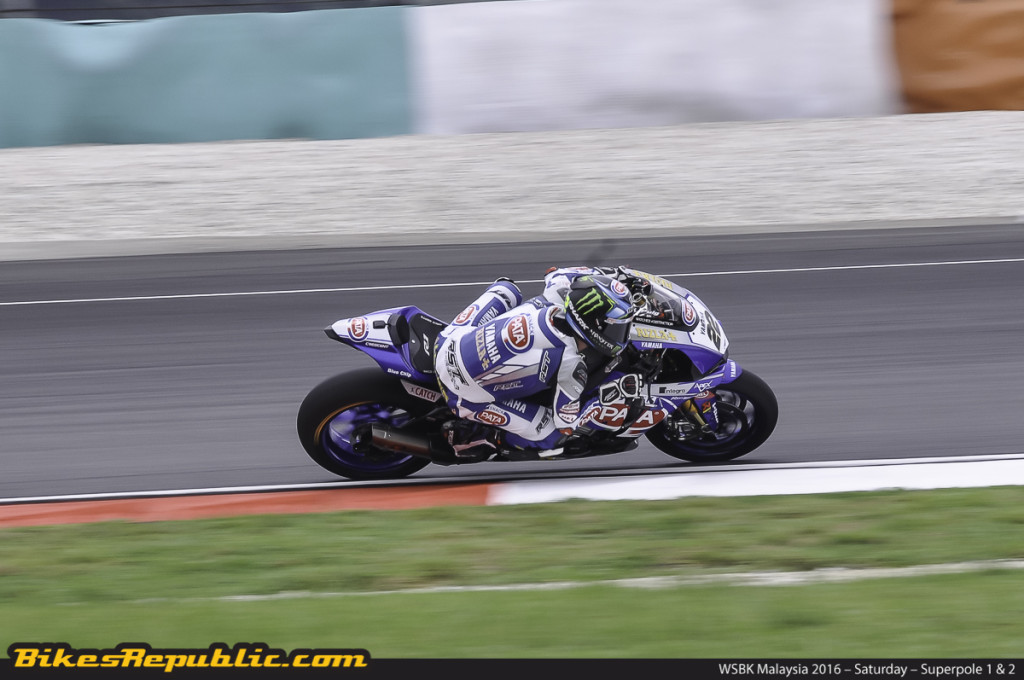 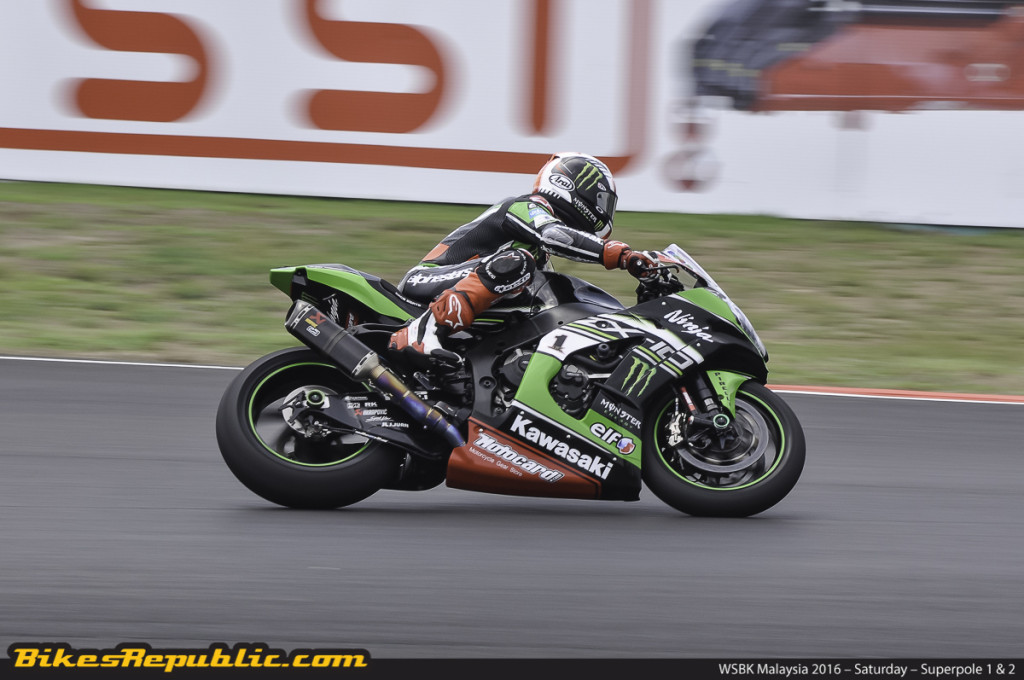 Last but not least comes Sykes’ Kawasaki Racing Team teammate Jonathan Rea. Though equally fast, Rea’s pace was still not as quick as Sykes as his fastest time of 2:03.21 sees him lining up third on grid.

Race 1 will take place later in the afternoon at 4pm. Stay tuned as we bring you more trackside updates from WSBK Malaysia 2016 in SIC. 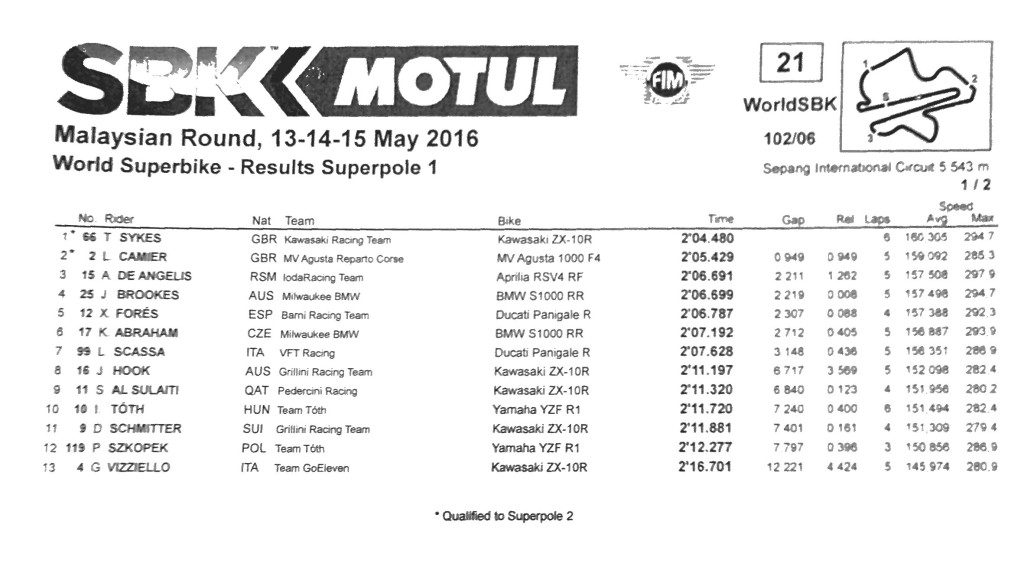 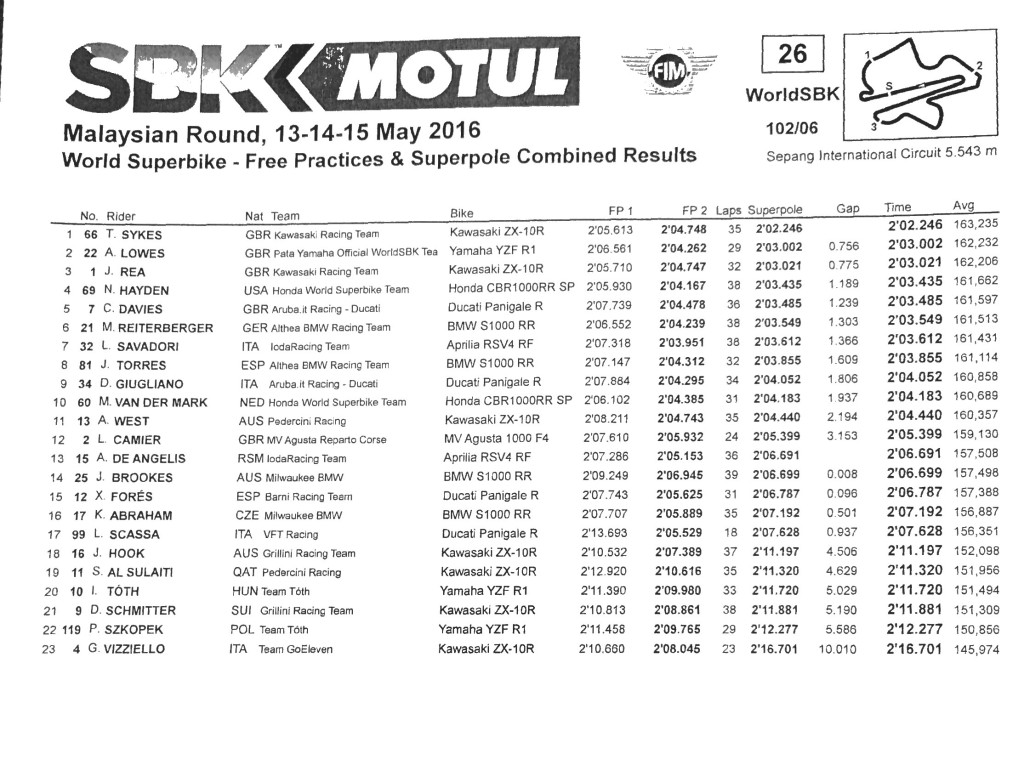 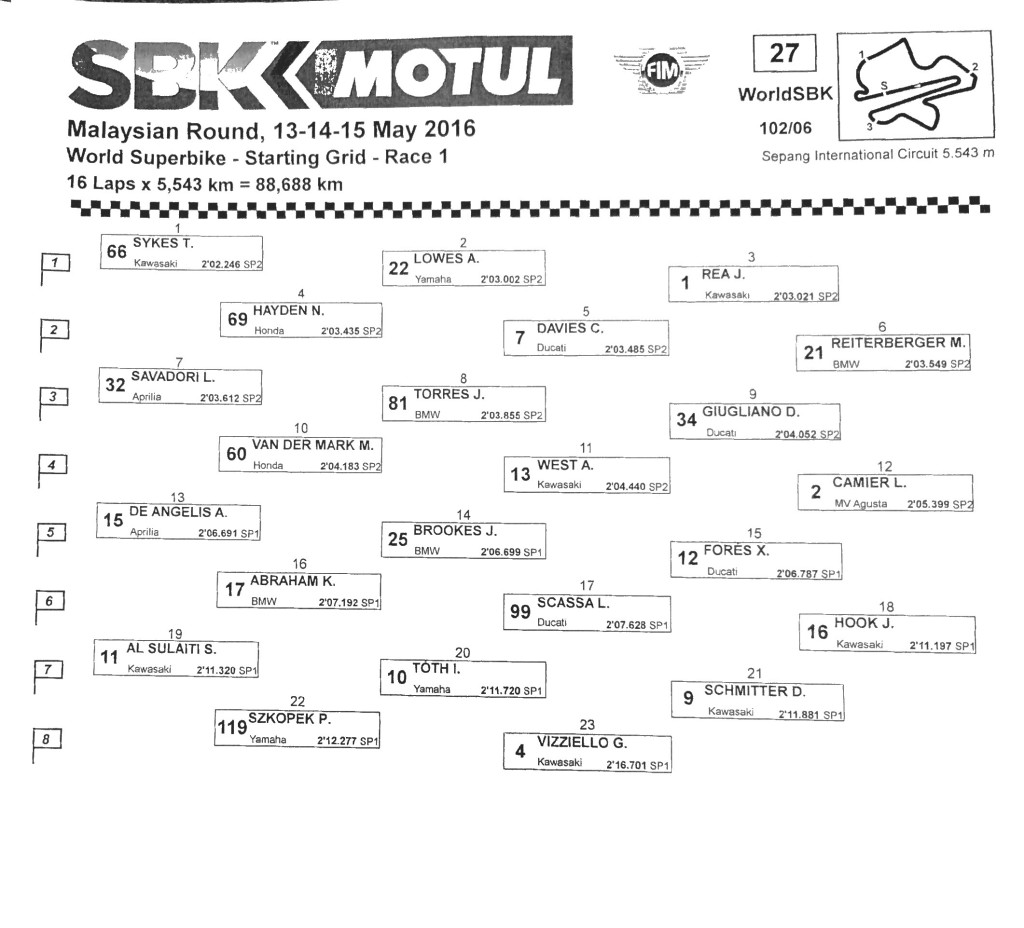