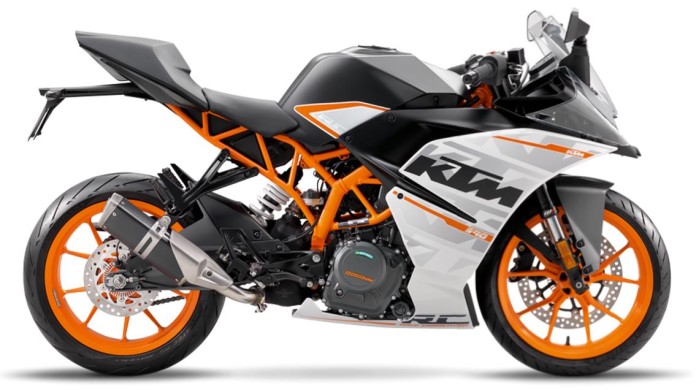 Based on feedback from owners and “the need to make it Euro4 compliant, the new RC 390 will feature a new exhaust that exits on the right side of the bike instead of underneath the bike. With the repositioning of the exhaust, KTM has been able to redesign the passenger foot pegs and the under belly pan, giving the bike even better ground clearance than before without making the bike too tall.

KTM has also given the bike an improved ride-by-wire throttle system that gives the rider more refined feedback and more efficiency.

Also added to the new bike as standard is a slipper clutch.

The bike’s 44 horsepower and 147 kilograms dry weight remains the same, while the brakes are also 20mm bigger at the front while other changes include adjustable brake and clutch levers and new wing mirrors. The fuel tank has also been updated to avoid fuel evaporation and the passenger seat is also 12mm thicker for better comfort for passengers.