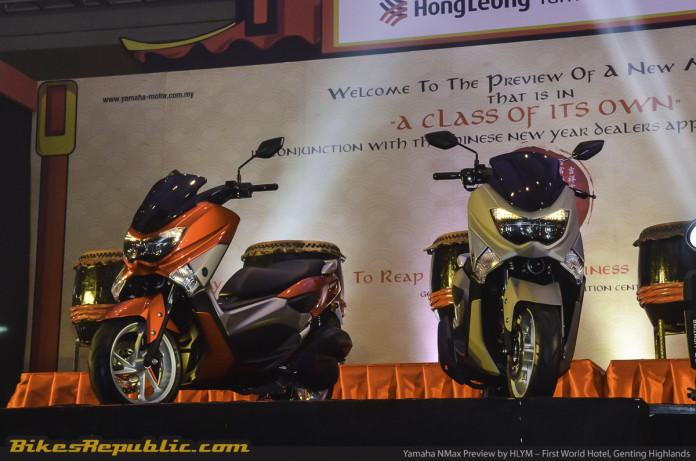 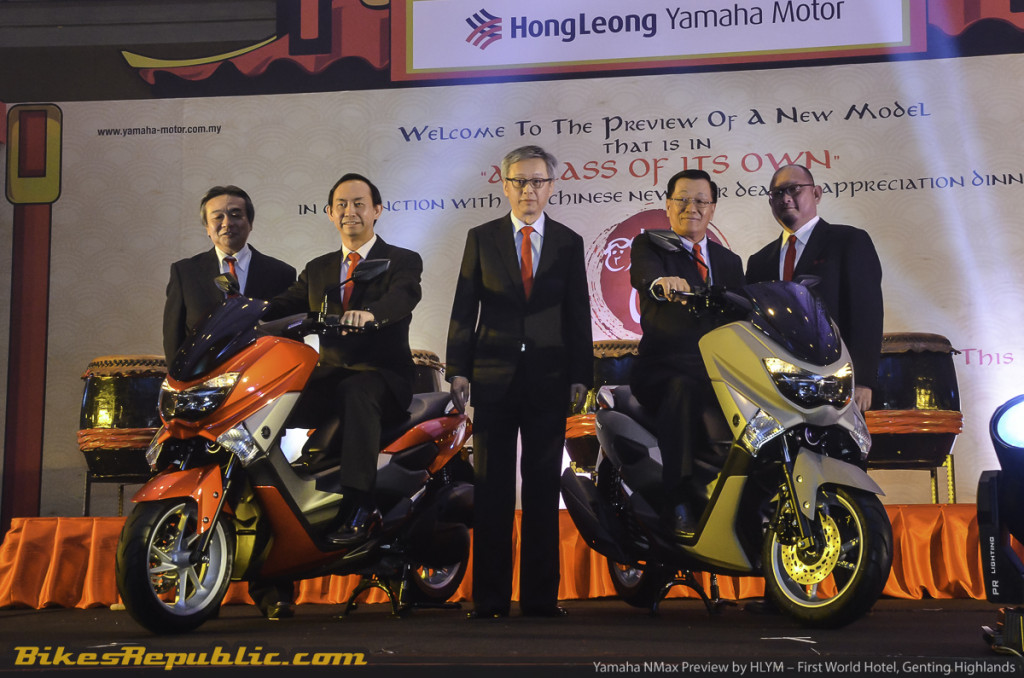 Slated for market release in April onwards, the new Yamaha NMax will carry a basic selling price of RM8,812.14 (6% GST inclusive without road tax, insurance and registration). That is considerably lower than the initially reported expectation of about RM10,000. 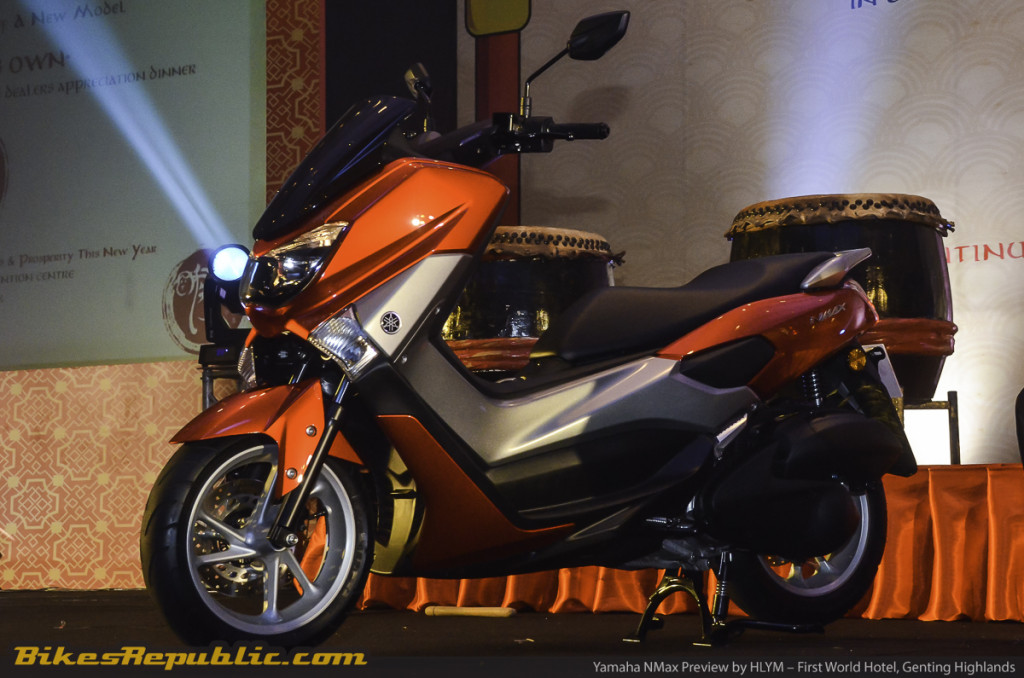 As a refresher, HLYM previewed the new scooter model earlier this year during its annual Chinese New Year gathering in Genting. Assembled locally by HLYM, the Yamaha NMax will be available in two colour choices – Red and Silver. (Read our initial press preview report here) 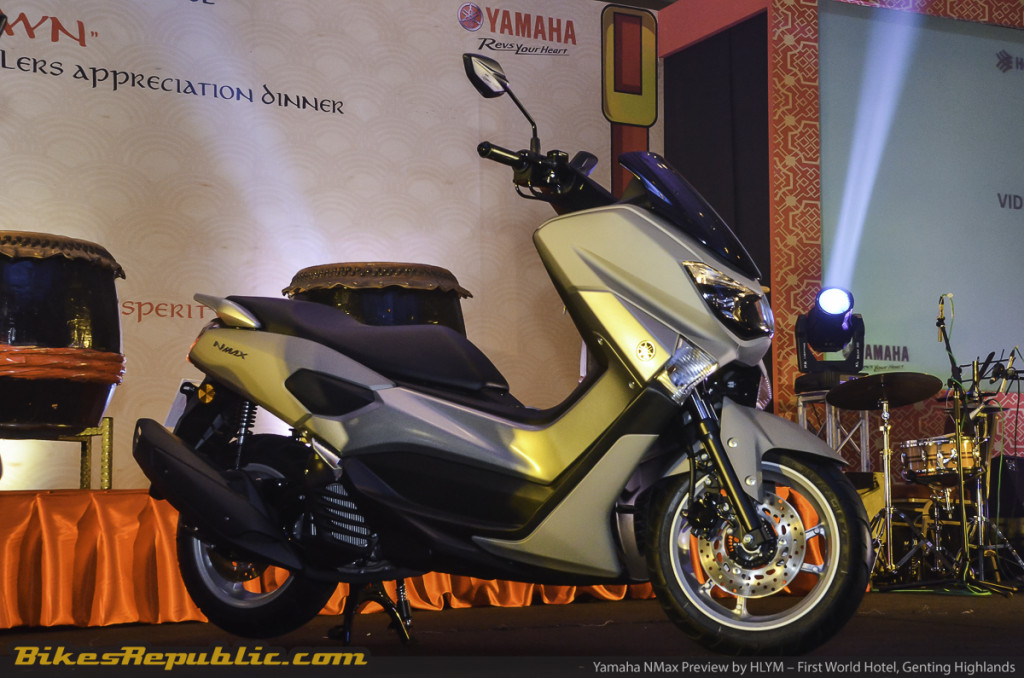 Slotted as the ‘baby’ version of the Yamaha TMax maxi-scooter, the NMax is powered by a liquid-cooled 155cc single-cylinder SOHC four-stroke engine primed with fuel injection. Developing nearly 15hp @ 8,000rpm and peak torque of 14.4Nm @ 6,000rpm, all power is sent to the rear via a CVT-type automatic transmission that promises great fuel efficiency. 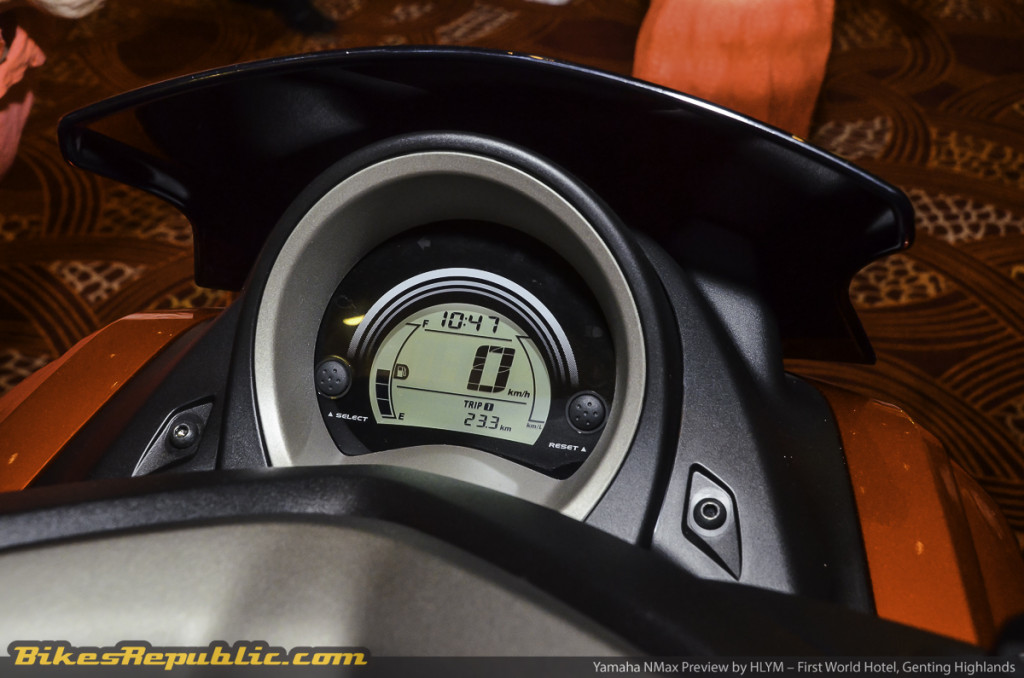 The scooter underpins an underbone chassis construction with a rear swingarm, but it is primed with a telescopic front forks set paired with twin-tower rear shocks that promises better comforts and handling abilities against its rivals. Besides that, the NMax also rolls on a set of stylish 13-inch alloy wheels wrapped in 110/70-sized tyres up front and a 130/70-sized tyre at the rear. 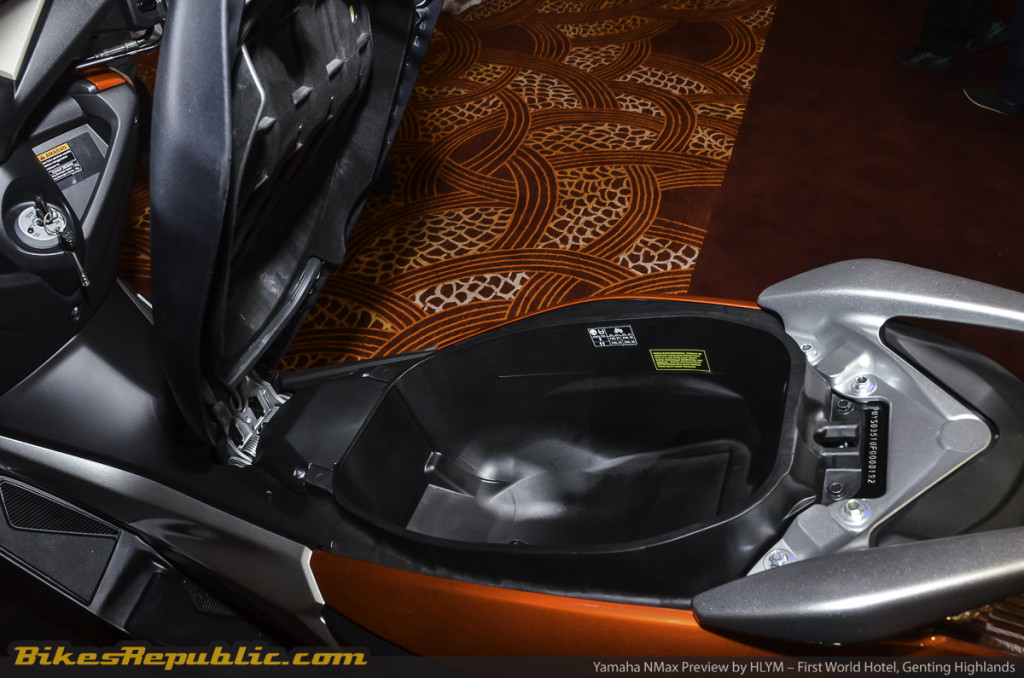 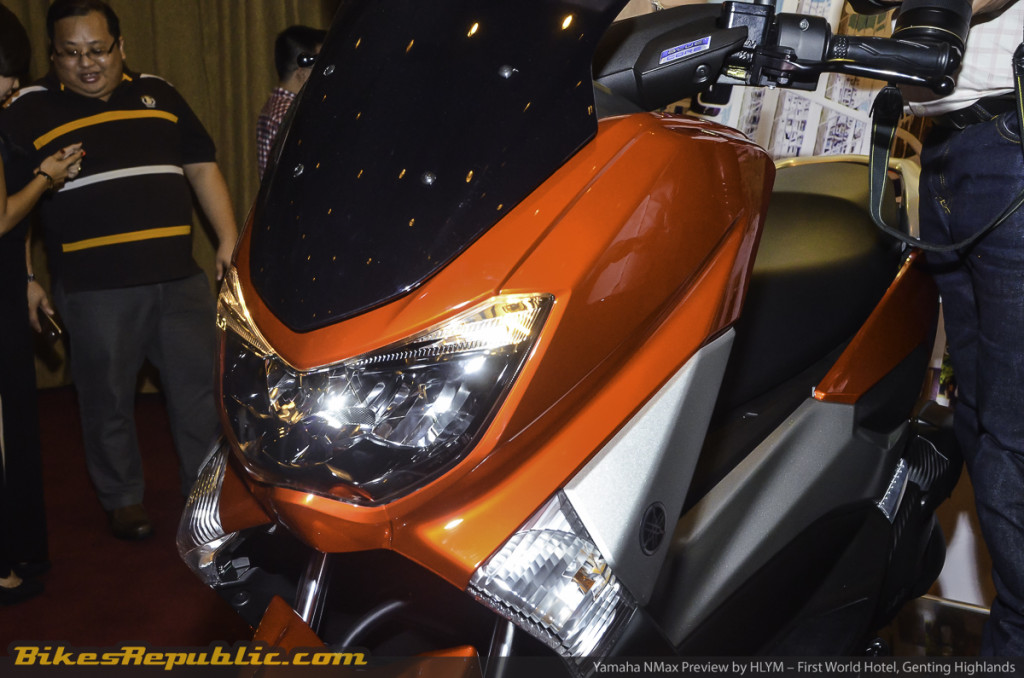 Purchases and bookings can be made via authorised dealers nationwide starting next month.You can check out more images in the galleries we’ve prepared below.