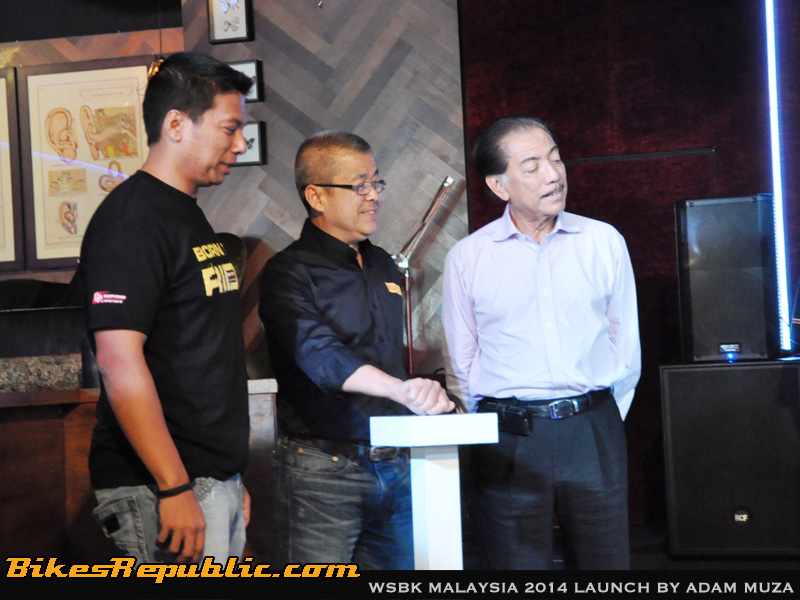 Our friends from the Sepang International Circuit (SIC) have officially launched its campaign for the inaugural Malaysian round of the 2014 eni FIM World Superbike Championship (WSBK). 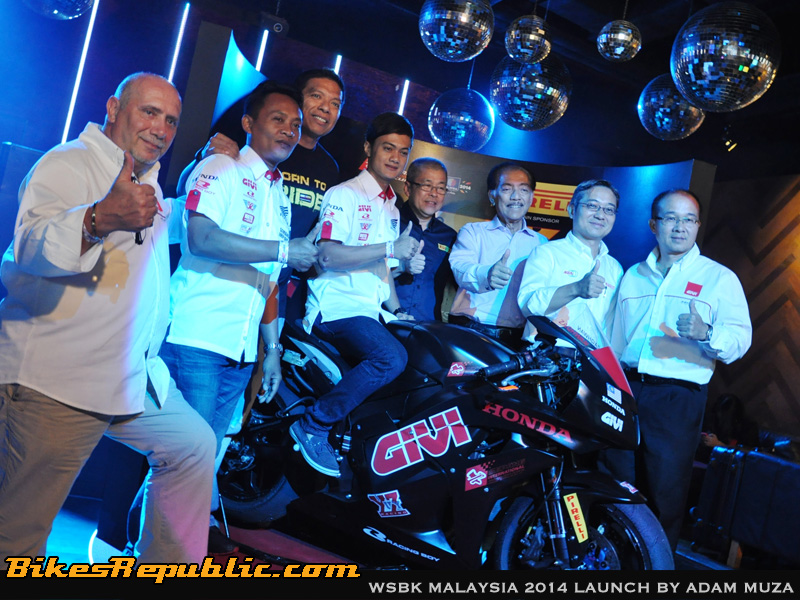 As you would have already heard by now, Malaysia will be the only South East Asian nation selected to join WSBK’s 2014 calendar as the championship’s sixth round. The launch saw several announcements, namely the support from several notable local motorcycling corporations and organisations such as Pirelli and Givi, as well as the announcement of a local rider participating as a wild card in the event. 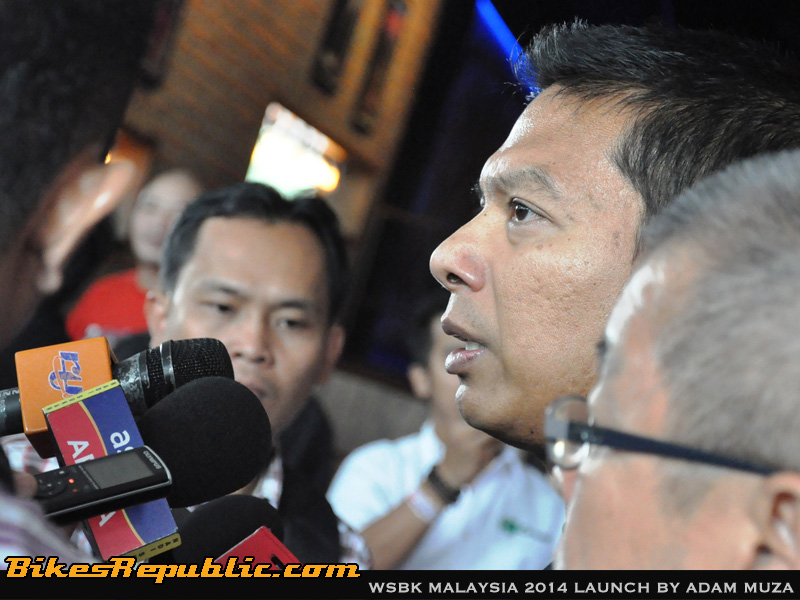 Additionally, SIC CEO Datuk Razlan Razali also revealed that the circuit management have signed an agreement with Dorna, WSBK’s rights holders, to host that Malaysian leg of the world championship for the next three years. Datuk Razlan also expressed his confidence of WSBK’s successful run in a similar fashion as how the annual Malaysian MotoGP has. 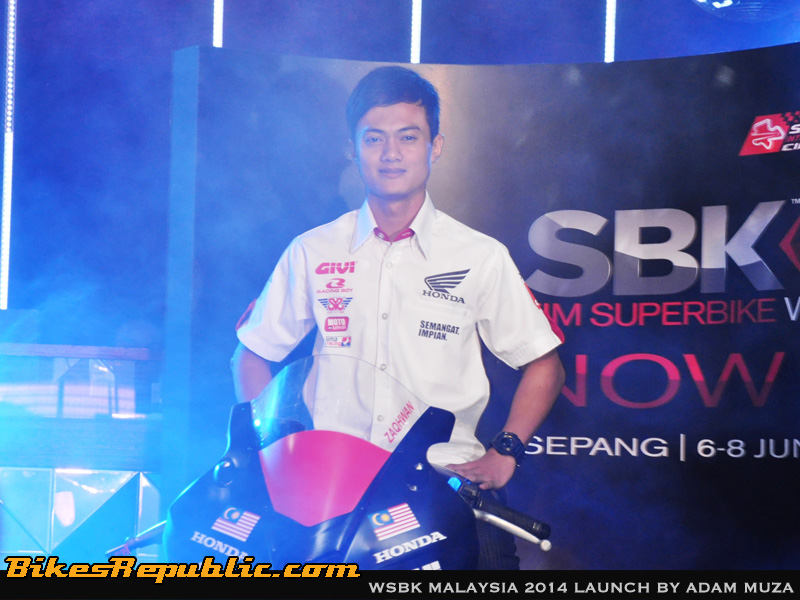 Selected as the Malaysian wildcard rider for event is none other than Malaysian Cub Prix and Asia Road Racing Championship ace Zaqhwan Zaidi. The 19-year-old will race in the Superstock 600cc category, and he will astride the Honda CBR600RR race bike of Team Ten Kate Racing Products that is led by team manager Ronald Ten. 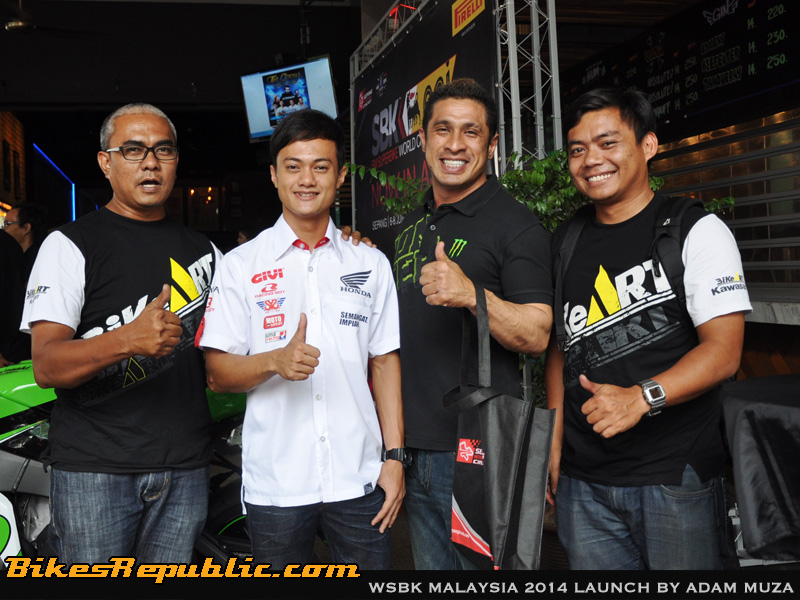 Following his selection, Zaqhwan stated: “Undoubtedly, I am happy and proud to be given this opportunity again. I would be giving my very best and make Malaysians proud.” (NOTE: Zaqwhan was previously selected as last-minute Wildcard entry during last year Malaysian MotoGP in Sepang too) 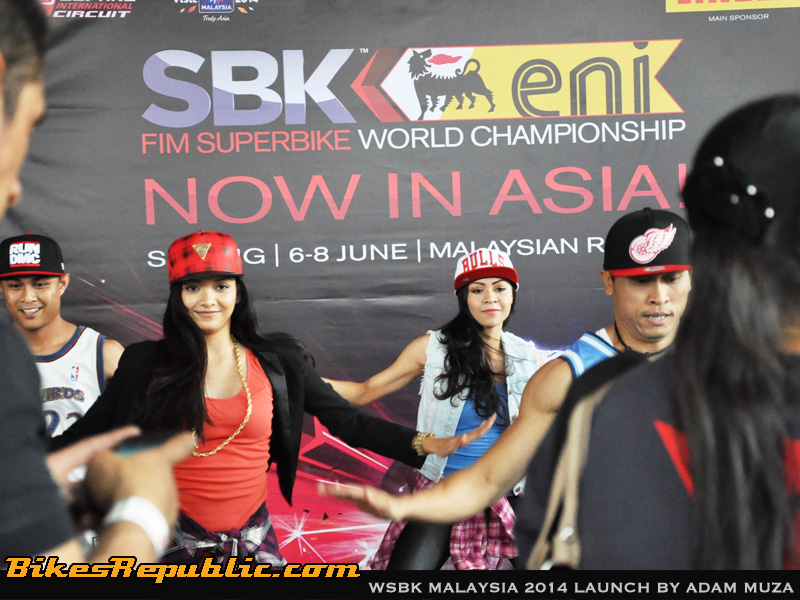 With the on-circuit racing programme secured, SIC have also planned several exciting off-track activities and entertainment for fans in attendance to enjoy. A special concert area called “The Circus” will be set up, and big local and international acts will grace the stage. Highlights in the artiste line up are global electronic dance music heavyweights such as Afrojack, Apster, and Cosmic Gate whilst DJ Ken and Leng Yein will represent the local front.

The 2014 eni FIM WSBK Malaysian round will take place from June 6 to June 8. SIC have already initiated ticket sales, and are even offering special discounted packages for a limited time. More information is available at SIC’s official website or by calling its ticketing hotline at +603-8778 2222.