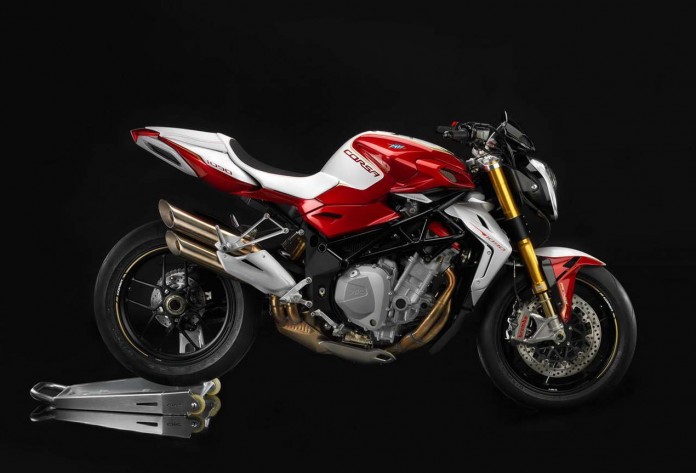 The brand from Varese, Italy may have recently unveiled a series of ‘affordable’ triples such as the F3 675, but the new Brutale Corsa shows that the marque still has what it takes to make exclusive and exquisite four-cylinder machines.

The new Brutale Corsa retains the standard Brutale 1090RR ABS’ four-cylinder motor that generates 156hp and 100Nm from its 1,078cc displacement. It also utilises kits from its standard siblings such as an eight-level traction control, as well as ABS brakes via twin 330mm Brembo monoblocks up front and a single 210mm disc at the rear using a Nissin calliper. 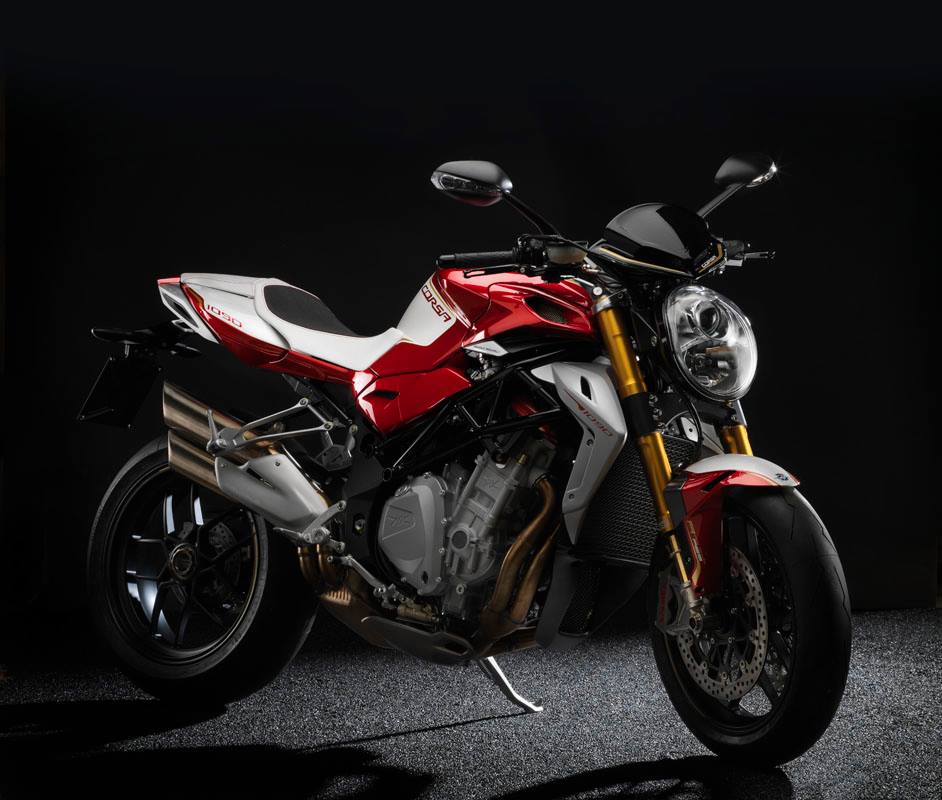 Costing €20,990 (€3,000 more than its base bike), there are several new and key components equipped to justify the price hike. First off, you get a set of forged aluminium wheels, followed by the equipment of Ohlins forks. Besides the hand-stitched leather seat and glossy black paint on the trellis frame, the Corsa features the extensive use of billet in the steering head, foot pegs, levers, and fluid caps. The finishing touches come in the form of carbon fibre fenders fore and aft, ablazoned with MV Agusta Corsa logos.

While some may argue the mere cosmetic changes does not justify its ‘Corsa’ nameplate, but we at BR would not argue that this is one beautifully crafted super-naked.