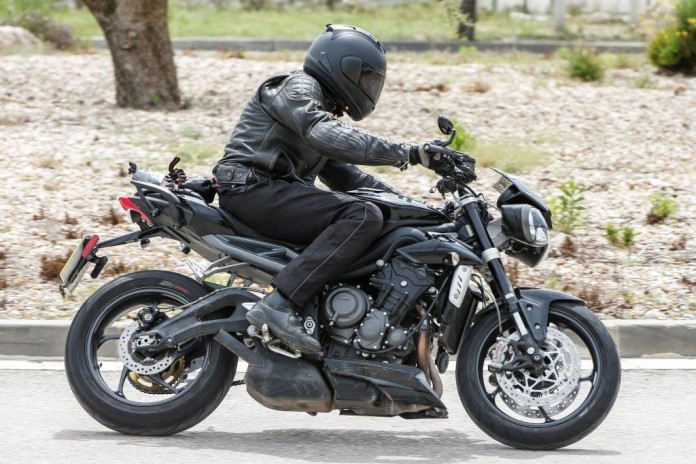 The next generation Triumph Speed Triple was recently spotted testing in Spain. This time however, leading UK bike site MCN has managed to obtain the first clear view of the prototype.

Word of a new Triumph Street Triple from the storied Hinckley-based marque has been around for quite some time ever since the firm conducted a survey amongst current owners of the outgoing model. Soon after, a prototype was spotted undergoing tests just outside of Triumph’s home base.

Despite the grainy resolution of the initial sighting in the UK, it more or less confirmed the model’s existence. This new series of spyshots published by MCN gives us a clearer view of what to expect in the new Triumph Street Triple prior to its debut as a 2017 model.

Whichever figure Triumph eventually chooses to name it with, the fact remains that the new streetfighter’s triple cylinder heart will be enlarged from its current 675cc figure up closer to the 800cc mark. Fuelling this is the fact that the aforementioned survey with current owners had the strong calling for a capacity increase above 750cc. 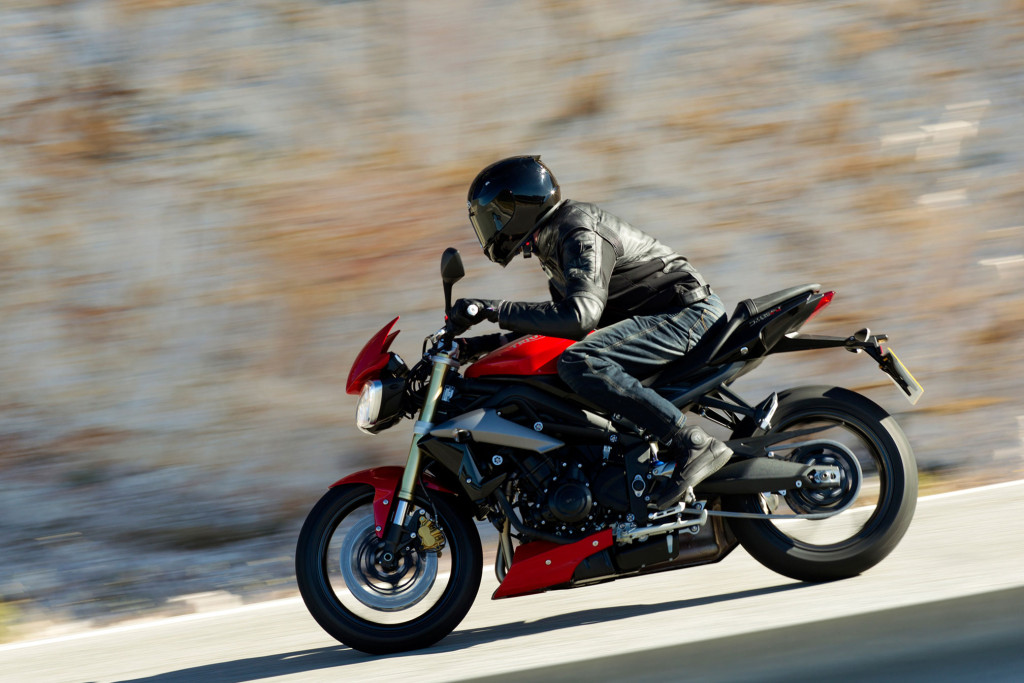 The survey also hinted that at least four versions will be made available starting with a base model that will reportedly feature non-adjustable Kayaba suzzies. Secondly comes an ‘R’ version rumoured to have at least 115hp with adjustable Showa suspension and Nissin radial brakes.

Next comes a third ‘RT’ version with 125hp that’s primed with touring accessories, followed by a range-topping ‘RS’ model with the same power output that’s primed further with Öhlins suspension and Brembo anchors. The model spied in Spain recently appears to be the ‘RT’ model, explaining the presence of pillion grab rail and a fly screen that’s visible in the photos.

Also listed in the survey were calls for Triumph to add selectable riding modes. The base model will have three to start with whilst the ‘RS’ version would likely benefit with five including ‘Track’ mode. 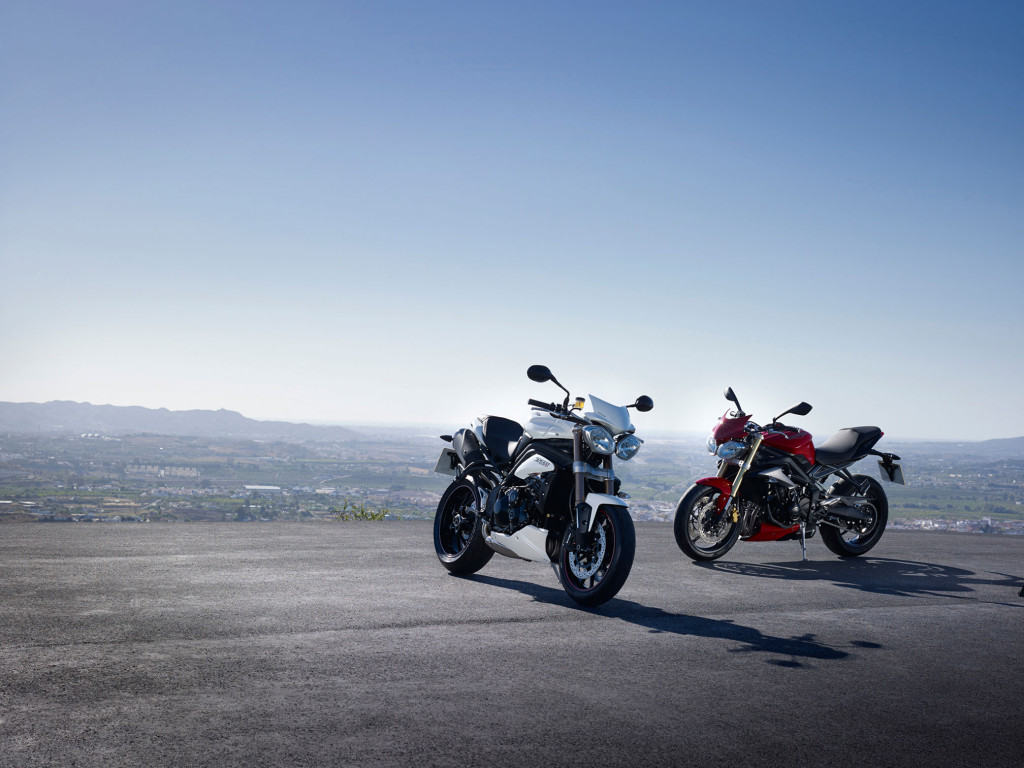 Other calls made were for TFT full-colour display screens and the suggestion of having the ‘RT’ model available in an optional half-faired, sports-tourer alongside the nameplate’s traditional naked outlooks.

Another giveaway in these new photos are improvements to the chassis. Most notable here is the split double-sided rear swingarm that appears to be more heavily braced than the unit featured in the current Triumph Street Triple.

Little else is known for now, and we’ll have to wait until the new generation Triumph Street Triple range debuts officially during either INTERMOT or EICMA this year.