MotoGP returns to Losail, Qatar this weekend for its 2016 season opener.

The FIM World MotoGP Championship returns for its 2016 season this weekend with its opening round held under the floodlights of the Losail International Circuit, Qatar.

Present beside the two Yamaha duo were the Repsol Honda Racing duo of Dani Pedrosa and Marc Marquez, followed by Ducati Corse’s Andrea Iannone and Team Suzuki Ecstar rider Maverick Viñales as well. These six stood as the premier MotoGP class’ top contenders for this season. 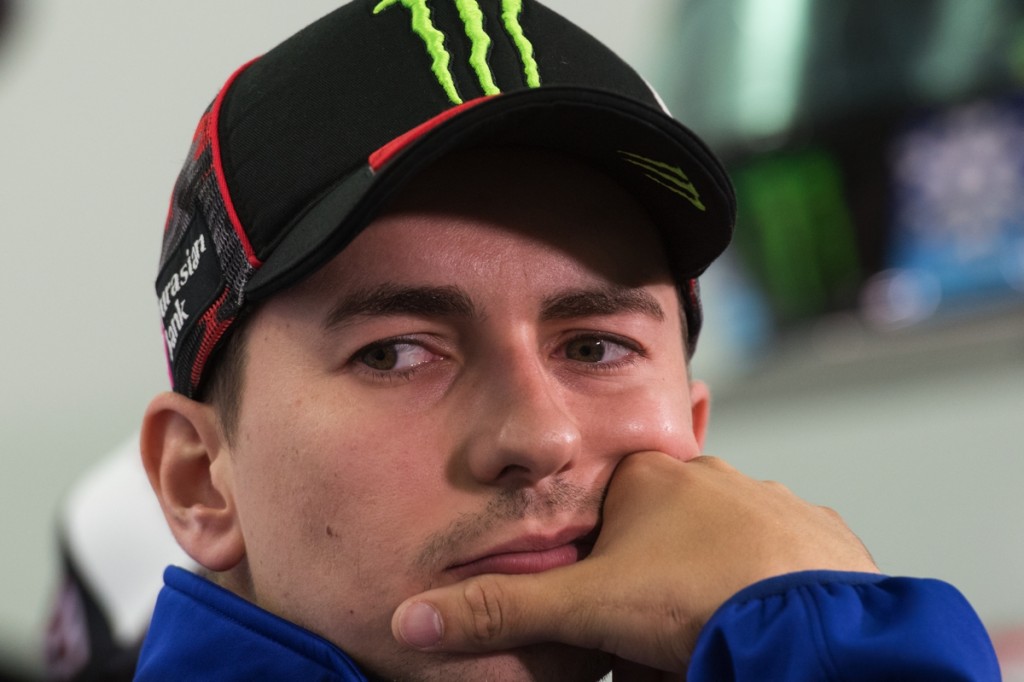 Defending champion Lorenzo has stood out as the strongest during pre-season testing so far, and here’s what the he had to say during the press conference:

“Not a lot of things change from the outside where the people can see the bikes. For the riders, it’s really a big difference. Firstly with the tyres, the Michelins offer a completely different feeling on the bike and also with the new electronics, the same for everyone, are less sophisticated and much more difficult to ride and control, especially with the throttle. Anyway the pre-season has been very very good, better than we expected. In the three tests we did, we got a good feeling and did some impressive lap times.”

Plenty of speculation has risen towards how the new supply of spec tyres from Michelin will stack up, with this weekend’s season-opener being its true test. Another hot topic here was the new unified electronics suite dictated by the revised 2016 technical regulations. Whilst both the factory Yamaha and Ducati bikes have shown positive signs towards them, it seems the Honda-powered encampment’s struggle was evident. 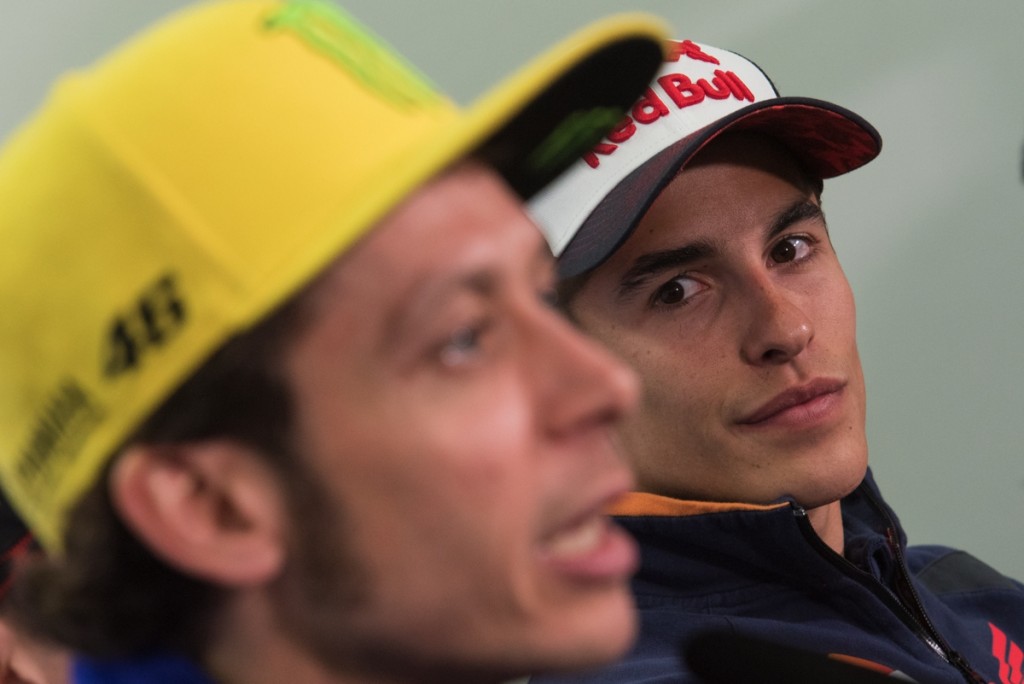 Here’s what former world champion Marc Marquez had to say about the matter:

“This year has not been an easy pre-season looking at the results. But we improved and we kept a constant pace, a progressive line towards the most important and it looks like here in the last test in Qatar we did a huge step and we were closer. Anyway, we know we struggle on this track because it’s one of the worst tracks for us but the motivation and ambition of the first race can always supply what you need.”

“For the technical part we’re a little more in trouble compared to last year but we’re closing the gap and I think we’re improving. Now it’s race weekend, this is quite different to testing and you focus a lot more on going fast and less on checking things on the bike. I’m more motivated in the GPs than in the test.” 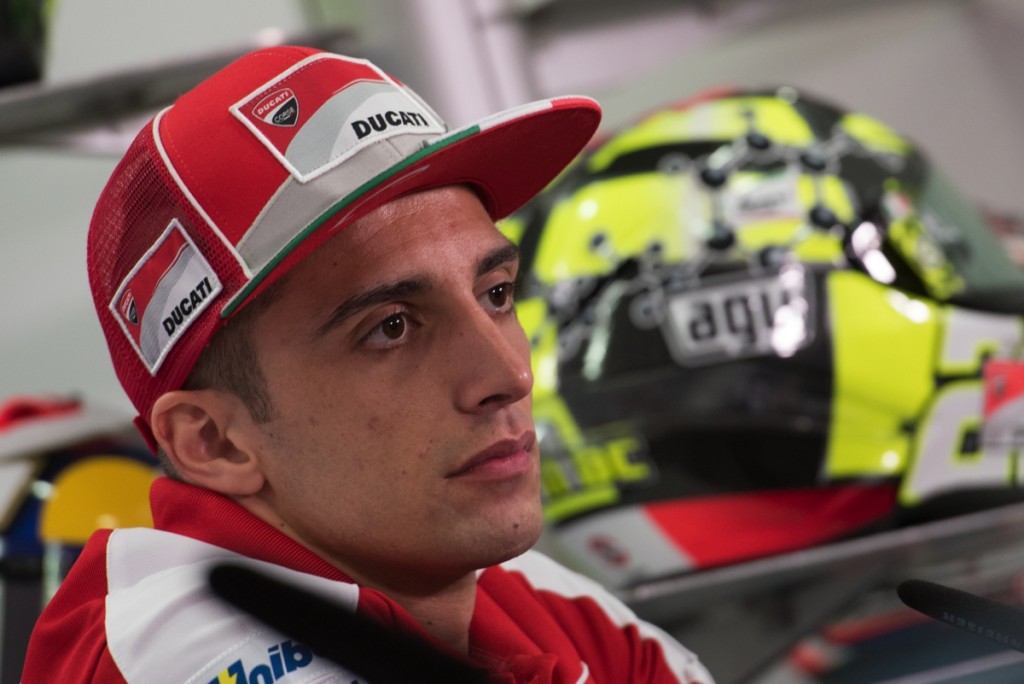 No doubt, one of the strongest dark horse amongst the six is none other than Ducati’s Andrea Iannone. The Italian rider landed his Italian team’s first podium in Phillip Island, Australia last year whilst his pace during pre-season tests also shows very strong signs.

Another dark horse here is rising star Maverick Viñales. The young Spaniard has outpaced his more experienced teammate Aleix Espargaro throughout pre-season tests, and he looks poised towards putting the factory Suzuki machine higher up in the standings this season too with his eyes set on the podium. 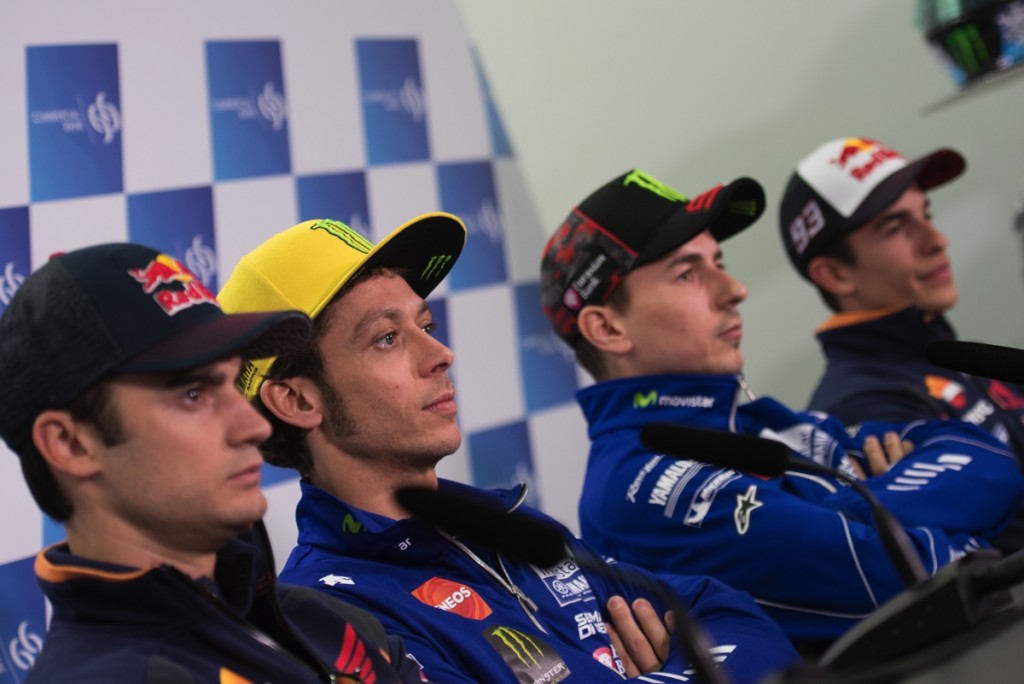 But of course, the one to watch this season too is Valentino Rossi. Despite the controversy of the Sepang Clash, the Italian superstar is eyeing to snatch his tenth world title this year, but as ever, he will face stiff challenges from teammate Lorenzo. With that, Rossi has got himself a new ‘coach’ of sorts this season in the form of former 500cc front-runner Luca Cadalora.

“He (Cadalora) will work with me through the season. We worked together and tried some things in the test. It’s always interesting to have a former rider like Luca with a lot of experience and a good vision around the track. During the test we found something interesting so we’ll continue together.”

As the talking stops, attention will now focus on the racing with Thursday evening’s first scheduled Free Practice standing as the first indicator of how the weekend will fare out.

Will Marquez pull miracles again? Will Rossi finally prove he truly is the Greatest Of All Time (GOAT)? Will Lorenzo assert his dominance once more? Or will dark horses Pedrosa, Iannone and Viñales give these three a run for their money? This weekend will be one to remember for the ages indeed.