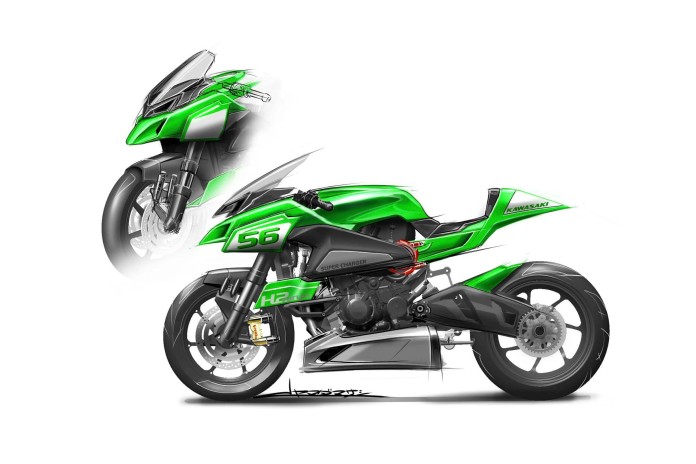 Get ready for the next wave of supercharged superbikes as Kawasaki is reportedly in the midst of developing a new model christened as the Kawasaki Ninja R2.

A report by MCN included a rendering of the bike, which has more or less confirmed Kawasaki’s intent in developing a new supercharged superbike that the firm will likely use to rewrite the rules with next year. Also fuelling this was the fact that Kawasaki had filed trademarks for several model names including Ninja R2 amongst others.

Details of the upcoming Kawasaki Ninja R2 remain scarce for now other than the fact that it will be supercharged. According to MCN’s report though, which cites insider sources from within Kawasaki, the Ninja R2 is expected to be supercharged middleweight bike with a capacity of just over 800cc. The fact that it is supercharged could see it stand as a proper alternative to the current crop of litre-class superbikes.

What is also fuelling this possibility is the fact that Kawasaki has no intent in putting its supercharged engine technologies into racing just yet. This gives Kawasaki the freedom to work on a mass-market bike that is not tied down to conventional capacity limits or other racing homologation limitations.

And whilst all signs point towards a supercharged engine just over 800cc, MCN also reports that another smaller capacity version could follow soon after and slot below the Kawasaki Ninja R2.

The Ninja R2 is reportedly just the first of a range of three bikes that Kawasaki is believed to be working on that features forced-induction technology. The Kawasaki SC-01 and SC-02 concept bikes revealed last year also hinted at how widely Kawasaki wants this technology to spread throughout its model ranges. 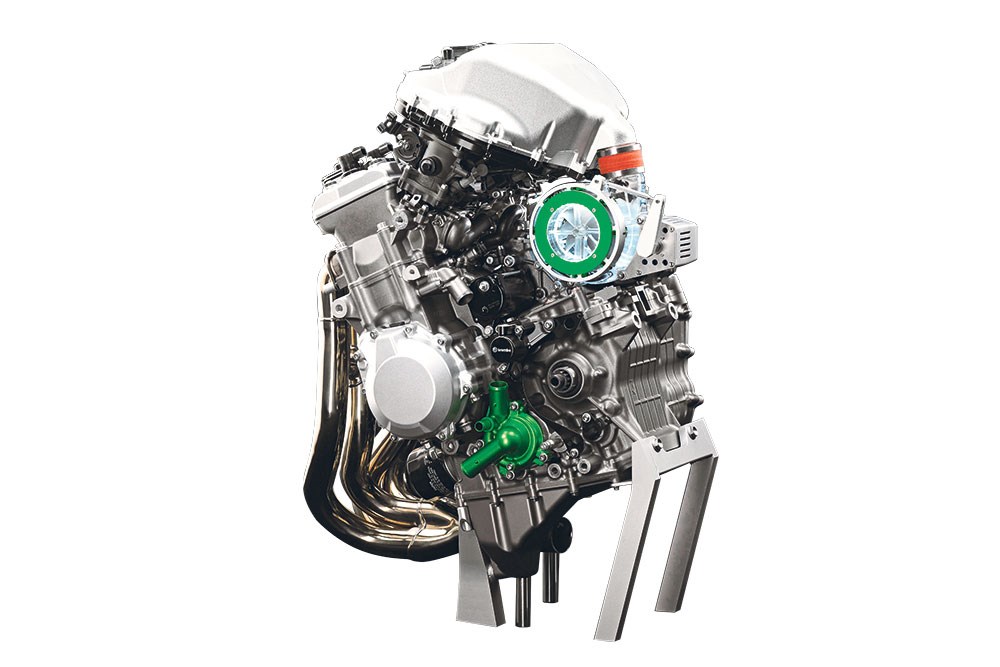 Kawasaki also took the wraps off a second generation supercharged four-cylinder engine during the 2015 Tokyo Motor Show. Dubbed as the ‘Balanced Supercharged Engine’, it featured a smaller capacity than the 998cc mill powering the manic Kawasaki Ninja H2 model, but it was bigger than the initially predicted size of 600cc. It is believed that this unit will go on to power the upcoming Ninja R2.

The only question left is when the Kawasaki Ninja R2 will be revealed. Best estimates based on how long Kawasaki took from trademarking the Ninja H2 name and its actual revealing suggest a debut as early as the tail end of 2016, but we reckon it will realistically be shown sometime in 2017 instead.