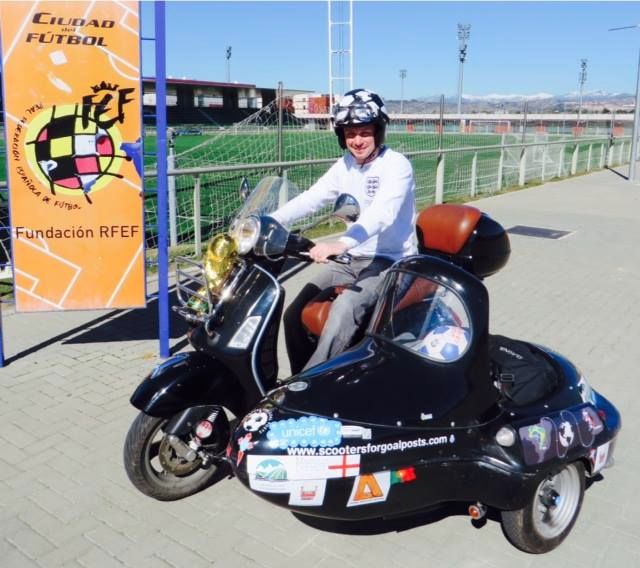 Whilst still on the subject of Vespas, here’s a piece about a passionate England football fan and his 15,000-mile ride to attend this year’s World Cup in Brazil with a Vespa and a sidecar. 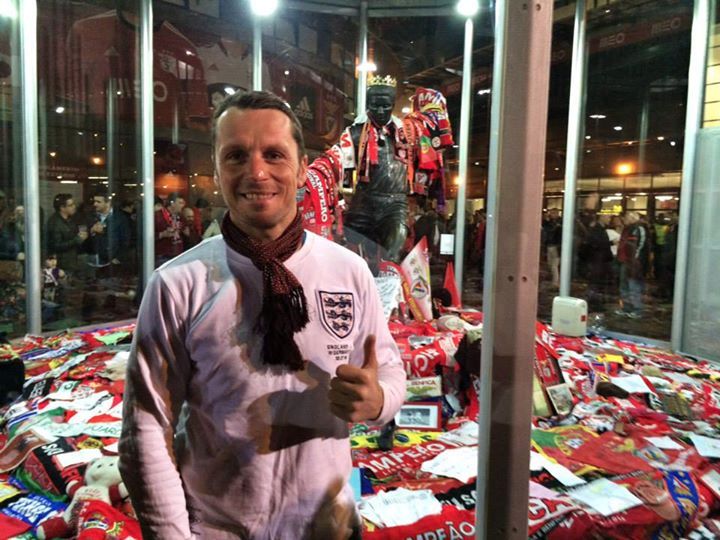 44-year-old Chris Hallet is essentially your average English bloke who happens to be a strong supporter of his national football team. The ‘ordinary’ verb to describe him went out the window went he decided to quit his I.T. job, take out all his savings, and decided to ride to this year’s World Cup in Brazil riding a Vespa with a sidecar.

Chris’ journey will cover roughly 15,000 miles (more than 24,000km), travelling through Mexico, Honduras, Costa Rica, Colombia, Ecuador, Chile, Argentina, and Uruguay before subsequently reaching Rio de Janeiro, Brazil in time for the 2014 World Cup kick-off. At the same time, Chris will also be riding in aid of the UNICEF charity via his self-funded “Scooters for Goalposts” ride. 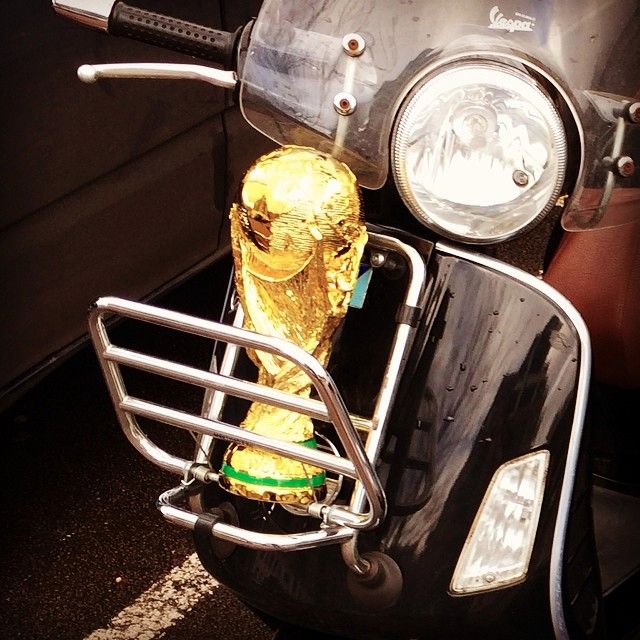 Not just merely riding through Latin America, Chris is also planning to challenge like-minded peers and fans at his stops in penalty shoot-outs, allowing people to lift up a replica of the World Cup trophy if they outscore him. Fittingly, the English football fan also hopes for his national team to do their best by saying: “”I just hope Roy Hodgson has got the England team practicing as many penalties as I am facing.”