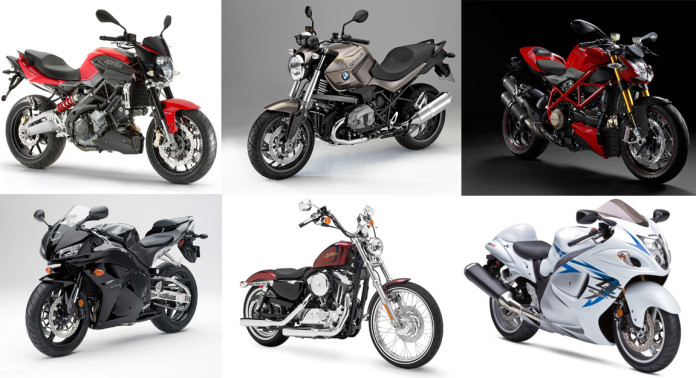 We scour through the used bikes classifieds once more and find six awesome bargains worth considering.

We’ve said this before, but we’ll say it again: you don’t need a big budget to start your biking dream. Fortunately for us Malaysians, the used bikes market is just as abundant as the new bikes market, and we are indeed spoiled for choice.

This month, we scour through the online classified ads listed in both Bike Trader Malaysia – Malaysia’s leading motorcycle classifieds – and the ever-popular Mudah.my to find some of the best used motorcycles currently available. Here’s our pick of six amongst the lot in both ad sites for this month. 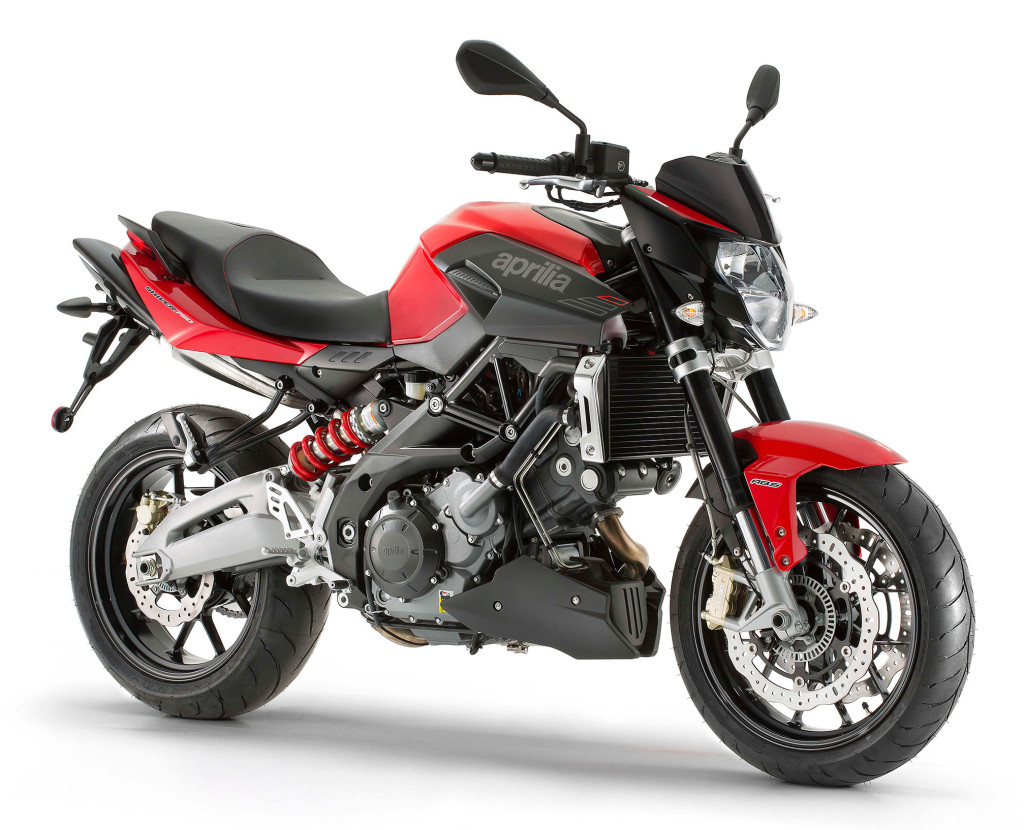 Though it has been around for a while, the Aprilia Shiver 750’s appeal is easy to grasp. A middleweight that had a stylish Italian design and a perky twin-cam V-twin powerplant is an enticing package indeed, making it a favourite amongst riders upgrading up to middleweight that didn’t want something Japanese. 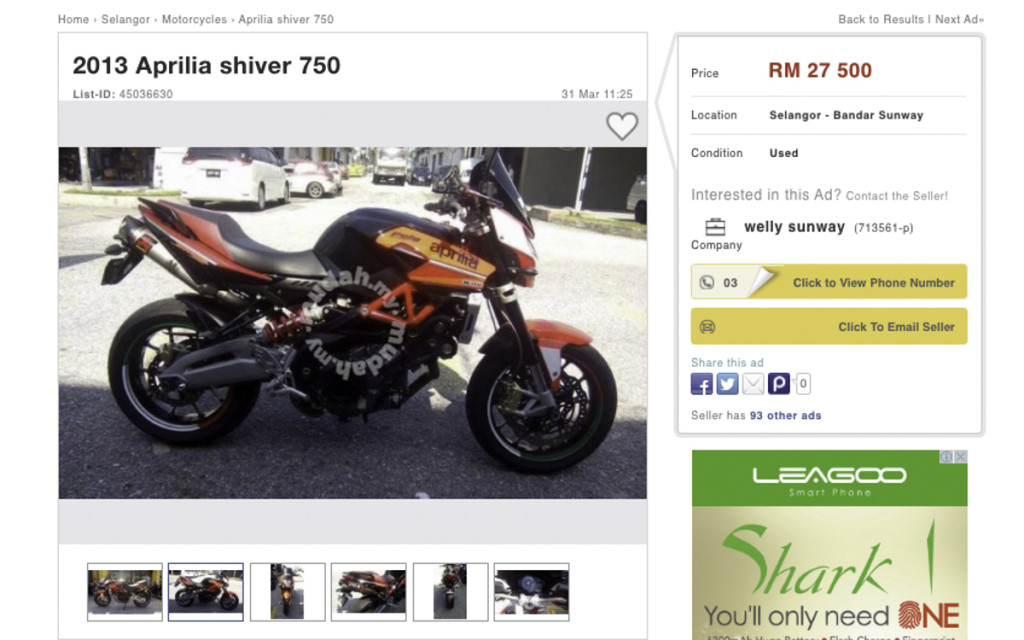 This example, a 2013 model, we found on Mudah.my is listed at a reasonable price of RM27,500. Besides the claimed “tip-top” condition, the seller has primed it with plenty of accessories including an Akrapovič slip-on exhaust set. To have all that at the price of a brand new Kawasaki ER-6n is indeed a steal, especially considering that the new CKD bike launched not too long ago is priced nearly twice of what this pre-loved unit is asking for. 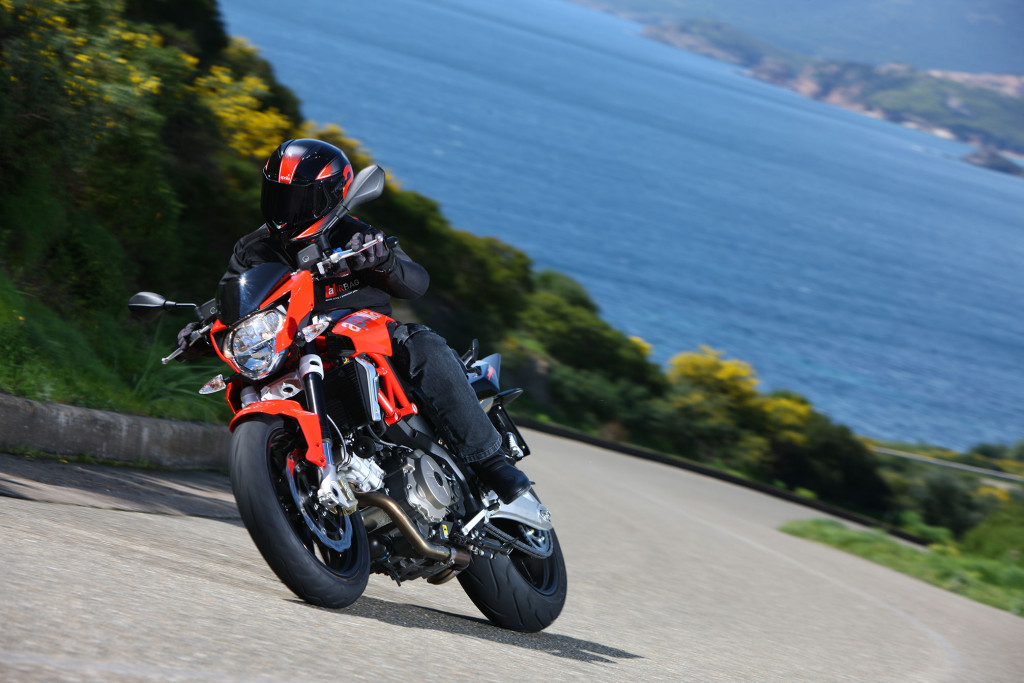 This should be perfect for both newbies who just got their B-full license and those who are looking to upgrade up from a 250cc or 300cc starter. The only other thing we recommend when buying this used Aprilia is to find the right garage that’s capable of maintaining this stylish Italian streetfighter for you (specialists like Moto Aladdin are highly recommended). 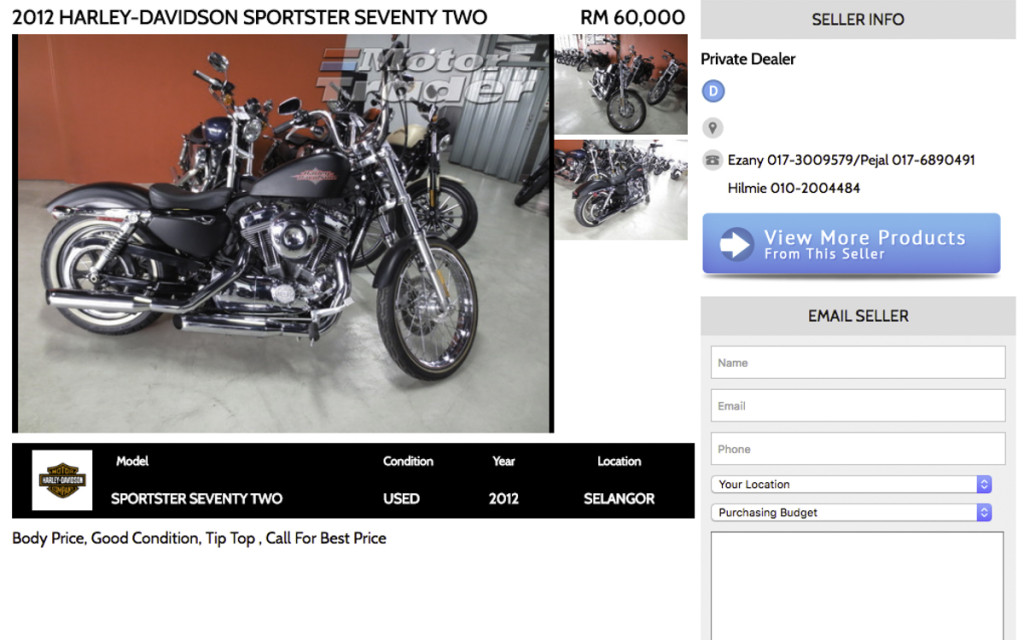 If you haven’t figured it yet, we at BikesRepublic.com absolutely love the Harley-Davidson Sportster range. This used but not so old 2012 Sportster Seventy-Two model listed at Bike Trader Malaysia is no exception from our love either, and at RM60,000, it is something worth considering seriously if you want a slice of that signature H-D cruiser lifestyle. 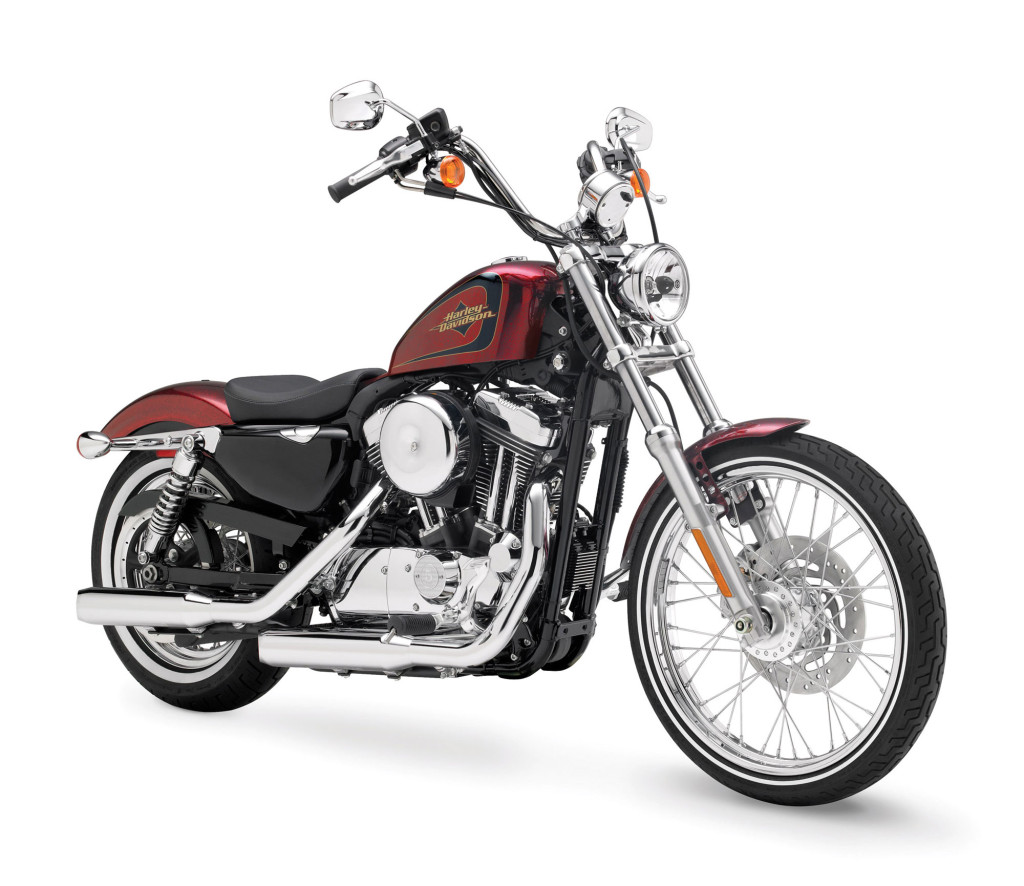 We love the way this used unit merges classic traits like the spoked wheels and rich presence of shiny chrome parts with the modern touch exuded by its flat black paint scheme. But as we’ve mentioned before in our recent H-D Sportster Iron 883 review, think of this as a blank canvas for you to customise in your own unique way. 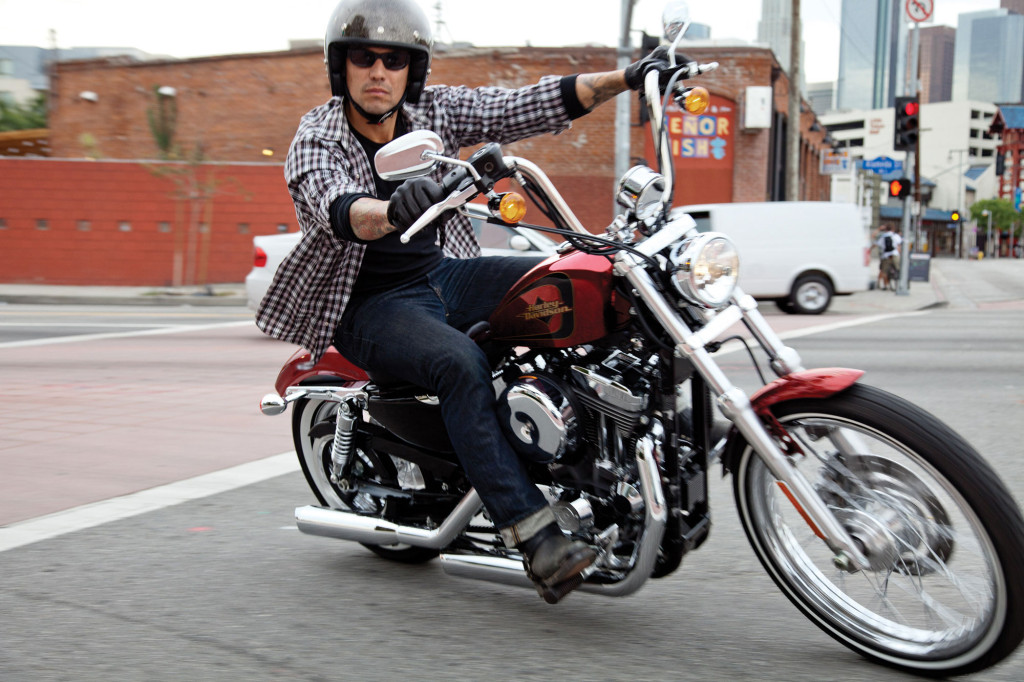 The other great part about buying any Harley, whether it be brand new or used, is that you’ll find it much easier to make new friends amongst those that share the same passion for the famed American bar-and-shield marque. Just make sure you swap those stock exhausts for a decent-sounding aftermarket set (Vance & Hines for instance) after purchasing this brilliant piece of Americana. 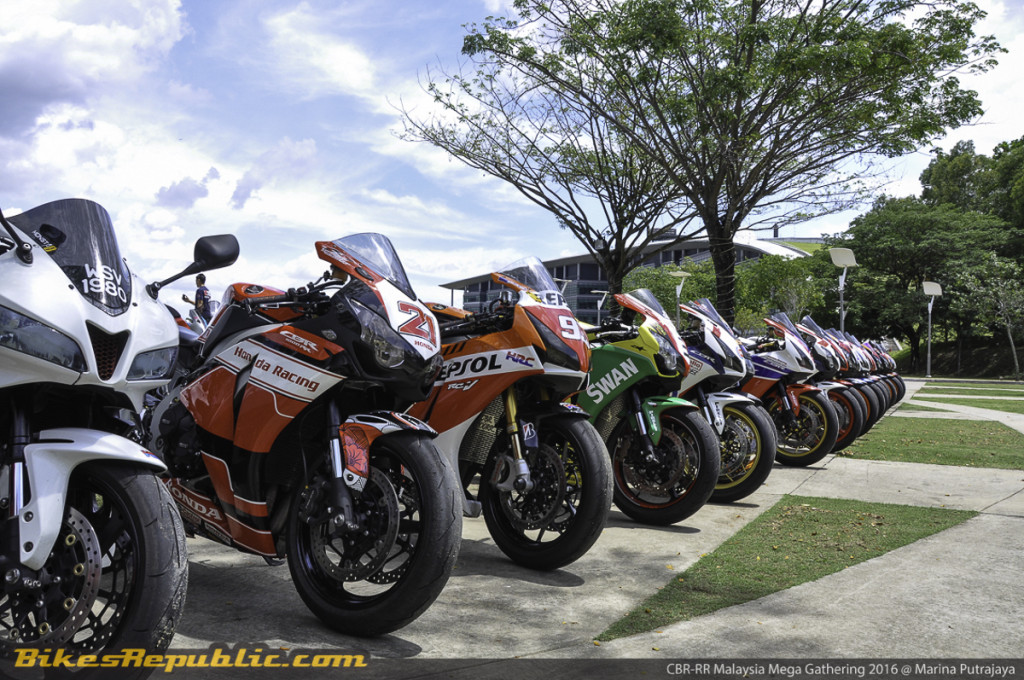 It is no secret that many Malaysian motorcycling enthusiasts (us included!) love middleweight supersports bikes. Though slightly slower than proper 1,000cc or larger capacity superbikes, the lighter weight this genre of bikes typically offers means you’ll have a machine that is more agile and easier to handle. 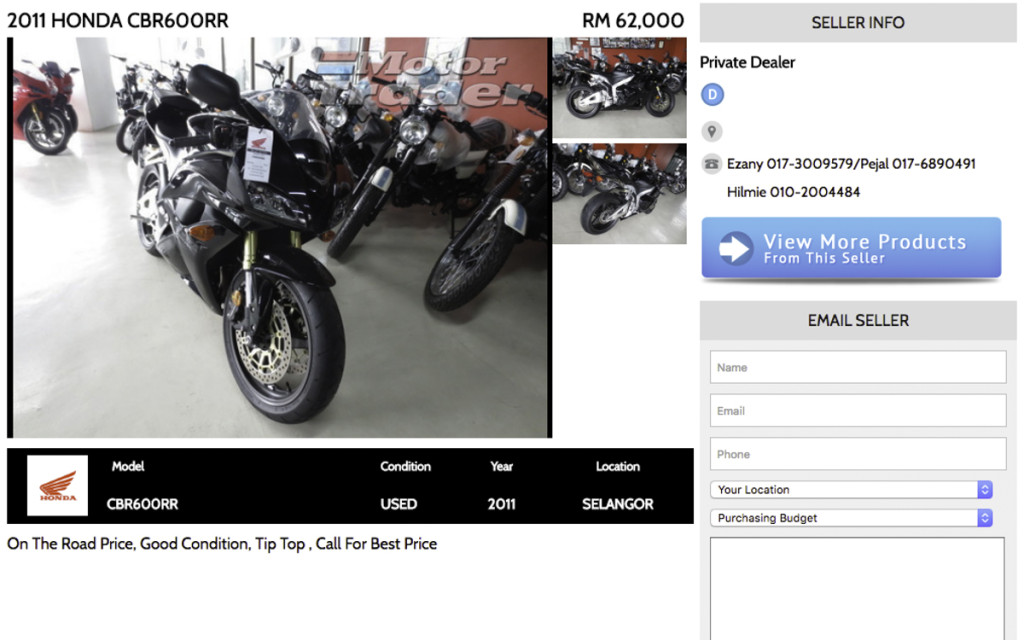 One classic example is this 2011 Honda CBR600RR we found on Bike Trader Malaysia. Though it is an older model, you won’t find any problems in squeezing all of the 99.6hp  available out from the 599cc four-cylinder screamer primed underneath. And this power will be easy to handle  thanks to this bike’s claimed 190kg kerb weight too. 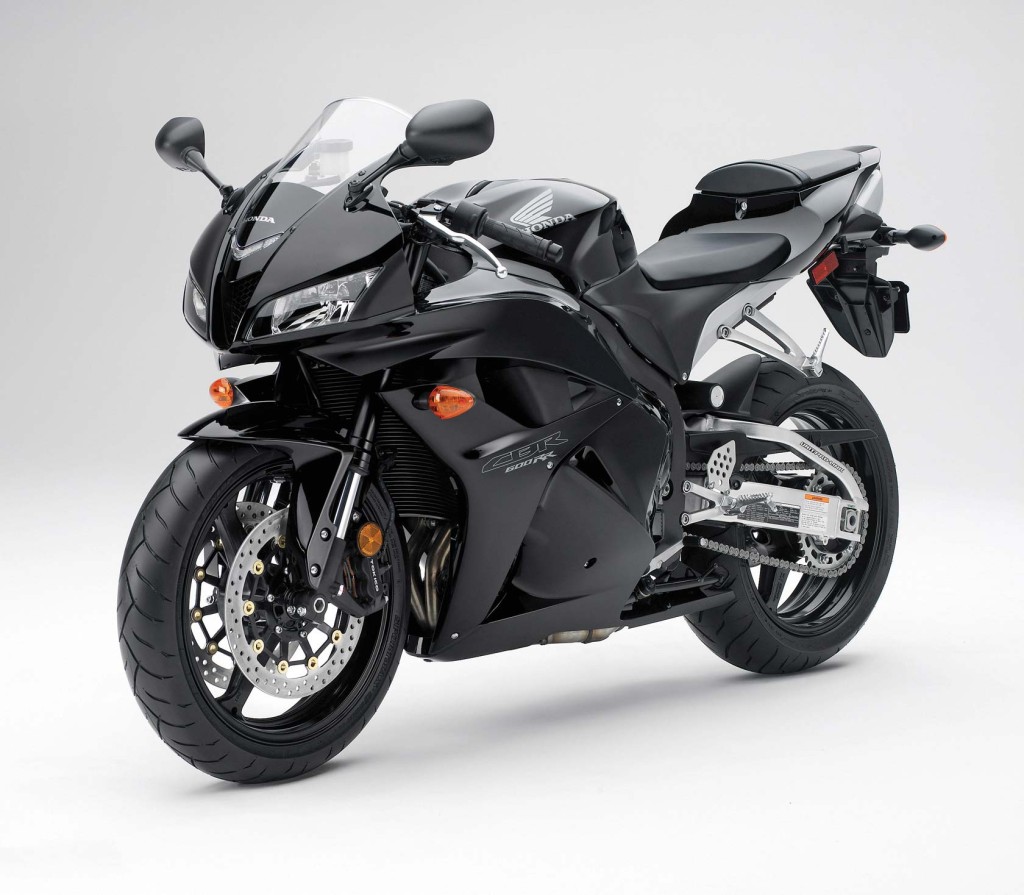 The RM62,000 price this unit commands is quite the bargain if you ask us, making it the perfect machine for those who are just starting out as weekend trackday and back road warriors. All this particular bike needs is a new slip-on exhaust, a set of sliders all-round plus a wheels and tyres swap to become a proper trackday weapon. 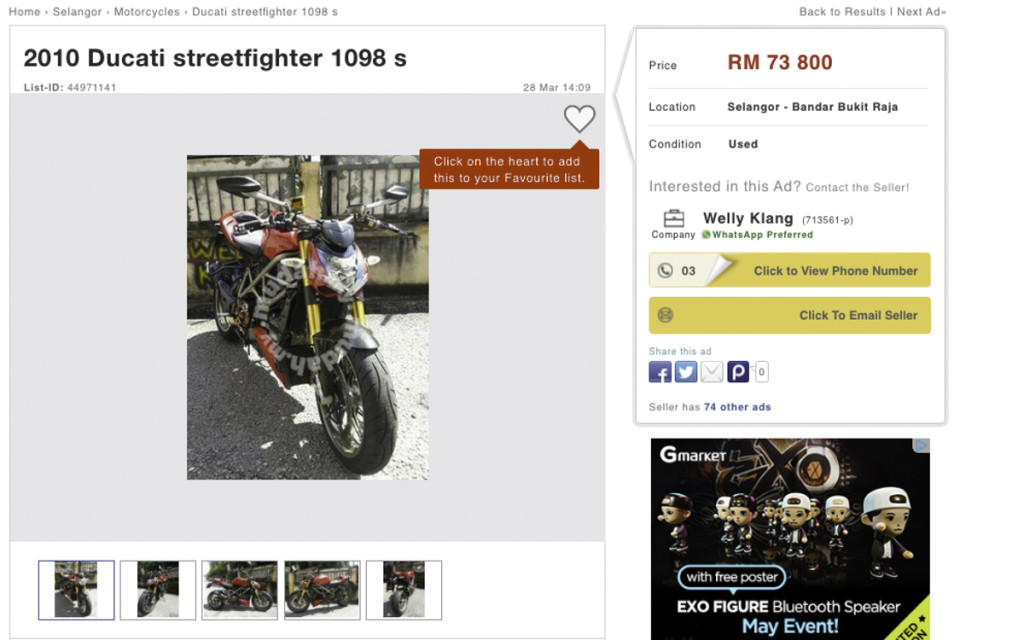 Ducati has yet to produce a proper replacement for its Streetifghter line, but that doesn’t make the current Streetfighter any less of a monster than it really is. Reinforcing that is this 2010 Ducati Streetfighter S we found listed on Mudah.my. 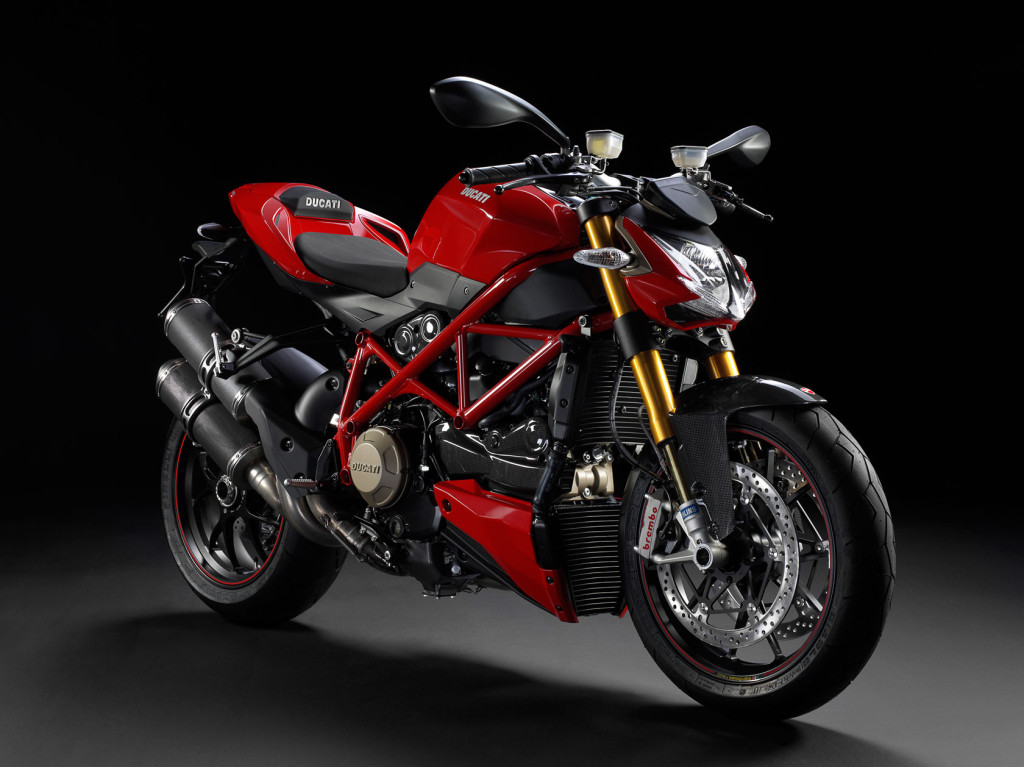 As the ad states, this isn’t the less powerful 848 version, but the flagship and racier ‘S’ iteration. It features the monstrous liquid-cooled 1,099cc V-twin lifted from the Ducati 1098 Superbike coupled with racy bits such as Öhlins suzzies, lightweight Marchesini forged aluminium wheels, as well as the Ducati Traction Control (DTC) and Ducati Data Analyzer (DDA) features. 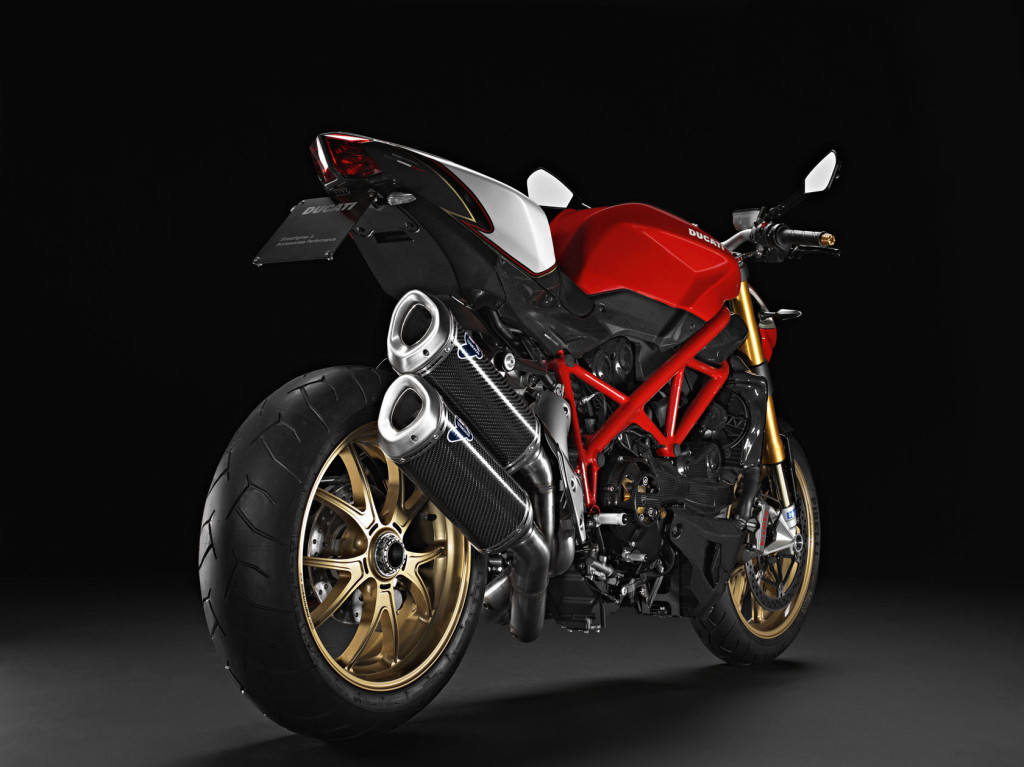 Even against Ducati’s current line up, this seemingly older Streetfighter model doesn’t seem to be too far off in terms of performance and tech levels. Given the fact that Ducati may or may not produce a new replacement, this bike is sure to become a future classic too, making this particular pre-owned unit’s RM73,800 asking price almost worthwhile for the moment. 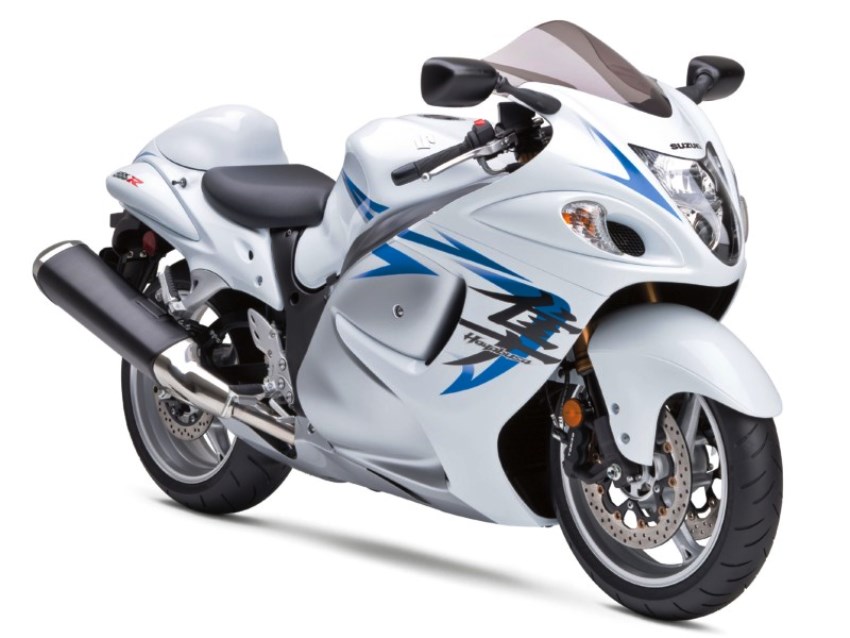 Want a bike that is the ultimate expression of all-out power and speed? Then you need the legendary Japanese peregrine falcon, the Suzuki GSX1300R Hayabusa. This is the world’s fastest production bike we’re talking about, and very few have come close to snatching its crown away. 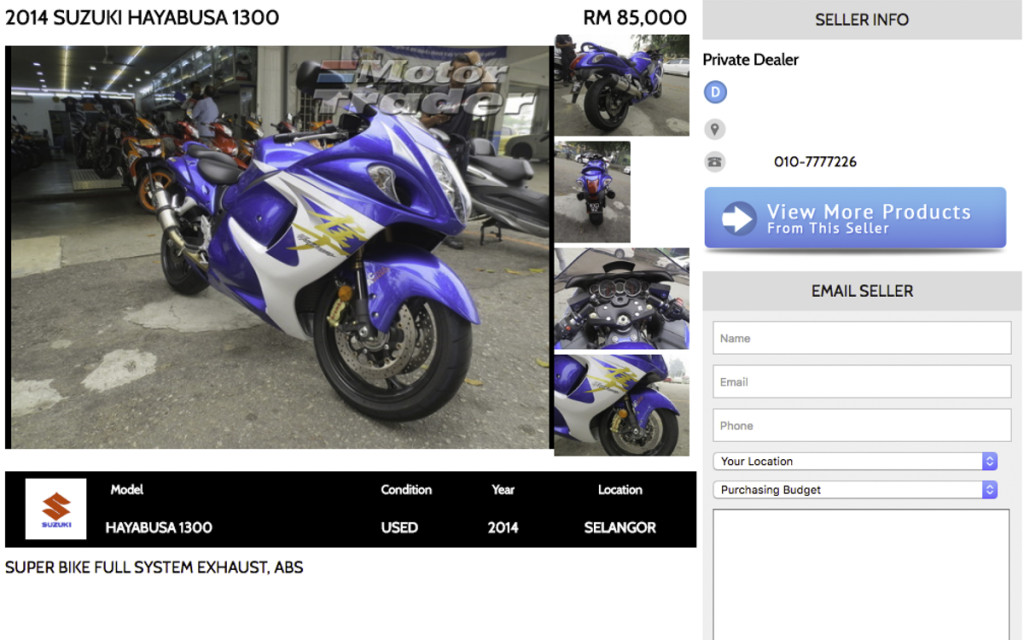 This 2014 model we found listed on Bike Trader Malaysia is a fairly recent offering, which means there’s very little to go wrong. Buying the ‘Busa brand new is a very expensive proposition as prices start from RM99,000 (sans GST, road tax and insurance). With that, it is easy to see that this second hand unit’s RM85,000 asking price makes a lot of sense. 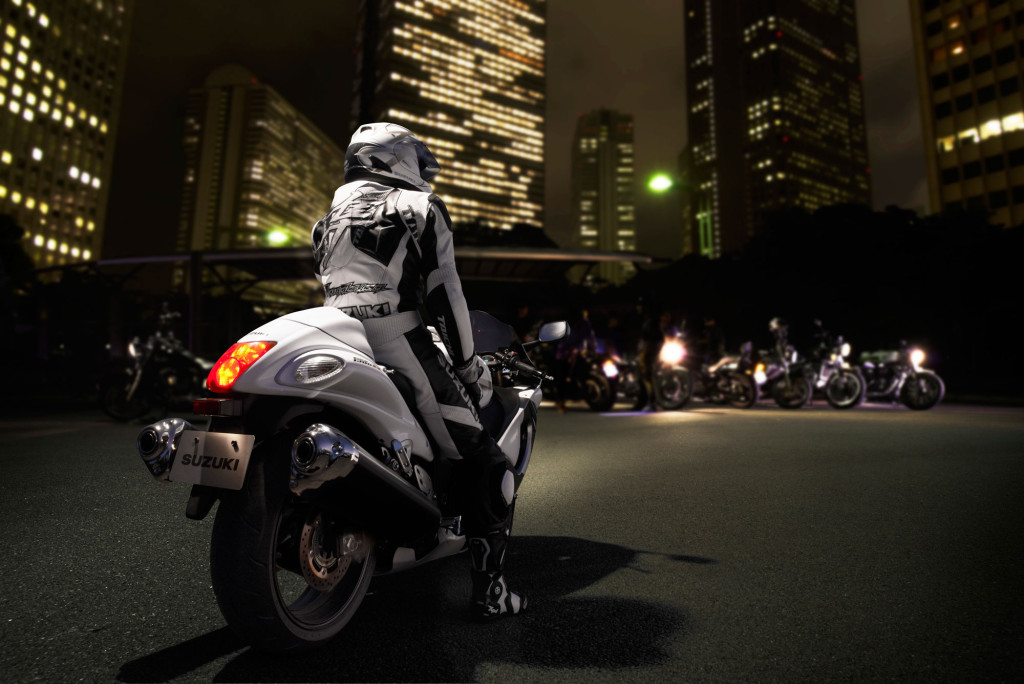 Furthermore, this ad states the presence of an aftermarket full-exhaust system included, so there’s basically little needed to be done on this ‘Busa. For a bike that’s capable of sprinting from standstill to 100km/h in less than three seconds before hitting top speeds beyond the 299km/h mark, you’re getting a lot of speed for relatively little cash – bargain of the century indeed! 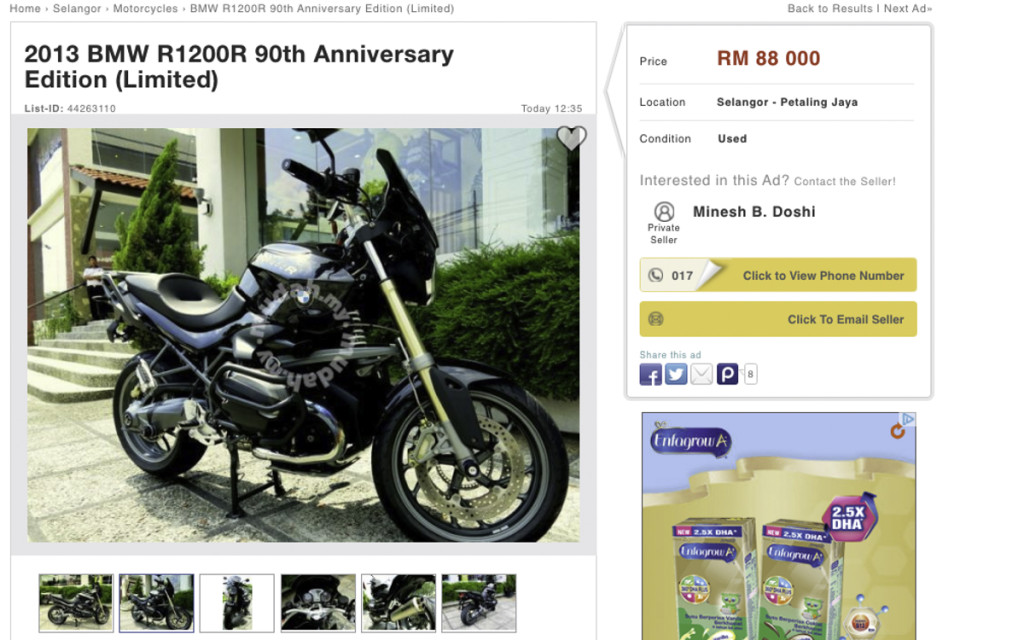 Our last bike in this list comes in the form of the BMW R1200R streetfighter. This 2013 model is also a fairly recent one so to speak, with the ad stating it having really low miles from being under-utilised. This being a commemorative 90th Anniversary edition, we can understand why. 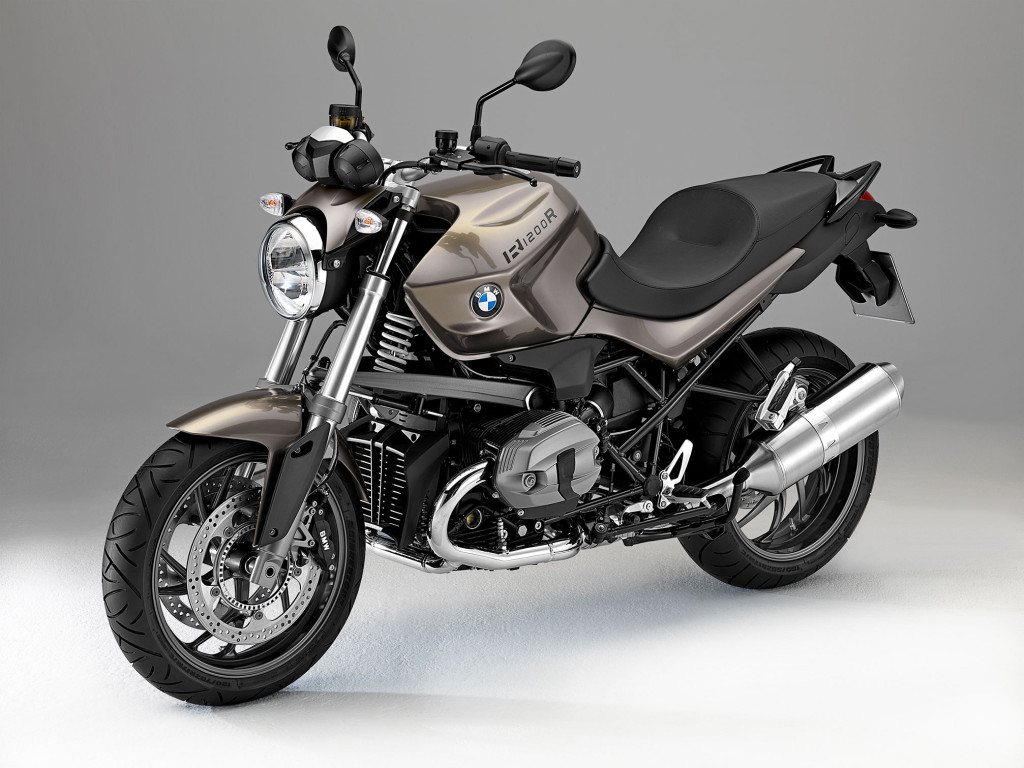 If you wanted a different motorcycling experience that wasn’t powered by a V-twin or in-line four-cylinder, then you ought to give BMW’s signature 1,170cc boxer twin-cylinder a go – it really is something else. The unit is renowned for its impressive torque and power figures, having proven itmself well in both the R1200 GS adventurer and R1200 RS sport-tourer. 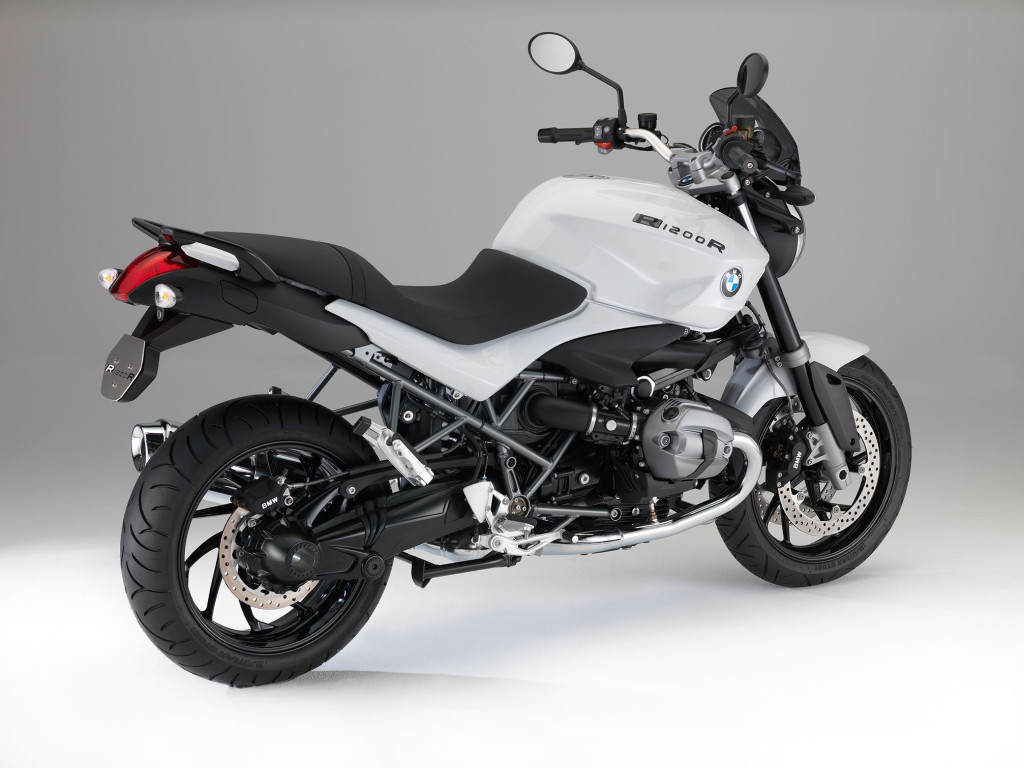 Priced from RM98,800 when new, this lightly-used BMW R1200R’s price of RM88,000 is a little steep, but a bargain nonetheless – this bike appears to be as good as new. The fact that this is a special celebratory edition just adds to that further, not to mention the extensive list of accessories the seller is throwing in as well. This is one Motorrad that needs to be picked up and ridden now!