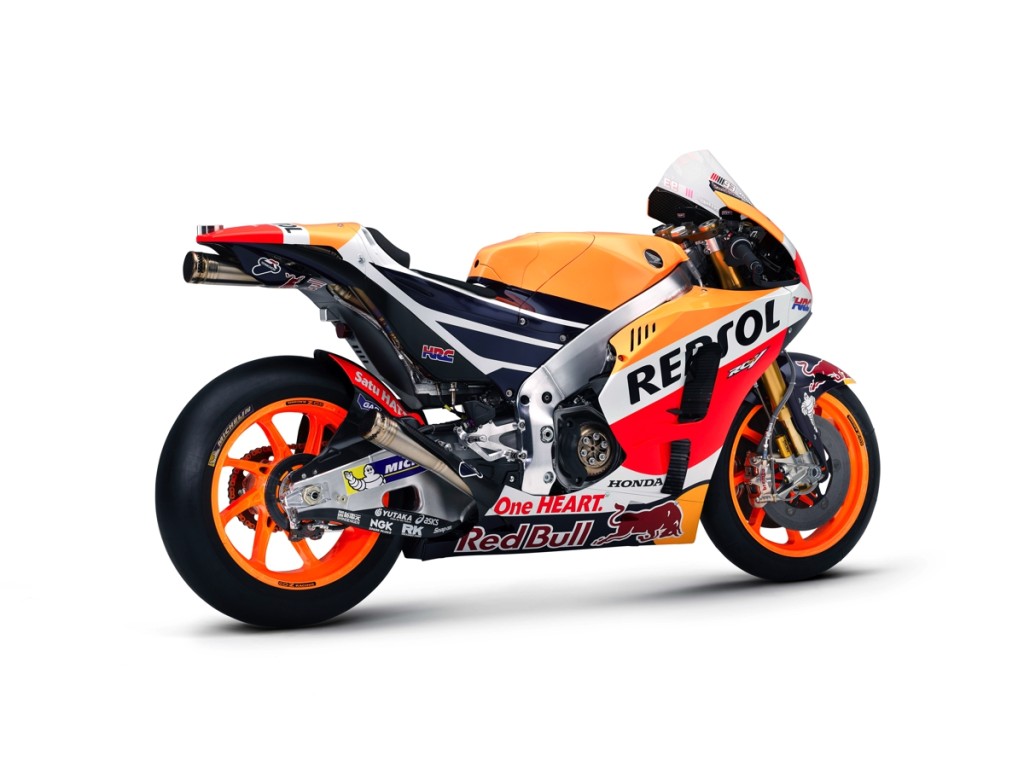 The Honda Racing Corporation (HRC) took the wraps off its updated 2016 Honda RC213V MotoGP race bike in Indonesia over the weekend. This is in fact the first glimpse of the mighty H-brand’s revised 2016 MotoGP race machine ahead of the new season. 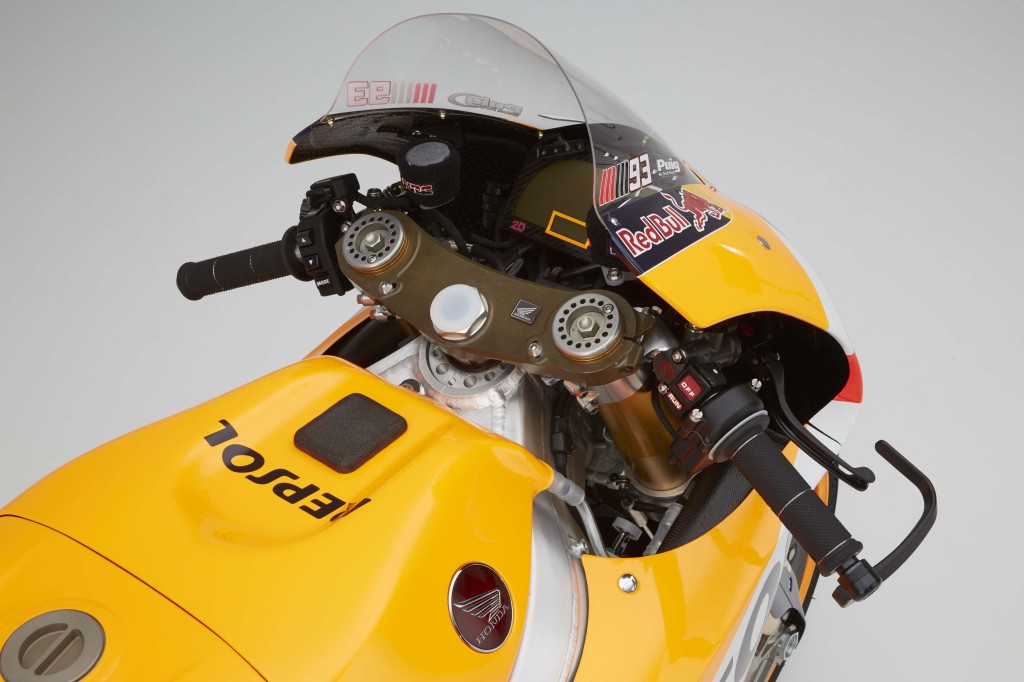 The new 2016 bike holds a lot of promise as reports indicate that it is slightly ‘tamer’ than the 2015 bike it replaces. HRC had a disastrous outing in the 2015 season as both its riders – former world champion Marc Marquez and Dani Pedrosa – struggled to perform with the 2015 bike. The factory-backed team even had to revert back to its 2014 bike midway through the 2015 season as well. 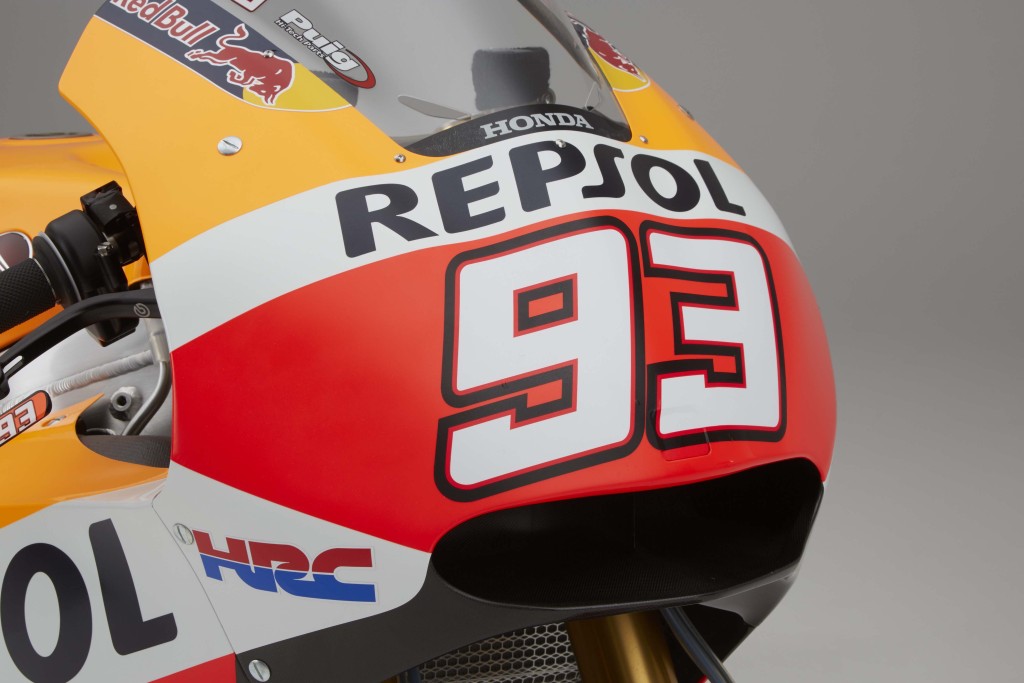 Underneath, the 2016 Honda RC213V racer still packs the monstrous 90-degree 1,000cc V4 engine. But the 2016 version now sees the mill paired with MotoGP’s new and unified electronics package. Whilst it makes for closer competition, Honda appears to be struggling with the new electronics package from the beginning of pre-season tests right up to the recent tests held in Sepang. 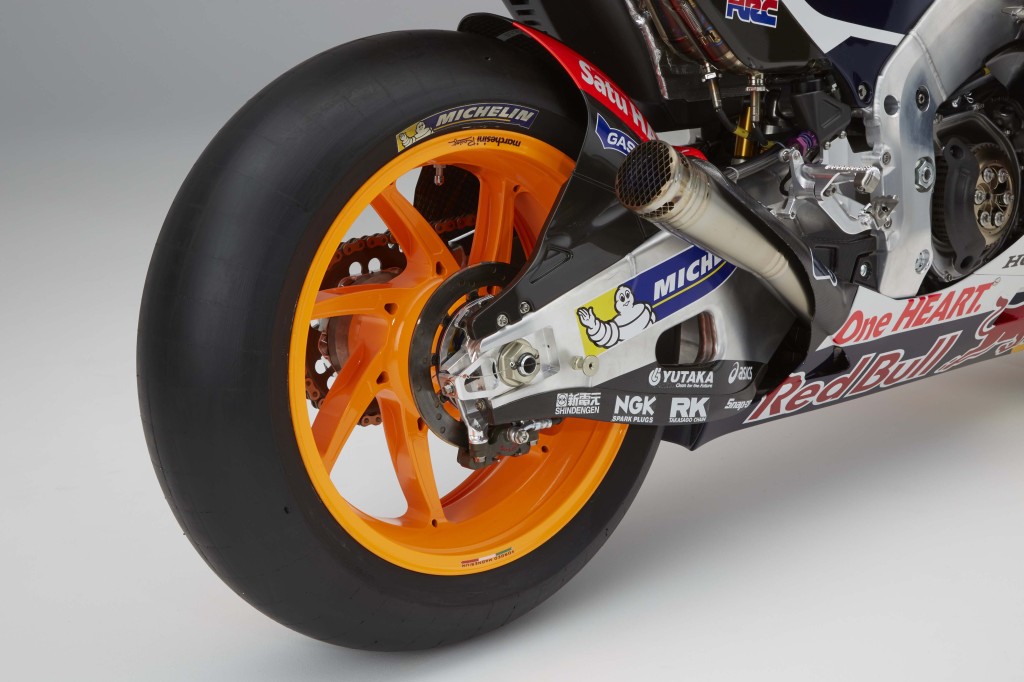 Despite these drawbacks, the Honda encampment appears rather optimistic still about how it would fare this season, especially with the revised bike’s tweaked engine. The firm states that it has been made “lighter, more power and [have] rider-friendly characteristics.”

Of course, we can only speculate for now until the bike actually proves itself during the final string pre-season tests leading up to the Qatar season-opener.