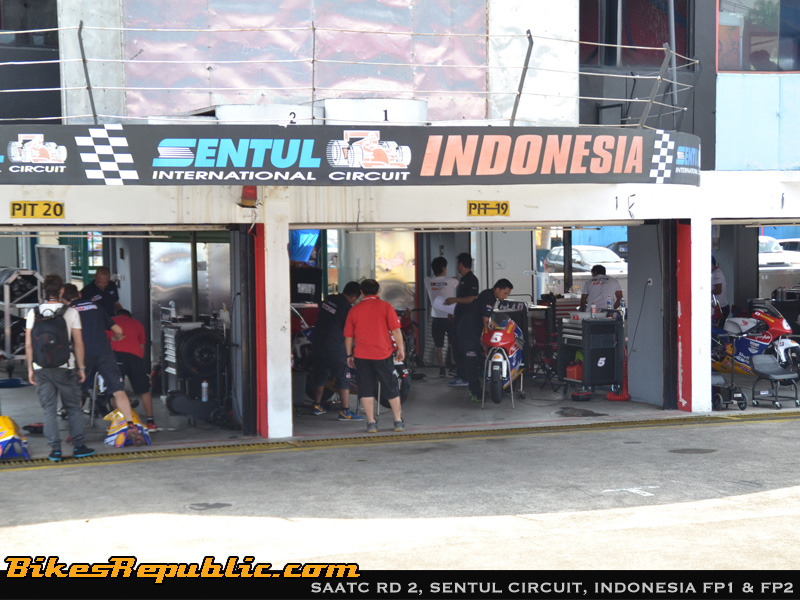 Friday in Sentul started off smoothly with almost perfect weather conditions leading up to the day’s 30-minute and 40-minute practice sessions. 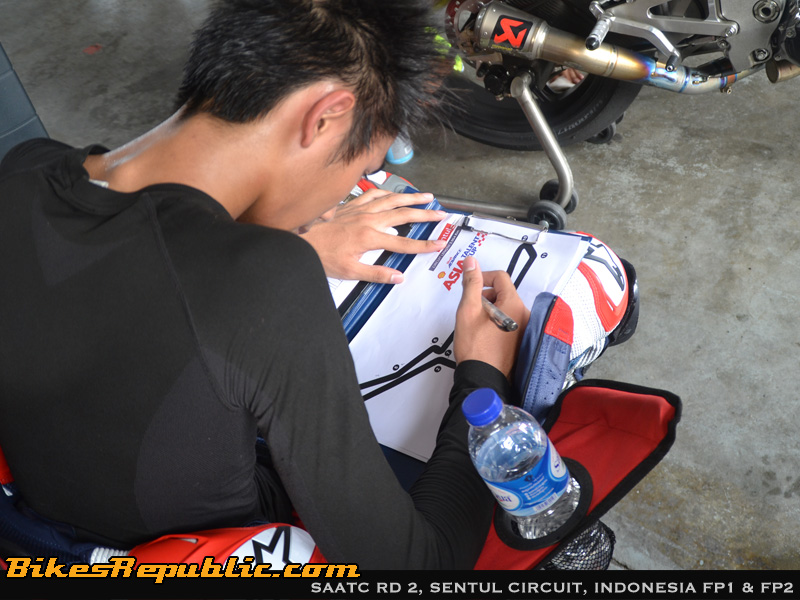 For most of the 22 young riders on the Shell Advance Asia Talent Cup (Shell Cup) grid, this is their first time riding around Indonesia’s Sentul International Speedway located about 45km away from the capital of Jakarta. 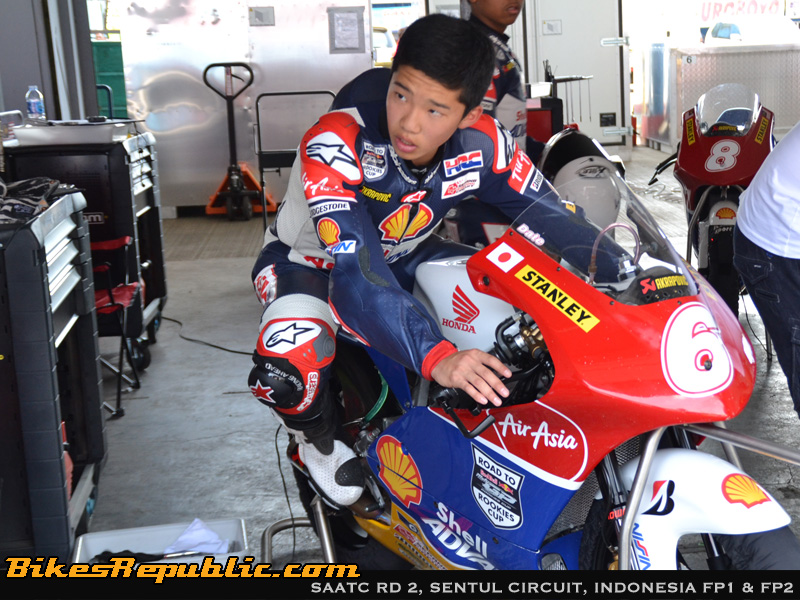 In FP1, most of the riders opted to take things a little more conservatively whilst getting to grips with the circuit’s layout. Unfortunately, there were several who inevitably overshot several turns into the gravel traps while only a few high-sided including Malaysian rider Helmi Azman. Nevertheless, some were evidently pushing, explaining as to why the timing gap between the first and last rider was 5.271 seconds. 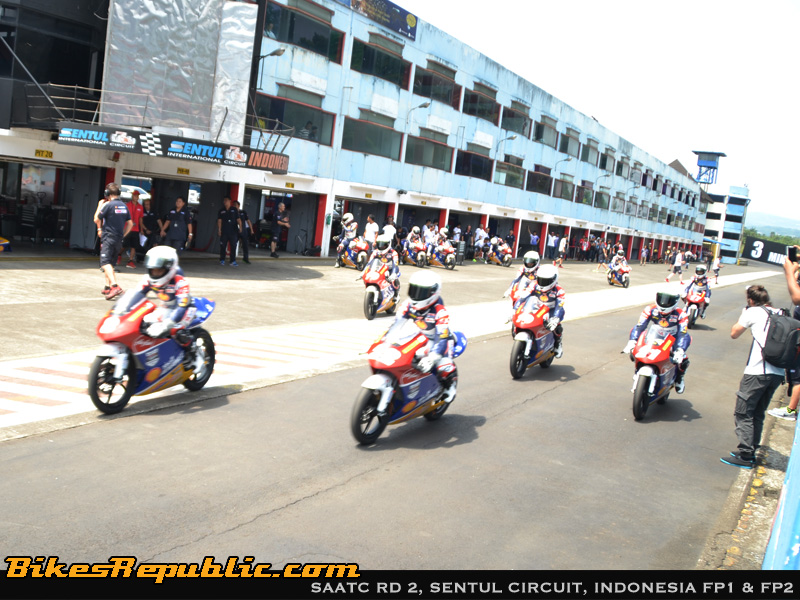 Topping the time sheet for FP1 were the Japanese trio of Ayumu Sasaki, Kaito Toba, and Qatar race winner Yuta Date. The first session saw Sasaki clock in a best time 1:40.205 in his 16-lap session while compatriates Toba and Date were not far behind.

Also not far behind the Japanese top three were the two Indonesian home heroes Wilman Hammar and Andi izdihar. Both ranked in the top 10 in FP1 with Hammar managing to rank himself 5th with a fastest time of 1:41.470 whilst his fellow countryman Izdihar ranked seventh with a timing of 1:41.759. 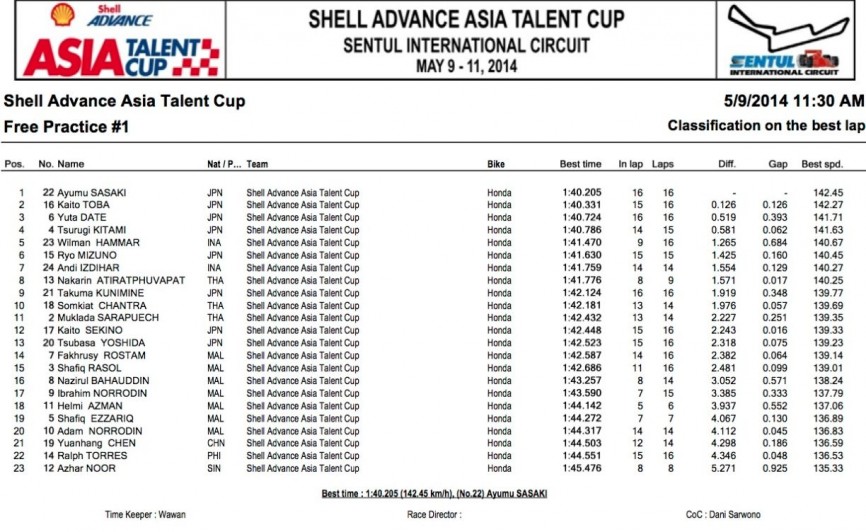 With the circuit layout and surface nature locked in, the grid then proceeded into FP2 shortly after the lunch and Friday prayers break for a slightly longer 40-minute session. Riders were in for slightly more difficult conditions here with heavy cloud cover rolling in, cooling the track down, with just several spots of light rain as well towards the session’s end.

Regardless of conditions, and with several setup tweaks – mostly in the areas of suspension and sprockets, the improvement over FP1 was drastic, with a large number of them making excellent improvements. 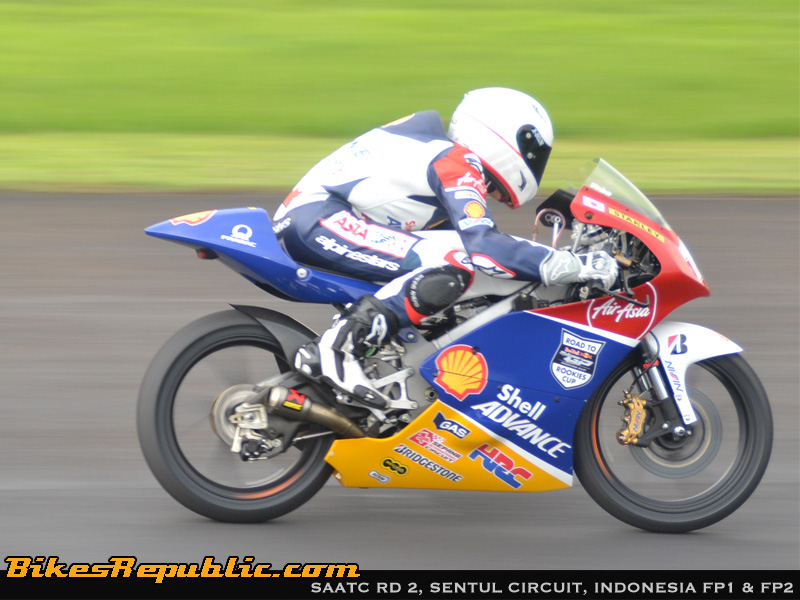 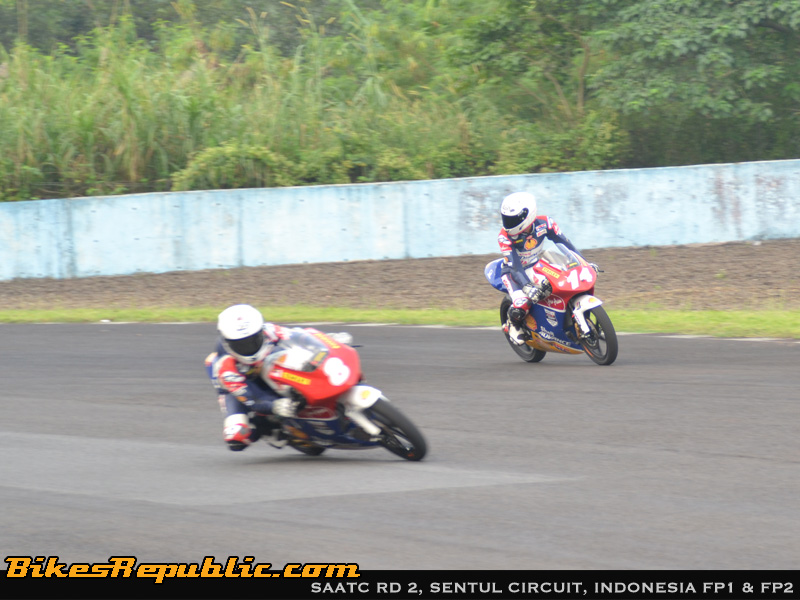 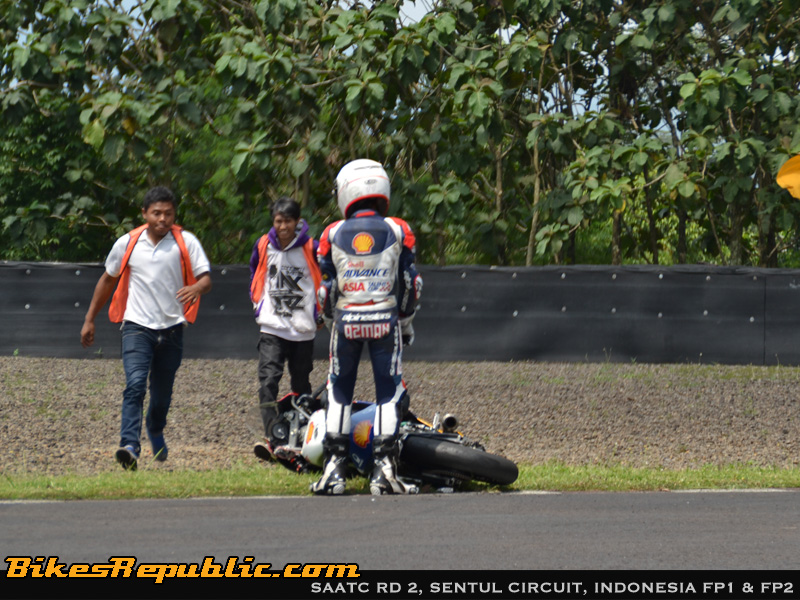 Despite the less than ‘optimal’ circuit conditions, most of the riders have synched themselves better with the circuit’s layout. Laptimes are expected to drop even further in tomorrow morning’s third free practice session and afternoon qualifying shootout. 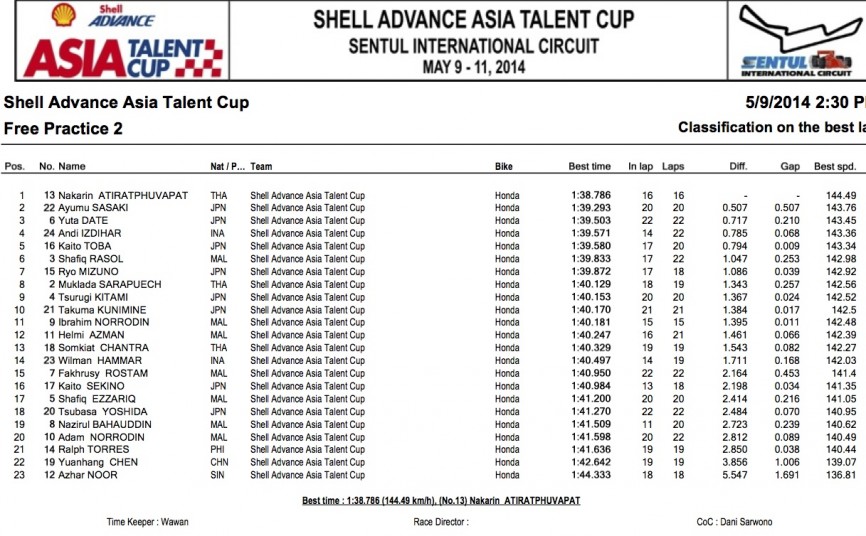 Check out more photos in our exclusive and exciting trackside plus behind the scenes photo of today’s practice sessions in the gallery below.