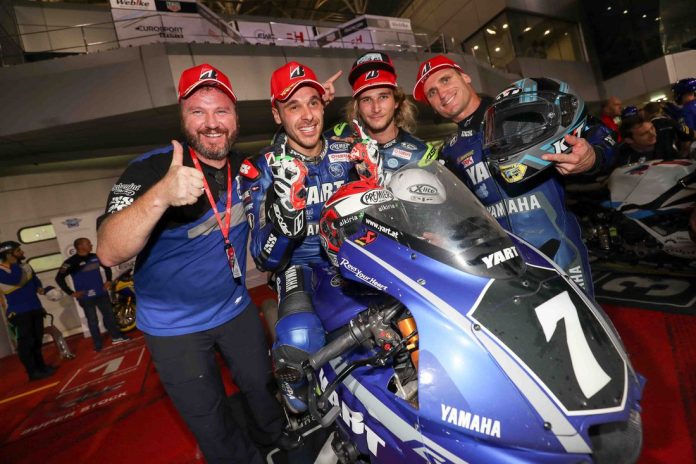 The YART Yamaha team took the win at the inaugural 8 Hours of Sepang FIM EWC race.

The team fought through nerves and drama throughout the entire day to come home one lap ahead of the rest of the field. Niccolo Canepa was the only rider out of the team’s three who went out on track. Their strategy of fielding the fastest rider in the tricky conditions bore fruit despite an early electronics failure scare. 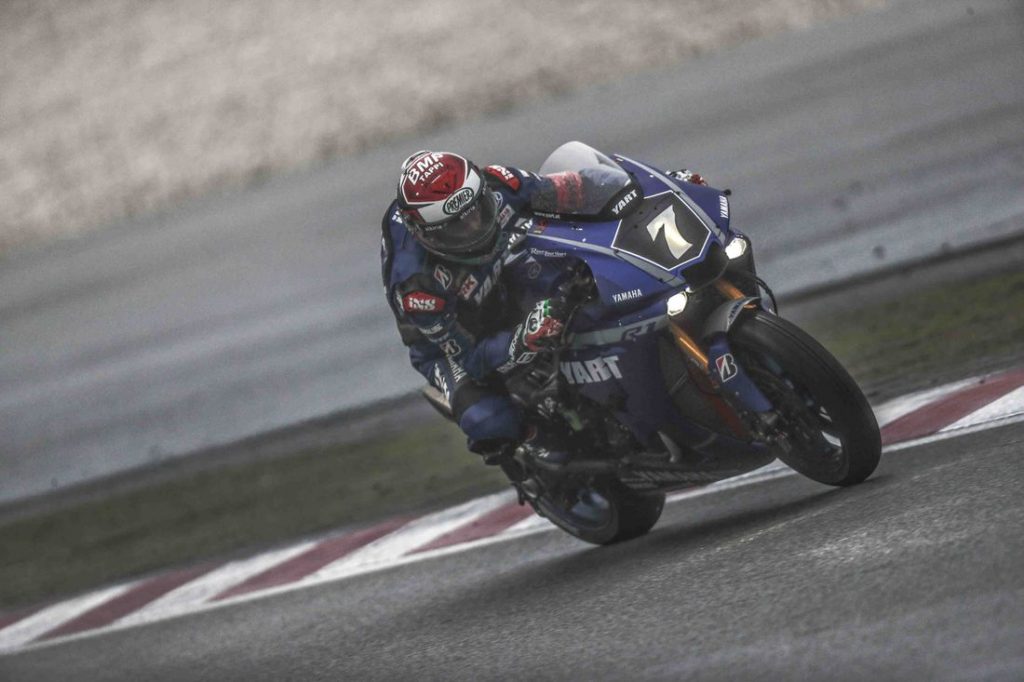 Rain had begun just as the grid formed up and it suddenly became heavier and heavier prior to the start. Race Direction sent the riders out for their second sighting lap but the rain soon became a downpour, forcing the first race suspension.

Team managers were then summoned to the briefing room at 1.15 pm and they decided to wait out the rain. Meanwhile, the clock continued to tick down from the planned 8 hours, as per the championship rules.

The rain started to abate by 2.30 pm, prompting Race Direction to issue the order to open the pitlane for 2 minutes from 3.05 pm. It set the paddock in a frenzy of activity. 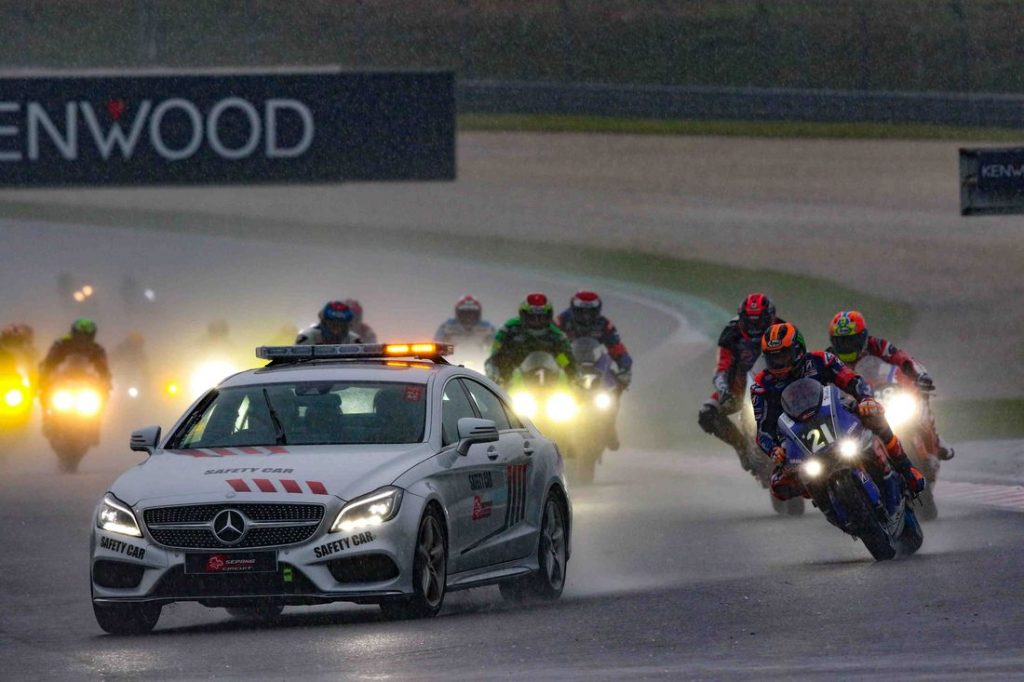 Another meeting was called at 5.00 pm to determine the direction of the race. By now, there were only 4 hours left to race. The decision was made to go out, with many team managers stating that they’ve already spent so much to come this far.

The restart began at 6.00 pm, with 3 hours left. The famous “Le Mans start” i.e. the riders running to their parked bikes was abandoned and the field had a rolling start behind the Safety Car.

The two began trading positions and their battle saw lap times that no other rider could match. it began to look like it was the last five laps of a WorldSBK race. It was a thrill for the spectators to watch, especially since the YSRT outfit is the home team. 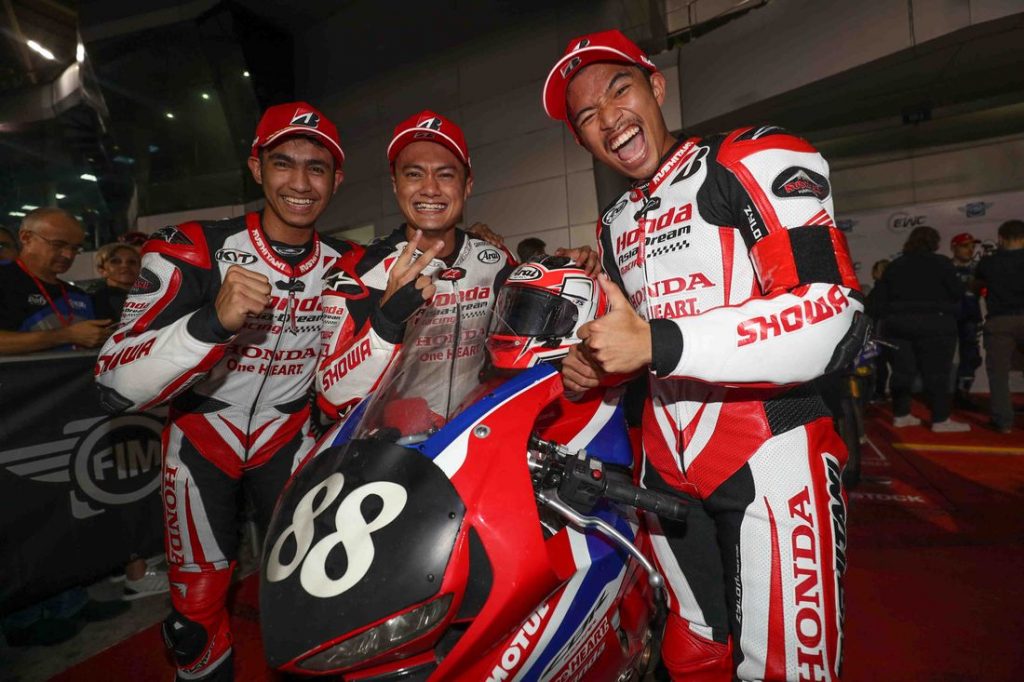 On Lap 12, Van Der Mark outbrake and pass di Meglio into Turn 15. But the former drifted slightly wide and di Meglio decided to jump into the tiny gap. As Van Der Mark tried to tighten his line, he was surprised to find di Meglio front wheel beside him, forcing him to lift his bike. di Meglio looked to have been surprised himself and slid his Honda’s front wheel into Van Der Mark’s rear wheel, knocking both down. Both riders remounted their bikes, but it was Van Der Mark’s which suffered the most damage.

As an illustration of just how far the warring duo was in front of the pack, di Meglio actually rejoined the race still in 1st place.

Van Der Mark managed to get his crippled bike back to his pits, where the YART crew flew into action to repair it. The did so in 6m 25 seconds and sent Van Der Mark back out in 40th position.

Meanwhile, di Meglio continued his demolition of the field. But with just 40 minutes to go, he binned it in Turn 5, heavily damaging his bike. The team would eventually finish in 21st position. 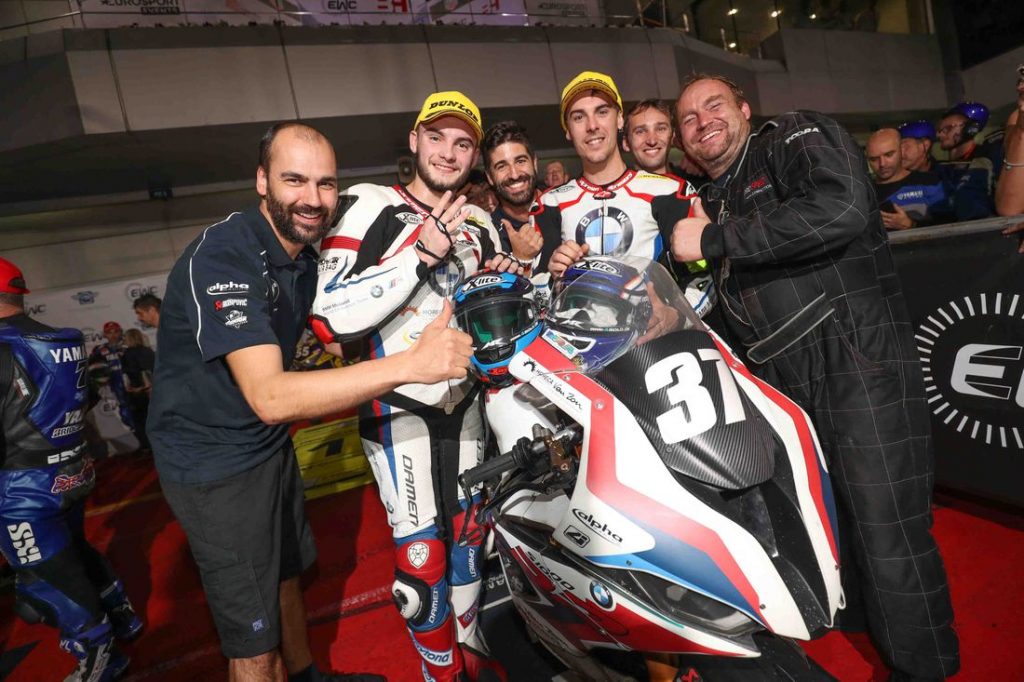 The three eventual podium finishers had ridden to conservative strategies and keeping themselves out of trouble. YART emerged as the leader after the first round of pitstops, while Honda Asia-Dream Racing and BMW Motorrad World Endurance Team settled into second and third after the second round of stops.

It was certainly a great win for YART after a nerve-wrecking day, but it was also the same for all other teams and even the spectators who had to endure long periods of inactivity.

The Honda team was especially elated after Zahqwan Zaidi’s fiery crash in the morning.

The BMW Motorrad team scored their second podium of the season. It’s a great beginning considering that this is their first season and the Sepang race was only their second.

Franco Morbidelli took over from Van Der Mark after the first pitstop and fought his was up the order to finish 7th, one spot above BMW SIC team. The F.C.C. TSR outfit finished 21st.

There was plenty of drama throughout the race, especially after it got dark. The track may appear to be drying, but wet spots caught out many riders.