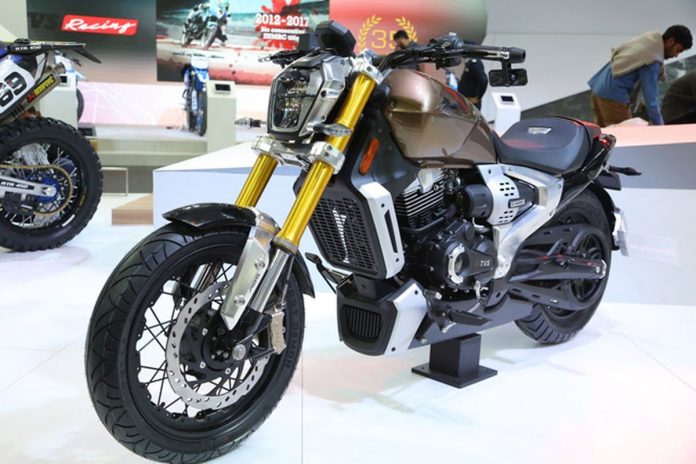 According to reports, the cruiser will be named ‘Ronin’, and it could be the production version of the Zeppelin concept shown at the 2018 Auto Expo.

Last year, TVS was caught testing a motorcycle with a retro-inspired design, but it was so well disguised no known could figure out the styling cues.

However, a recent spy shot reveals that the upcoming motorcycle will feature a round LED headlight with integrated T-shaped DRLs.

While the main headlight design is confirmed, the rest of the bike’s specifications is still just speculation at the moment.

That said, the engine of the brand-new motorcycle is yet to be confirmed, but some reports did suggest that it could get the same 312cc single-cylinder engine powering the Apache RR 310 and the upcoming BMW G 310 RR.

More details of the upcoming ‘Ronin’ is expected to surface as we get closer to the launch date.