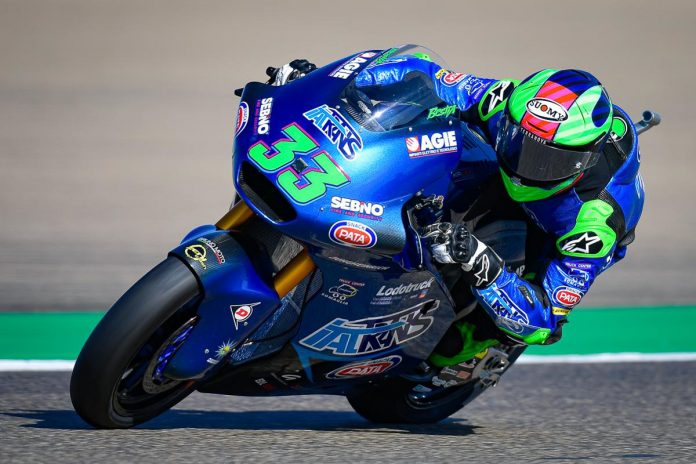 Remy Gardner (Onexox TKKR SAG Team) also celebrated today with a victory in Portimao against the charging Luca Marini but his corner speed and fast pace in Sector 4 proved to be difficult for the Italian rider to overcome. Marini conceded in P2 followed Sam Lowes in P3.

The Gardner name stands atop the podium once more! 🇦🇺

This result wasn’t enough to overthrow Enea Bastianini from the top spot and he earned his P5 finish with some amazing battles between Marco Bezzecchi (SKY Racing Team VR46) and Augusto Fernandez (EG 0,0 Marc VDS) who tried their best to help their teammates in gaining some advantage in for the 2020 Moto2 crown chase.

This could be the Championship-winning overtake! 🔑@eneabastianini moves into 5th and picks up one crucial point! 👀#Moto2 | #PortugueseGP 🇵🇹 pic.twitter.com/CkI7FPKYPP

At the end of the day, Enea Bastianini proved that he was the top dog in the 2020 intermediate class and he will be moving up to MotoGP together with Luca Marini as his teammate. All riders gave their best and it just goes to show that anything can happen in the MotoGP races, no matter the class. Congratulations to Enea Bastianini!