There are many dos in motorcycling, and just as many do nots. This case, however, went beyond the do nots and straight into the OMG zone. It happened when a man in Kuala Terengganu used brake fluid to cure his toothache.

Before continuing further, we would like to state that the patient approved the original post by a healthcare worker.

It was learned that the patient suffered toothaches for a number of years before it worsened a year ago. He then applied brake fluid to the tooth in hopes of alleviating the pain. It actually subsided during that point in time.

A few weeks later, a molar (large tooth at the back of the mouth) on the upper jaw started hurt. Again, he applied brake fluid to it. Alas it didn’t work this time and his gums started to swell, instead.

However, he visited a physician instead of a dentist. The doctor prescribed painkillers and antibiotics. The antibiotics didn’t work, and he suffered more pain for another four days before visiting a dentist. 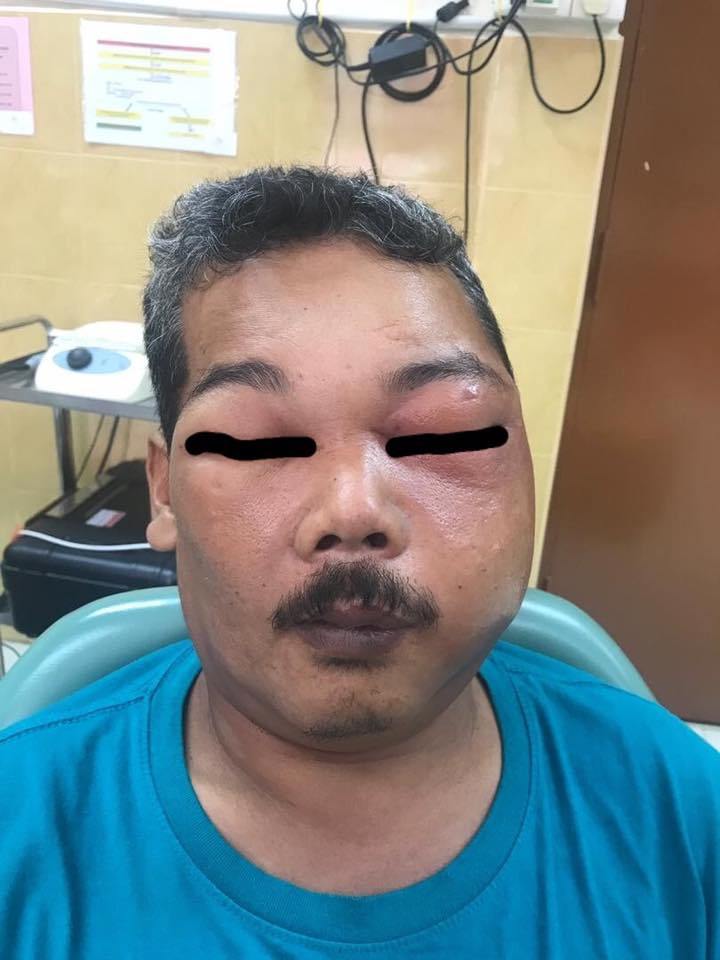 According to the post, his head had swollen to the size of two heads by that point. It’s called facial cellulitis. The dentist referred the case to the emergency department at the Hospital Raja Perempuan Zainab II in Kelantan where he was warded immediately.

The swell grew even bigger by the second day of his stay due to the build-up of pus. The medical decided to extract the tooth and carry out an incision to remove the pus inside his face (thus the large hole). It was described as “too much pus” in the post.

One the next day, they found that the pus had spread to the patient’s nervous system and brain. The case was then referred to the ICU and diagnosed as septic encephalopathy (functions of the brain is affected by toxins in the blood).

They sent him to the operation theatre in another attempt to drain the pus.

Thankfully, his condition improved after a week in ICU and was sent back to the normal ward.

It’s a good lesson that everyone should remember. Brake fluid is caustic enough to remove paint, so one could imagine how it affects living tissue!