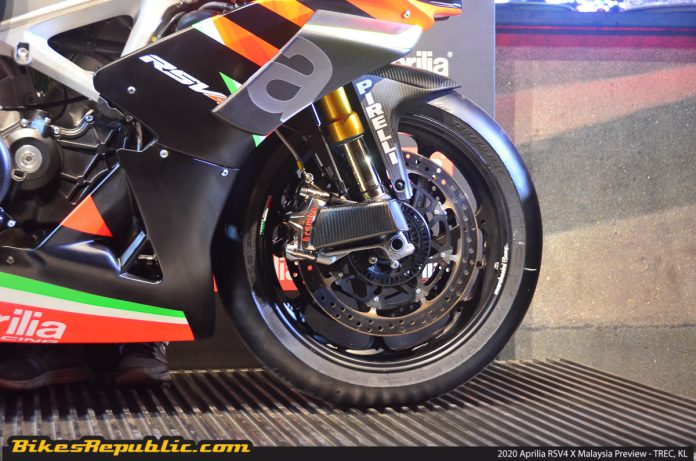 A motorcycle spec sheet actually contains plenty of information regarding a bike – if you don’t only look at the horsepower figure. Other important aspects include the bike’s steering dimensions, namely rake (also called castor angle) and trail.

Rake and trail figures provide a general insight into a bike’s handling characteristics. We say “general” here because how a bike steers is a combination of rake, trail, chassis balance, centre of gravity, mass centralization, wheelbase and weight. However, the rake and trail figures play the biggest role in terms of steering, handling and stability as that’s where the rider inputs his steering forces.

Let’s leave the line through the fork’s centerline in place. Now let’s draw a line from the steering head’s axis to intersect the horizontal ground. You will find a “gap” between these two lines – this is the trail, measured in milimetres or inches.

How do rake and trail influence handling?

A “steep” steering angle between 22 to 25 degrees gives the bike a quick-steering characteristic. A slight push on the handlebar will have the bike leaning over. A “relaxed” steering angle from 26 degrees and up will result in slower turning, on the other hand.

But this is where it gets interesting.

So, manufacturers sometimes combine a steep rake angle with a slightly larger trail. It takes away some quick steering but provides more stability under hard acceleration and braking. This is especially true for sportbikes.

Can I change these characteristics?

Yes, you can by replacing the fork triple clamps.

Triple clamps with bigger offsets between the forks’ centerline and steering head result in bigger trail.

With this in mind, you can use a bottom triple clamp with more offset to enlarge the rake angle. Custom builders usually do this to choppers to “rake out” the forks (if they retain the bike’s stock frame).

As we mentioned earlier, a bike’s handling characteristics is also dependent on a number of other aspects. One quick way to quicken your bike’s steering is by adding more preload to the rear shock to lift the rear. But please do so only within the suspension’s sag range. Do not add so much preload that it overwhelms the shock’s damping.

Another way is to bring the forks up through the triple clamps, effectively lowering the front.

We’ll look at the other aspects in detail next time. 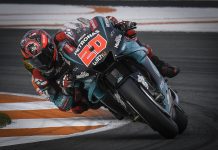