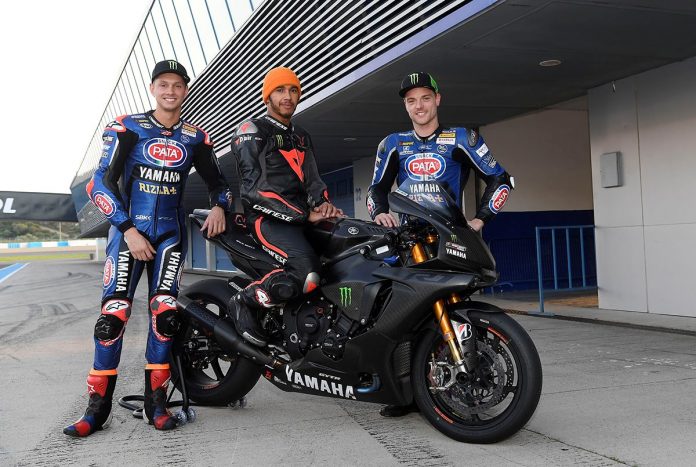 Lewis Hamilton crashed during his track outing. He later posted his about love for two wheels and a request to visit Valentino Rossi’s ranch.

However, Hamilton had a small crash at Turn 5 but was lucky to walk away from it.

He posted a few messages on his Instagram account the next day, admitting his love for motorcycle racing. But he stressed that he had no plans to switch over to two wheels.

“Miss riding the superbike already. FYI I’ve always loved two wheels more than four. Always wanted a motorbike since I was a kid however I am super grateful my dad got me a kart. But current new love is out on track on my bike.”

“I have the highest regard and respect for these motorbike riders. It’s a much different discipline however [it] require[s] some of the same basics such as time, patience, fearlessness, focus, agility and risk taking – all of which make a sport exciting.”

“And yes, I’d love to race bikes. But these guys are on another level so I think I’ll just enjoy riding and testing the limits on track.”

Hamilton concluded his post with this message: “Valentino Rossi I need to come to the ranch asap,” he said.

The Briton is no stranger to the world of motorcycles. He is the ambassador for MV Agusta who created the F4 LH44 and Brutale 800RR LH44 special models in tribute to him. He spent two days lapping around a racetrack in California with Cal Crutchlow. He even said he will join MotoGP in 2018 but later admitting that it was an April Fool’s Day prank.