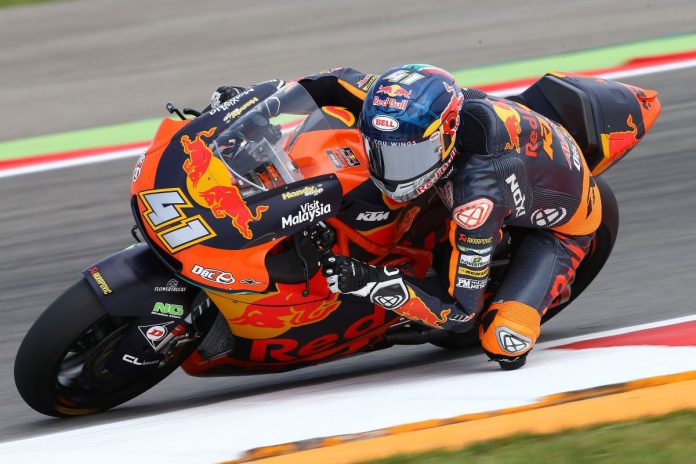 KTM had made the announcement after the Austrian Grand Prix over the weekend. The decision was made to focus on MotoGP, while bringing the Husqvarna brand back to roadracing.

As such, Tech 3 will team up with KTM and Red Bull to form a new team in Moto3.

Tech 3 team principal Herve Poncharal says that he understands KTM position to strengthen their involvement in MotoGP and Moto3. To him, the Moto3 class is where new talents are generated for the MotoGP class.

This will the first time for Tech 3 to compete in the Moto3 class. Tech 3 was first involved with KTM in Moto2 in 2010, using the Mistral 610 engine. Their MotoGP effort switched to KTM this year after partnering with Yamaha for more than 20 years.

He also added that they have to spend the next few months to search for suitable riders.

The decision is somewhat ominous for Hafizh Syahrin, who was offered a spot in Tech 3’s Moto2 effort. His options are limited now, but there are rumours that he will take over from Khairul Idham Pawi in the PETRONAS Sprinta Racing Team. Following this, Khairul Idham will be moved back to Moto3 and takes the place of Ayumu Sasaki who is leaving the team at the end of the year.