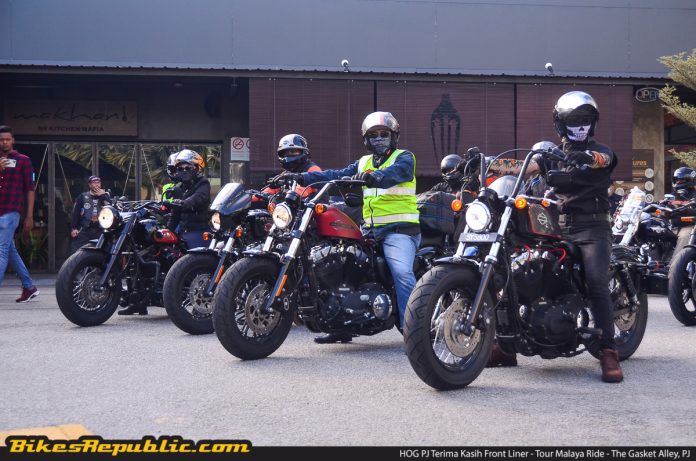 As we head into the final stages of Recovery Movement Control Order (RMCO), the folks from Harley Owners Group Petaling Jaya or HOG PJ wanted to do something to show their support to all the hardworking frontliners who have been keeping us safe all this while. This morning, the Terima Kasih Front Liner – Tour Malaya Ride was flagged off at The Gasket Alley PJ, home of Harley-Davidson Petaling Jaya. 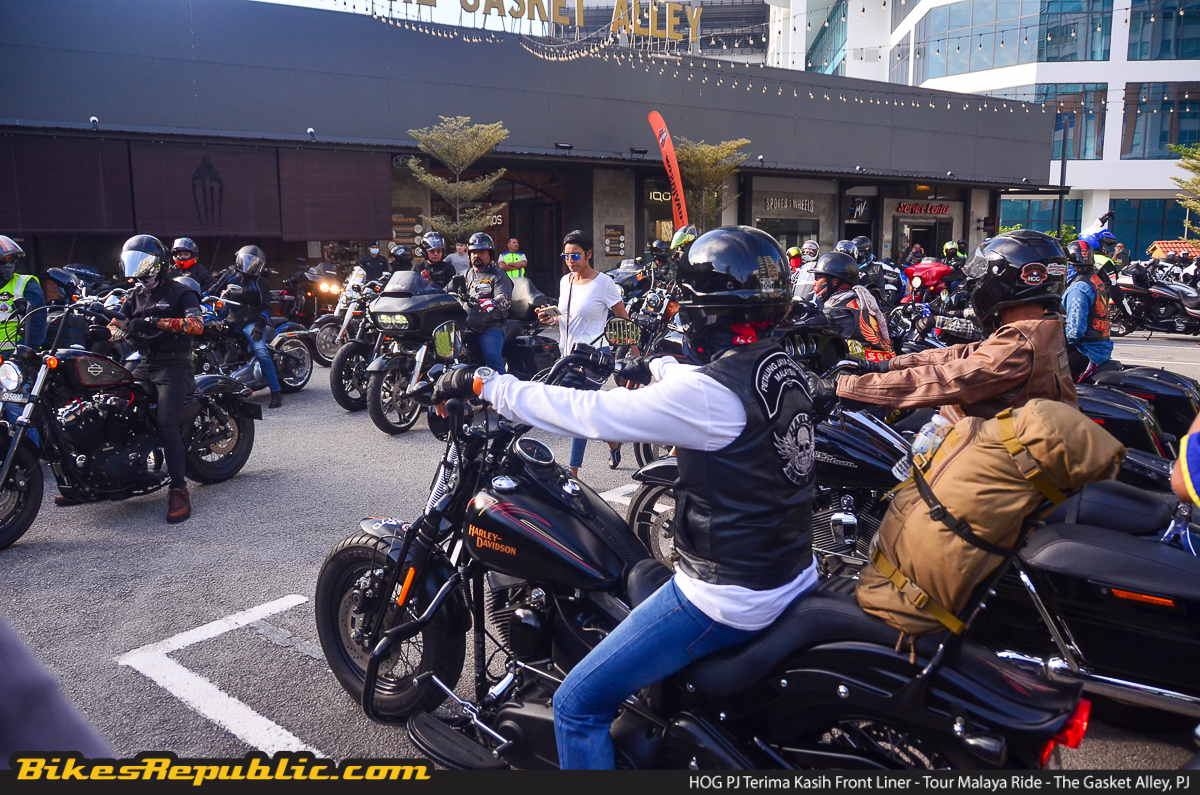 A total of 43 Harley-Davidson motorcycles and 55 participants (including pillion) will be taking part in the ride across the country which will take place in the next five days. The HOG PJ Tour Malaya Ride will make its way to Pahang, Terengganu, Kelantan, Kedah and Penang before heading back to Kuala Lumpur. 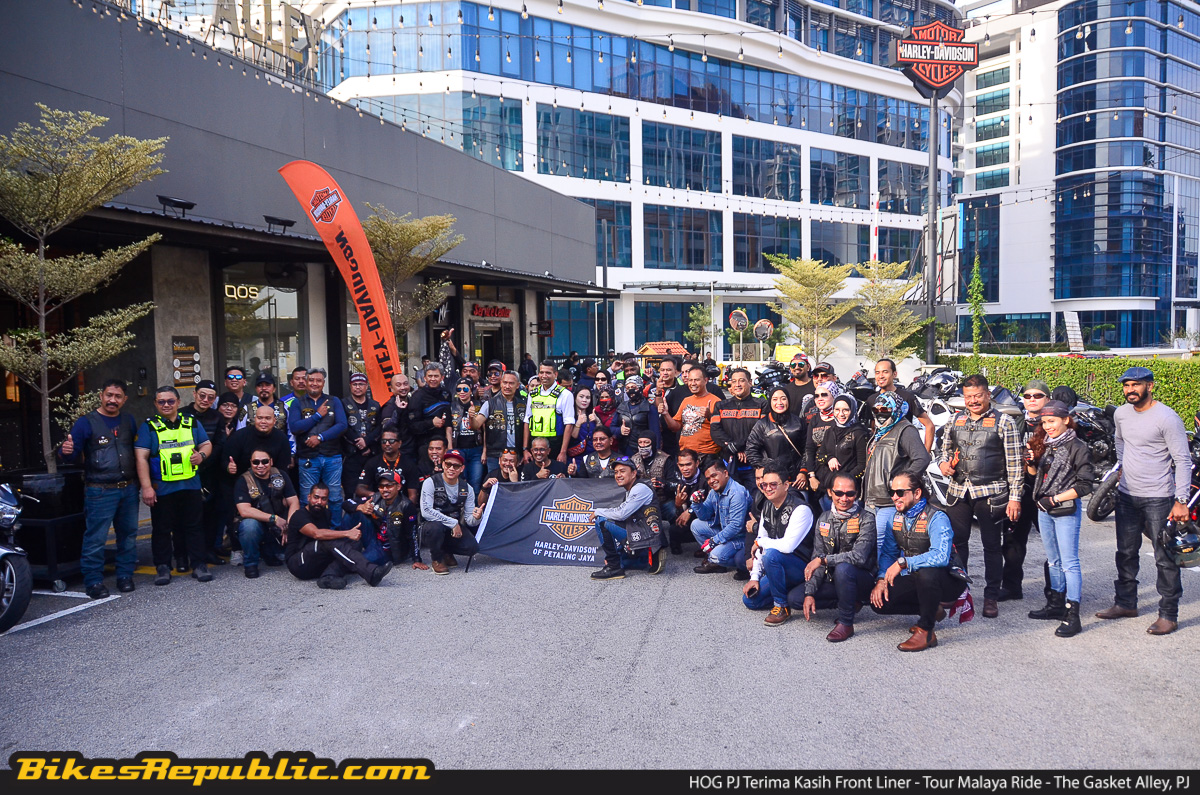 The tour was kicked off and officiated by Petaling Jaya OCPD Nik Ezanee Mohd Faisal. HOG PJ also had another thing to celebrate with a newly appointed committee plus an official flag handover to its new chapter director, Mr. Aznul Shah. 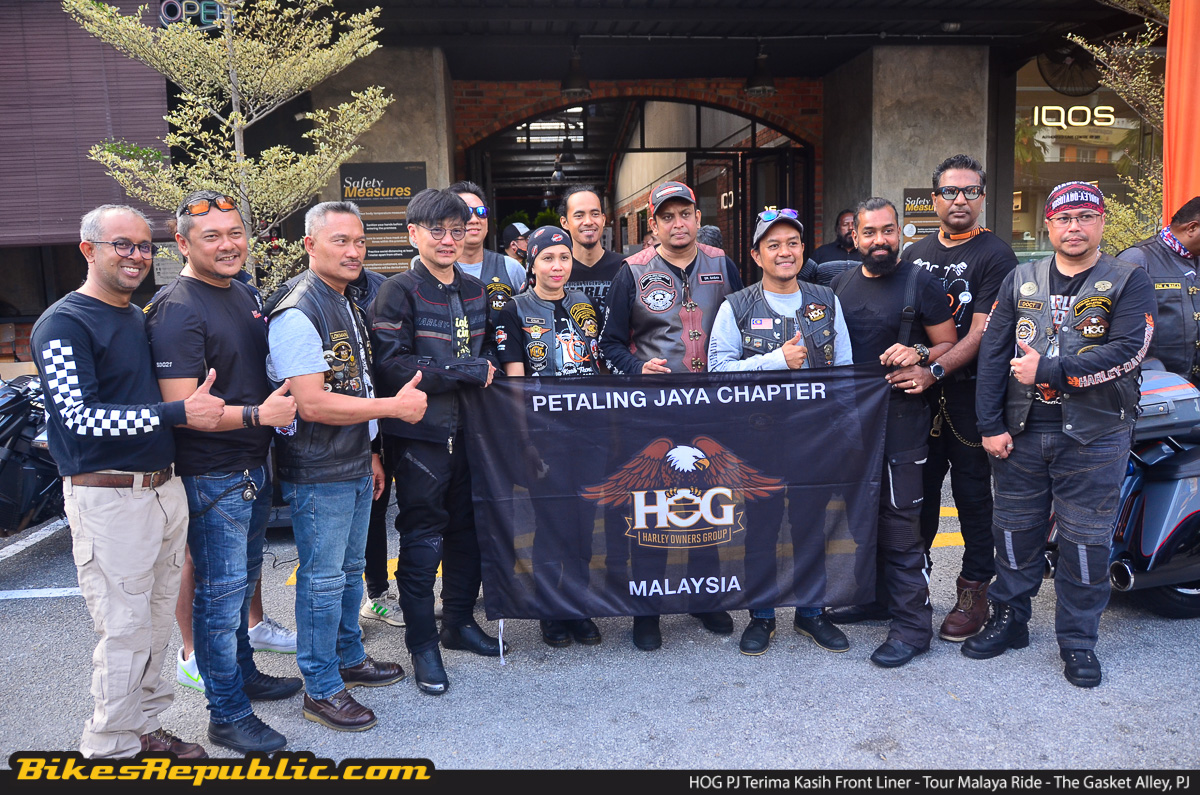 Throughout the ride, members of HOG PJ will be taking all precautionary measures as stated by the SOP referred to them by the Royal Malaysian Police (PDRM) and other authorities to ensure that the ride is safe for everyone involved. This includes social distancing, temperature checks, and other habits picked up in the ‘new norm’.