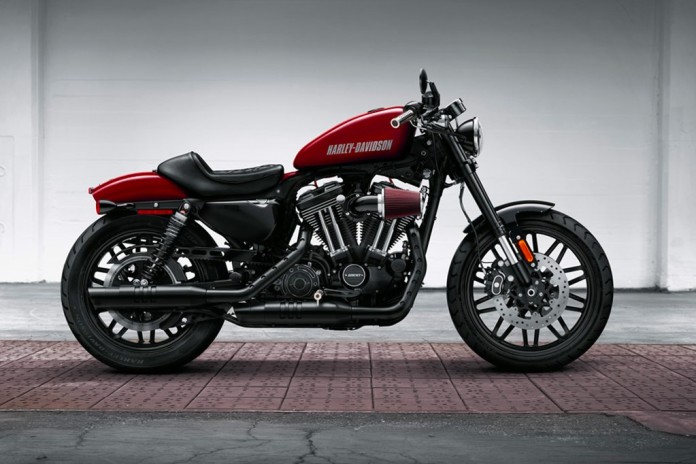 Harley-Davidson has just introduced it’s latest addition to the Sportster family, and calls it the Roadster. 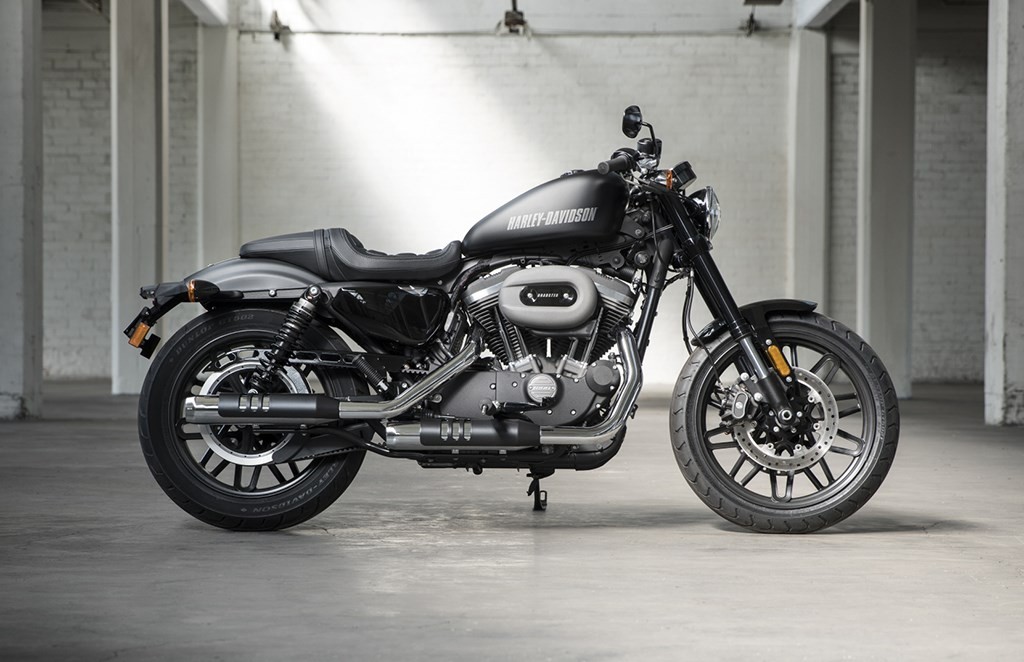 The new Roadster has been stripped down with a minimalist design with only the “essential elements of a pure riding machine,” as Harley so eloquently put it. 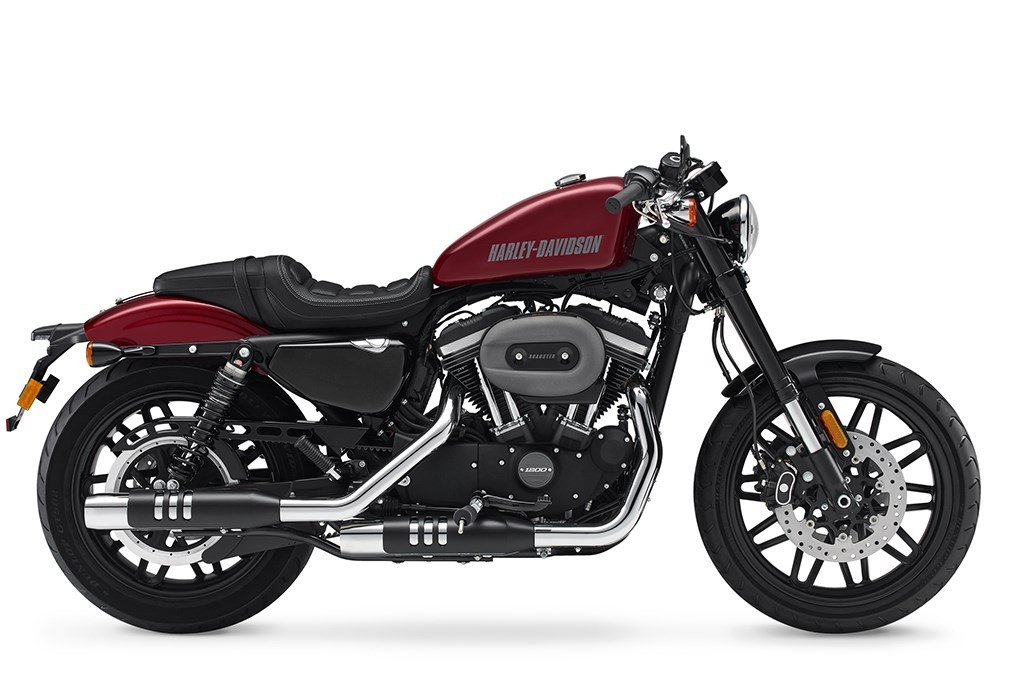 The new Roadster also marks the continuation of a legend that began when the Sportster was first introduced back in 1957. The Sportster is also the longest continuously produced motorcycle in the world, and it is not about to lose steam. 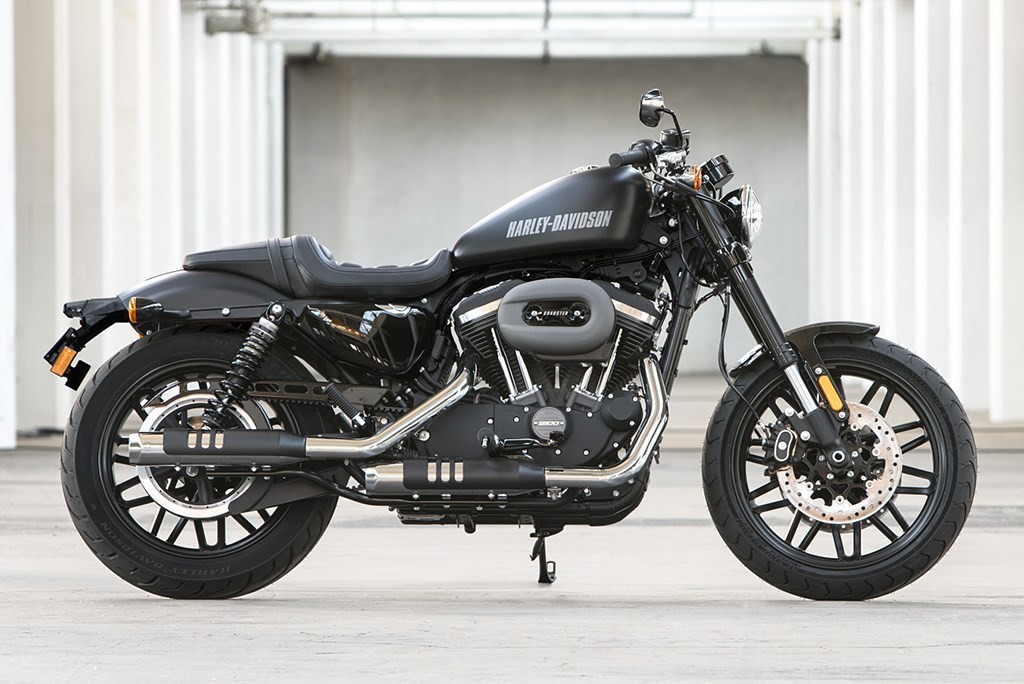 The new Roadster will join Harley’s Dark Custom line-up with a design inspired by the barebones classic racing motorcycles and the latest trend in simple, basic, ‘naked’ builds. 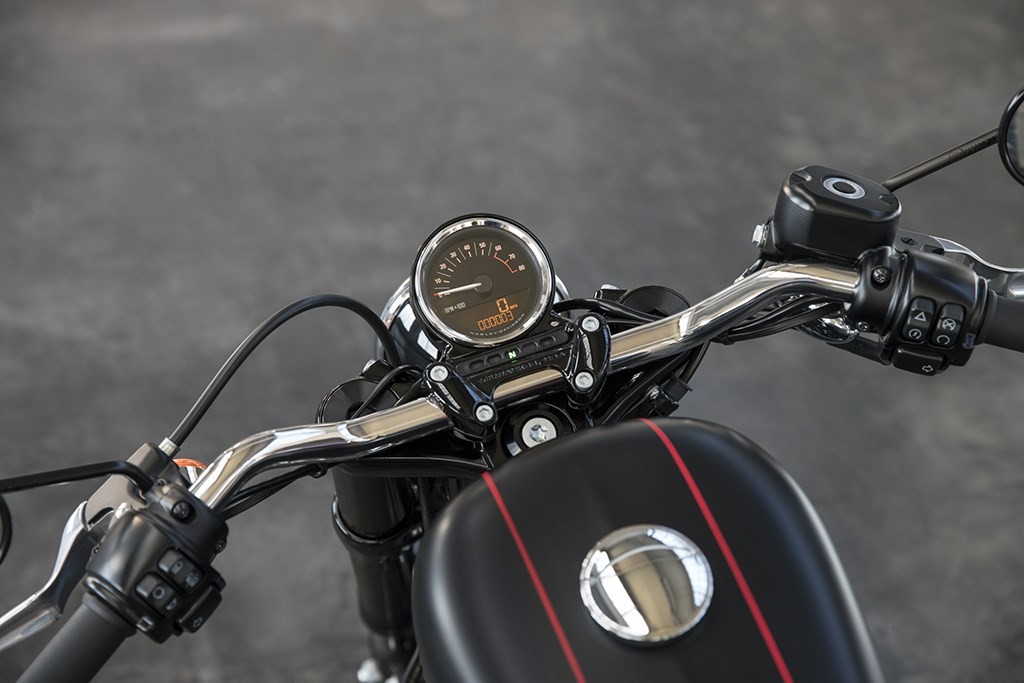 The new Roadster may not look very different than older Sportsters, especially the Iron range, but there is a lot that is new; the Roadster gets new exclusive 5-spoke cast aluminium wheels and tyres (the front are 120/70 R19, the rear is 150/70 R18) and are mated to a new rear suspension and a front fork which is now set at a steeper angle. Harley says the 19-inch front and 18-inch rear wheels together with the revised suspension will deliver better ground clearance. The seat however is still set low at just 785mm. 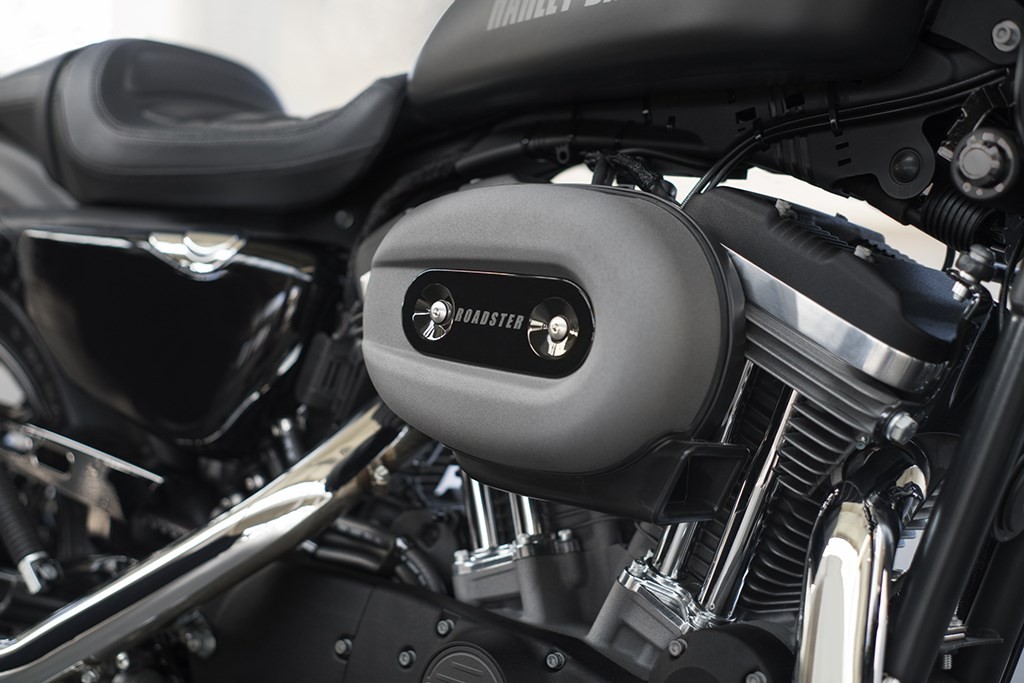 The brakes are also new with dual 300mm floating discs up front with ABS-enabled twin-piston callipers, and a 260mm rear disc with a twin-piston caliper. The low-rise handlebar is also new while the mid-mount foot controls are supposed to centre the rider’s weight, while the fuel tank is the same 12.5-litre Sportster fuel tank. 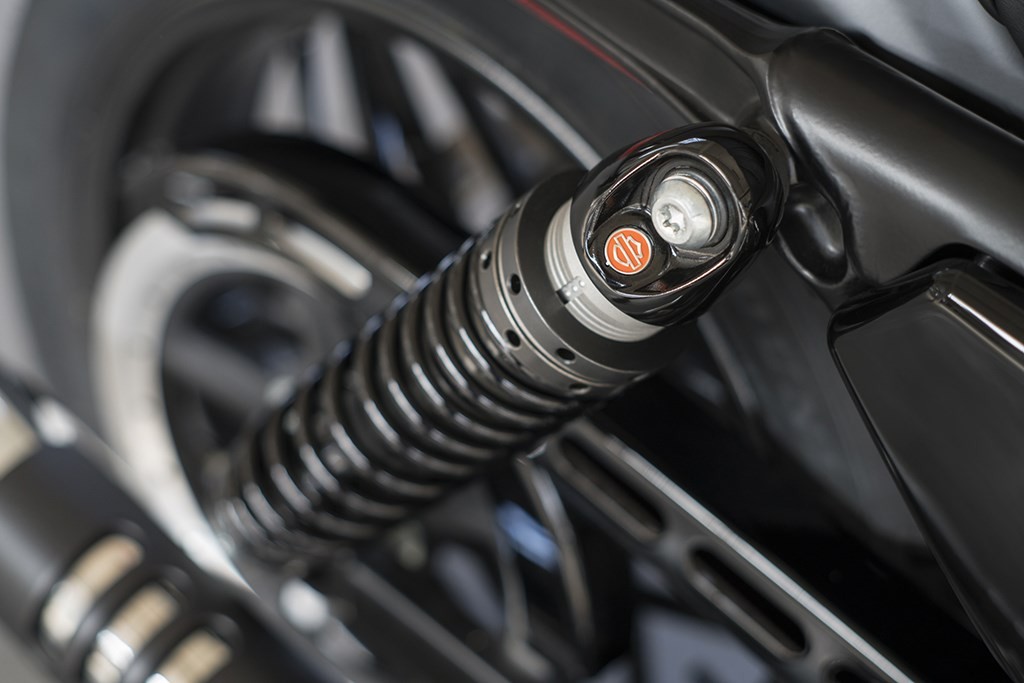 Visually, keen Harley fans will notice that the rear fender is shorter than before while a drilled and slotted belt guard and exhaust shields seem to mimic the lightening holes in a race bike. Also new is a single four-inch clock up front tucked low in front of the triple clamp. The meter has also been changed from the usual analogue speedo, to a large analogue tacho, and a digital panel for the speedometer and other information. 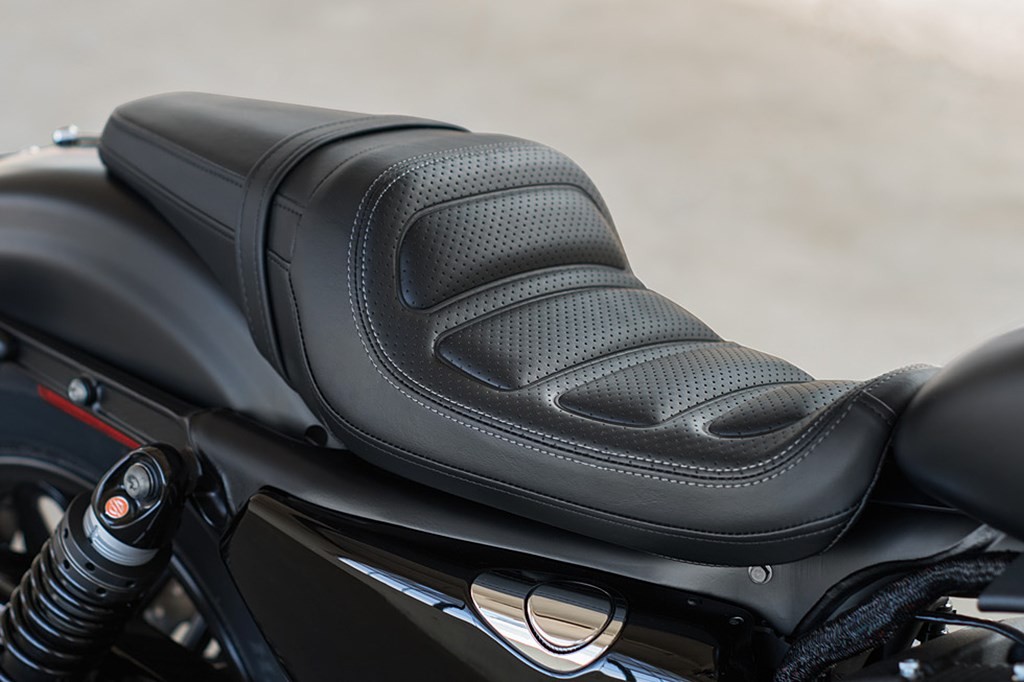 The new Harley-Davidson Roadster will be available in the US in June in four colours together with a wide range of custom parts in the official Harley-Davidson catalogue. The bike shown here features a modified bike with blacked-out exhausts, a new seat, rider footrests, transmission and engine cases, blacked-out heads, removable numberplate hanger, new bar grips, mirrors, darkened indicators, a new fuel cap and a performance air filter. 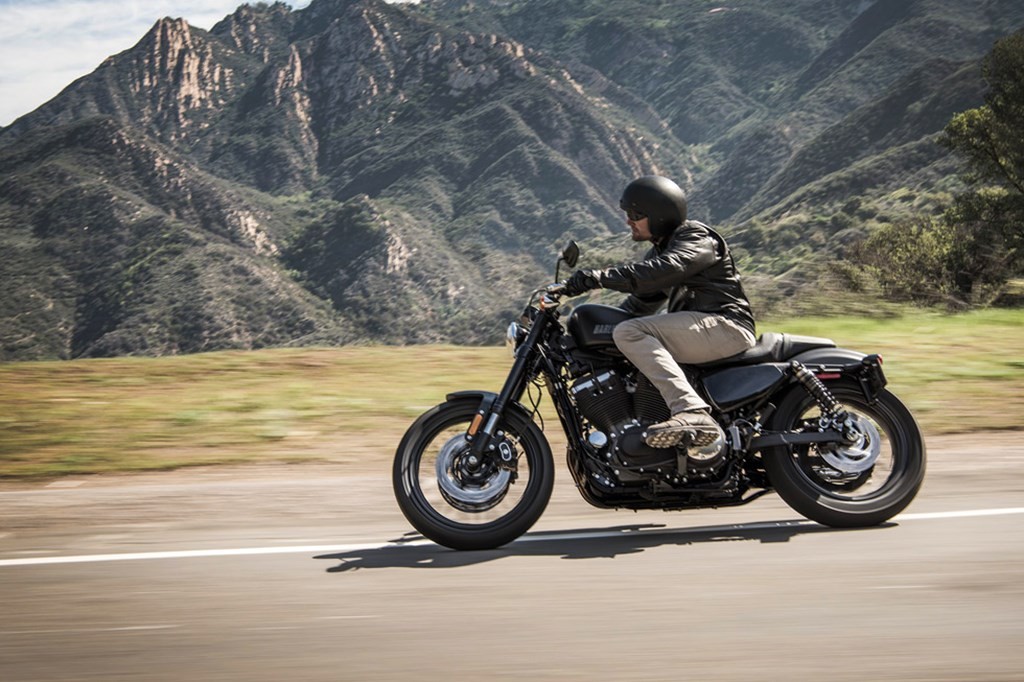