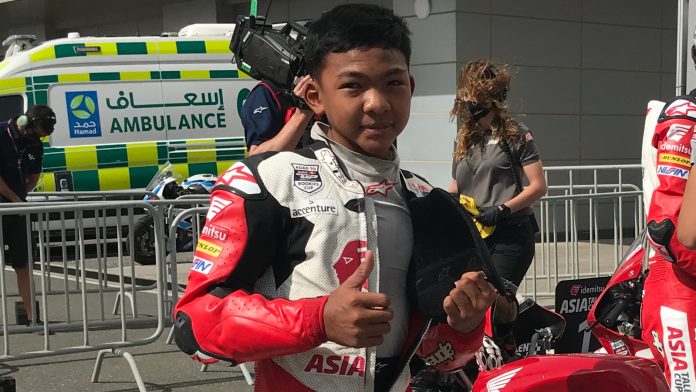 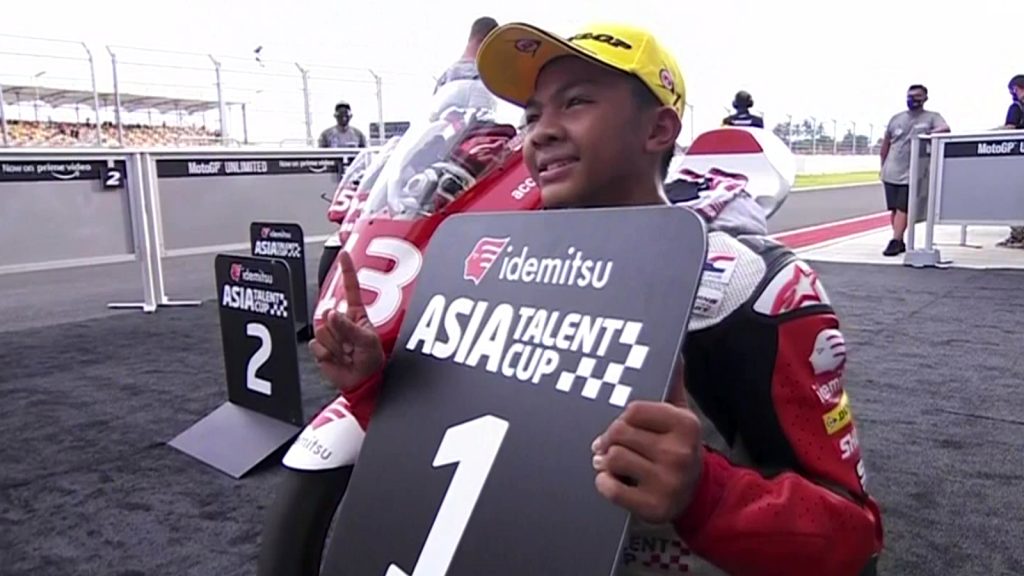 The Asia Talent Cup 2022 championship sees its second round of its current season being contested this weekend where it runs as a supporting event for the inaugural Indonesian MotoGP event held at the Mandalika International Street Circuit.

After qualifying strongly in Second position earlier in the day, Hakim capitalised on his front row start with a near-perfect launch and seized the holeshot into the first corner. As rivals battled each other behind, Hakim Danish wasted no time to create a sizeable gap with each passing lap.

As the checkered flag waved at the end of the 16-lap race, the gap Hakim Danish built ahead of second place finisher stood at a whopping 15 seconds. Furthermore, the points earned from today’s win allowed Hakim to catapult his way up the championship order where he now ranks second overall.

Having scored a few podium finishes in the series prior during his rookie season last year, today’s win marks Hakim’s first in the series. The youngster is poised to continue his top form in Race 2 of the Asia Talent Cup 2022 Round 2 scheduled for tomorrow.