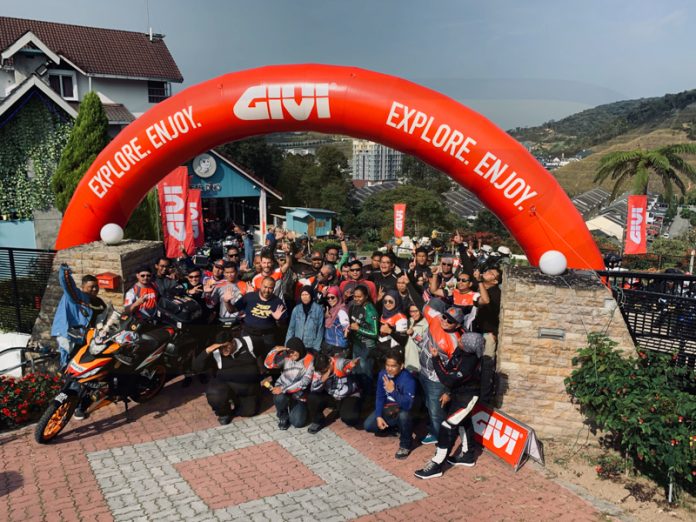 GIVI Asia organized the GIVISTA Ride to Cameron Highlands over the weekend.

The ride was the first of such activity for the GIVISTA Community for 2020. It had been planned for an earlier date but was put off due to the Chinese New Year and subsequent Covid-19 scare. 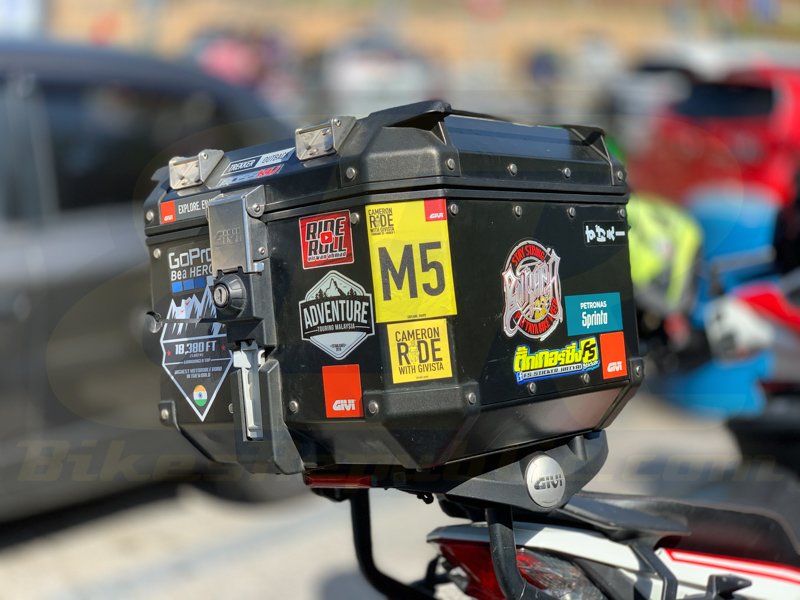 The GIVISTA Community accepted the invitation with glee, filling up the 35 spots in less than three days. Perhaps it was a great opportunity to get away from everyone’s self-imposed isolation from the Covid-19 epidemic, besides the spell of hot weather. 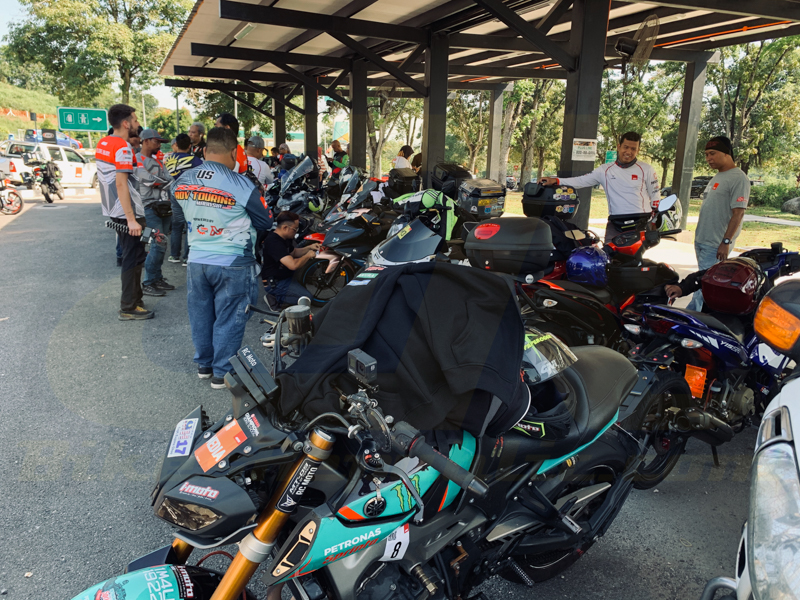 This time, the convoy gathered at the Rawang R & R Northbound area, instead of GIVI Asia’s headquarters in Bukit Beruntung, Selangor. Participants from the south and Klang Valley headed there, while those from the north waited at certain points along the way. 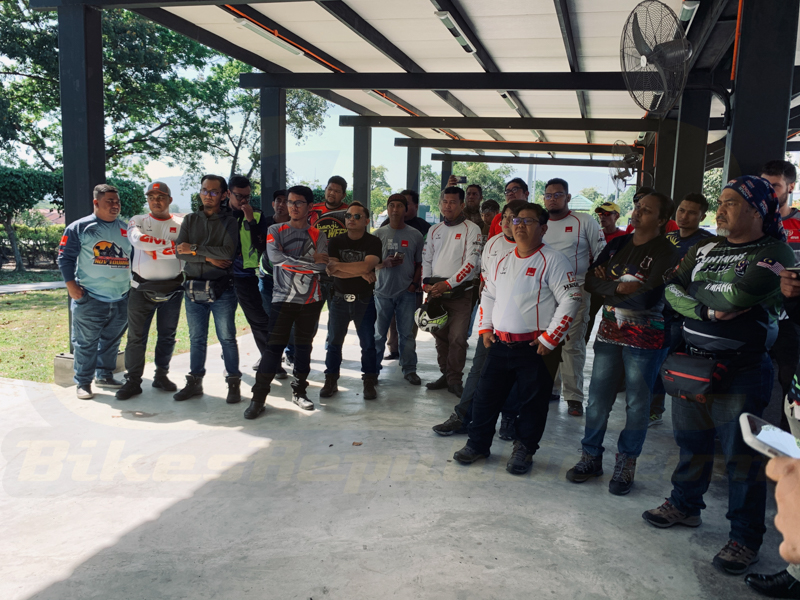 Joining us as marshals were Tun Shahir with his Honda Gold Wing and Boy from Desmo Owners Club on his Ducati Multistrada 1200 Enduro. The special guest this time was Bert Boute, the world traveler from Belgium. 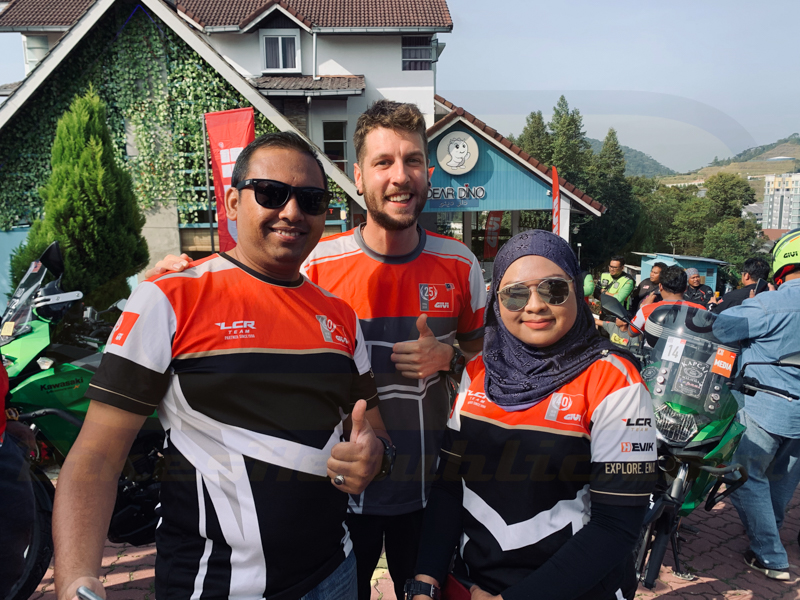 The convoy was split into two groups – one for bikes 200cc and above, while the other was for bikes below 200cc. It wasn’t discrimination, we would like add, but for safety due to the speed difference. Doing so also divided the convoy into smaller groups of bikes, rather than having one large gaggle which could well disrupt traffic. The first group departed 10 minutes ahead. 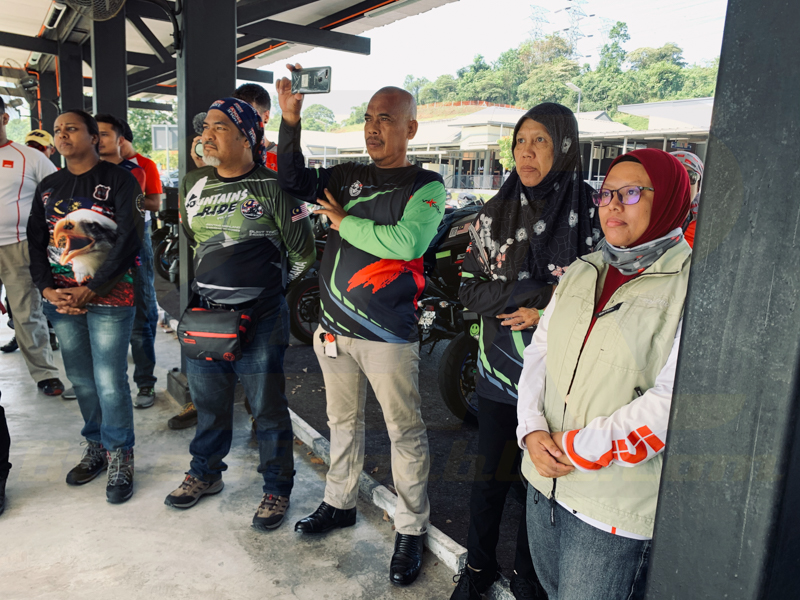 We rode towards Simpang Pulai, while stopping for lunch at Restoran Tasik Raban in Canning Garden, Ipoh. 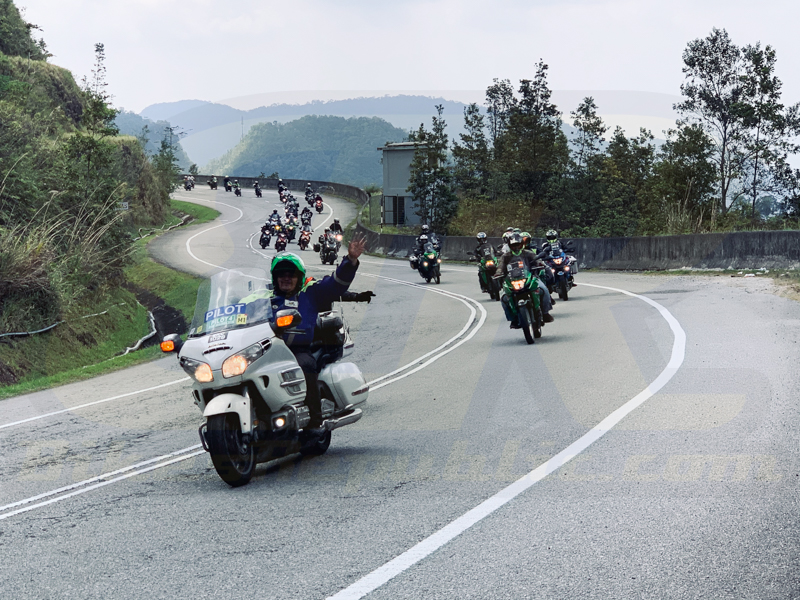 From there it was up the mountain on some of the best sets of twisties. The weather started as hot and humid but became cooler and cooler the more corners we negotiated. 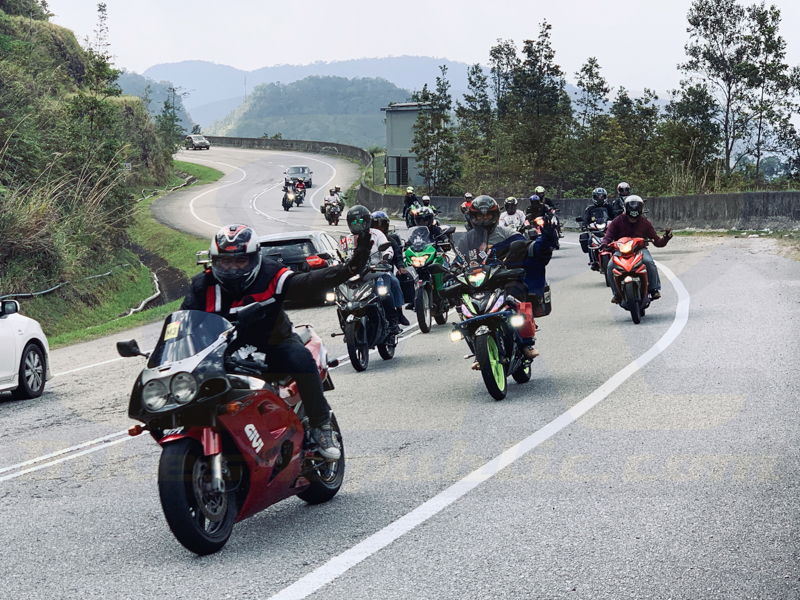 The convoy made a number of stops along the way, including at the famous vantage point on the bridge overlooking a range of hills and the asphalt ribbon which winds its way around them. 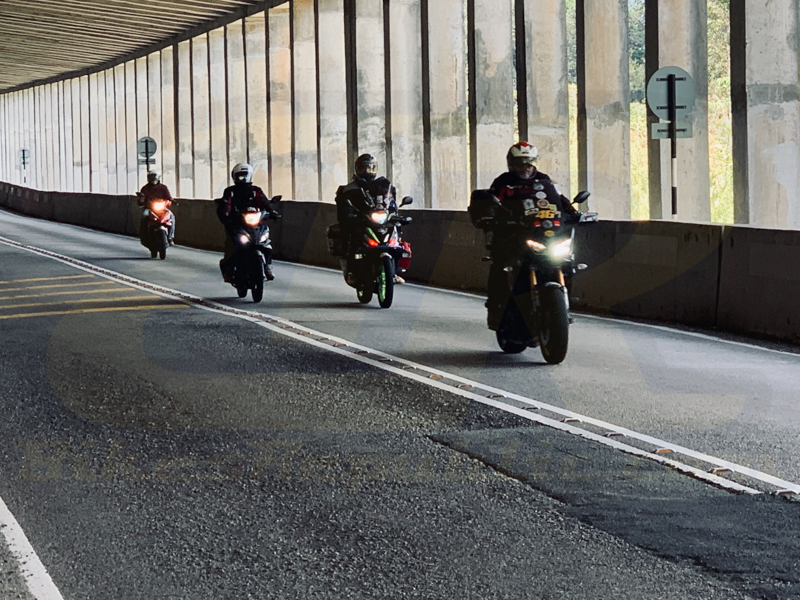 We arrived at the Dear Dino Villa soon after. Everyone was elated to arrive safely, while the villa welcomed us with plump fresh strawberries and chocolate dip. 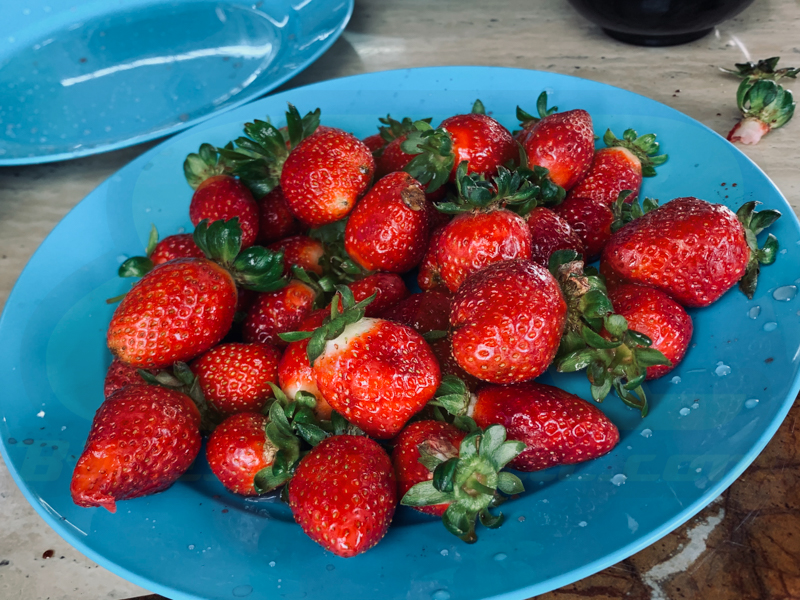 Being situated on top of a hill, the villa let in a cool breeze. Every participant ran around taking pictures, a few took lungful of deep breaths of the crispy air. They were also given free time to roam around Cameron Highlands, but few took up the offer as the roads outside were already choked with weekend traffic. 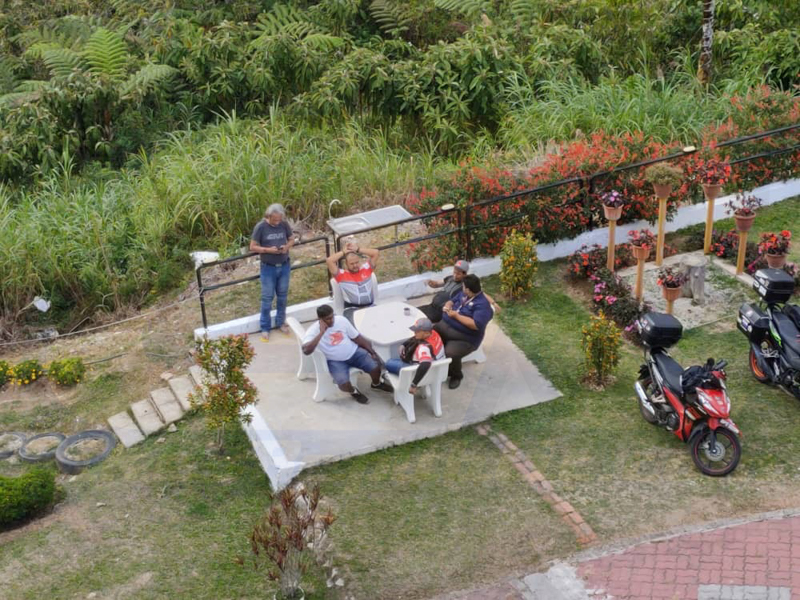 A BBQ dinner was prepared by GIVI. The honey marinated chicken had the group descending on it like a hungry horde. 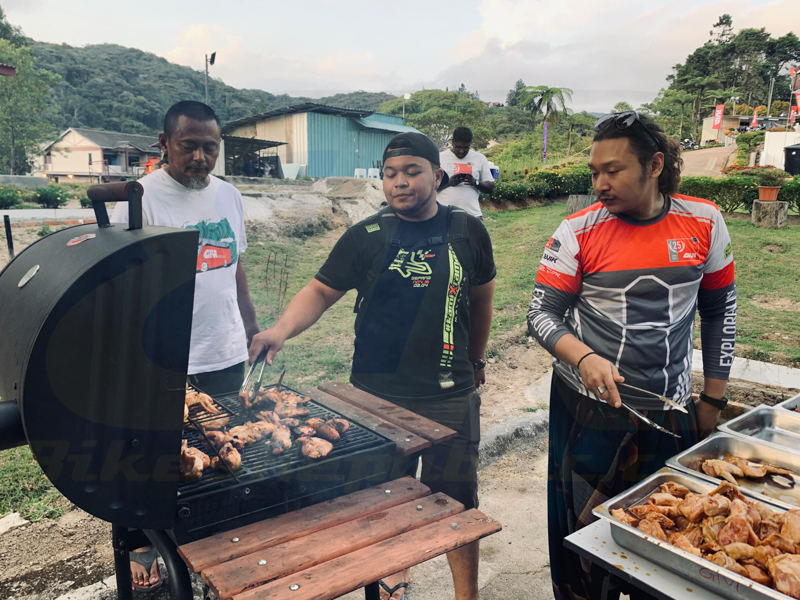 Bert Boute presented a summary of his travels so far. He had ridden through Europe, Central Asia, parts of Southeat Asia and had stopped in Malaysia before continuing onwards to Australia and New Zealand. His photographs and stories had everyone glued to their seats. 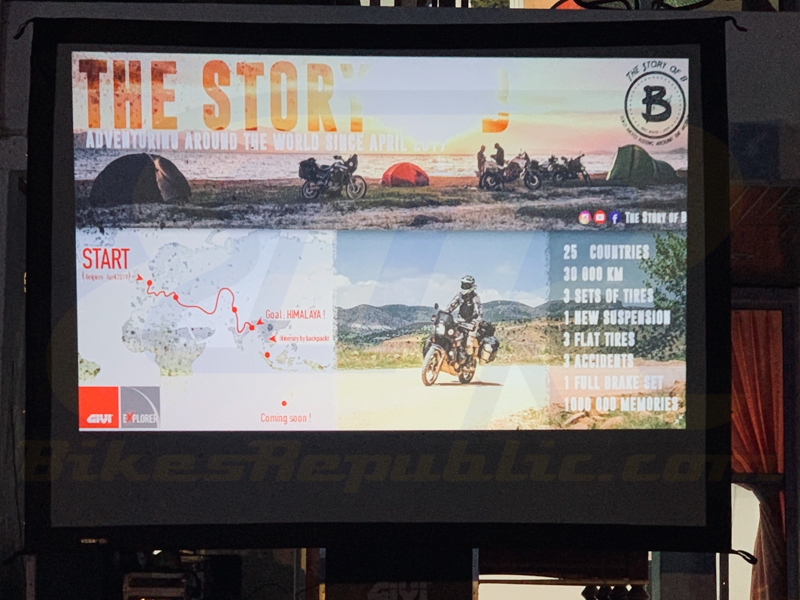 After the presentation, we were allowed to carry on with our own activities. Some participants rode to the night market, others watched a movie set up by GIVI, or just got together to catch up. 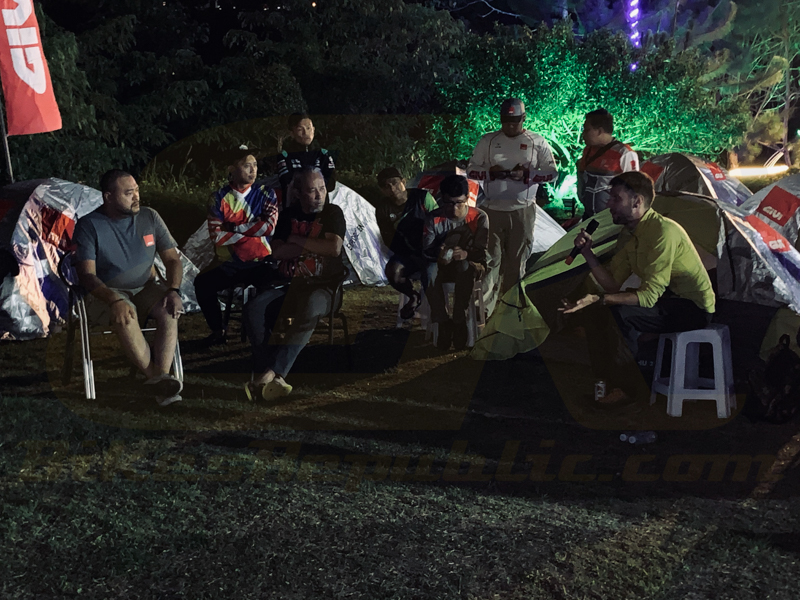 We checked out the next day, but the community members decided to cancel the planned trip to the Boh Tea Plantation and factory. The traffic was picking up and it’s decided to best avoid that destination. 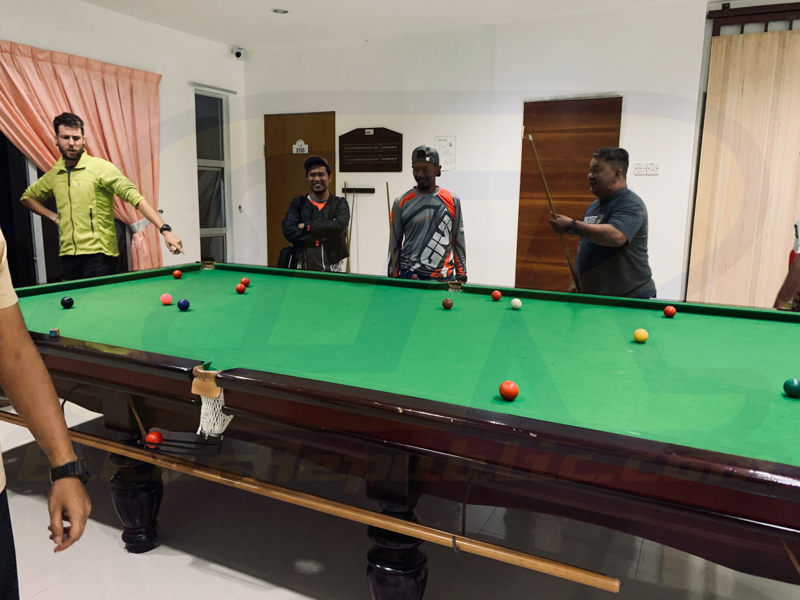 Every participant arrived home safe and sound to cap off another successful GIVISTA event.