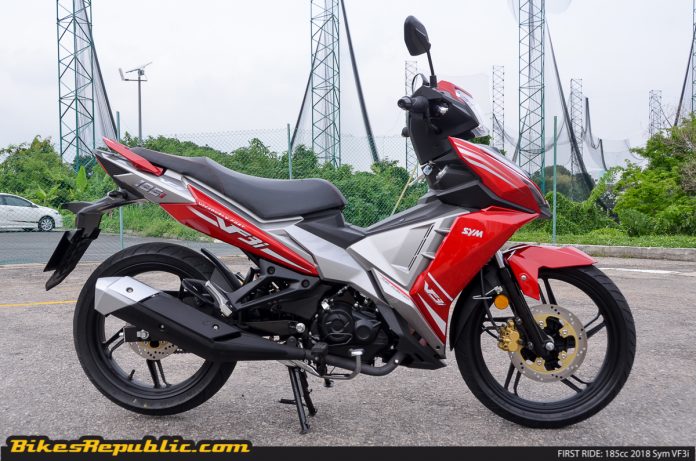 The 185cc 2018 Sym VF3i was recently launched by Sym Malaysia as the world’s biggest capacity moped/kapcai.

Its single-cylinder, liquid-cooled, SOHC, four-valve engine is said to produce 17.7hp and 15.3Nm of torque.

Those who are interested in getting know can get one at a low introductory price of RM7,988 (basic price without GST). 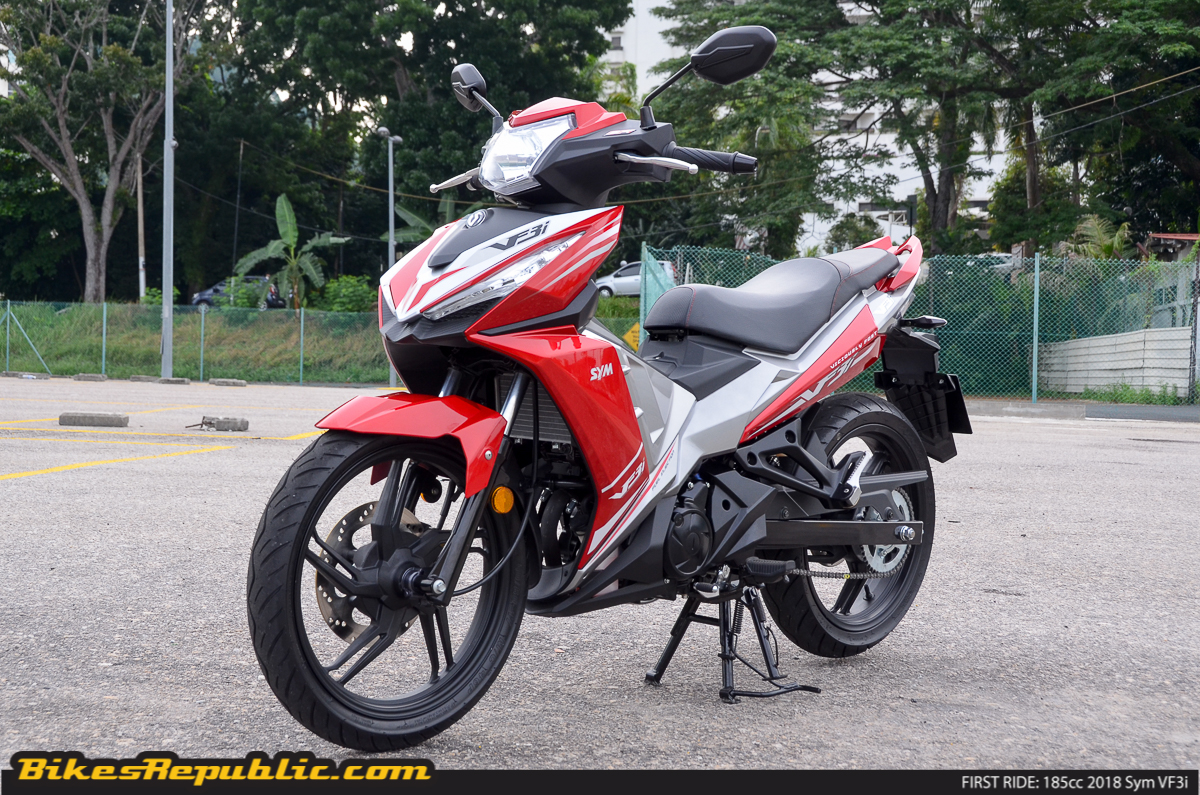 It is safe to say that one particular bike launched by Sym Malaysia last night caught a lot of attention among Malaysians. We are of course referring to the world’s first 185cc moped, the 2018 Sym VF3i. This bike also happens to be the world’s biggest capacity production ‘kapcai’ in the entire planet, ladies and gentlemen. 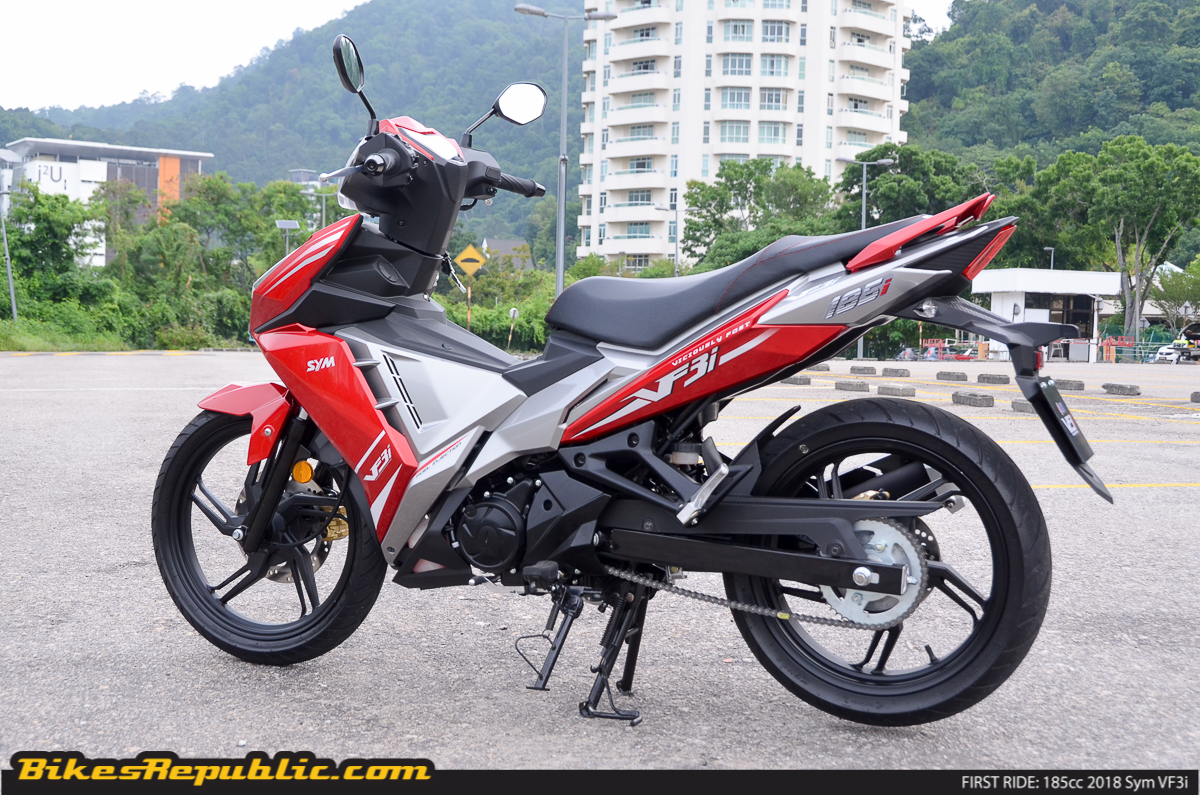 The name itself refers to the code of the model but Sym Malaysia put it some wordplay and marketed the VF lettering as “Viciously Fast”. With a 185cc, single-cylinder, liquid-cooled, SOHC, four-valve engine, there are some high expectations for this baby. 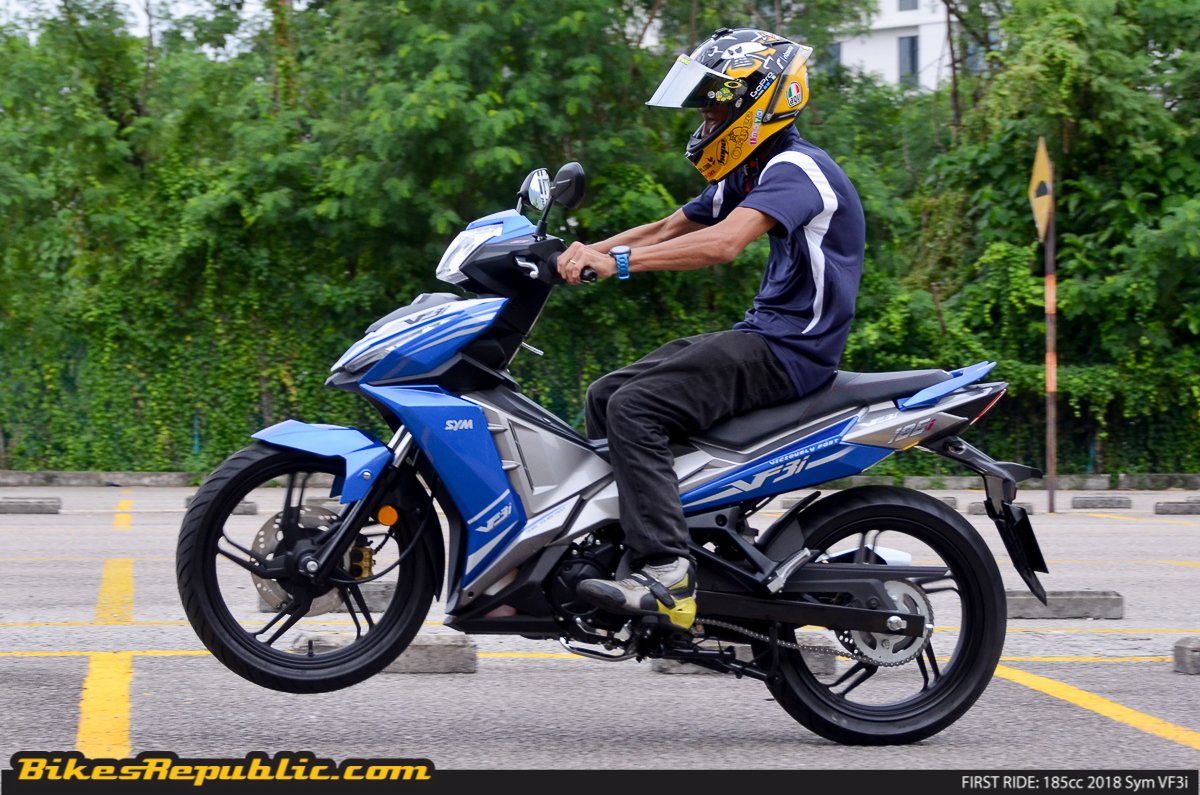 Sym Malaysia organised a simple test ride sessions for media members as well as dealers to get a feel on how the bike feels together with their two newly-launched scooters, the 2018 Sym Cruisym 250i and the 125cc Sym Jet 14. We were a bit sceptical at first but our first impressions were surprisingly positive. 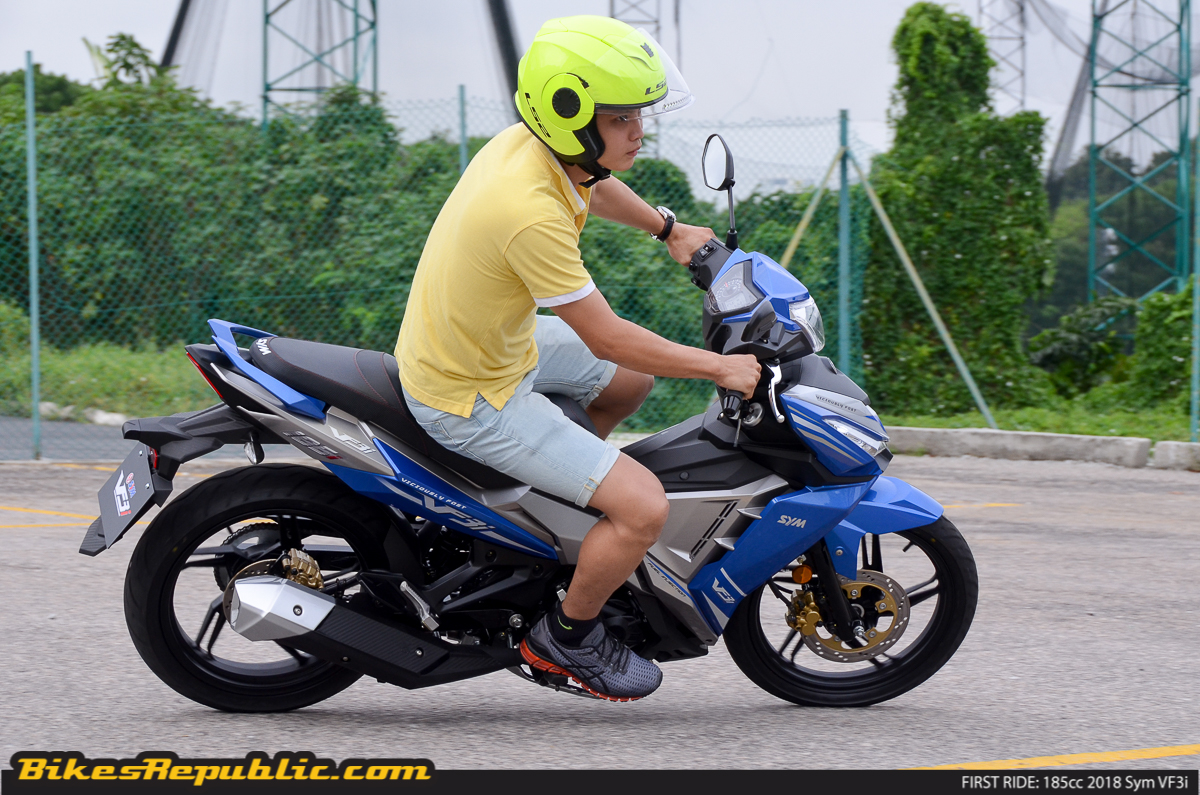 First and foremost, the design of the bike is spot on. A well-balanced facade of modern-day aggressiveness with smooth flowing lines makes the VF3i a potential hot-seller especially amongst younger Malaysians who are looking for something different than the usual 150cc models from giant Japanese manufacturers. 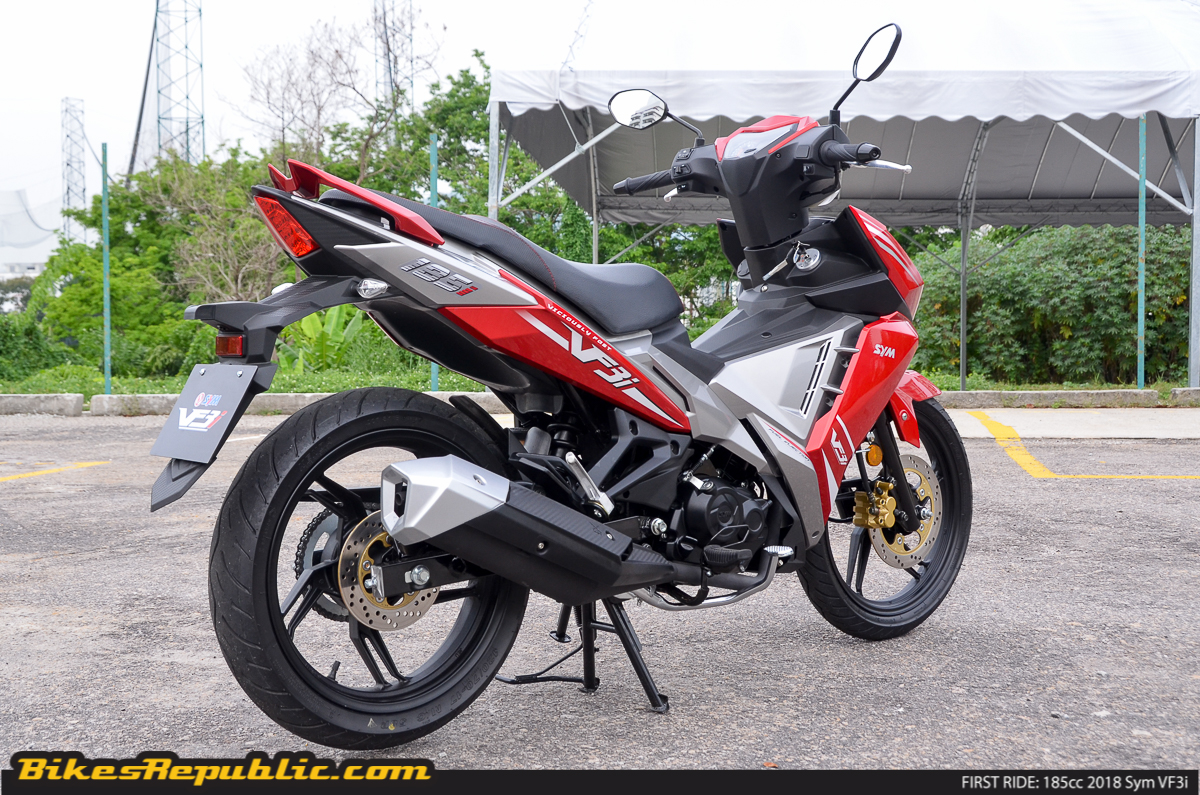 As for the riding experience, the bike felt solid within the compounds of the Equatorial Hotel parking lot. This means that the VF3i is quite comfortable riding in small quarters due to its agile handling. The power delivery through its 185cc engine producing 17.7hp and 15.3Nm of torque felt reasonable and going through the first three gears from its six-speed manual gearbox was quite pleasant. 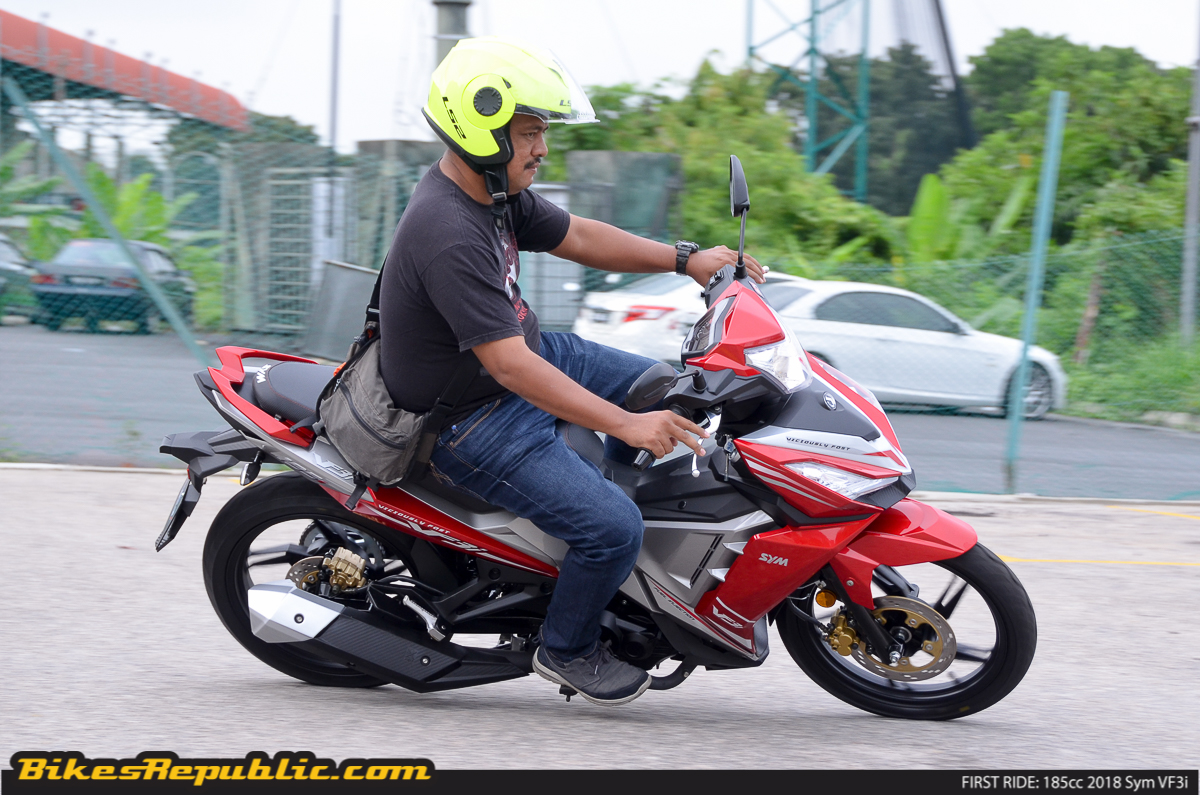 There was not enough space to test out the top speed as well as the bike’s rigidity and balancing when travelling at higher speeds. We will need to pick up the bike again on another date to really see what this baby can do. The gears did feel a bit on the stiffer side but that feeling will probably smooth out after a few kilometres. 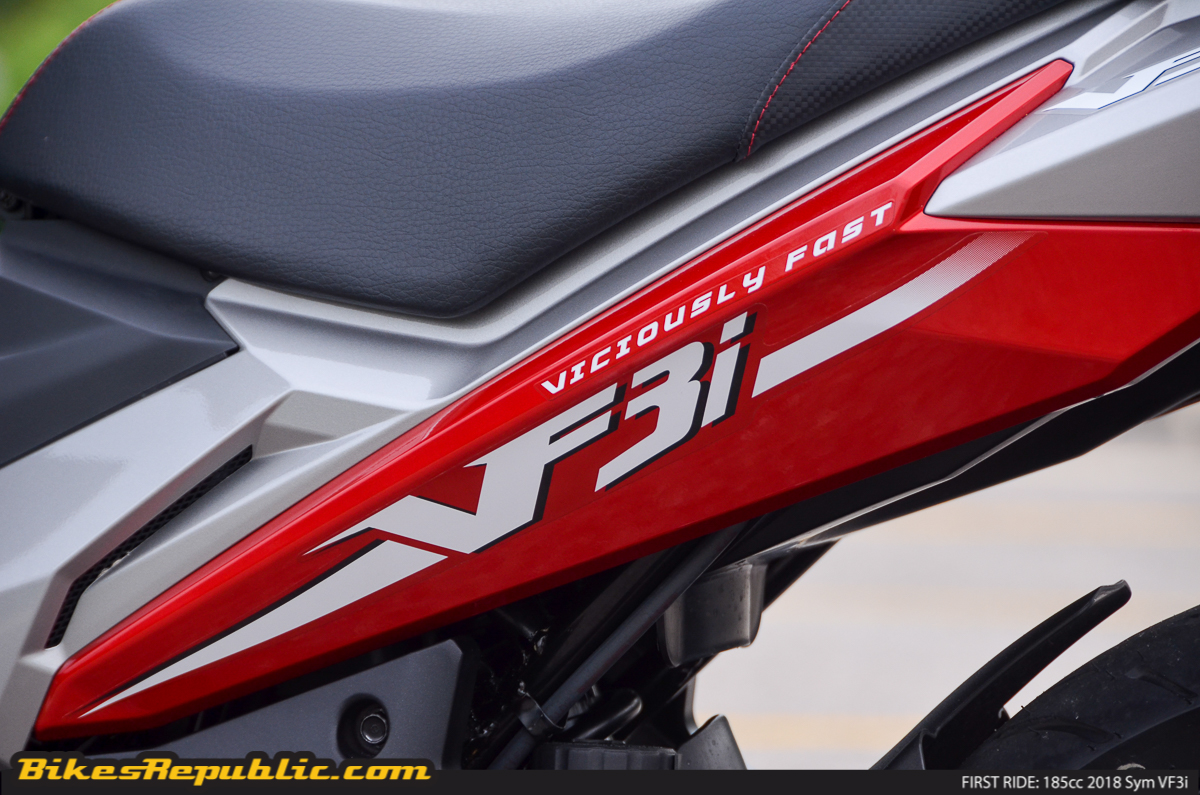 We were also quite impressed with the fact that the VF3i comes with a 7-litre fuel tank. This is considerably larger than most cubs or underbone bikes here in the country which also means that it has the ability to travel longer without having to stop to refuel as often. The brakes, however, took a short time to get used to but they do feel solid and braking hard presented a controlled, smooth and fast stop. 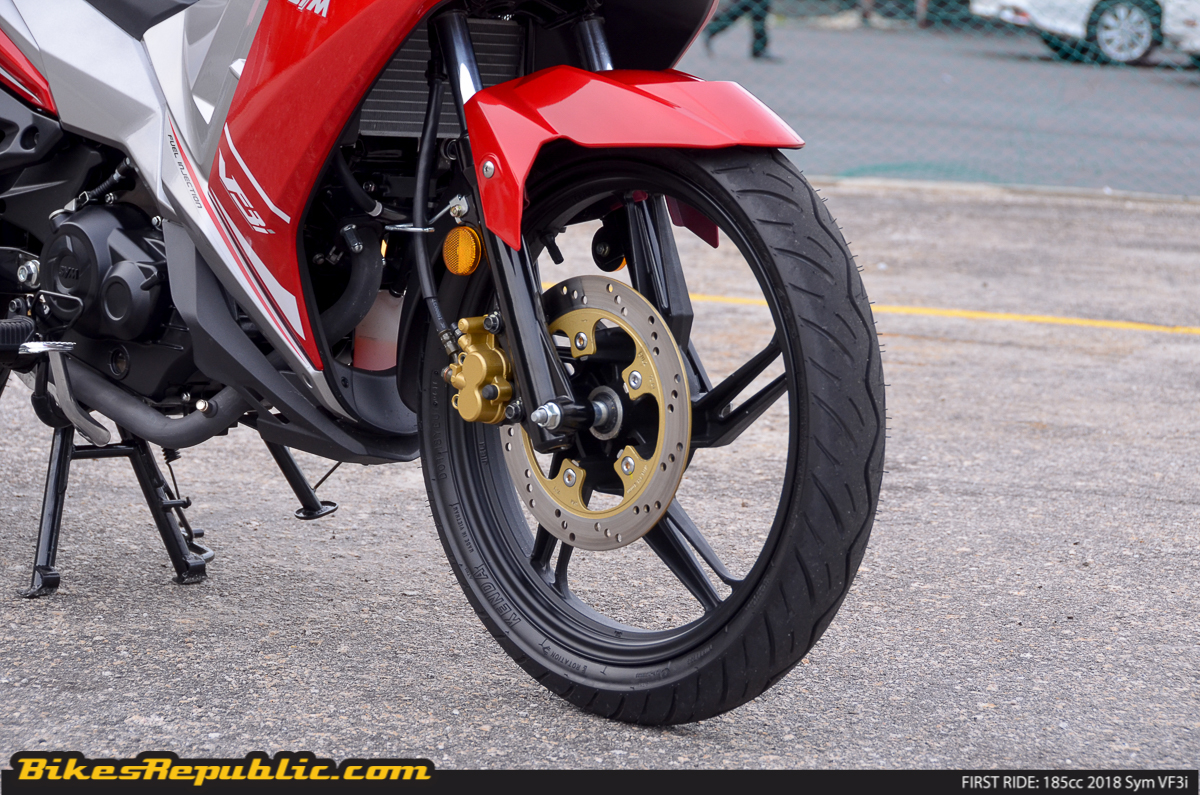 Not much else can be said about our very limited time on the new 2018 Sym VF3i. Once we have the bike for a proper test, we will reveal everything there is to know about the world’s first 185cc kapcai. All in due time, fellow fans. All in due time.