Didi Resources Sdn. Bhd. has been appointed as the new Piaggio and Vespa distributor in Malaysia.

Mr. Gianluca Fiume, Chairman & General Director of Piaggio Vietnam cum Executive Vice President Asia Pacific 2 Wheeler, said, “The appointment of Didi Resources is part of Piaggio’s business strategy to group the Piaggio, Vespa, Aprilia and Moto Guzzi brands under a single entity to maximize efficiencies across all aspects of the business and reinforce customer commitment in Malaysia. With the Piaggio Group brands under one roof established under the Motoplex concept, we are able to better offer a wider range for potential customers who seek an enriching Italian two-wheel experience backed by style, technology, superior performance and rich heritage. We look forward to collaborating closely with Didi Resources to push forward the brands to greater heights.”

According to Mr. Rewi Hamid Bugo, Chairman of Didi Resources Sdn. Bhd, “In addition to handling Aprilia and Moto Guzzi, we are very honoured to be presented with this opportunity to manage Piaggio and Vespa, the premium scooter brands which have transformed the concept of individual mobility and freedom. With this acquisition we can now manage Piaggio, Vespa, Aprilia and Moto Guzzi under the iconic Motoplex concept of the prestigious Piaggio Group for the Malaysian market. Didi Resources is firmly committed to strengthening the positioning of the brands by intensifying marketing and communication efforts, offering dedicated aftersales support, affirming the communities, and ensuring that engagement with the brands is continuous in the light of a competitive two wheel environment in Malaysia.” 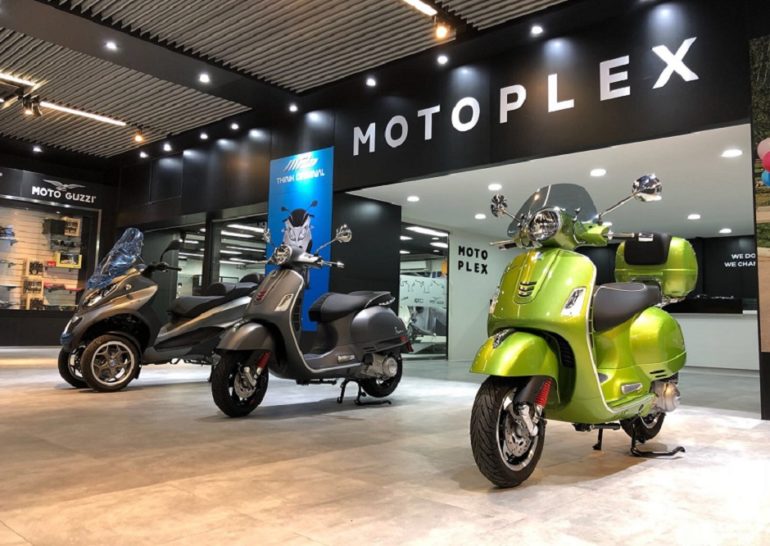 Motoplex is the most innovative retail model for the two-wheeler industry and enables importers and dealers to leverage the potential of the Group brands and products in the same outlet. Each Motoplex store provides the full offer of the Piaggio, Vespa, Aprilia and Moto Guzzi brands in a single location, together with services, accessories, merchandising and entertainment, to give customers an exciting global overview and a unique experience of the two-wheeler world.

Launched in 2015, the Group has already passed the significant milestone of 500 Motoplex stores open around the world in Europe, the Americas, Oceania, Asia, and the Indian subcontinent, alongside the traditional distribution network. Among the main cities in which Motoplex Stores have been opened are New York, Bangkok, Tokyo, Milan, Pune, Malta, Madrid, London, Berlin, Vienna, Lisbon, Stuttgart, Sydney, Jakarta and Bali.

The official appointment of Didi Resources as sole importer and distributor for Piaggio and Vespa will take effect from 1 January 2020. Plans for the construction of the Motoplex are underway with the launch scheduled in early 2020. A complete listing of Vespa dealers is available on  https://www.vespa.com/my_EN/store-locator.html.