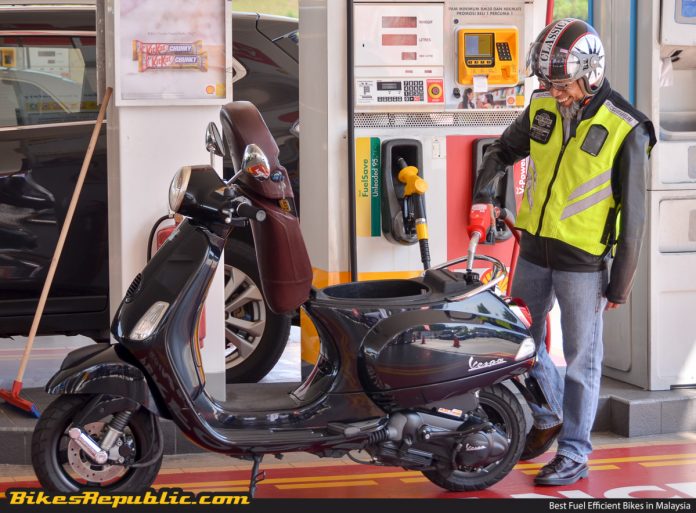 With the current price hike on petrol these past few months, we’ve been noticing that we’re spending more and more money on fuel for our cars and bikes. The holes in our pockets are getting bigger and we’ve been looking at some of the best options and alternatives to save more for travelling purposes. Based on our research, here’s our take on the most fuel-efficient bikes available in Malaysia today.

(NOTE: It’s just a listing and not a ranking on which is the best. Results may vary depending on fuel, bike conditions, riding styles, etc.) 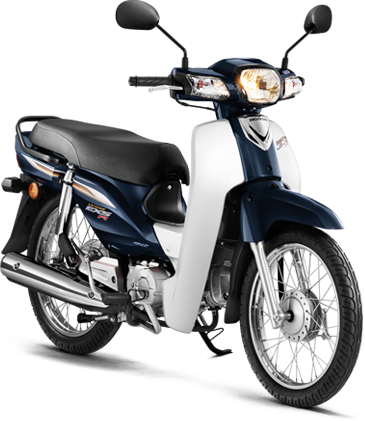 There’s no denying that the EX5 from Boon Siew Honda is the best selling cub in the country. With its 110cc fuel-injected SOHC engine, the EX5-Fi is one of five motorcycles from Honda that has received the Energy Efficient Vehicle (EEV) status. The fuel consumption figure for this cub is an amazing 1.8litres/100km. with its 4.3litre fuel tank capacity, one would be able to travel (in theory) up to 238km before it need refueling. Not bad considering that you only need to spend RM9.90 for a fuel tank of petrol. The Honda EX5-Fi is priced at RM4,715.94 (basic with GST). 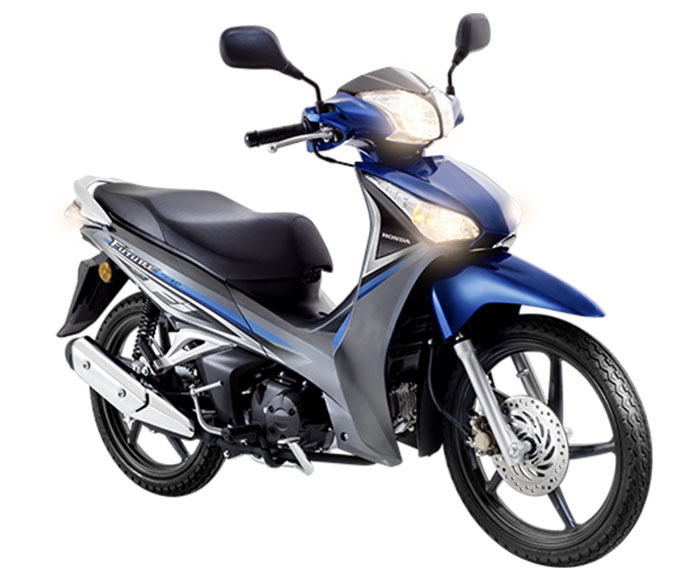 The second EEV bike from Honda is the Future Fi. Powered by a 125cc SOHC fuel-injected engine, the Future Fi can generate up to 8.4hp with an economical fuel consumption of only 1.8litres/100km. To fill the 5.4-litre fuel tank to the brim, one only needs to spend RM12.40 (priced based on RON95 for February 2017) and in theory, that amount will last you about 300km for each full tank. The Future Fi is available from RM6,072.74 (basic with GST). 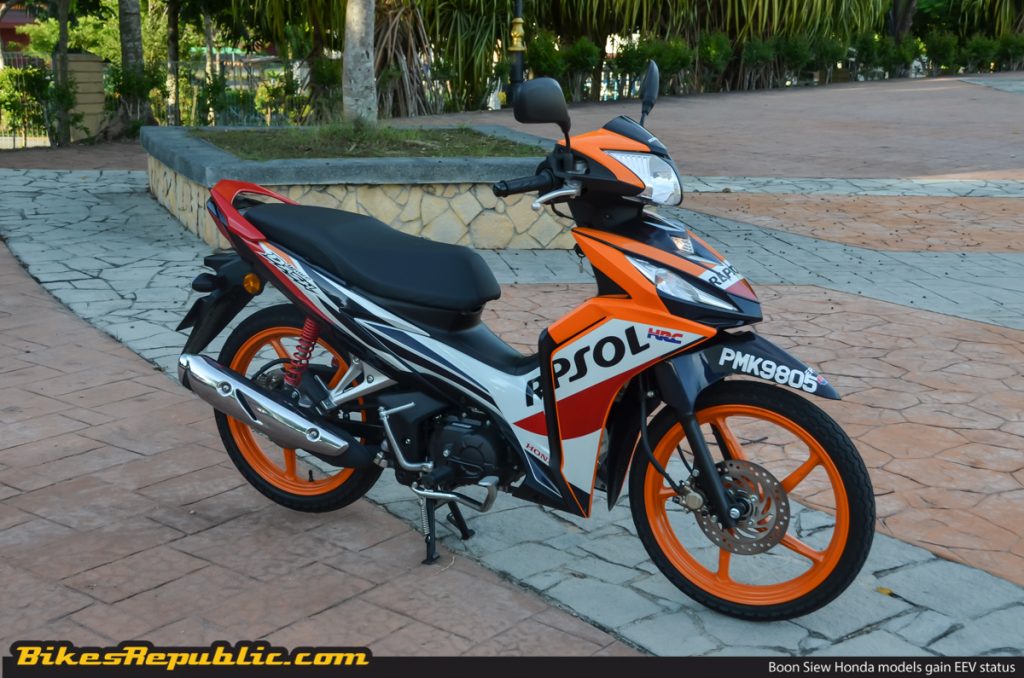 Another bike from Honda that received the EEV status is their Wave Dash Fi. The kapchai has a 4-litre fuel tank and with just RM9.20, you’ll get around 220km of travelling distance on this particular cub. The Honda Wave Dash Fi starts at RM5,669.94 (basic with GST). 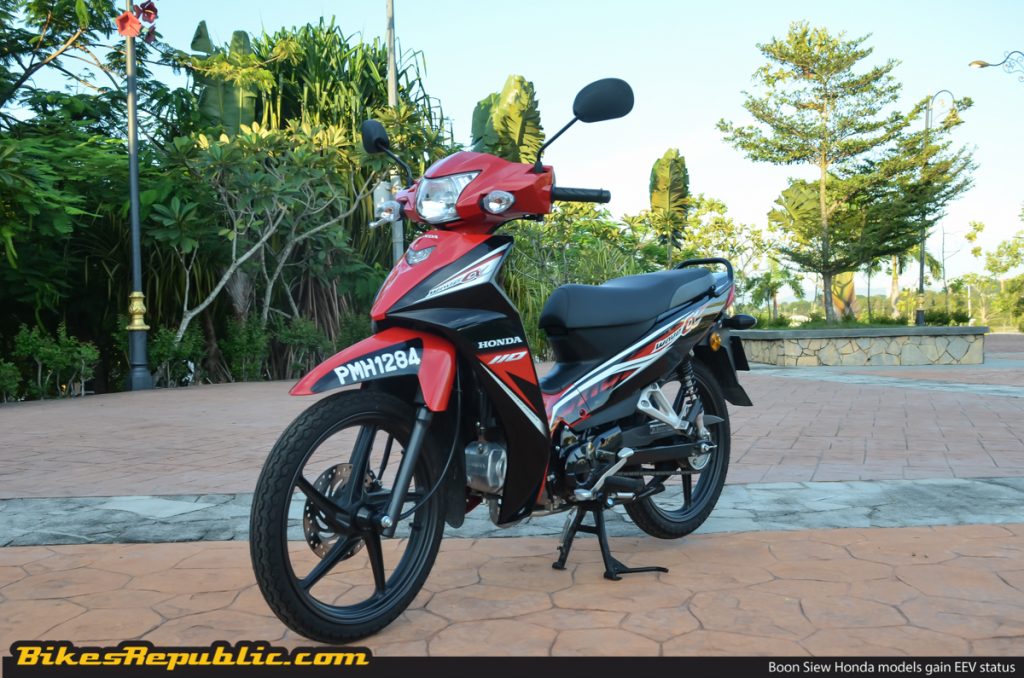 Also having received the EEV status for its capability to travel 100km with just 1.9litres of petrol, the Honda Wave Alpha is equipped with 109cc that’s able to produce 8.3hp and 8.6Nm of torque. Even with its slightly smaller 3.7-litre fuel tank, the Alpha can travel up to 194km and you only need to spend RM8.50 to travel that far! The Wave Alpha is priced from RM4,291.94 (basic with GST). 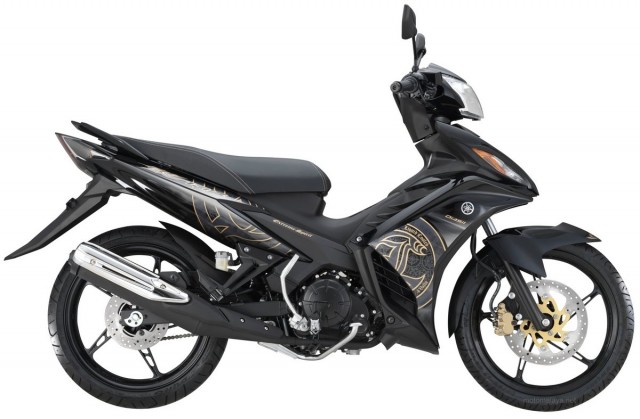 The candidate from Hong Leong Yamaha Malaysia (HLYM) for the most fuel efficient motorcycle is their popular Yamaha 135LC. The 134cc liquid-cooled SOHC power plant is able to produce a healthy 12hp and 11.8Nm of torque. Primed with a 4-litre fuel tank, spending RM9.20 will get you a full tank of petrol and a travelling distance of 181km. No wonder the 135LC is so popular among Malaysians and it only costs RM7,068.08 (basic with GST). 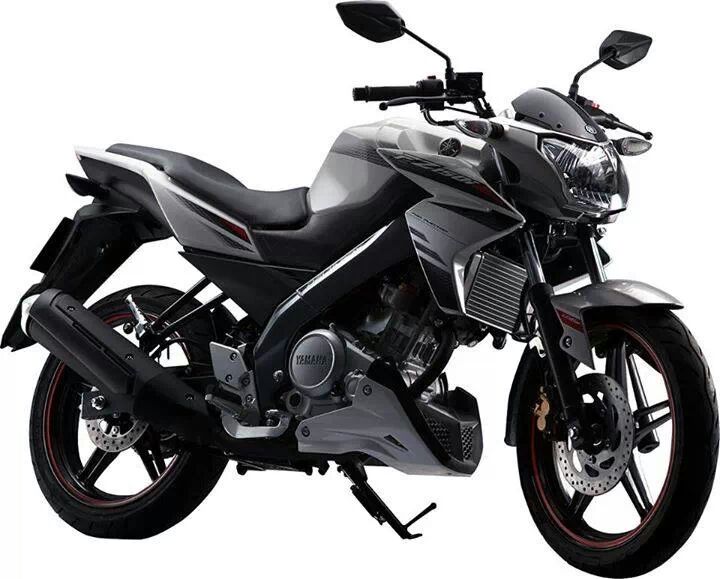 Yamaha’s ingenious offering for a small capacity naked street bike is the popular FZ150i. Even with a slightly larger 150cc liquid-cooled SOHC engine that’s able to generate a good 12hp and 14.5Nm of torque, the 2.6litre/100km is very impressive. Combined that figure with its massive 12-litre fuel tank capacity and you’ll theoretically can travel up to 460km! That’s very good when the FZ150i is only priced at RM9,156.28 (basic with GST). 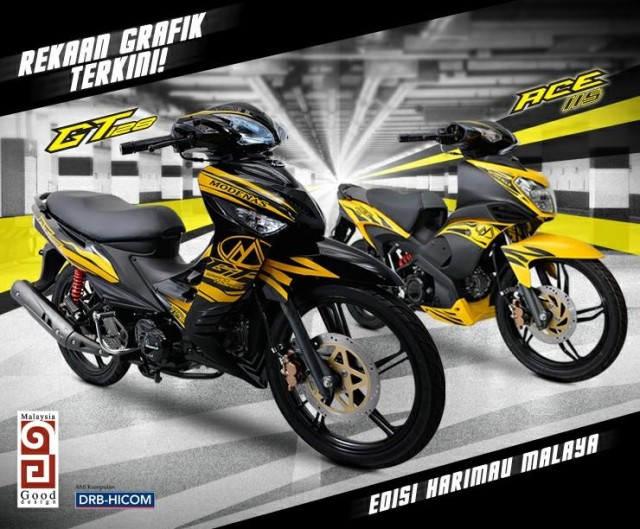 The underbone from Modenas has been given a lot of credit for its fuel efficiency. The 130cc cub is able to travel up to 204km with its 4.3-litre fuel tank. According to Modenas, the GT128 in theory has a lower fuel consumption at an amazing 1.6litre/100km. whatever the figure is, there’s no doubt that the GT128 is efficient. The Modenas GT128 is available at only RM5,600 (basic with GST). 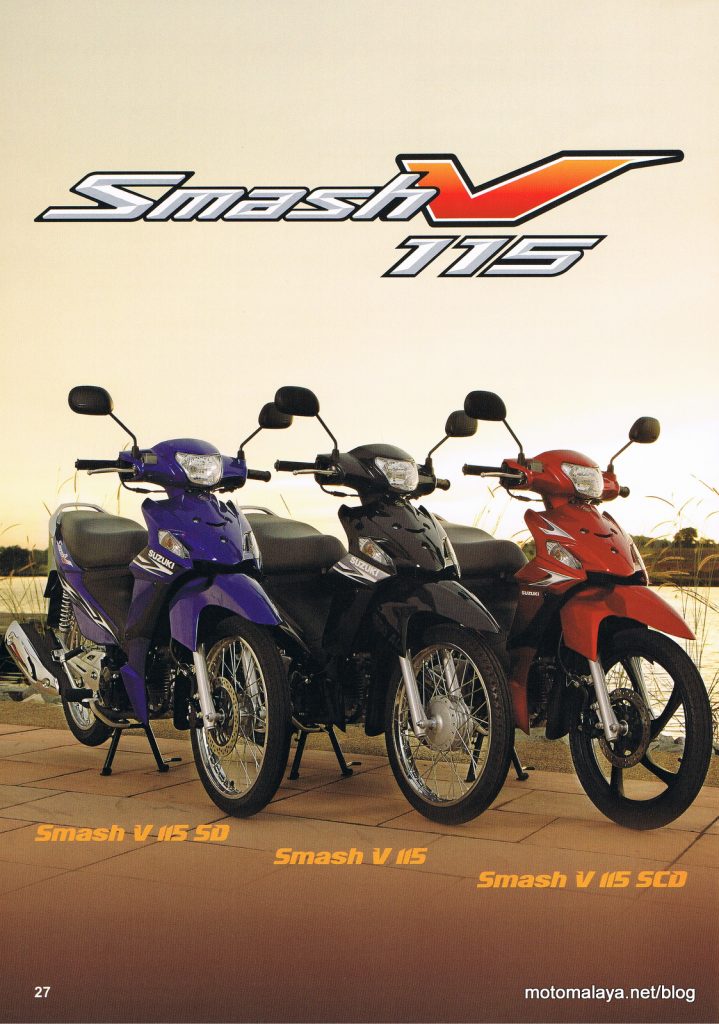 The boys over at Suzuki did something right when they came out with the Smash V115. Although the bike was released in 2011, the 115cc cub has recorded an average of 2.0litres/100km ever since. Equipped with a 4.3-litre fuel tank, travelling up to 215km is doable and that single trip will cost you a total of RM9.90. The Smash V115 is priced at RM4,847 (basic without GST). 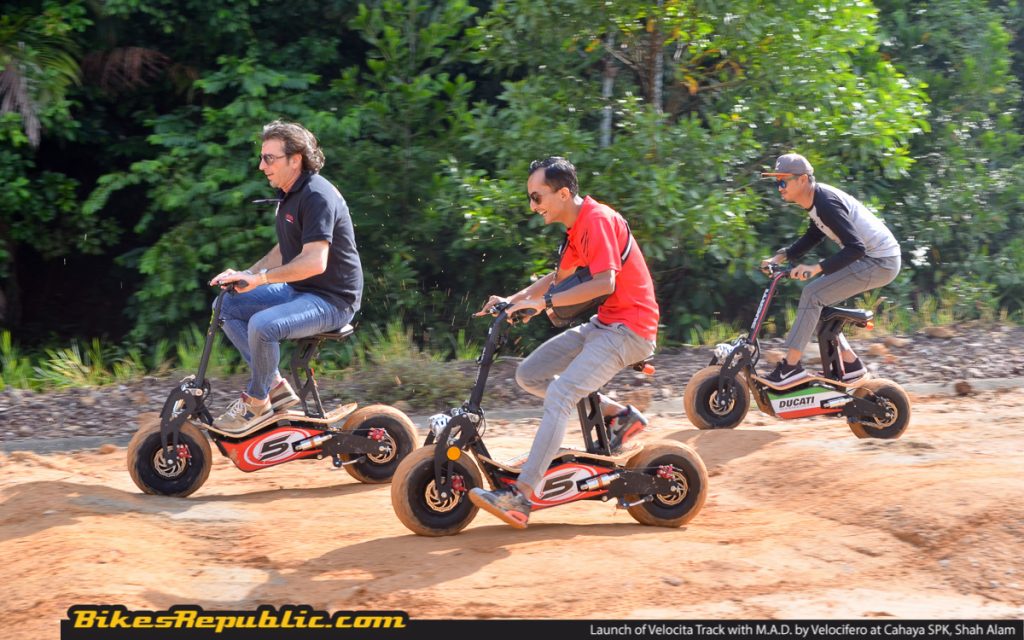 The electric scooter created by the same person who designed the CMC Italjet 125 is actually an electric off-road scooter that’s envisioned as the ultimate fun riding experience but also a good and versatile commuter. This is actually a good alternative to travel short distances within the neighbourhood or nearby shops. 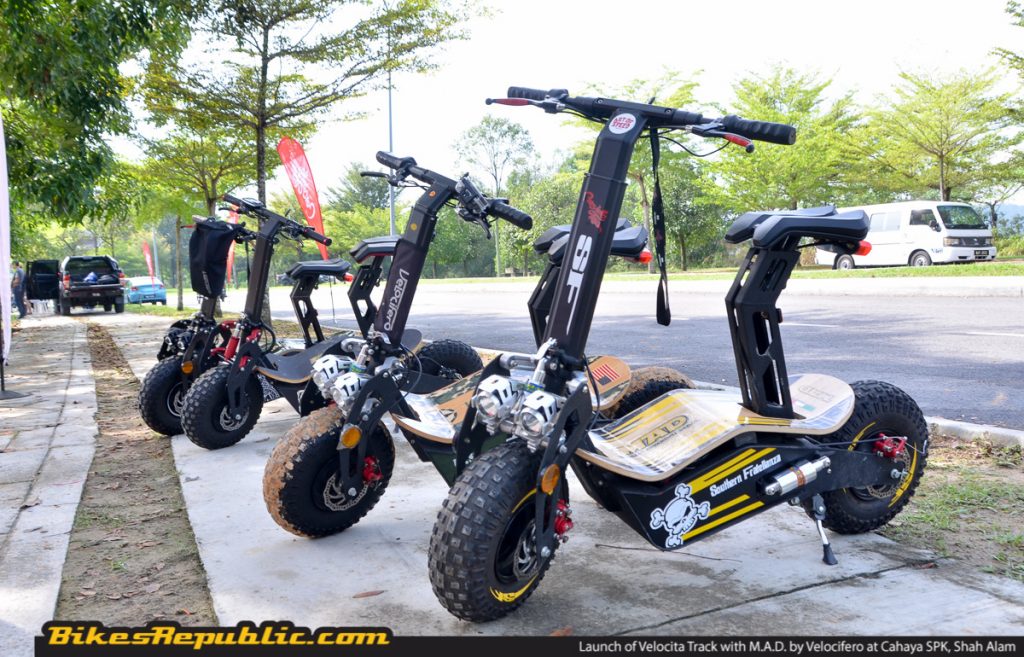 The basic version has a 500 watt 36 Volt brush motor while the top of the range model features a 1600 watt 48 Volt motor with generous torque and enviable performance, attributes that give it the power to tackle all types of terrain. A single 4-hour charge will get you a range between 20-35km, which is enough to travel to the nearby shops. The price for one of these fun electric scooter starts from RM3,980. Click HERE to know more about the M.A.D. by Velocifero electric scooter. 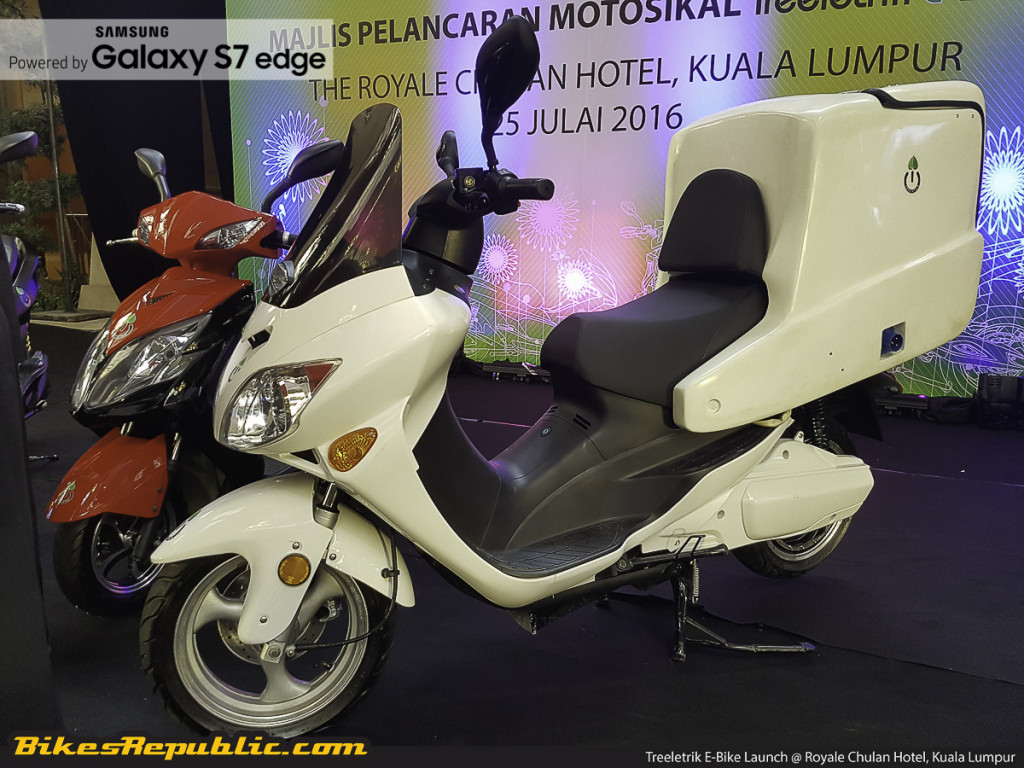 The highly anticipated scooter that runs solely on electricity is the T-90 from Treelektrik. The scooter-styled electric bike is powered by an 84-volt DC electric motor paired with an 84-watt lead acid/lithium battery combination. It boasts a maximum travel range of 100km on a full charge whilst reaching an average top speed between 80 to 90km/h. 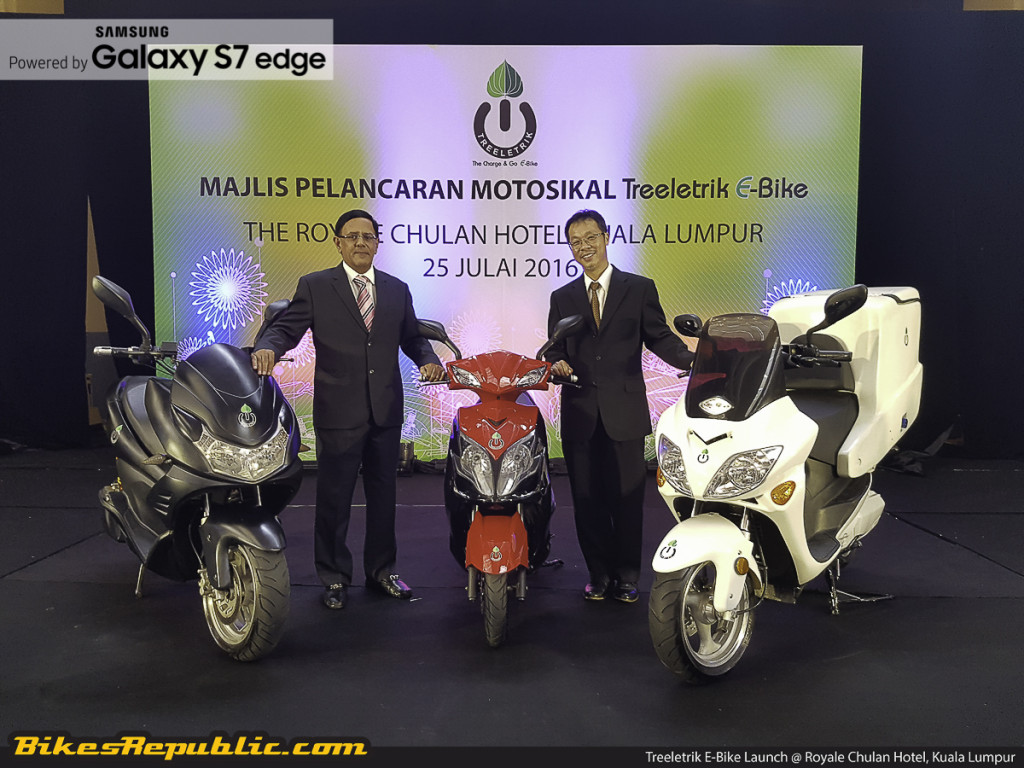 Although the bike is still not available for purchase at the moment, that status will probably change in the near future. If you’re interested in owning a T-90 of your own, the planned selling price will start at RM8,800. And you don’t even need to go to the petrol station to buy petrol ever again. Click HERE to know more about Treelektrik e-bikes.

So there’s our take on the most fuel-efficient bikes in Malaysia. If you have any suggestions to add on, please do contact or email us at info@bikesrepublic.com or via the Bikes Republic Official Facebook page.