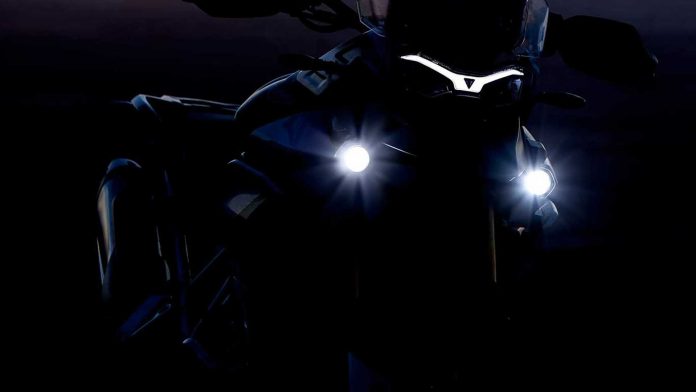 We expected to see the 2020 Triumph Tiger 900 at EICMA 2010 but were surprised to not see it there. However, the manufacturer has released a teaser that it’ll be unveiled in early December 2019.

But it isn’t just an updated model for Euro5 compliance, instead pictures of the prototype do show an entirely new bike. Also, there are two new models, called the Tiger 900 Rally and Tiger 900 GT.

As the names suggest, the Rally will be more off-road oriented while the GT is more for sport-touring. This marks a departure from the XC and XR naming schemes.

From the pictures we saw earlier, the new bikes will feature LED headlamps and lighting. Also, we are certain that they will receive the new TFT screens, just like how the 2020 Street Triple RS has shown.

Other “updates” are abound, for example, the passenger footpeg carriers are no longer welded to the rear subframe. Off-road riders of the previous generation complained that the carrier will bend, sometimes along with the subframe should they encounter a hard fall. Kudos, seems like Triumph always listens to what consumers want.