DIDI Resources, the official custodians of the Moto Guzzi Malaysia, has officially launched 2018 Moto Guzzi V7 III Rough. We had the first look of the bike earlier.

The V7 III Rough is the latest addition to the V7 III’s extensive model line-up which includes the recently launched Carbon, Anniversario, Racer, Stone, Special, besides the Limited and Milano that are not available in Malaysia, as yet.

The V7 III line-up not only represents the Moto Guzzi’s entry-level motorcycles, but also the most customizable, which is why there are so many interpretations within the manufacturer itself. 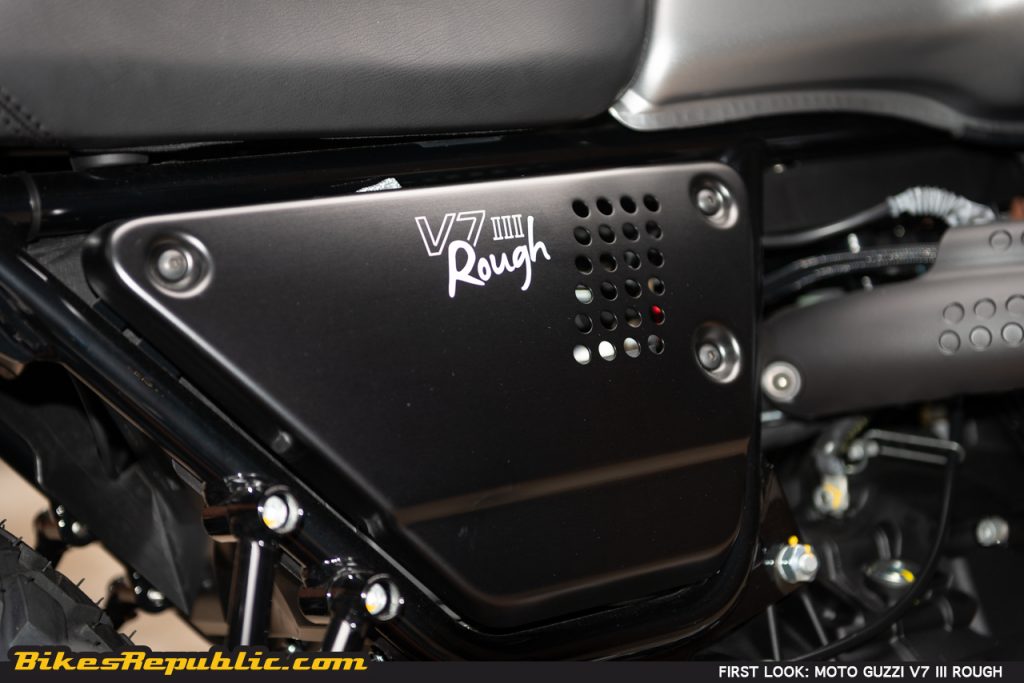 Coming back to the Rough iteration, the bike rolls on knobby tyres mounted on spoked rims, for a version that screams “urban jungle basher.” That should mean the bike is made for conquering rough city roads, as well as shooting through an unpaved shortcut. It also should be fine for light off-road paths, say to camping sites like those at Janda Baik or Mat Daling, to name a few. 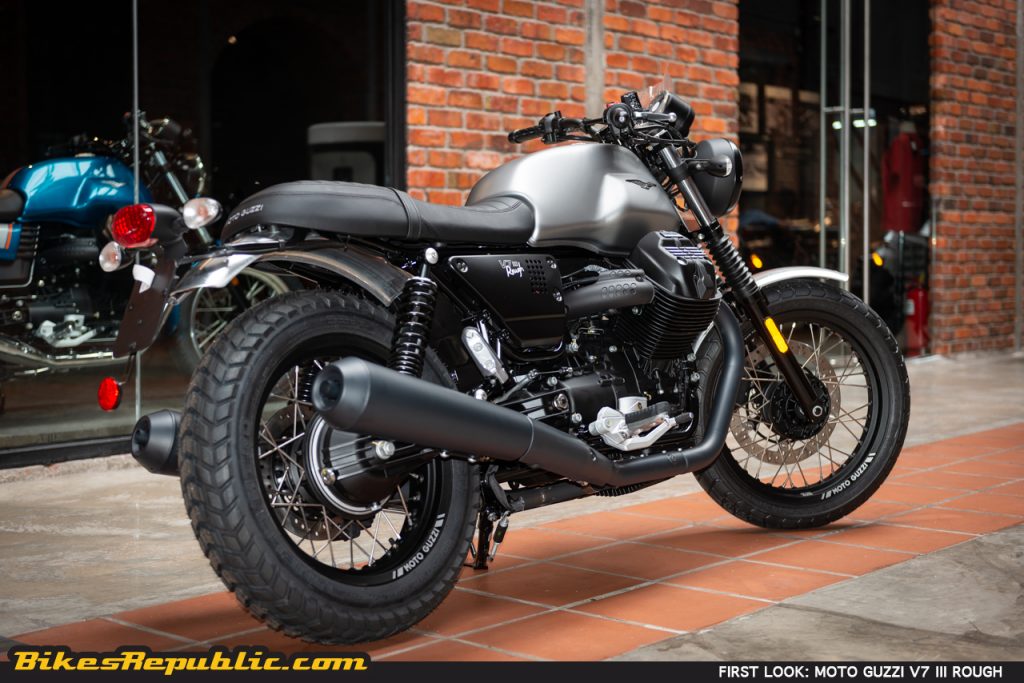 In the V7 III signature minimalistic style, the front and rear fenders are polished aluminium while the fuel tank is finished in matt silver. The headlamp nacelle, handlebars, engine and single-sided swingarm are powercoated in black. The fork stanchions are enclosed in classic dust gaiters. A black leather seat with classy red stitching adds the finishing touch. 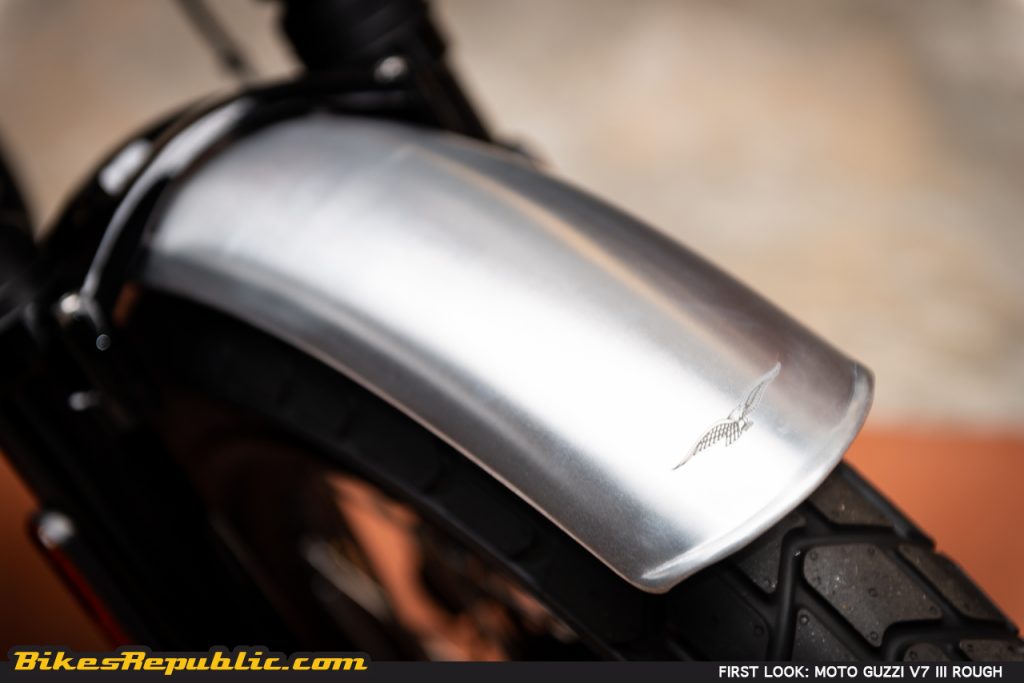 Moto Guzzi also offers an extensive array of accessories for the rider to turn his V7 III Rough into a bike which better reflects his personality.

Powering the V7 III Rough is the same 750cc, air-cooled, pushrod-activated 2-valve-per-cylinder, transversely-mounted, 90o V-Twin lump which made its debut in 1967. It produces 52bhp at 6,200 RPM and 60 Nm of torque at 4,900 RPM. The engine is tuned to provide linear torque throughout its rev range. 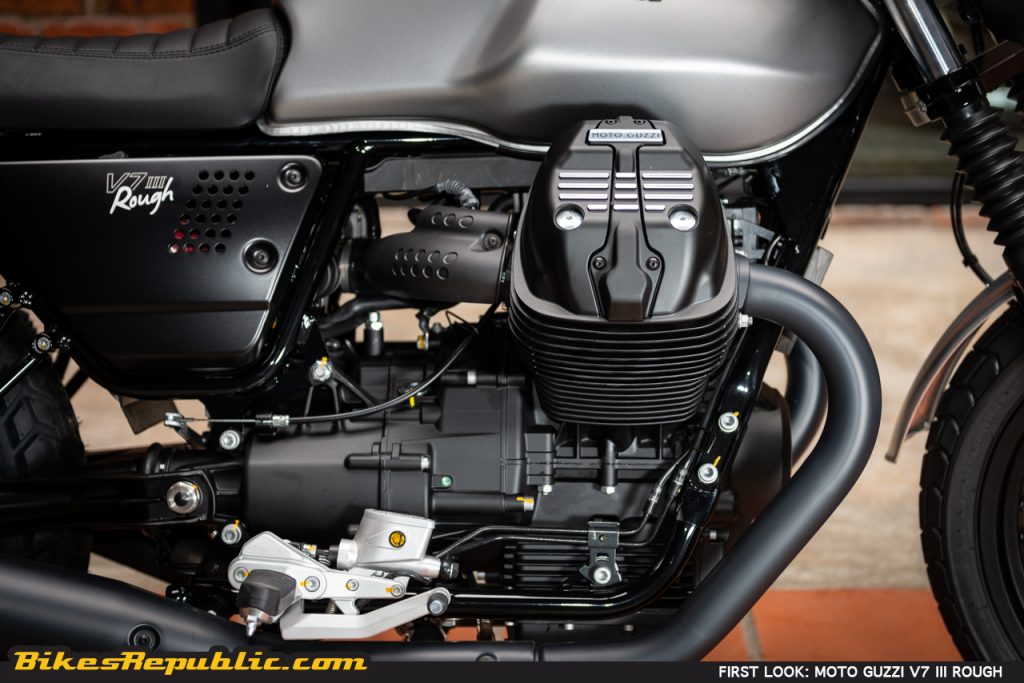 The engine and longitudinal gearbox are then mounted to a dismountable double-cradle frame with the same weight distribution as the legendary V7 of 46% rear and 54% front. Dual Kayaba shocks suspend the swingarm (which contains the driveshaft on one side) from the frame. This configuration provides the bike with a low and accessible seat height of just 770 mm. 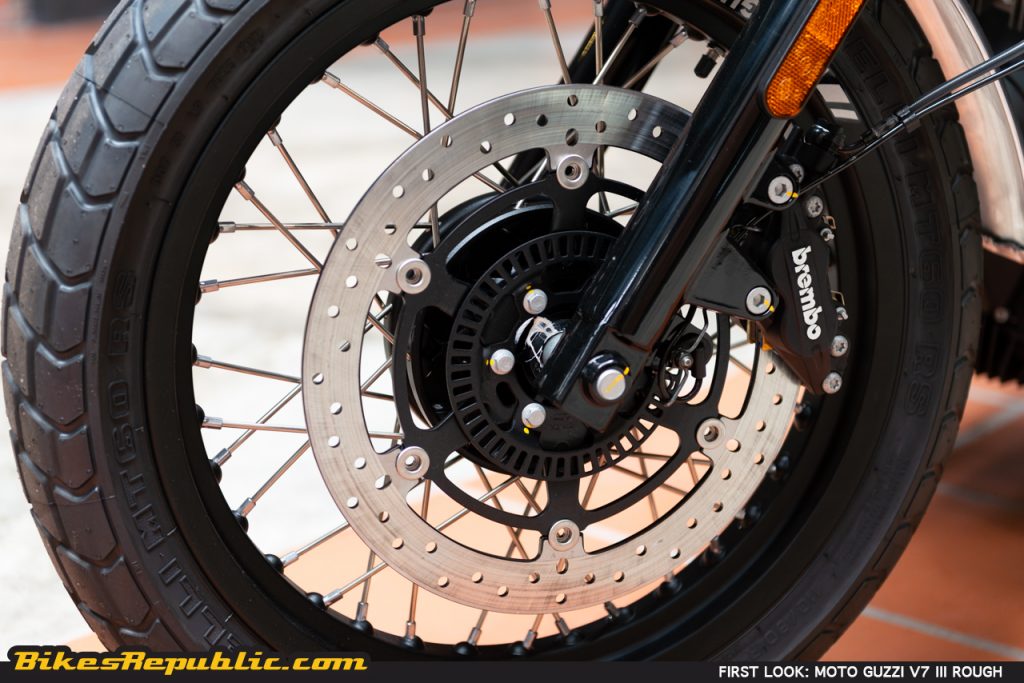 While Moto Guzzi is considered the “heritage” brand under the Piaggio Group, the motorcycles are anything but, as despite being the entry-level range, the V7 III line-up features a two-level Moto Guzzi Traction Control (MGCT) and a two-channel ABS system made by Continental.

Further on electronics, the single speedometer gauge may look basic, but it displays all pertinent data such as gear position, odometer and daily trip odometer, trip time, average speed, real-time and average fuel consumption, average speed and MGCT level. The minimum and maximum engine revs can also be preset. 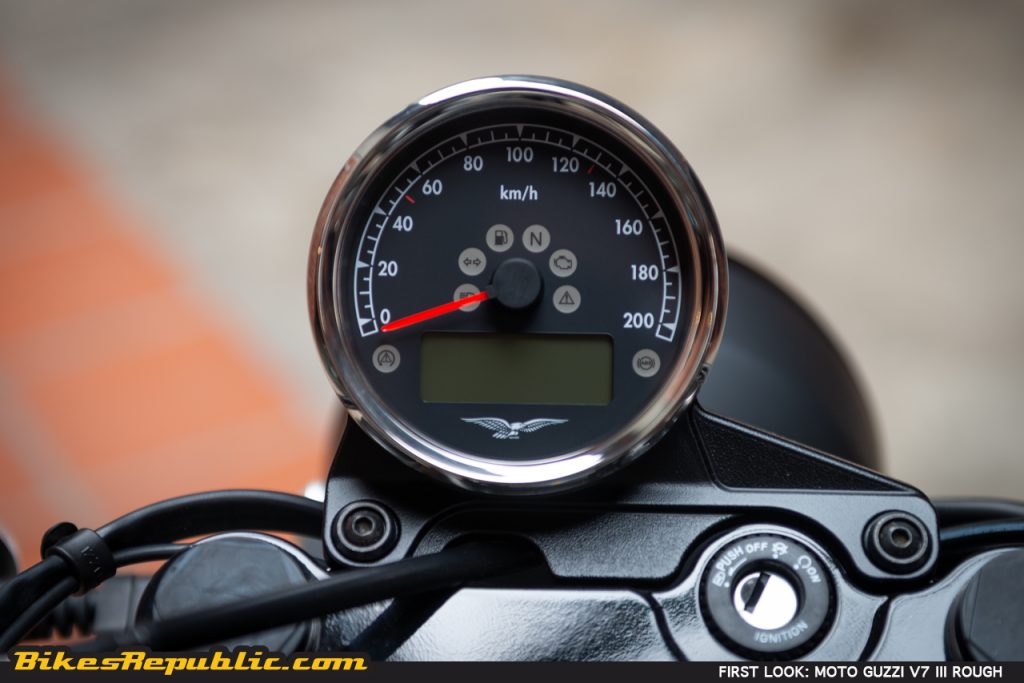 The instrument display may also be updated with the optional Moto Guzzi Multimedia Platform which connects a smartphone via an app to present even more data to the rider.

In launching the Moto Guzzi V7 III Rough, it also pays tribute to the upcoming Distinguished Gentleman’s Ride (DGR) 2018 (happening on 30th September 2018), Mr. Simone Niccolai, the Managing Director of Asia Pacific 2Wheeler, Piaggio Asia Pacific, dressed the part for the occasion with attired supplied by Tiga Supply Co. together with the management personnel of DIDI Resources and Stronghold Cycles. 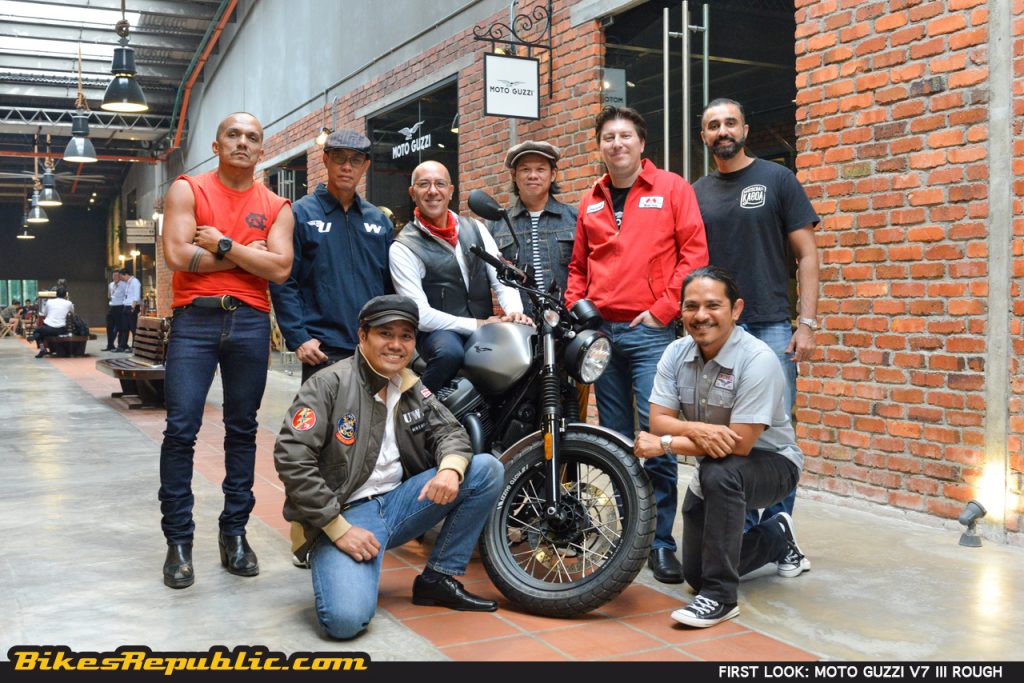