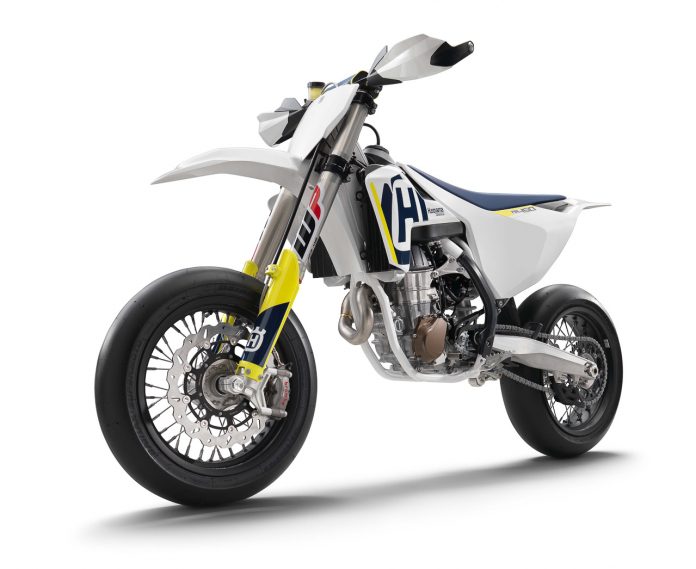 The 2018 Husqvarna FS 450 was announced by the Swedish manufacturer as their latest race-ready supermoto race bike.

The supermoto is powered by Husqvarna’s 449cc single-cylinder engine which churns out around 63hp that drives all that power down to the rear wheel via a five-speed gearbox. 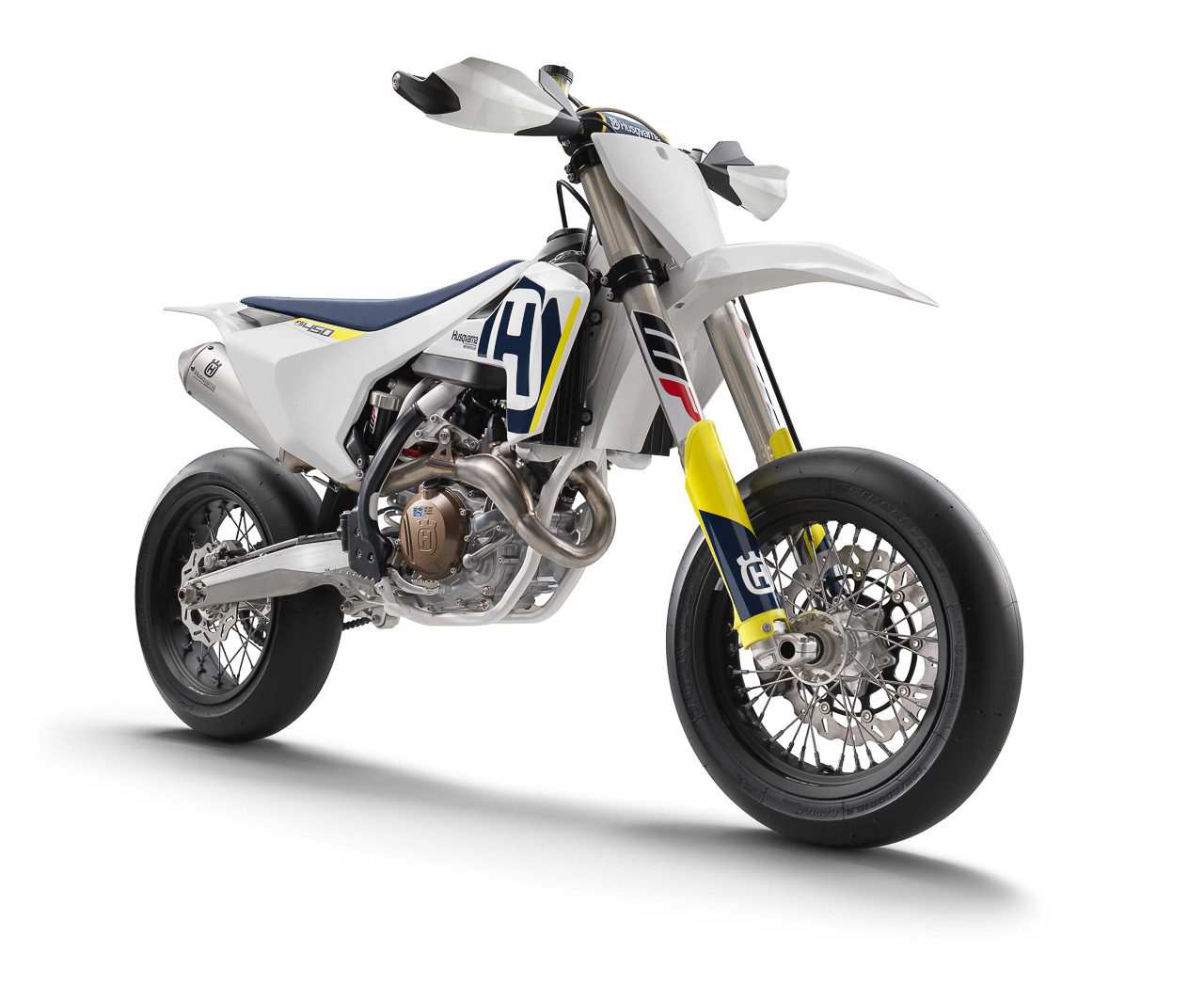 Want to be a part of the Supermoto scene but don’t want the hassle of building and customising your own race machine? Well, one Swedish manufacturer has you covered. We are of course referring to the latest 2018 Husqvarna FS 450, the race-ready supermoto with all the tech goodies. 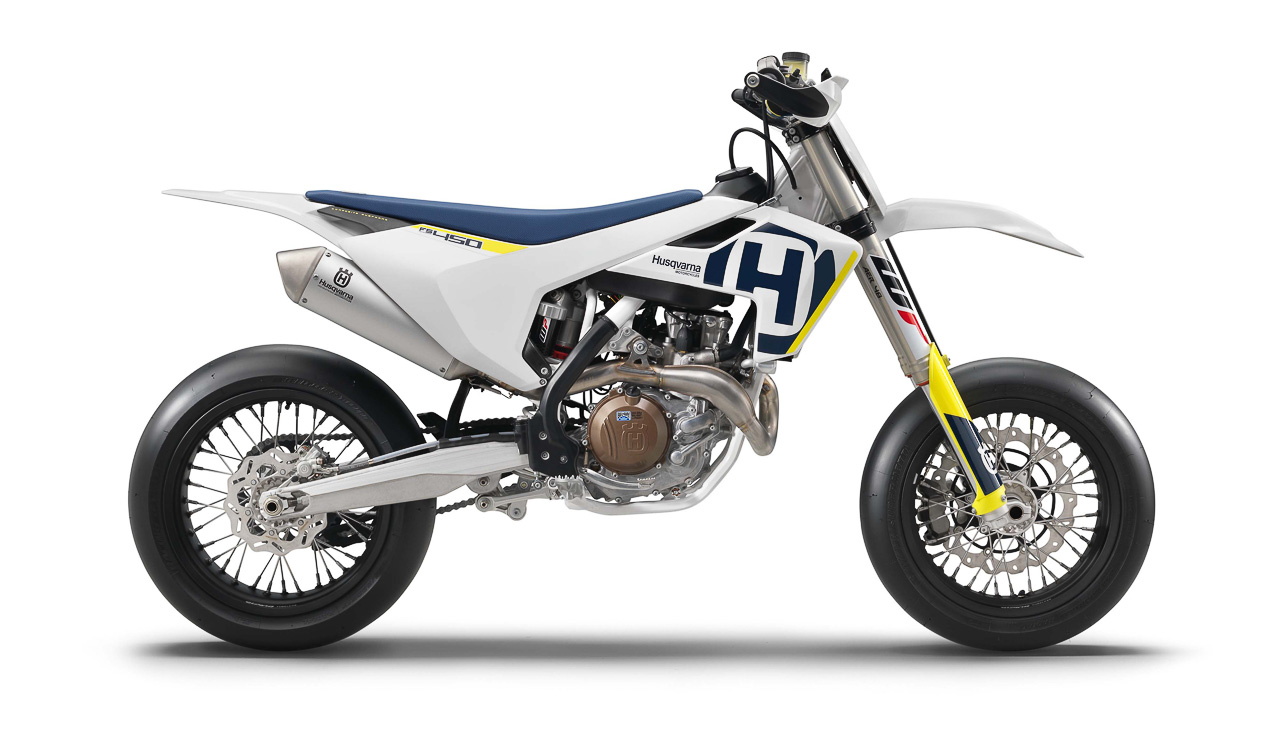 One of the biggest changes that everyone should know is the brand new slipper clutch obtained from Suter. Each and every MotoGP enthusiast will know the Suter brand and even if you don’t just take a look at the Suter MMX 500 two-stroke monster machine and you’ll suddenly drool uncontrollably. The new anti-hopping clutch together with Magura hydraulics provides maximum control when racers put the FS 450 under constant hard braking. 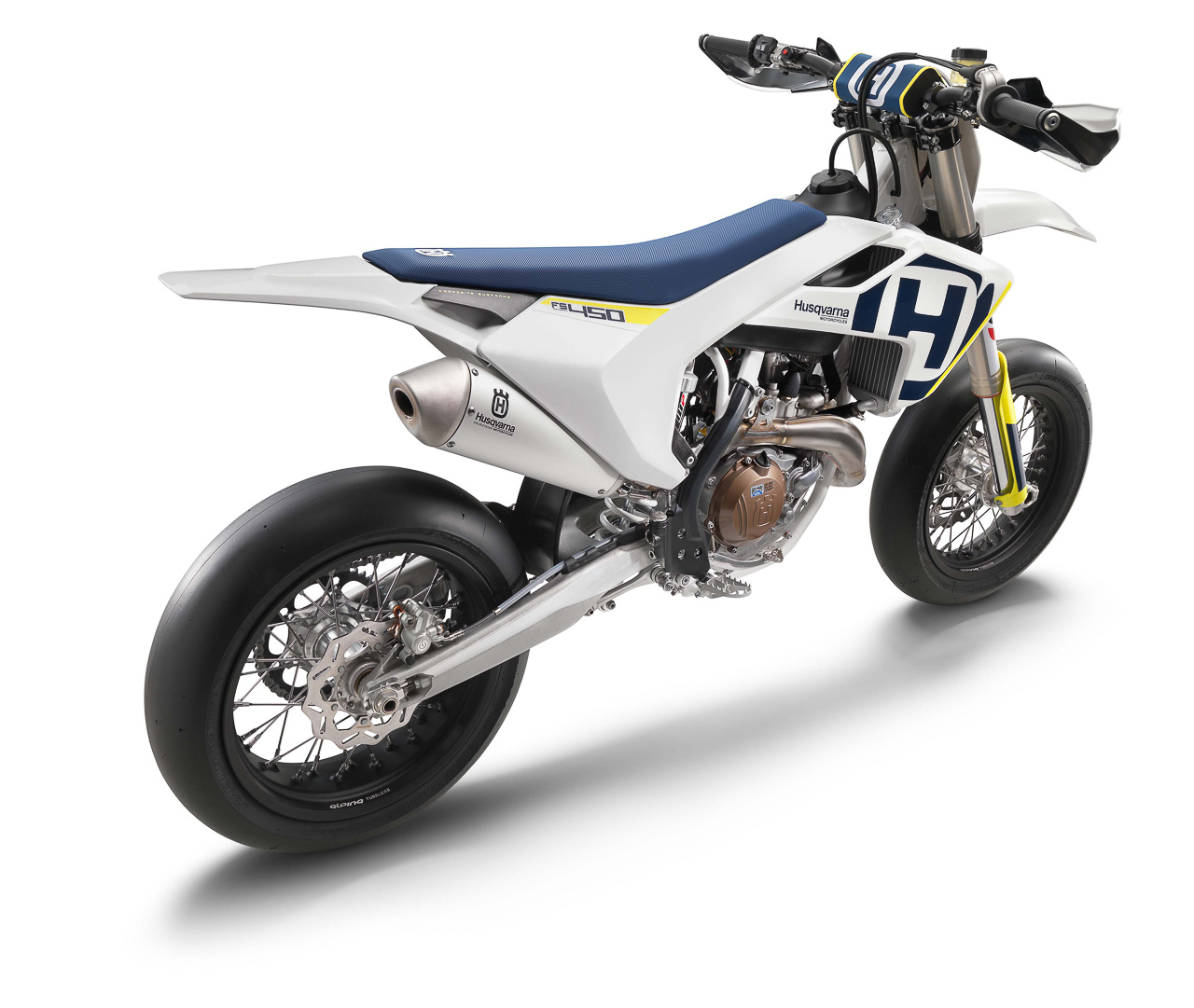 Besides the new Suter clutch mechanism, Husqvarna also installed a new switch on the handlebar to toggle between different map settings on the fly to give riders that extra edge when competing in the tracks. The rider has the choice to decide on the best settings in terms of the FS 450’s traction control, engine mappings and launch control setup. 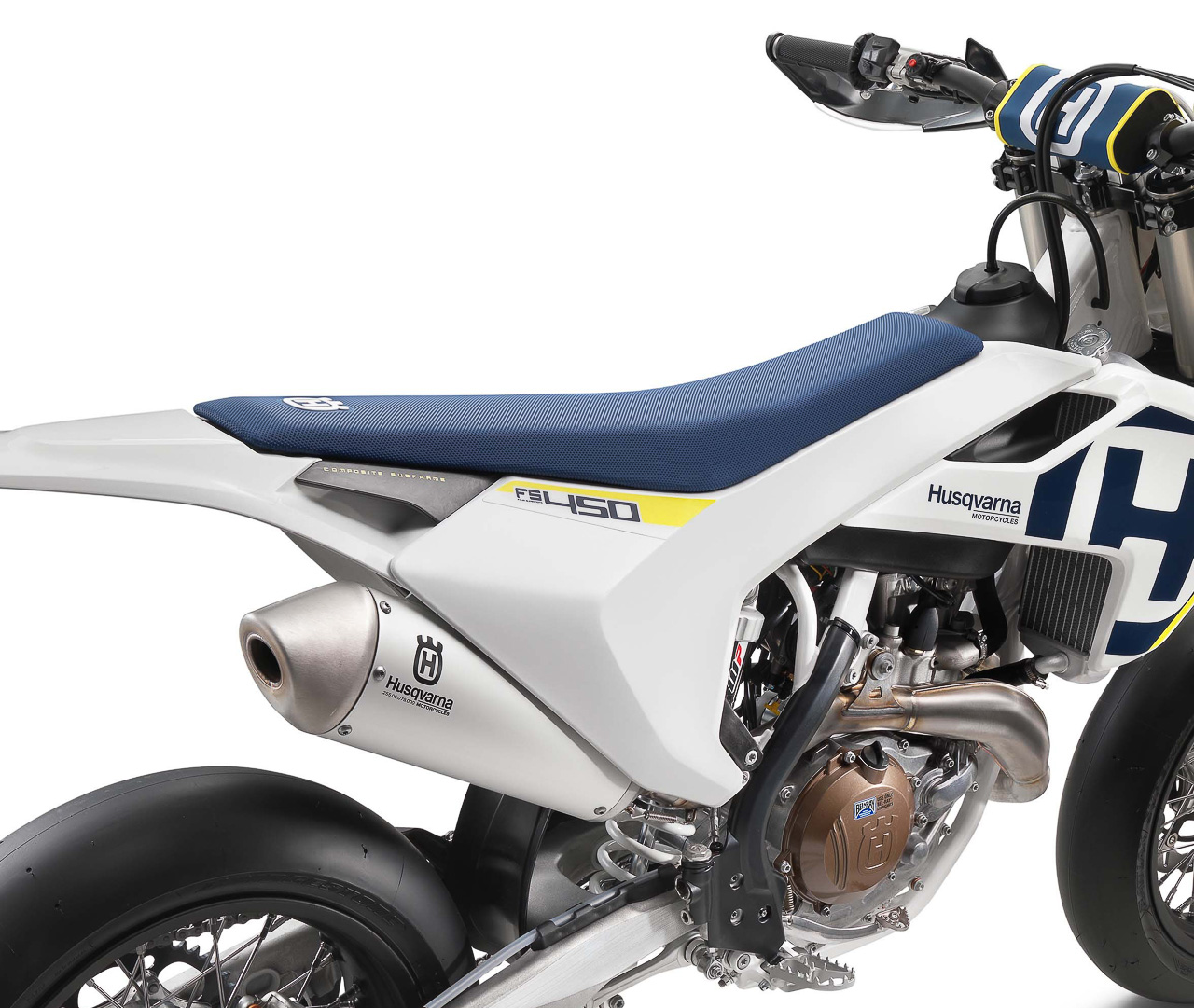 Husqvarna has stuck with their iconic and very recognisable graphics for the new FS 450. The same has been used on many of their current and previous models. The only difference in terms of looks for the 2018 FS 450 is that the seat now comes in blue. 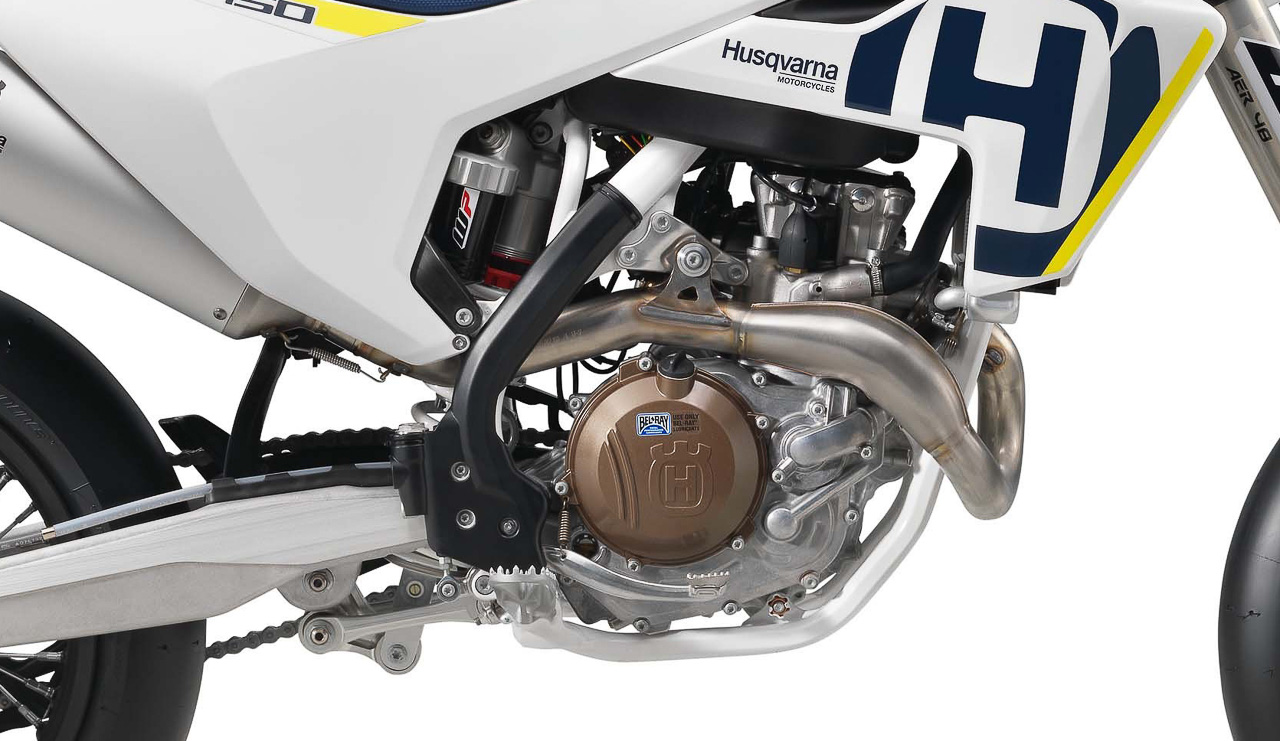 The supermoto is powered by Husqvarna’s 449cc single-cylinder engine which churns out around 63hp that drives all that power down to the rear wheel via a five-speed gearbox. Coupled with a new cast aluminium swingarm that provides complete control and stability, the latest FS 450 is indeed a worthy supermoto weapon. 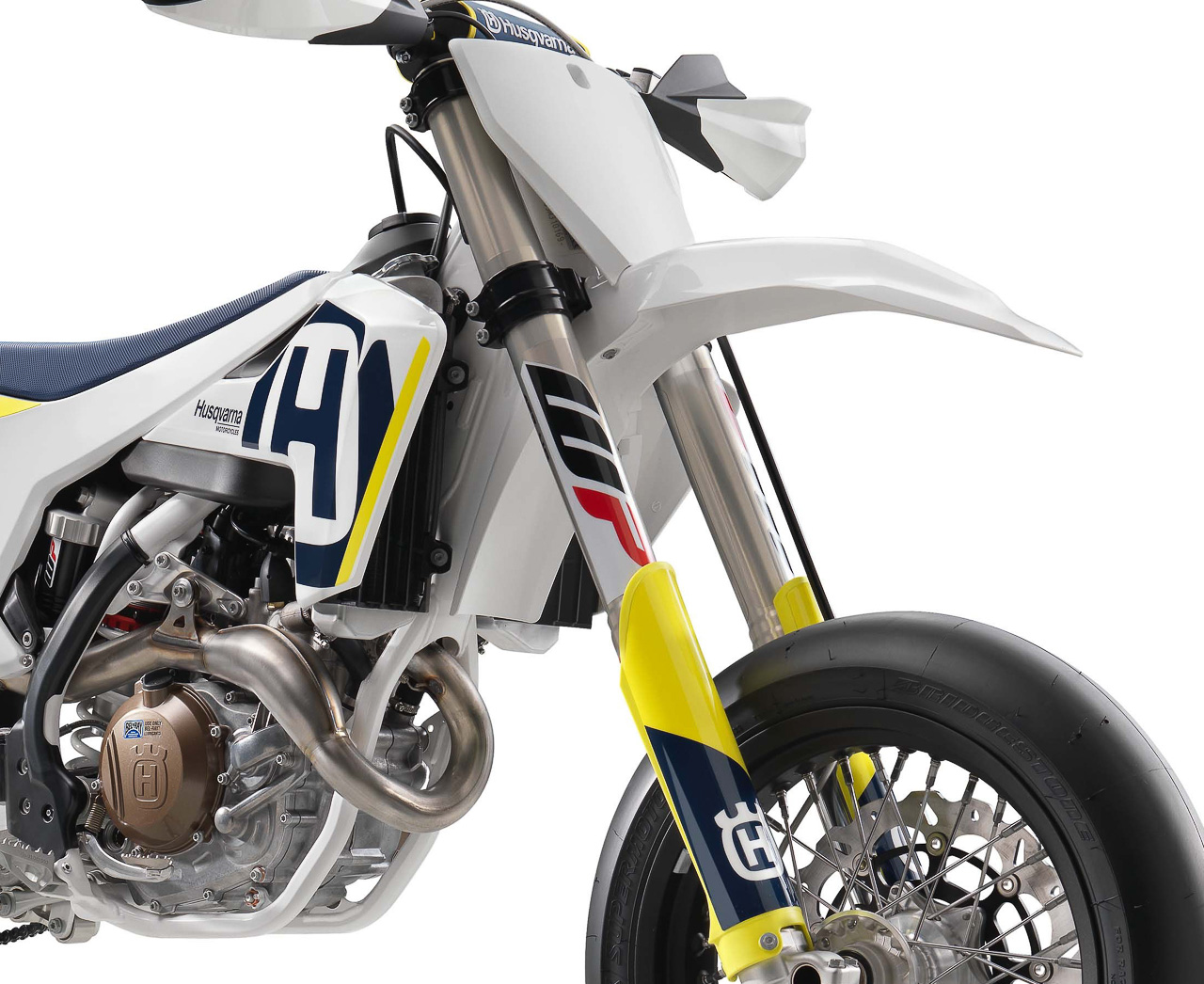 Going to the chassis section, the FS 450 has a brand new composite rear sub-frame which has been constructed with 30% carbon fibre to give strong yet light performance. The suspensions package is covered by WP Performance Systems with a ‘springless’ design together with a conventional yet reliable WP rear shock. 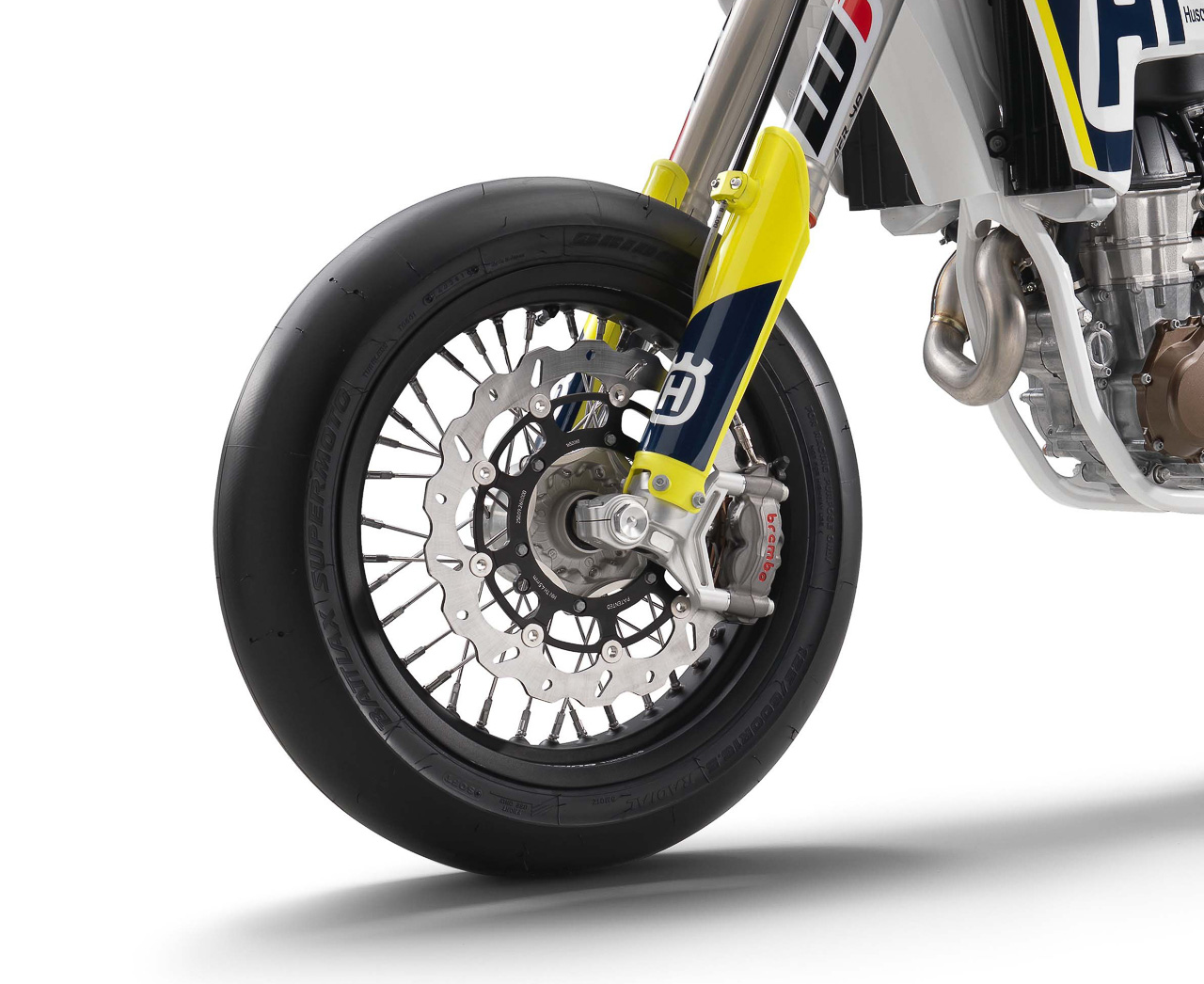 A couple of Bridgestone R420 racing slicks are wrapped around Alpina spoke wheels are appointed as the point of contact between the bike and road surface. Together, these babies provide the maximum levels of grip, traction and agility which are equally important in supermoto races. Stopping power comes in the form of radial-mounted Brembo brake calliper to ensure superior and controlled stopping power from the 310mm front disc and 220mm rear disc. 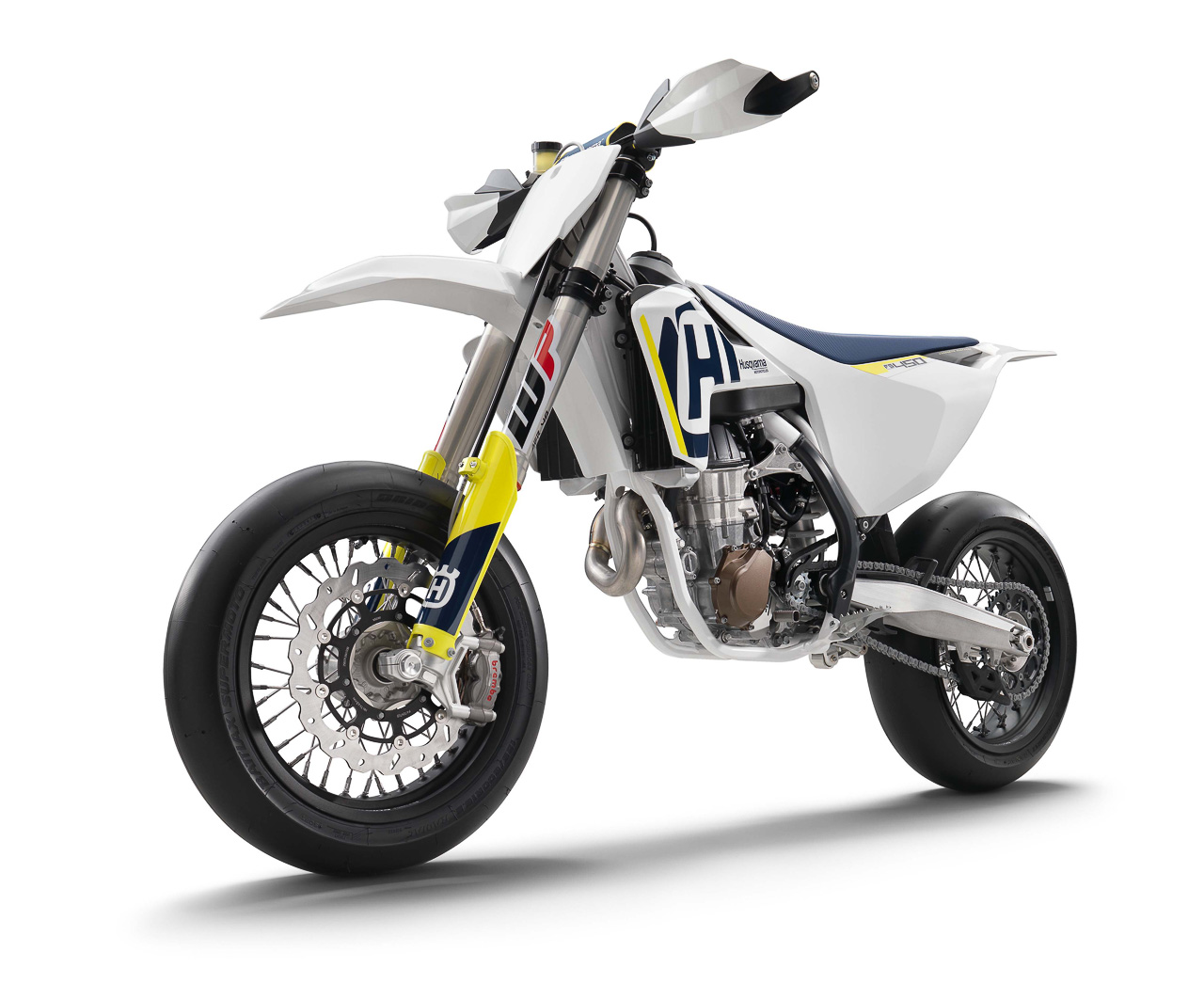 Husqvarna has also announced that the 2018 Husqvarna FS 450 will be available at all dealerships around the world sometime in July with no official price yet to be stated. We figured that it will most likely be over the RM60,000 mark. YIKES.