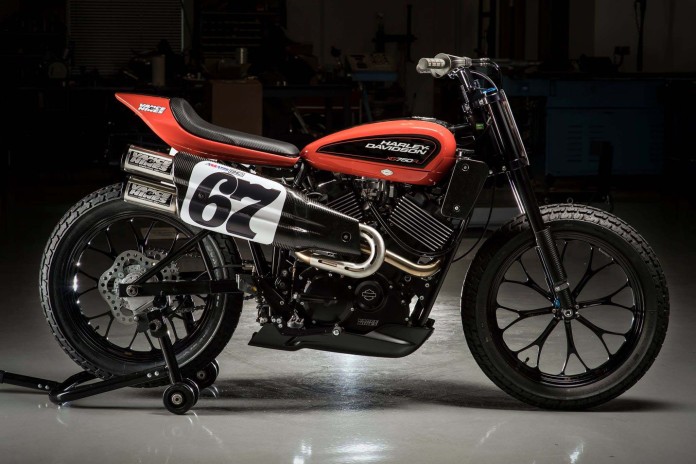 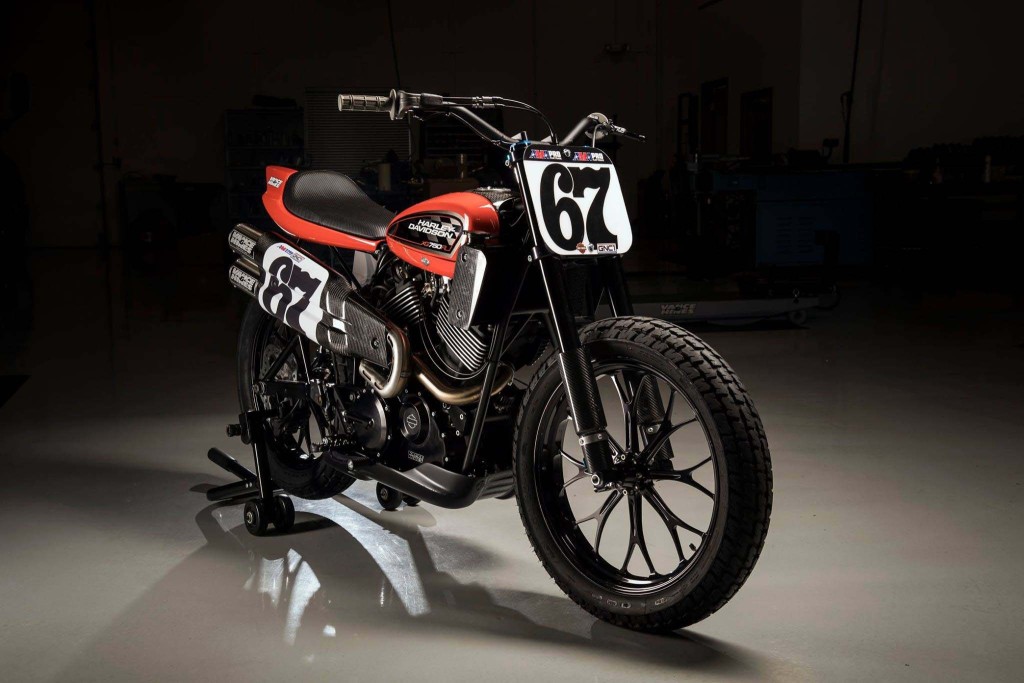 The famed bar-and-shield marque unveiled its first new flat track race bike in over four decades. Meet the Harley-Davidson XG750R that will be soon race its way around America’s dirt oval tracks.

Based off the Harley-Davidson Street 750 platform, the XG750R was built specifically to compete in the AMA Pro Flat Track Series. It will be fielded by the marque’s own Screamin’ Eagle factory racing team first. The XG750R stands as Harley-Davidson’s first new flat track race bike since its last, which is the highly successful XR750 that was last produced 44 year ago. 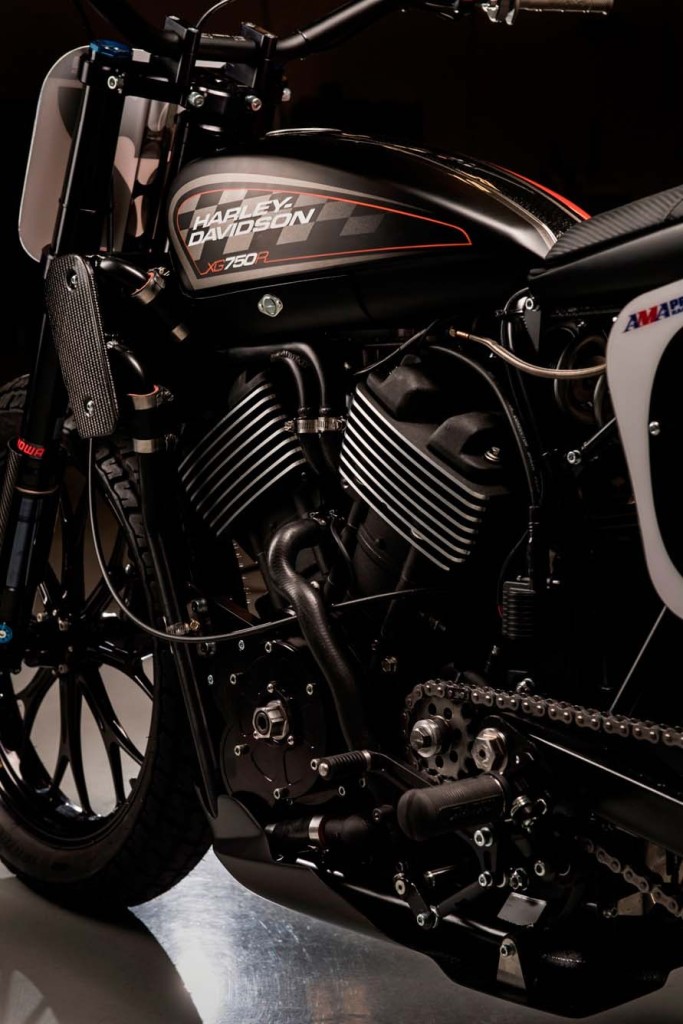 Powering the Harley-Davidson XG750R is a specially tuned version of the Street 750 model’s fuel-injected ‘Revolution X’ 750cc liquid-cooled V-twin engine prepared by the renowned Vance & Hines firm. Besides the set of visually appealing high-mounted performance exhausts, the specialist tuning firm also had a hand in developing the XG750R’s frame with Harley-Davidson.

Both Harley-Davidson and Vance & Hines didn’t reveal the XG750R’s power figures. But given the highly competitive nature of racing, the need for secrecy in this area is understandable. 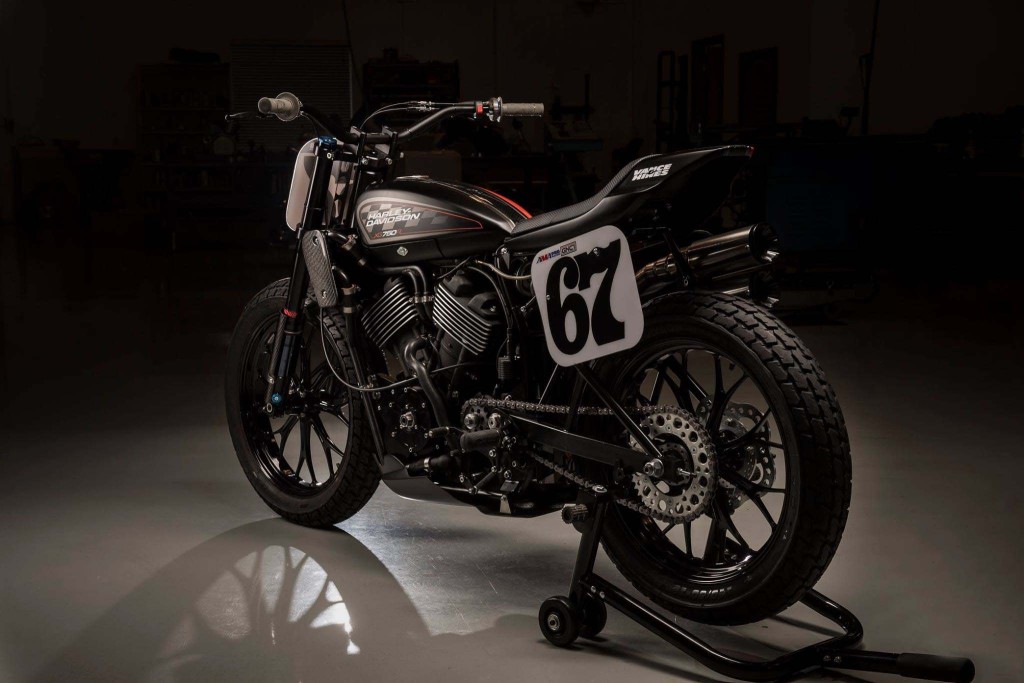 This being a purpose-built race bike, the Harley-Davidson XG750R makes do without much of the ‘unnecessary’ parts and creature comforts common in many of the American brand’s road bikes. This explains the XG750R’s absence of lights front and aft, its front brake rotor and caliper deleted, as well as the swap from a belt-drive to a more race-oriented chain and sprocket setup too.

Kris Schoonover, Harley-Davidson’s racing manager stated that the firm knew it was time to develop its next generation competitor to race in one of the best spectator racing sports today. He also added, “Vance & Hines has unlocked the potential Harley-Davison engineers designed into the Revolution X engine.”

Sadly, the Harley-Davidson XG750R remains exclusively built as a race machine, with the firm adding that it won’t be offered for sale ‘at this time’. However, it is easy to see that a road-going version of the flat-tracker holds massive commercial potential for the renowned American firm.