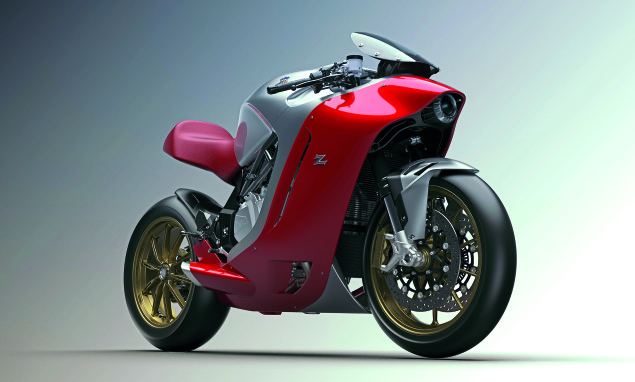 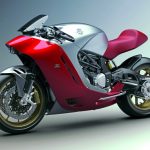 Last weekend, we brought you perhaps the first image of the much-hyped about MV agusta and Zagato collaboration called the MV Agusta F4Z. Now, we can confirm that these images are the real McCoy indeed.

MV Agusta surprised everyone by releasing these two computer generated (CG) images early via its official Twitter account. As previously reported, the MV Agusta F4Z is based off the Varese brand’s flagship F4 superbike and features a radical styling penned by Milan-based design firm Zagato.

As we’ve initially expected from the teasers, the design is indeed very polarising. This isn’t the usual sharp looks MV Agusta are known for, but the overall design is still very stunning nonetheless.

This likely being a one-off concept, we can expect the next generation MV Agusta superbike and supersport models to draw inspiration from this concept’s design. For now, we reckon the base F4 superbike’s 998cc in-line four-cylinder powerplant remains unchanged underneath this concept’s pretty metal skin.

We’ll know more once the bike officially debuts later this week. What are your thoughts on this radically polarizing looks of the MV Agusta F4Z? Has MV Agusta struck a design chord or should it stay to what it knows best? Let us know in the comment box on our official Facebook page.