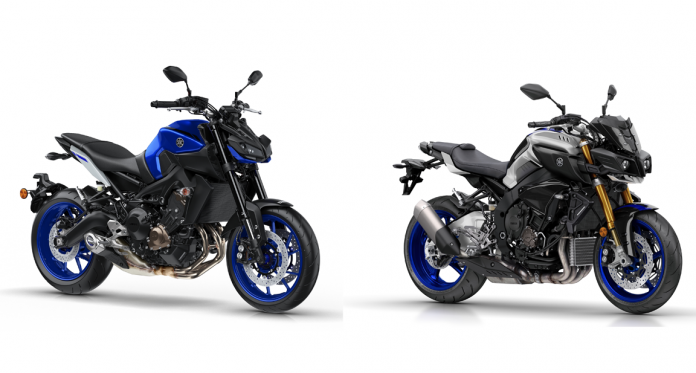 Yamaha bowed two notable 2017 models at the on-going INTERMOT 2016 show in Cologne, Germany. Those, along with the European debut of the Bolt-based Yamaha SCR950 Scrambler (Street Scrambler in EU) led the brand’s charge here.

2017 Yamaha MT-09 facelift
The acclaimed Yamaha MT-09 gets a facelift for 2017 featuring a new MT-10-inspired front fascia. Two LED bulbs light the twin headlamps supplemented with LED daytime running lights below them. The rear has been smartened up with a shorter new upswept sub-frame, plus a swingarm-mounted plate holder. 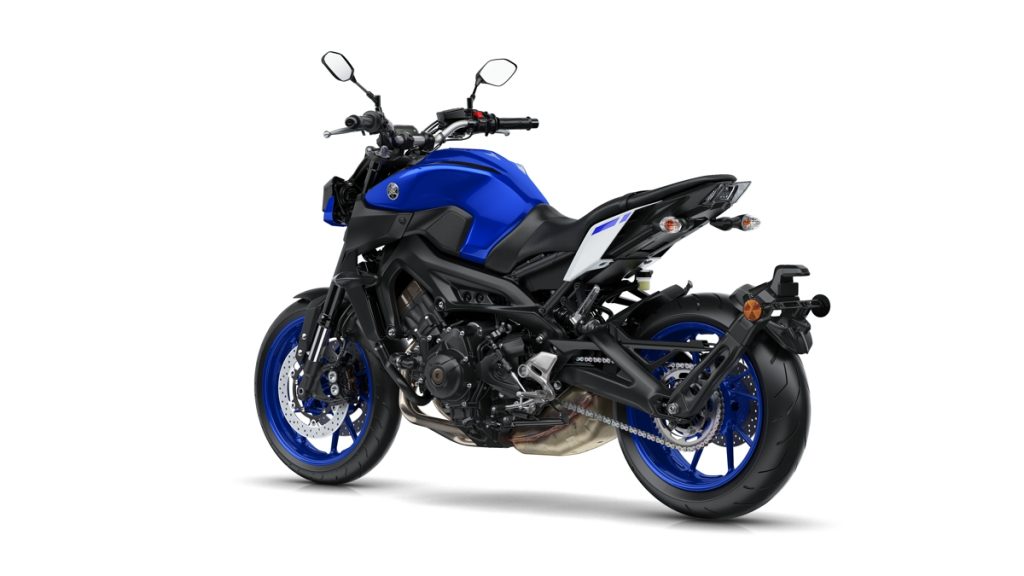 Other notable changes can be seen in the flatter seat that’s now 5mm higher as well, followed by the additional new side fins on the radiator and larger tank-mounted air scoops, not forgetting the restyled exhaust silencer assembly. 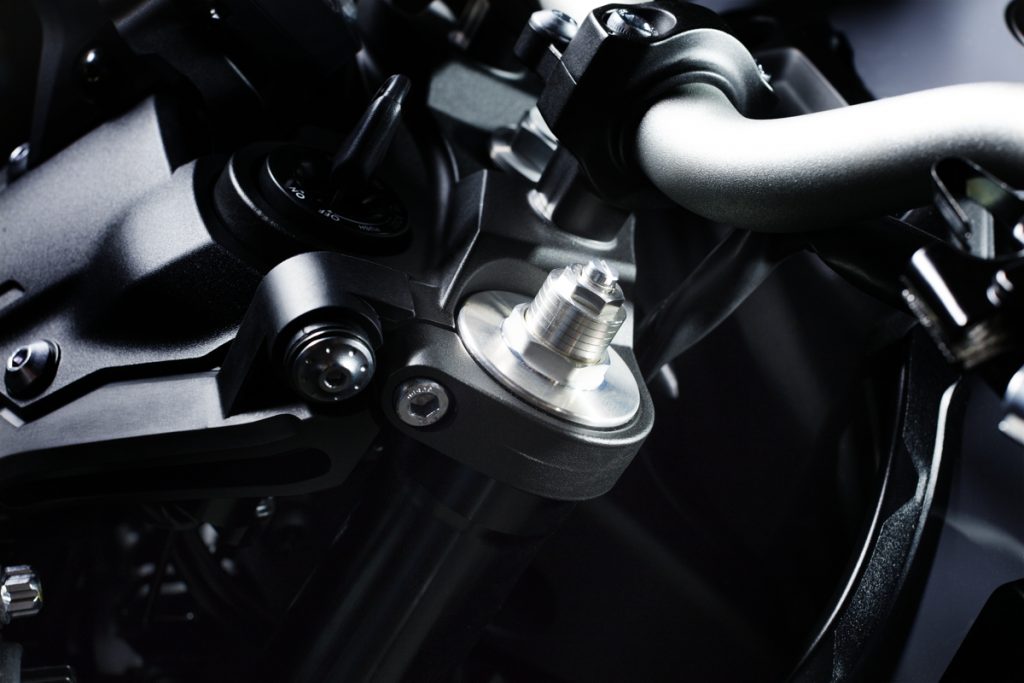 Hardware-wise, the 2017 Yamaha MT-10 gains with a slipper clutch to reduce back-torque plus a up-shift quick-shifter. The suzzies has been updated too with a compression damping adjuster added to the left fork tube. 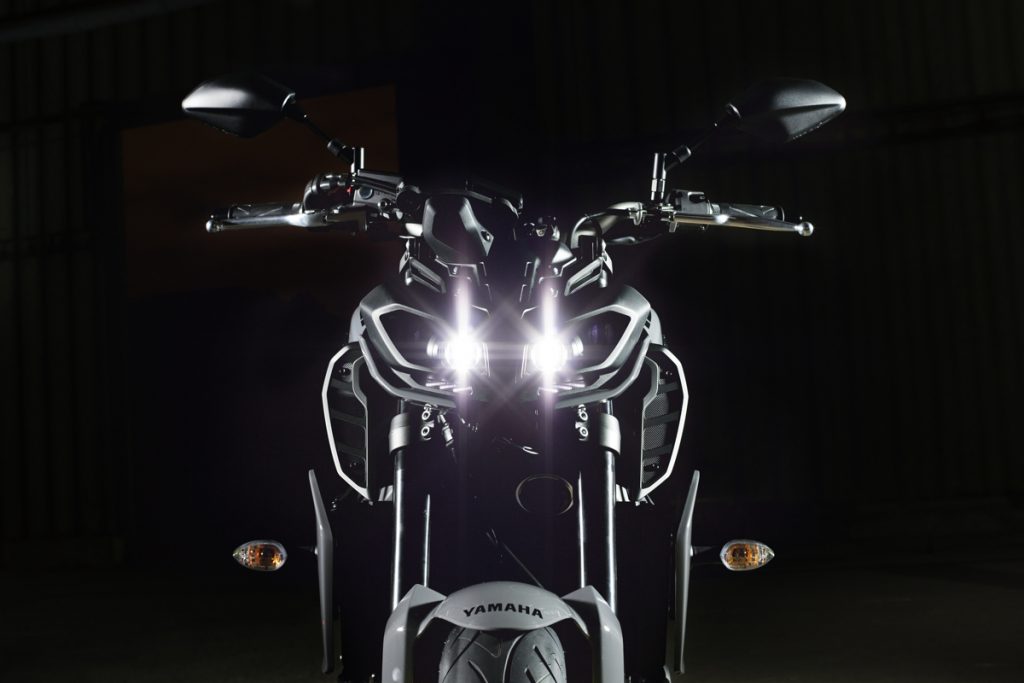 No changes were reported for the model’s signature 847cc triple-cylinder motor. But as it is Euro 4-compliant to begin with, there was little to no changes needed in fact – this is a very perky powerplant nonetheless. 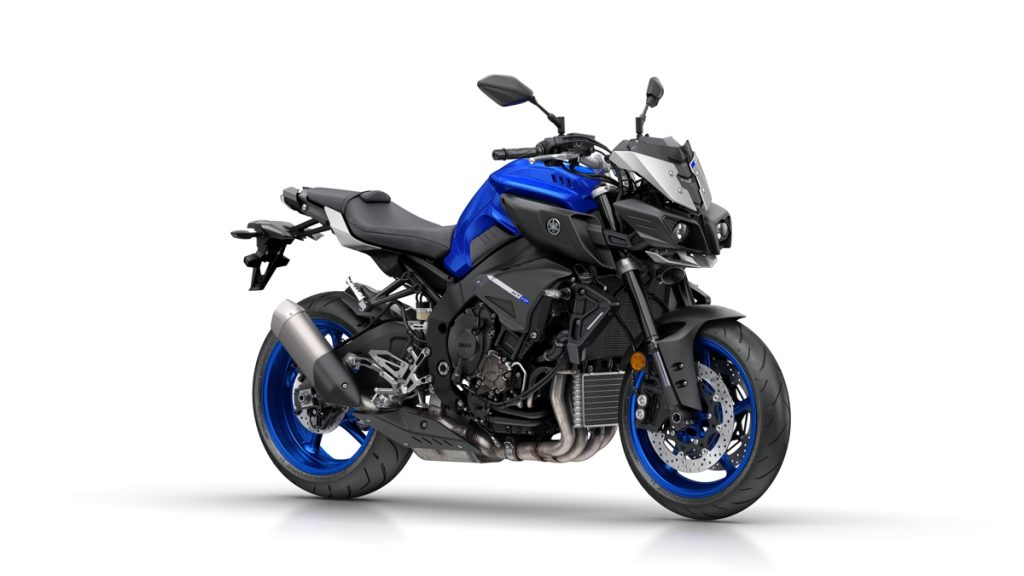 2017 Yamaha MT-10
The acclaimed and controversially styled Yamaha MT-10 gets updated for 2017 and gets a racier new MT-10 SP variant made available as well. The updated base model benefits with a quick-shifter and its engine mapping revised. 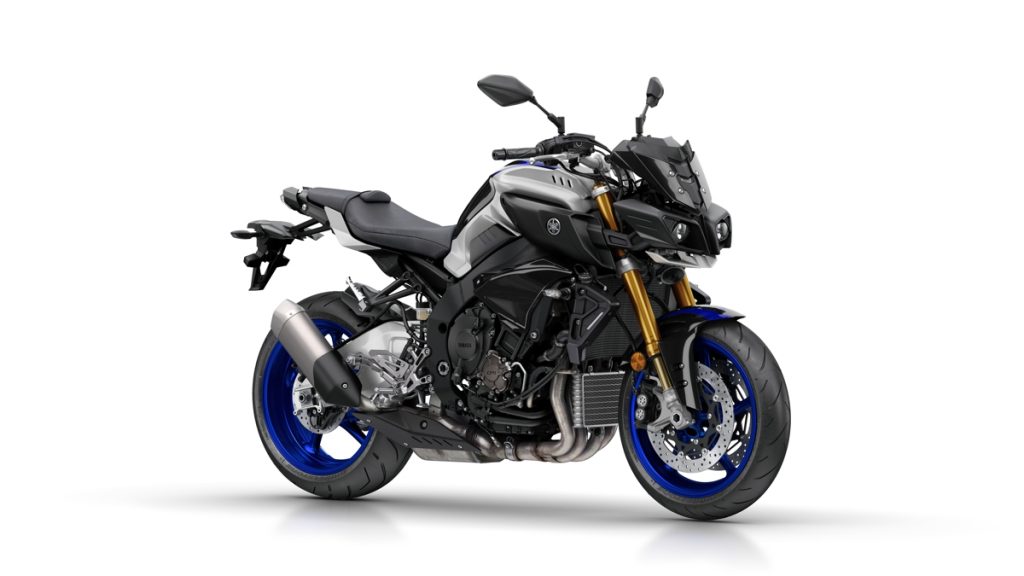 The racy new 2017 Yamaha MT-10 SP variant, on the other hand, sees the streetfighter benefitting with new toys derived from the full-faired Yamaha YZF-R1. New here is the Öhlins Electronic Racing Suspension suite plus a full-colour TFT digital instrument display lifted straight off the R1. 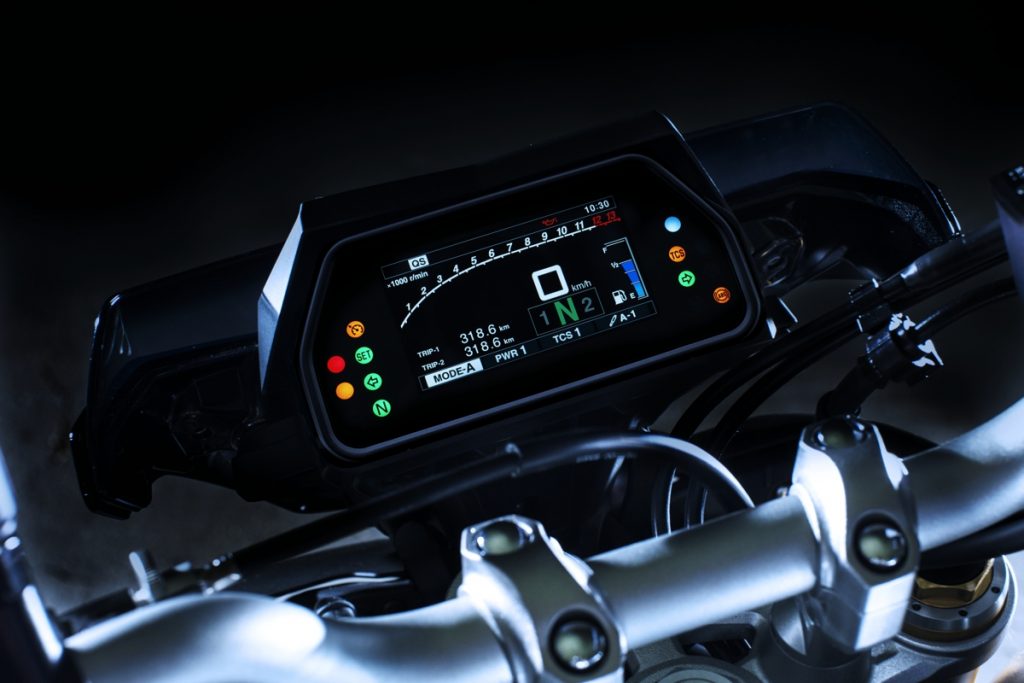 Changes are minimal elsewhere and no changes were reported too with this streetfighter’s 998cc in-line four-cylinder screamer – also derived from its full-faired R1 superbike sibling.