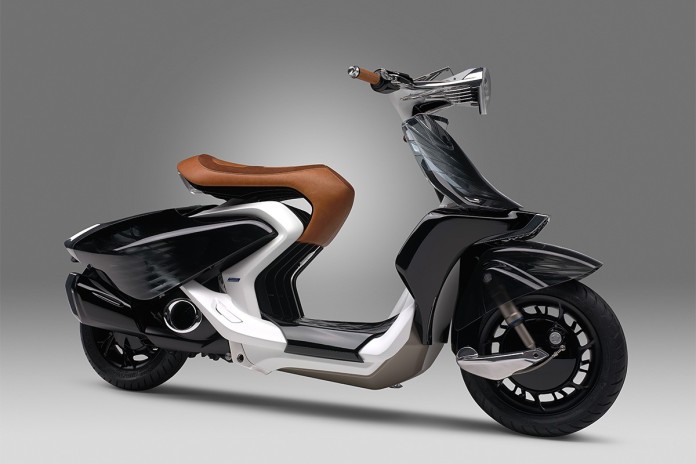 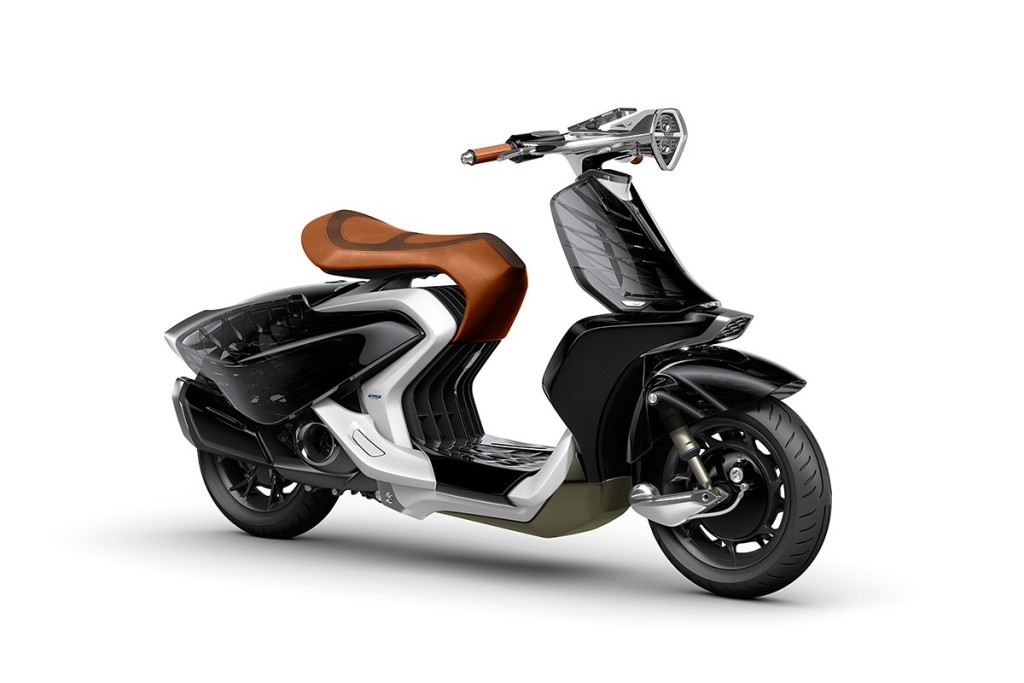 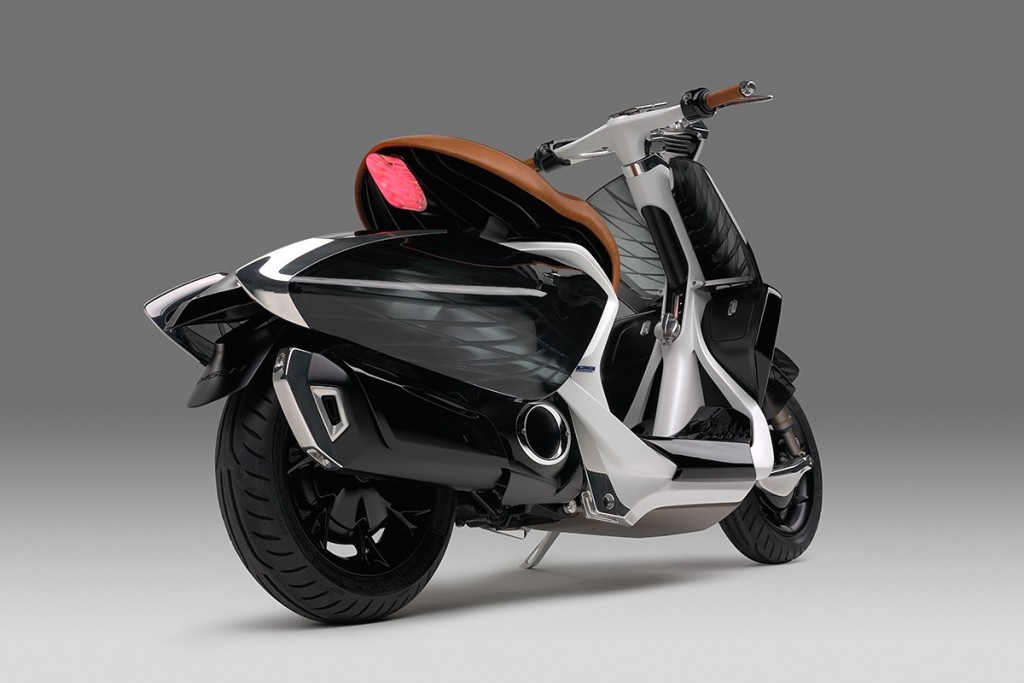 According to the Japanese manufacturer, the Yamaha 04GEN concept bike’s design was intended to “evoke the image of women with an air of dignified elegance and grace in mind and body.” Based on the previous Yamaha Refined Dynamism concept, this new offshoot also showcases the marque’s RUN idea, which is short for Revolutionary, Unique, Noble. 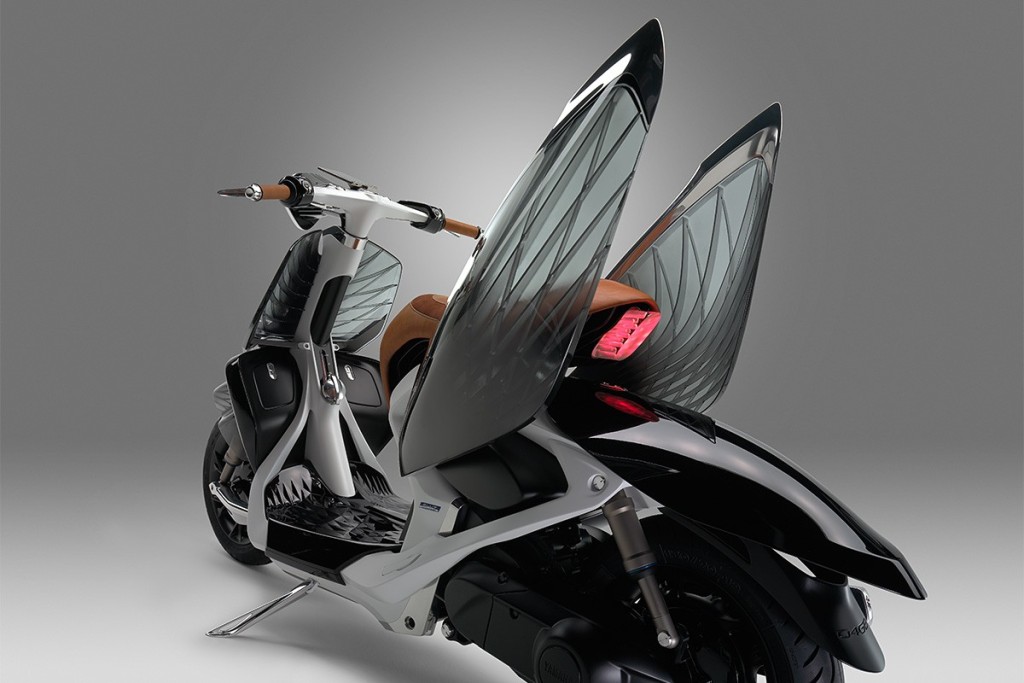 The concept features two semi-transparent panels covering the sides of the rear section that pivot upwards – similar perhaps to the signature scissor-door opening of certain sports cars. It is complemented by a series of tessellated nervures mimicking the outlooks of an insect’s wings. 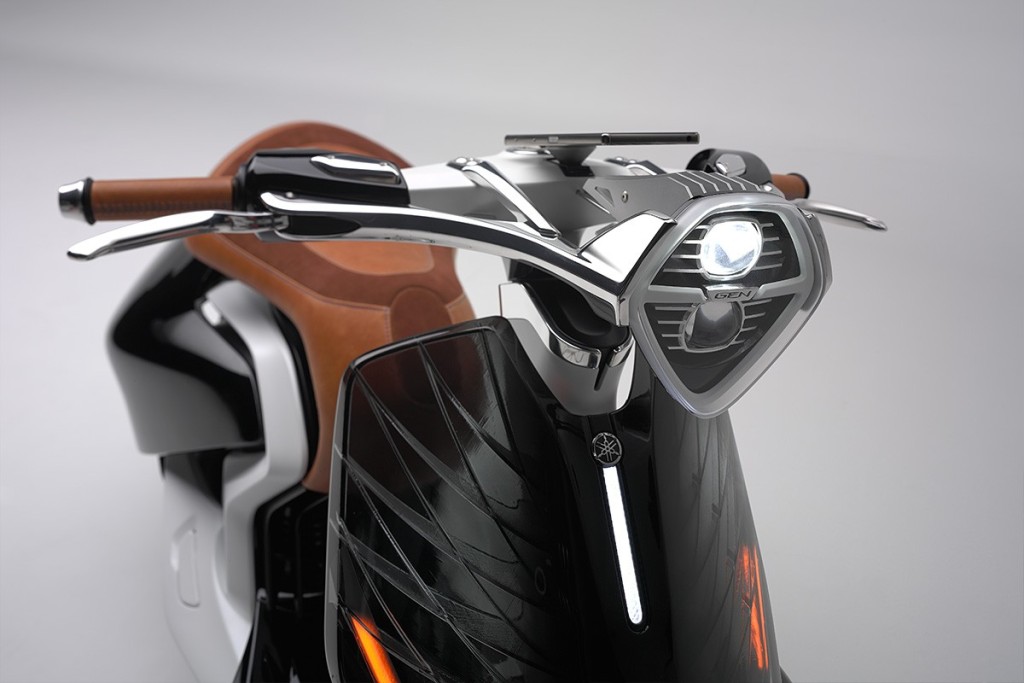 The same texture is replicated in this concept scooter’s for apron while the skeletal headlight and the design of the entire front end’s upper area further enhances this insect-inspired looks. Insect references aside, the Yamaha 04GEN concept does see Yamaha experimenting with Vespa-like design lines and DNA into the mix. 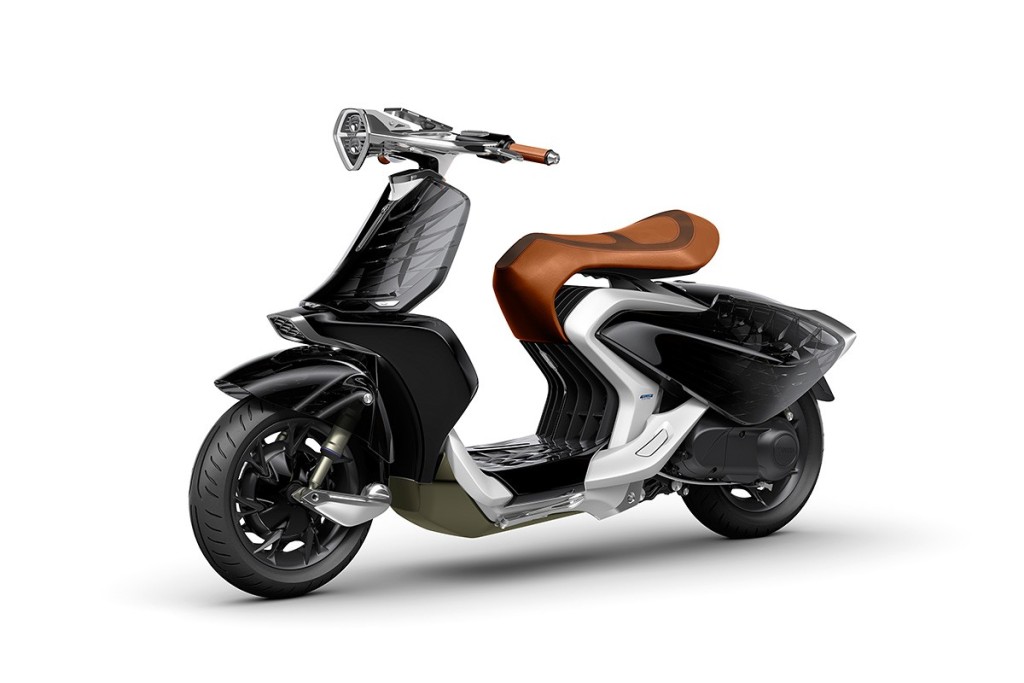 Interestingly, this concept features a dual shock-lever suspension combination up front that’s similar to ones built by BMW Motorrad. Perhaps it signals that Yamaha are planning something new in this area with this direction.