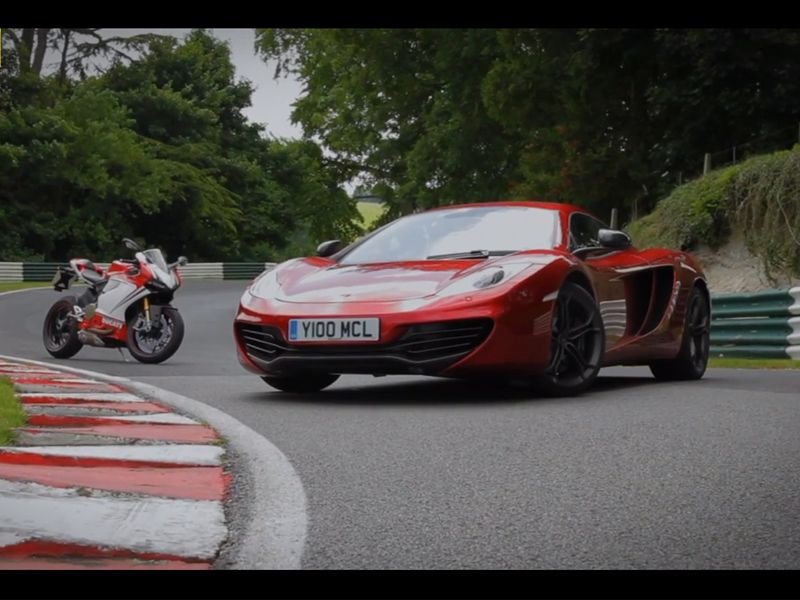 If the previous post did not entice you enough, here’s a video where we get to see the Ducati Panigale S pit itself against the formidable supercar known as the McLaren 12C.

This unique head-to-head battle between Superbike and Supercar was conducted by renowned British motoring magazine Autocar on the Cadwell Park racing circuit. As you can see in the video, it comes to no surprise as to why enthusiasts in the UK have nicknamed the circuit as the “Mini Nurburgring”.

The head-to-head bore some surprising results, but in short, the Panigale S won with a significant advantage over the McLaren. Prior to this video, Autocar have also pitted the Ducati 1098 against the Nissan GT-R on the same circuit, as well as a B-road shootout between a Caterham R500 and a Ducati Hypermotard, all of which we have posted below for your viewing pleasure.