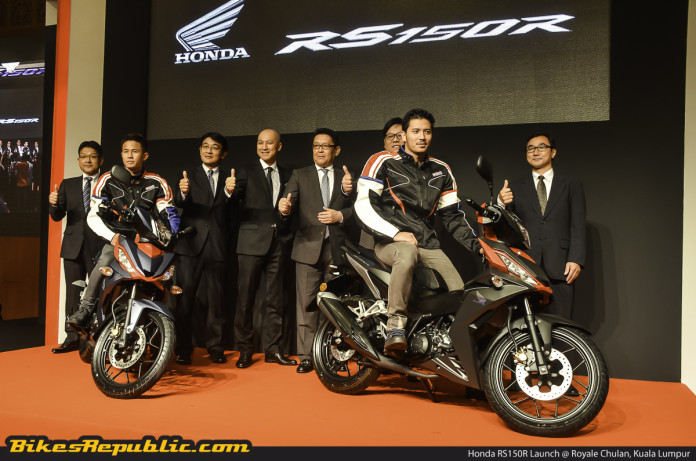 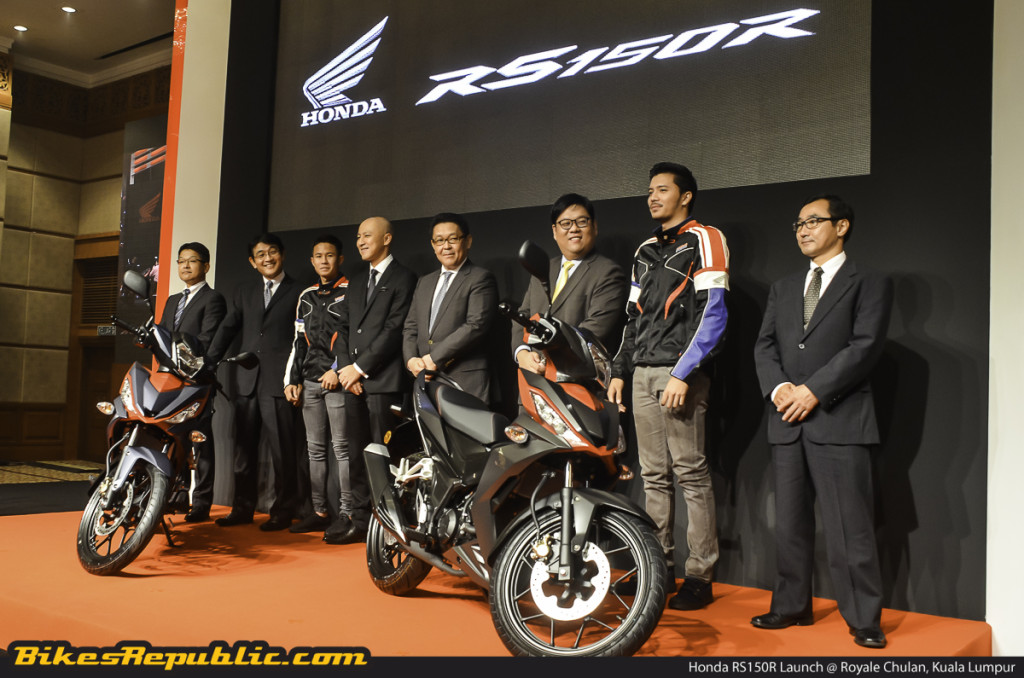 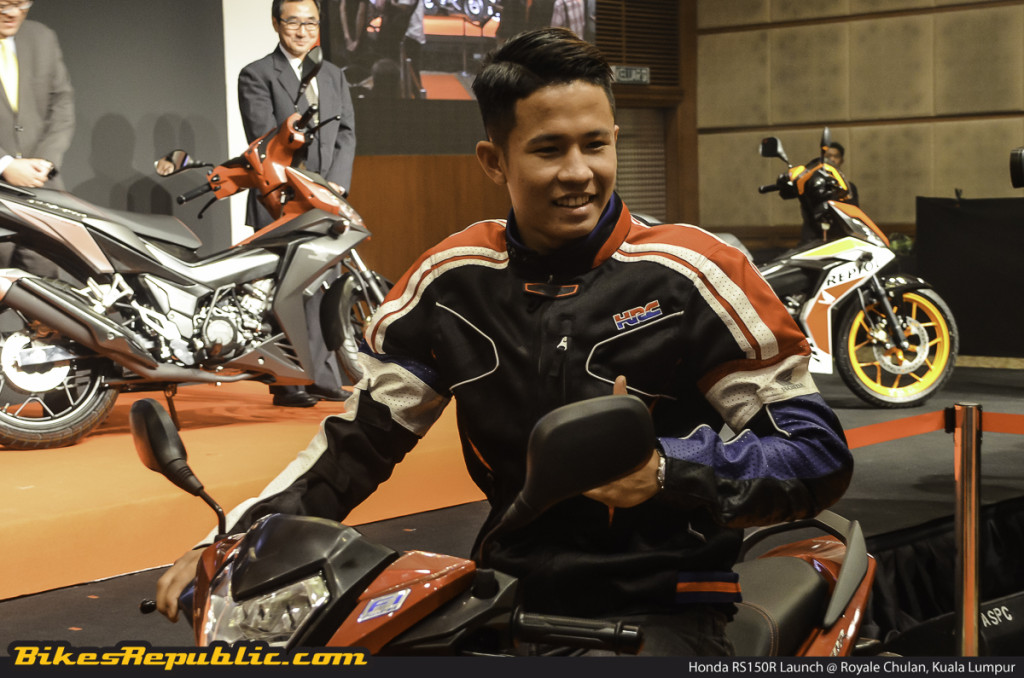 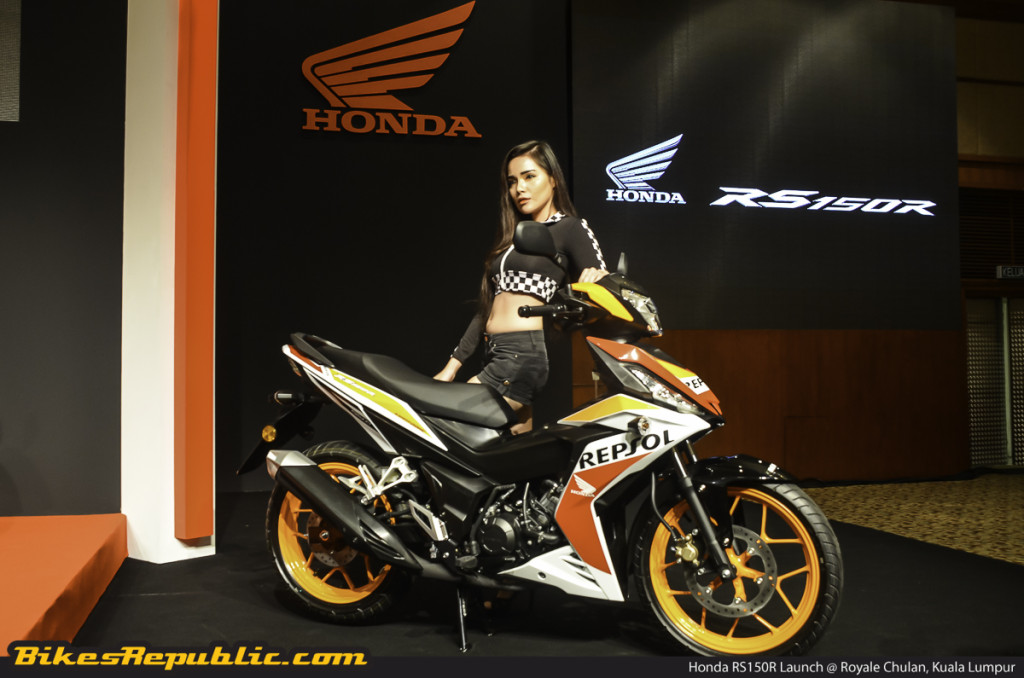 The introduction of the new Honda RS150R model is a landmark move for Boon Siew Honda as the model stands as its first ever sporty premium cub model. The firm is aiming to tap into new and younger buyer demographics with this sporty new model. 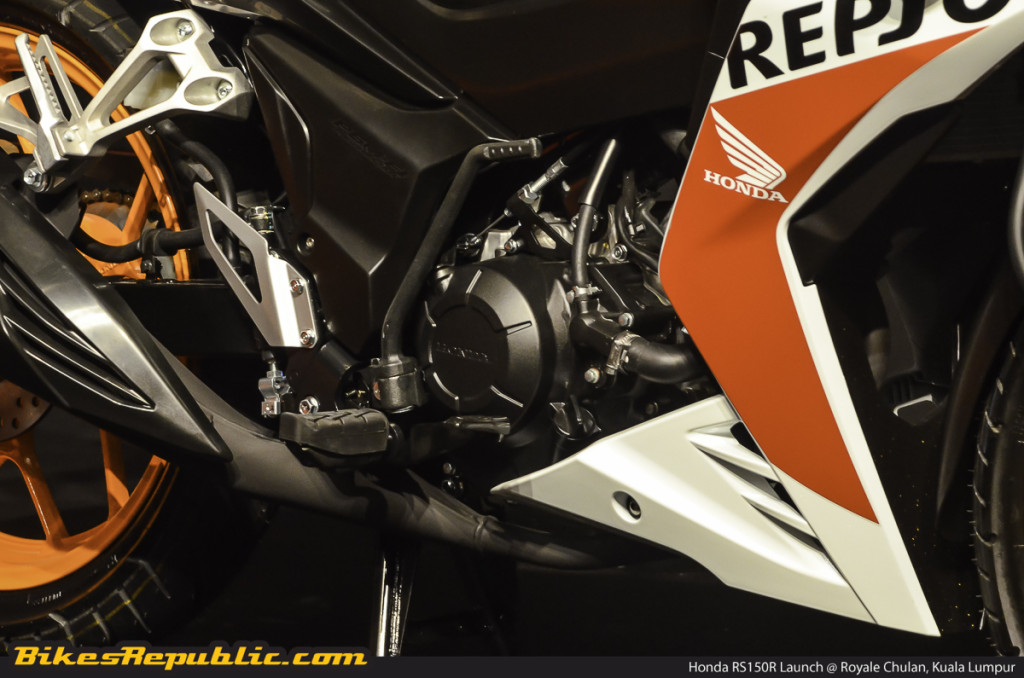 At the core of the RS150R is its new 149cc single-cylinder four-stroke engine that’s primed with dual overhead camshafts (DOHC), Honda’s PGM-FI electronic fuel injection module, as well as liquid cooling. With all that, the mill generously outputs 15.42hp at 9,000rpm and 13.5Nm of peak torque at 6,500rpm. 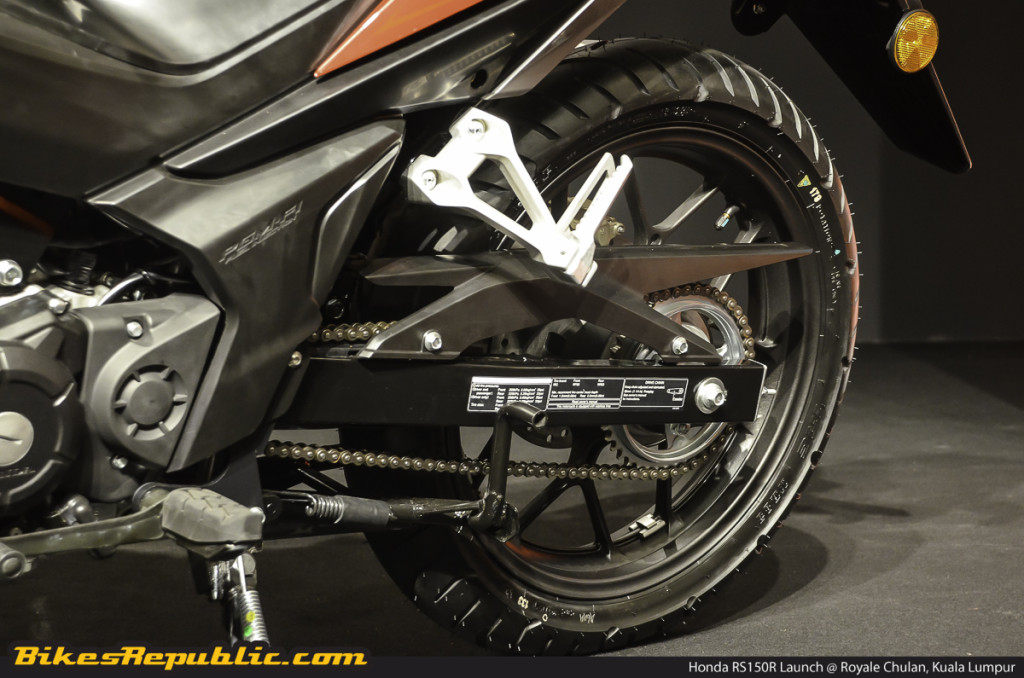 Paired with the mill is a manual six-speed constant mesh transmission that also features a wet multi-plate clutch unit. The powertrain is encased within a twin tube chassis frame that’s primed with telescopic front forks and rear monoshock suzzies, 17-inch wheels front and aft, as well as single-disc brakes all-round. 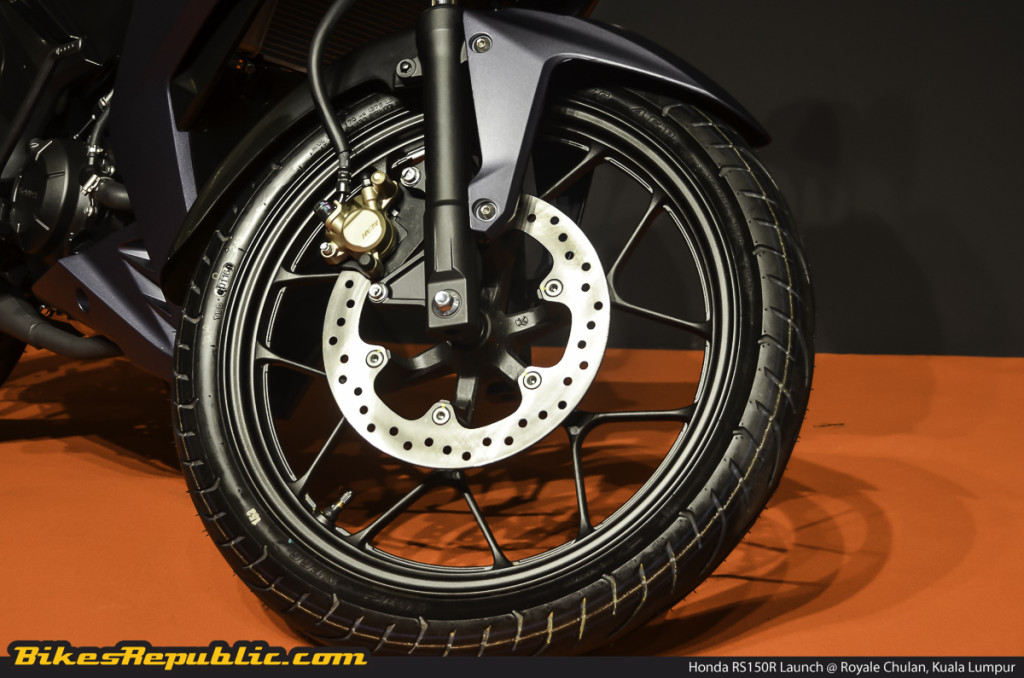 The sporty new moped boasts a claimed kerb weight of just 123kg and features a 4.5-litre fuel tank whilst its LED headlight unit complements its sharp and sporty overall design. The model can be had in two variants starting with a Standard base model followed by an Advanced premium variant that features both matte blue and matte black paint schemes. 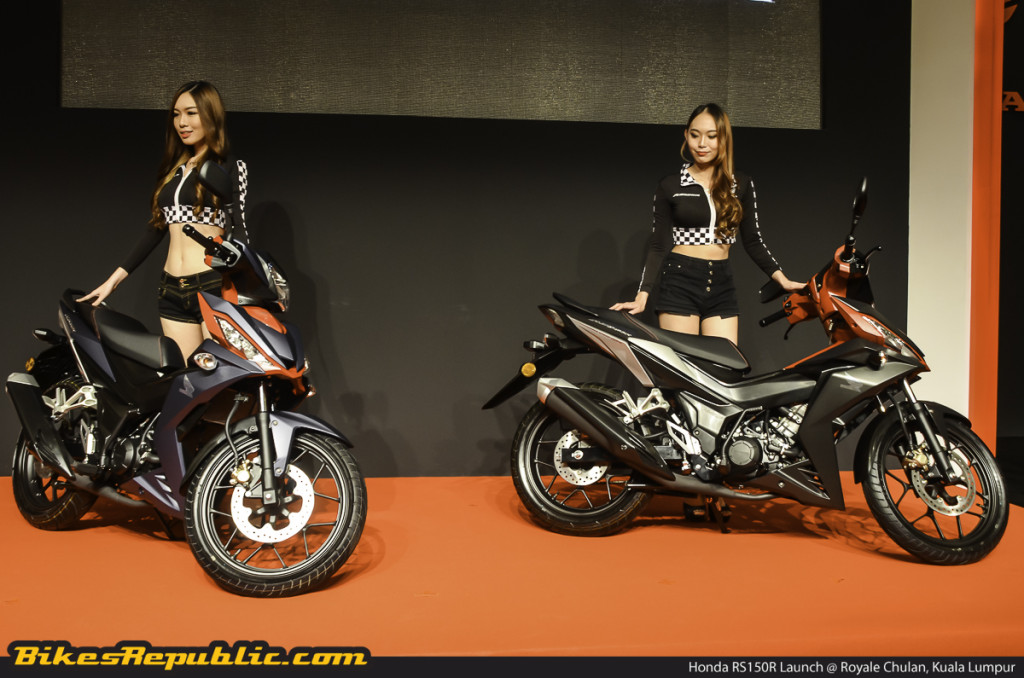 Boon Siew Honda has set a base starting price of RM8,213.94* for the Standard variant whilst the premium Advanced variant start from RM8,372.94 instead (*6% GST included). At said prices, the sporty new model sits at the very top of the Honda cub or moped model range above the Wave Alpha and Wave Dash stablemates. 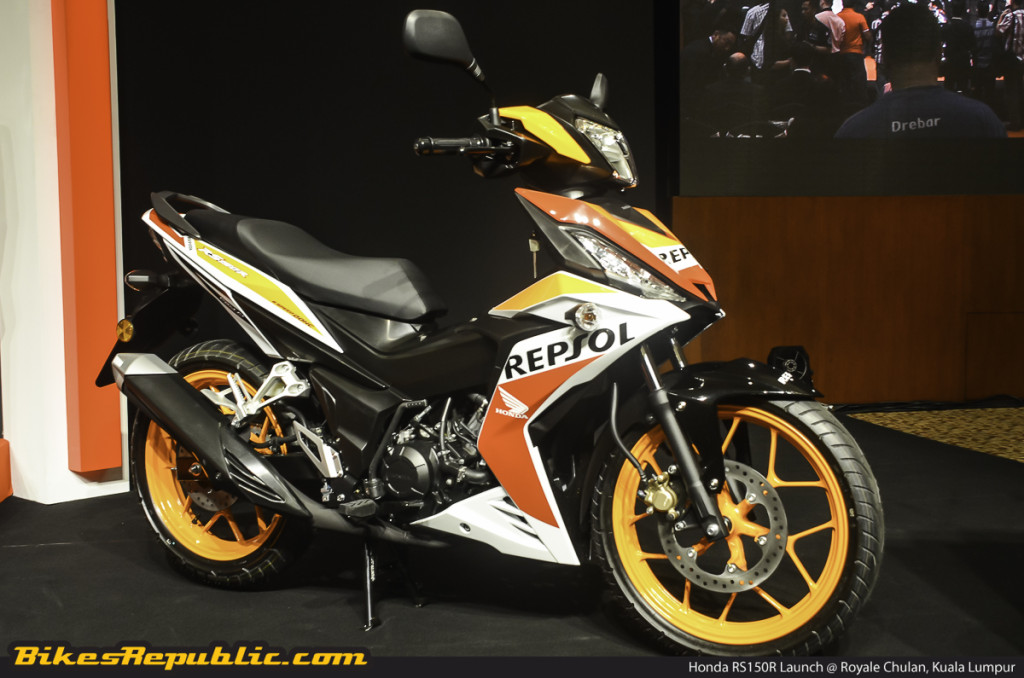 The new Honda RS150R will be available through authorised dealers nationwide starting from August and Boon Siew Honda aims to sell 24,000 units over the next 12 months. 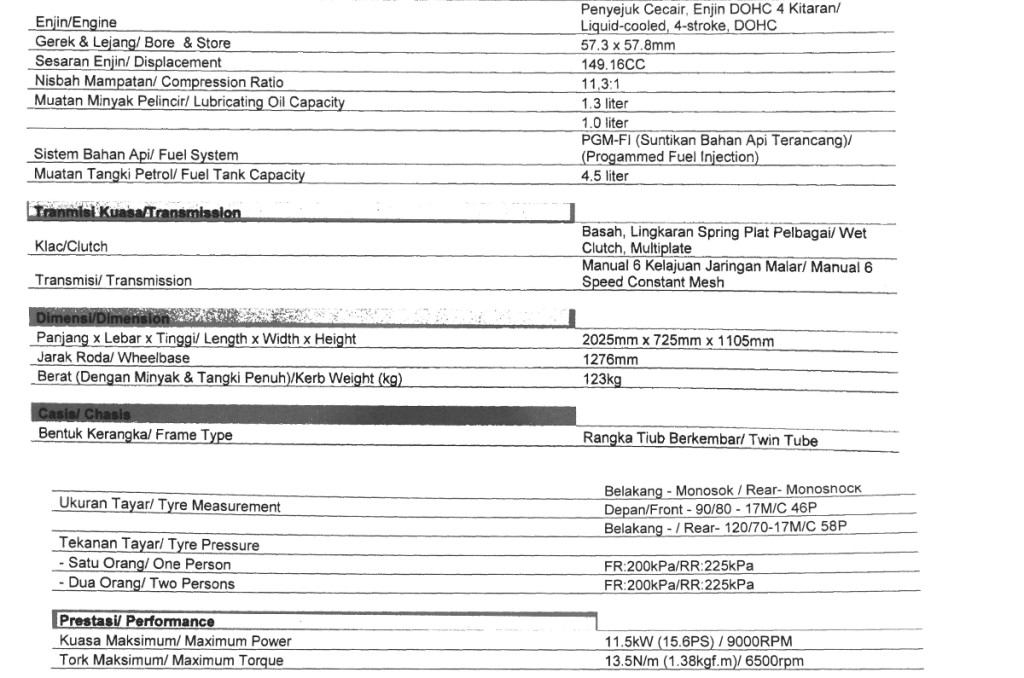 Check out more images from the launch in the gallery we’ve prepared below.