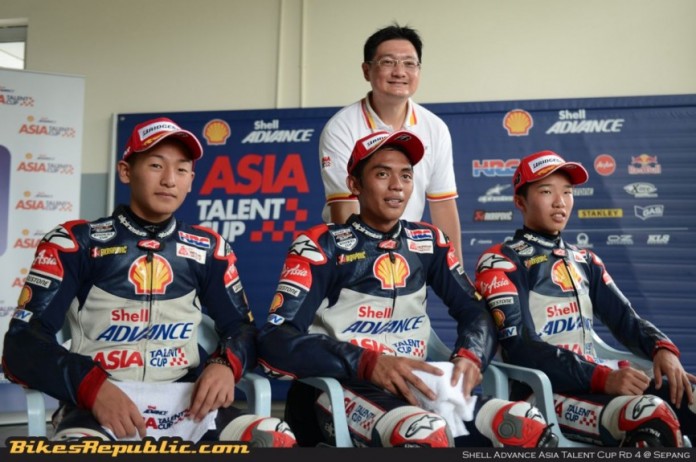 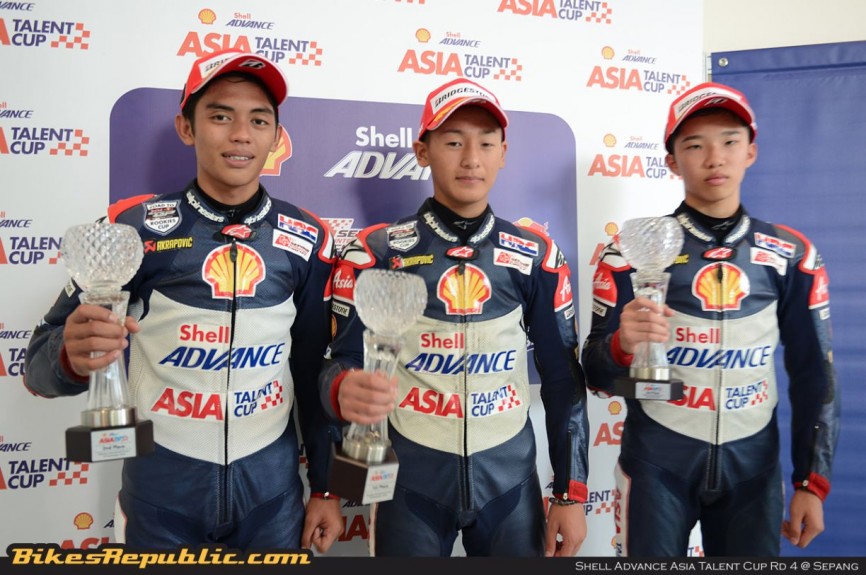 The wait is finally over as rider Shafiq Rasol finally became the first Malaysian rider to clinch a podium finish in the Shell Advance Asia Talent Cup. Making it a sweeter affair, Shafiq landed his first podium in the series on home grounds in the Sepang International Circuit. 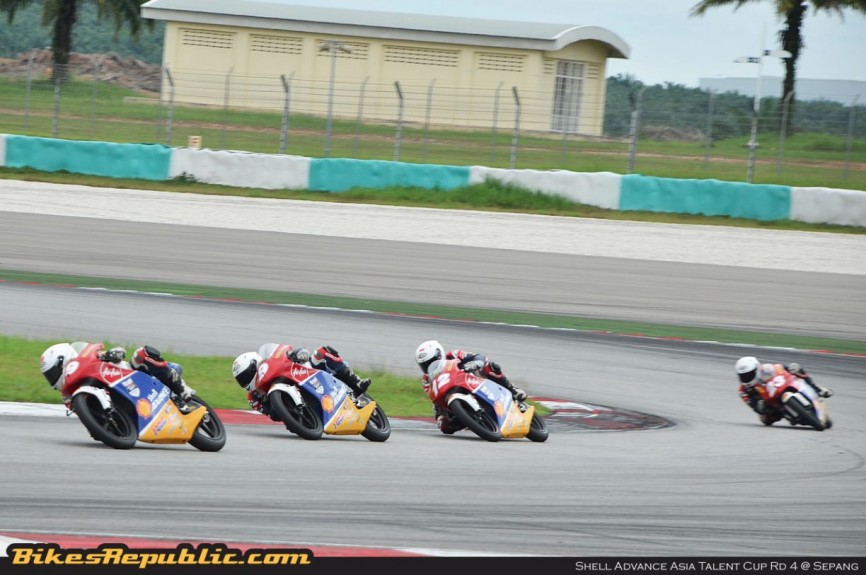 Winning the action-packed and dramatic race was Japanese rider Kaito Toba. His fellow countryman and championship leader Yuta Date, on the other hand, took third. 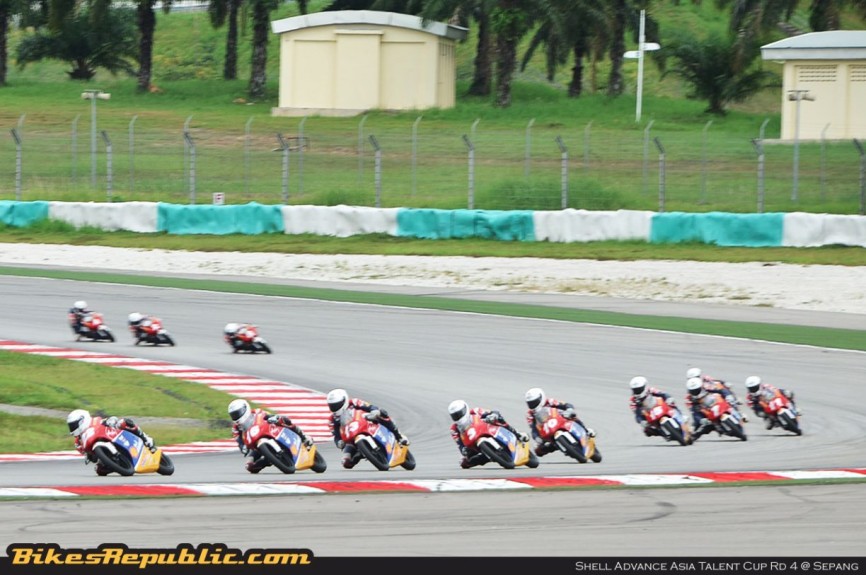 For Nakarin Atiratphuvapat, it was Indonesia all over again. Despite clocking in pole position earlier on, Nakarin crashed heavily early on in the race, taking out Ayumu Sasaki in the process as well. This then created a gap for the remaining riders to slug it out amongst each other.

Despite the strong challenges and little wiggle room, Malaysian rider Shafiq Rasol took advantage of the situation, storming into the lead pack after starting from 11th. From then on, Shafiq fought his way up into second, holding the position until the last lap to keep Yuta Date at bay in third. 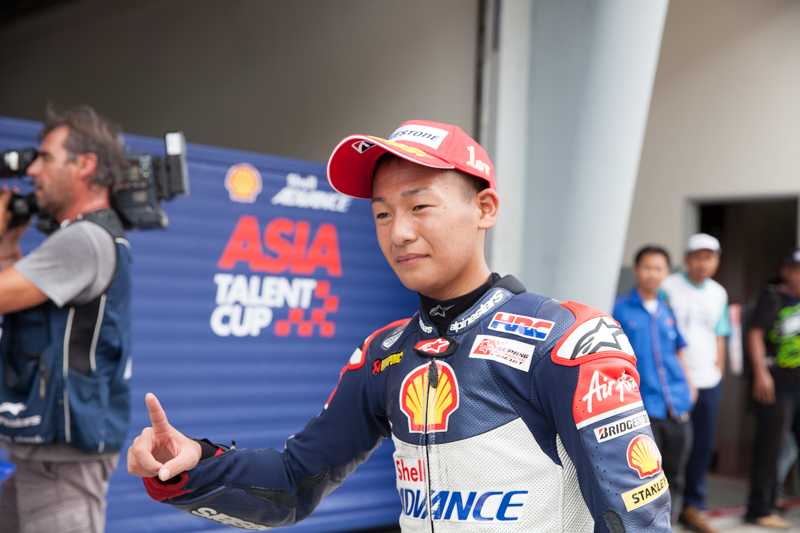 The biggest winner however was Kaito Toba. The first lap and first turn furball saw him taking advantage of the situation, and rightfully earned his spot in the lead despite starting in fourth on the second row. 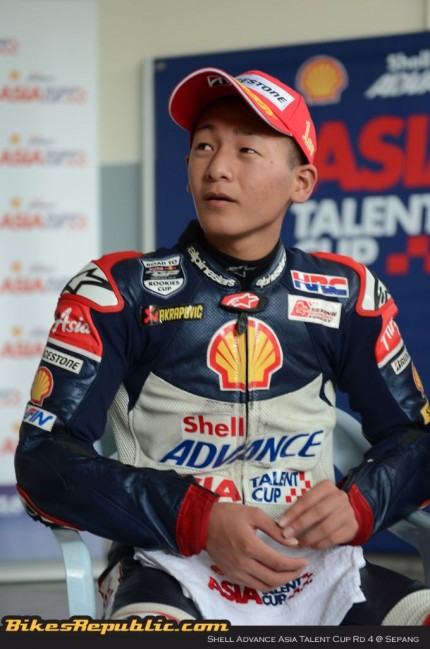 Toba shared, “For me, the most difficult point was the circuit back straight. Positioning here was crucial, and I kept this is my mind for my race strategy”. During the two-month break from the Shell Advance Asia Talent Cup, Toba also shared that he kept his fitness level up with alot of physical training, plus several stints racing in MiniGP and motocross. 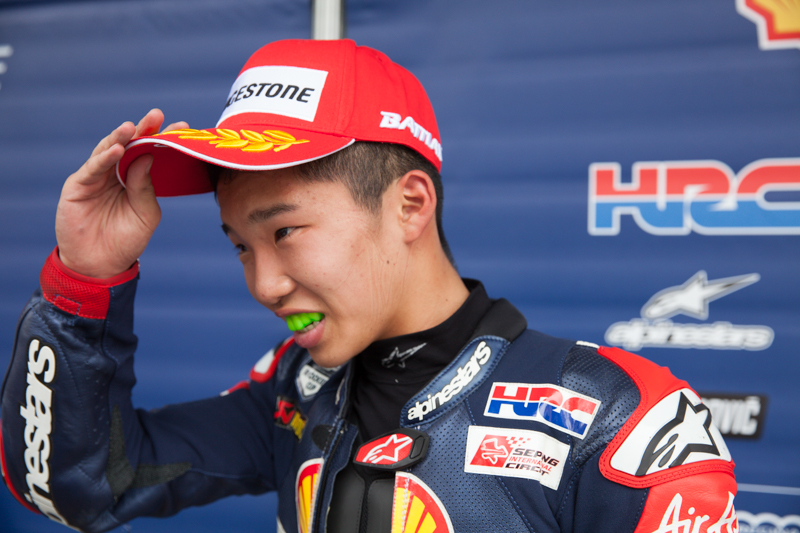 His counterpart Date, on the other hand, had zero riding time throughout the month of August. He aded, “I did have a few stints riding motocross and trial bikes at the end of June, but throughout August, I concentrated more in the gym.”

Perhaps the no riding month may have led to the difficulty faced by championship leader Date for leading into the weekend’s race. Despite having a go in Sepang during testing just a fortnight back, Date shared that he could only get the rhythm of the track after racing against the pack today. He added, “what were difficult for me were circuit’s parabolic turns. Only during the test’s mock race did I get to formulate a racing line properly.” 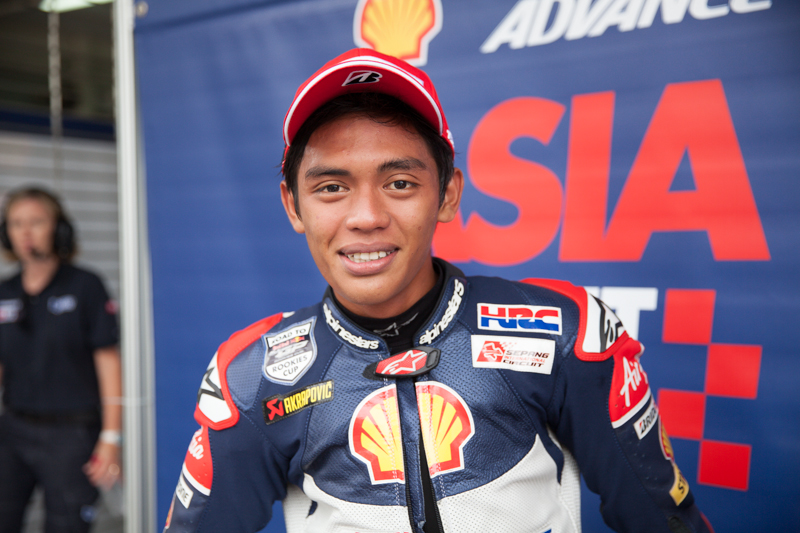 “I feel much more confident to take the fight against these guy (Toba, Date) in tomorrow’s race,” said the soft-spoken Shafiq Rasol following his podium finish. Rest assured, Shafiq’s feat in Race 1 has raised the benchmark higher for the Malaysian encampment in the series. 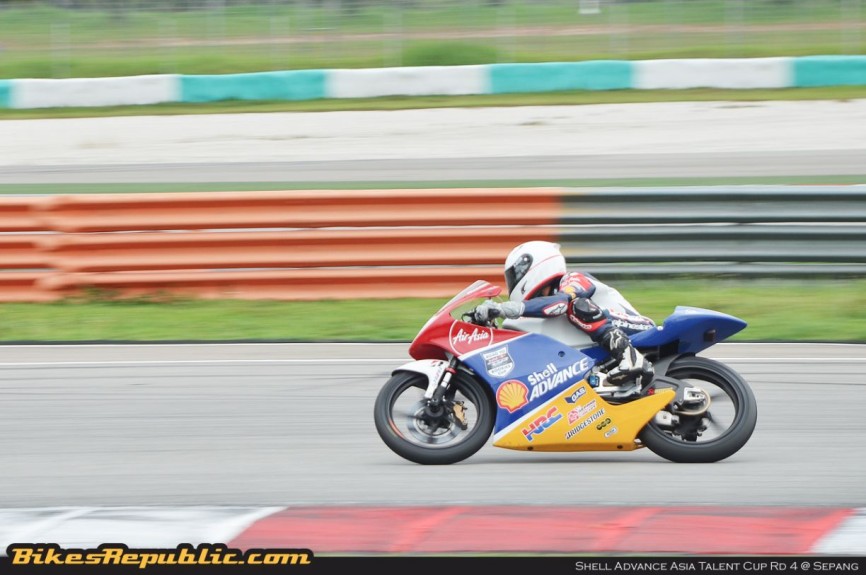 Race 2 will flag off tomorrow at 1:15pm. As the Shell Advance Asia Talent Cup runs alongside the Malaysian Super Series weekend, entrance is free, and members of the public are welcomed to spectate and support their favourite riders.

We will be covering tomorrow’s race as well, so check out this space for the latest results and updates. In the meantime, check out the extensive gallery below for more. Alternatively, you could also check out these images and more on the official BR Facebook page as well.