Highlights from the Friday practice sessions of the Shell Advance Asia Talent Cup 2015 Round 3 in the Sepang International Circuit, Malaysia. 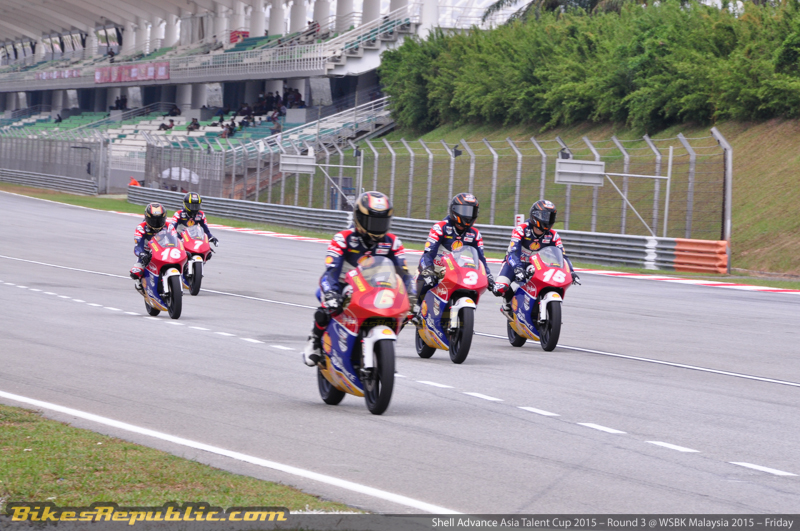 After a two-month long hiatus, the Shell Advance Asia Talent Cup 2015 season resumed for its third round this weekend in the Sepang International Circuit (SIC). This weekend, the cup is being held as a support event to the Malaysian round of the eni FIM World Superbike Championship (WSBK). 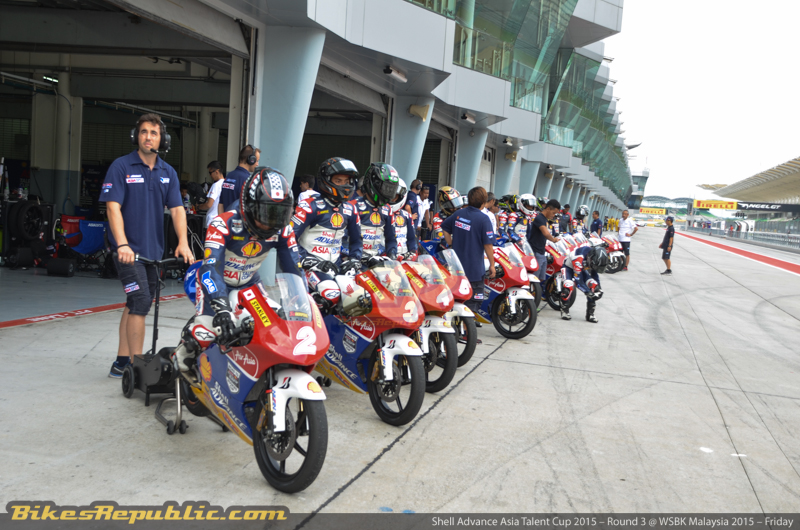 It may have been a long break, but this did little in hampering the spirits and drive within each of the cup’s riders present. Boosting things further are the presence of two Malaysian wildcard riders, elevating Team Malaysia’s presence on home ground even further. Only one rider, Thailand’s Somkiat Chantra is absent as he is facing a three-month break ordered by doctors due to an injury. 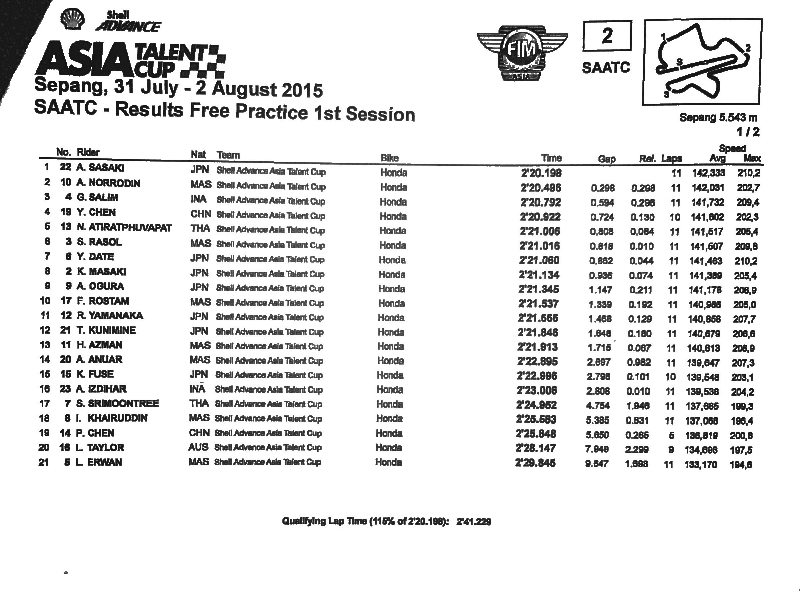 The weather in Sepang has been tricky all day with mid afternoon showers and overcast cloud covers. Nevertheless, the Asia Talent Cup riders’ pace is undoubtedly on point as proven by lead Japanese rider Ayumu Sasaki in the morning’s first free practice session. Sasaki dominated the morning session with his fastest time of 2:20.198. 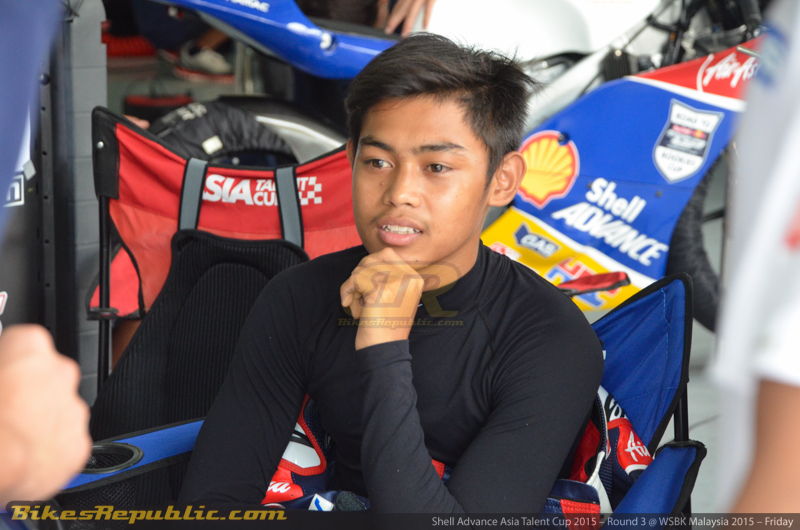 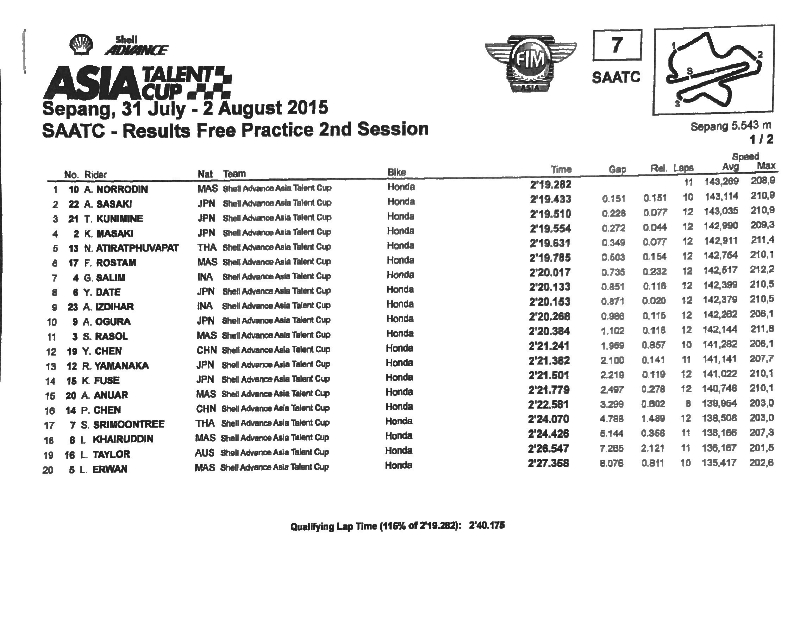 The tables turned in the second free practice session held in the late afternoon with Adam Norrodin topping the time sheet. Improving on his laptime from the morning’s session, Adam clocked in the second session’s fastest time at 2:19.282. 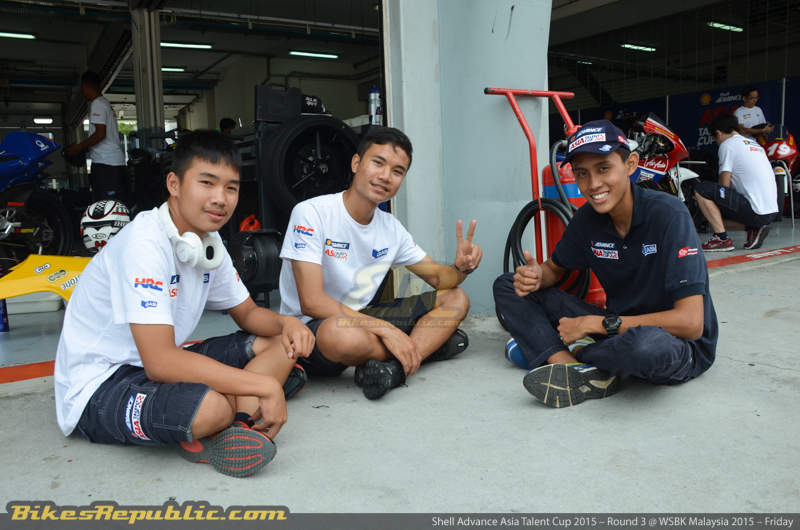 Also improving on his time was Sasaki, but his fastest laptime of 2:19.433 sees him ranked as the session’s second fastest – just 0.151 seconds off Adam’s time. Sasaki’s fellow countryman Takuma Kunimine,on the other hand, made one of the biggest improvements so far by being the third fastest rider in the second session after clocking in his fastest time of 2:10.510. In contrast, Kunimine only managed to rank 12th fastest during the morning session. 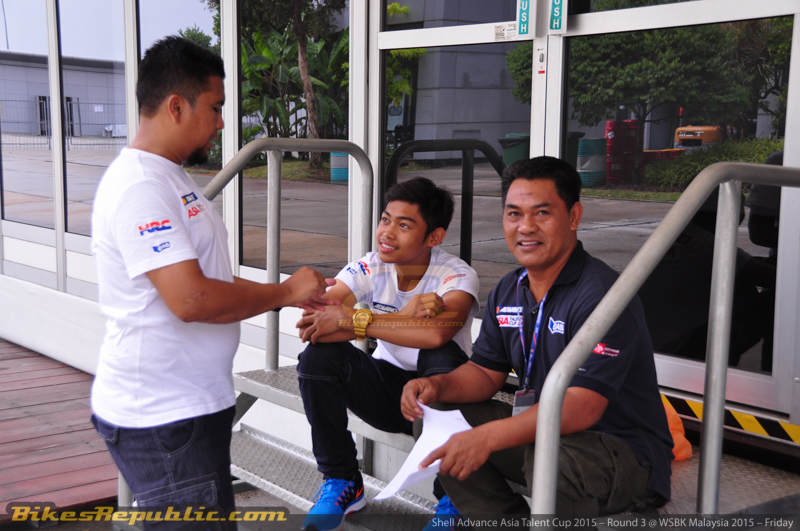 As the day concludes, things look promising for Adam Norrodin ahead of tomorrow’s qualifying session. Qualifying for the Shell Advance Asia Talent Cup will take place early tomorrow morning at 9:00am.

Check out the gallery below as well as the official BikesRepublic.com Facebook page to see more photos from the Friday Free Practice sessions.