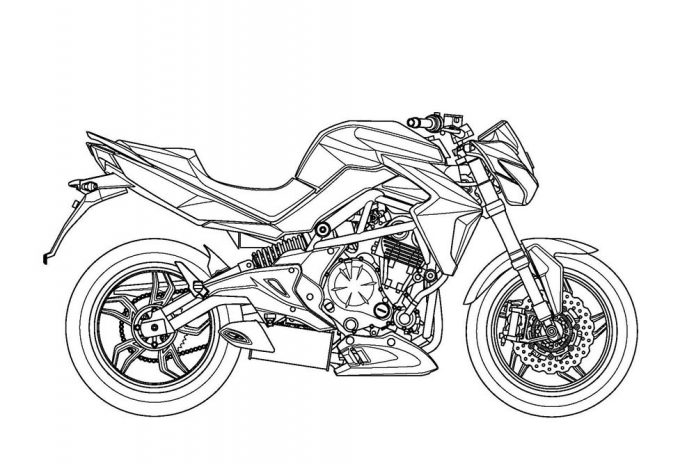 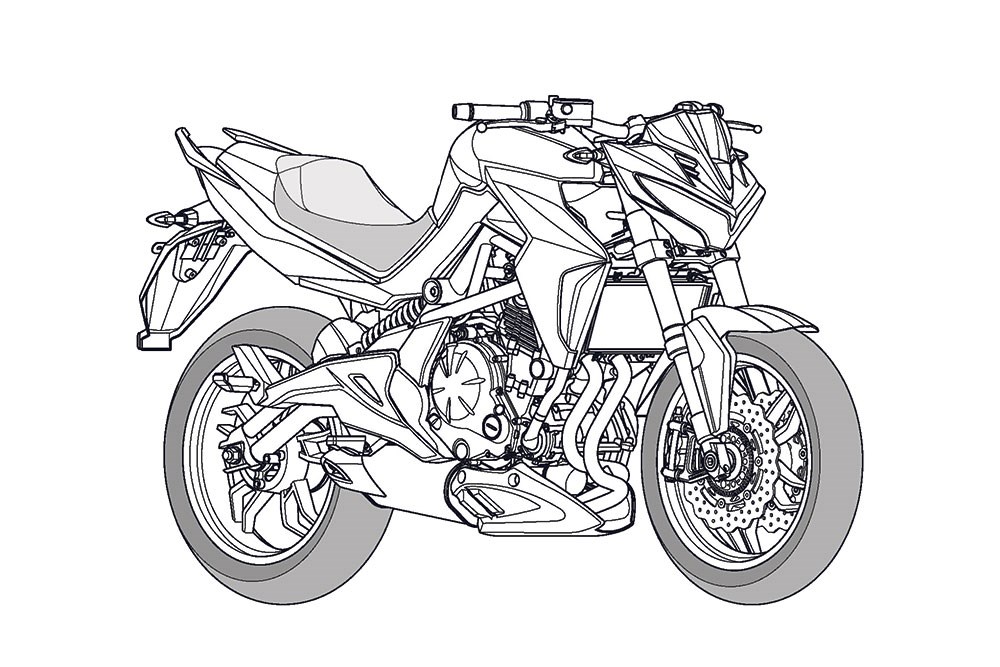 Patents have emerged online detailing what is believed to be a new Kawasaki Er-6n-based Kymco naked bike model destined for launch sometime soon. The drawings were filed in Europe suggesting a possible debut very soon.

This is something long expected out of the initial collaboration the Japanese brand has with the Taiwanese brand. The previous fruit of this partnership were the Kawasaki J125 and Kawasaki J300 scooter models that are based heavily off Kymco’s Downtown 125i and 300i models.

In return, Kymco will use the Kawasaki ER-6n platform as the basis of its first proper large capacity model. The leaked patent shows that the base ER-6n’s chassis construction remains, but it does gain with a more advanced inverted front fork setup with radially mounted four-piston brake calipers.

The 649cc parallel-twin engine and exhaust appears completely unchanged from the base bike’s design. This will ensure this upcoming new Kymco-badged naked middleweight meets with emissions laws easily as how its base bike does.

To refresh your memory, the current Kawasaki ER-6n model develops roughly 71hp @ 8,500rpm and peak torque of 64Nm @ 7,000rpm. Expect the Kymco-badged offshoot to have the same headlining figures too.

For Kawasaki, the Kymco-based J125 and J300 models have allowed it to tap into a new market segment and capture new audiences. The same result is expected when Kymco releases its new Kawasaki ER-6n-based naked bike.