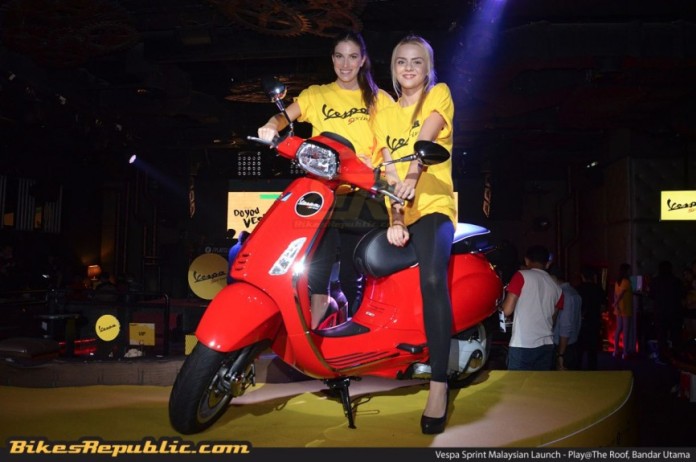 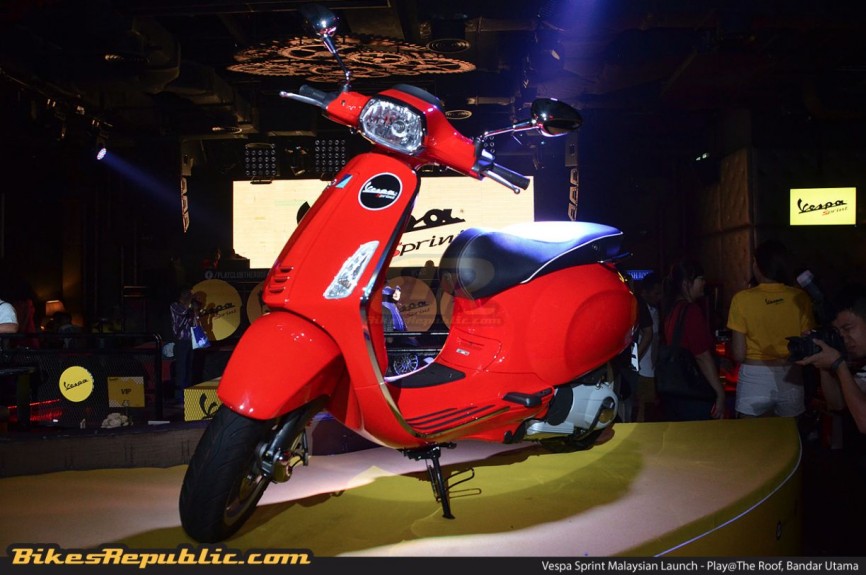 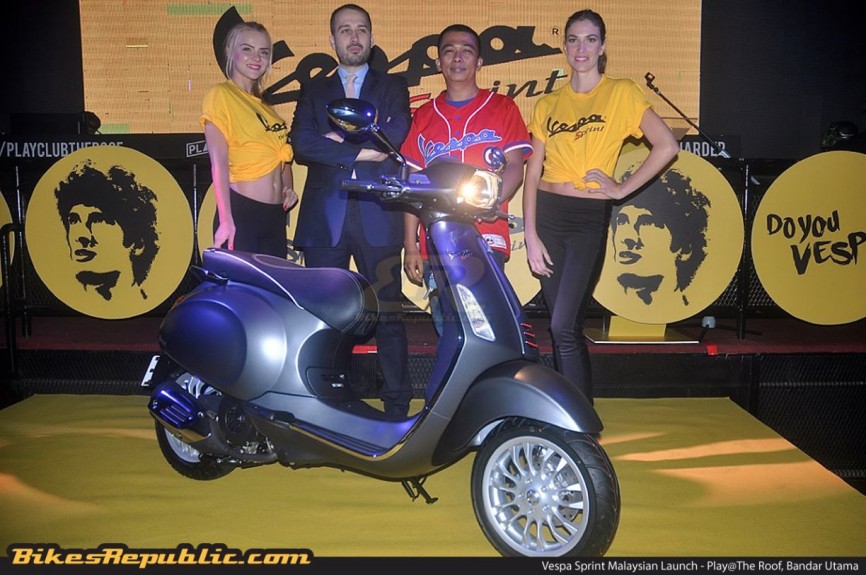 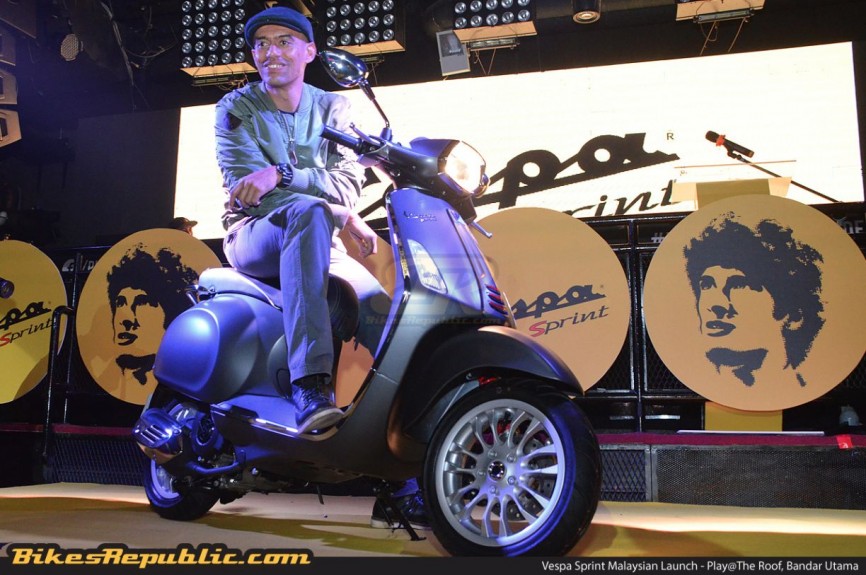 The spiritual successor to the Vespa S, the Vespa Sprint launched today marks the return of the brand’s legendary ‘Vespino’ generation of sporty Vespas from the 60s and 70s era. 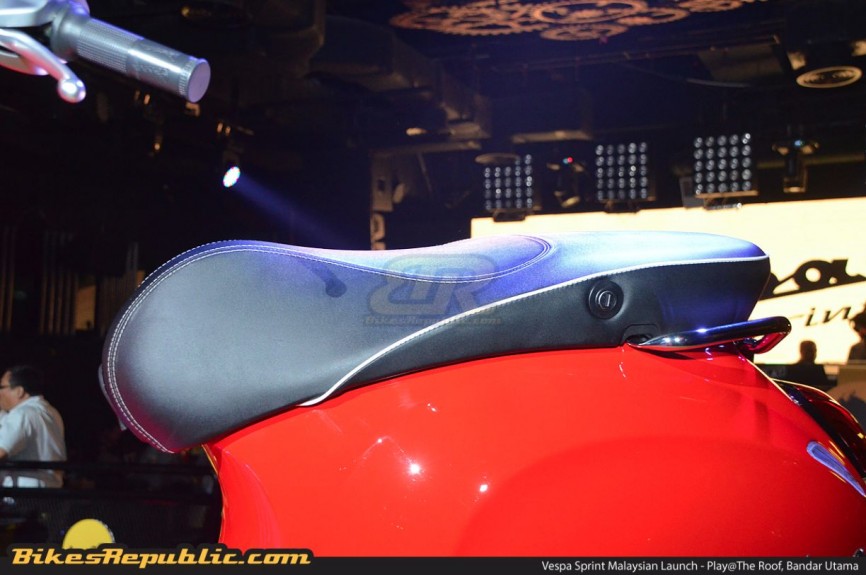 Setting it apart from its siblings, the Vespa Sprint features a sportier saddle design that is accentuated by a black cover with a white line finish, matched by the adoption of a square headlamp design as well. Refining its stance are modern touches, namely the LED daytime running lights, plus the multi-function digital instrument panel, as a set of redesigned 12-inch aluminium alloy wheels. 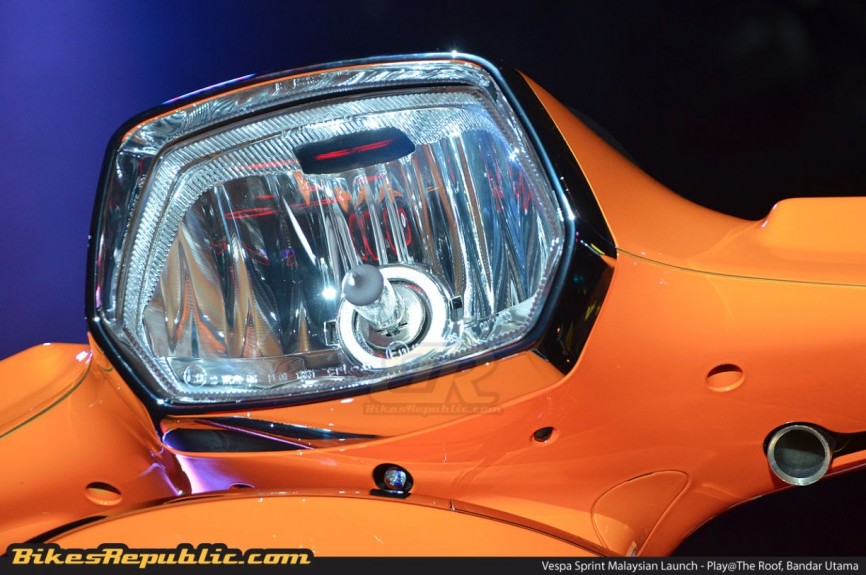 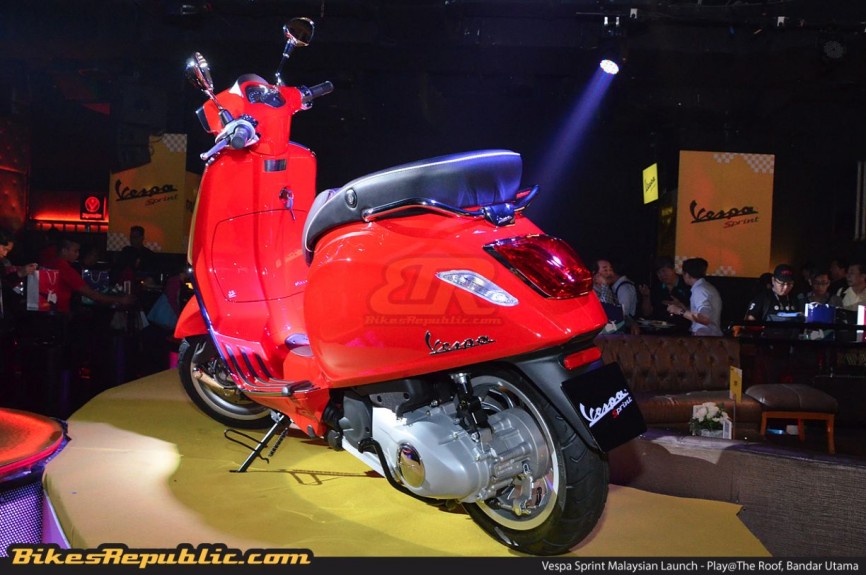 The brand claims that the mill grants the Vespa with exceptional frugality, capable of travelling up to 64km per litre of fuel when travelling at an average speed of 50km/h.

All this is encased in a redesigned frame with the battery now moved into the central tunnel of the footrest. As a result, the under-seat compartment has been enlarged up to 16.6 litres as well, granting the Vespa Sprint with added practicality into its overall package. 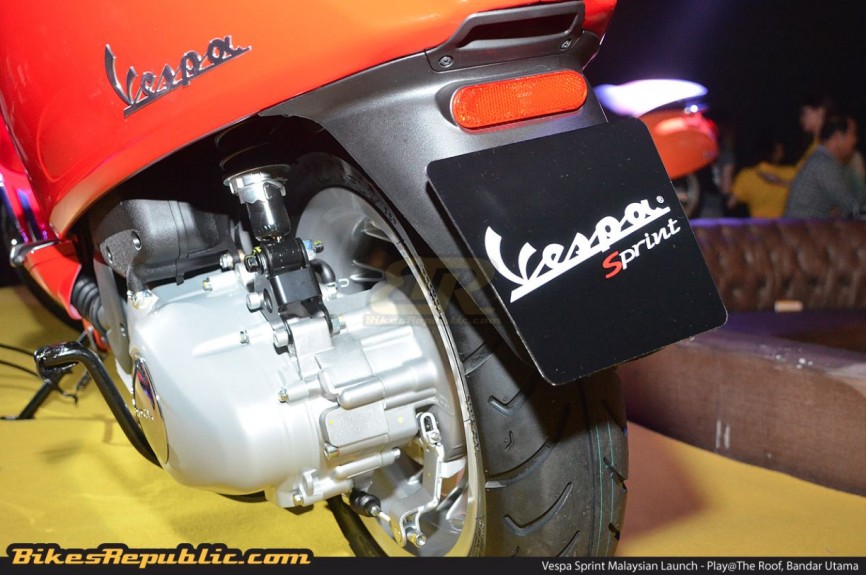 Crucially, the bike’s structural engineering has also been improved without compromising on weight, with Vespa claiming that the Vespa Sprint’s headstock rigidity and longitudinal bend increased by 36% 154% respectively. This, in turn, grants the Vespa Sprint with enhanced safety and stability whilst maintaining the Vespa’s signature and familiar riding essence.

Available in six paint schemes, the Vespa Sprint is priced on-the-road inclusive of GST, road tax, and insurance costs at RM15,617.13. (Nett selling price with GST: RM15,028.68). In conjunction with the Vespa Sprint’s Malaysian launch, Naza Premira has also opted to announce the start of its new Vespa Assist after-sales program as well. 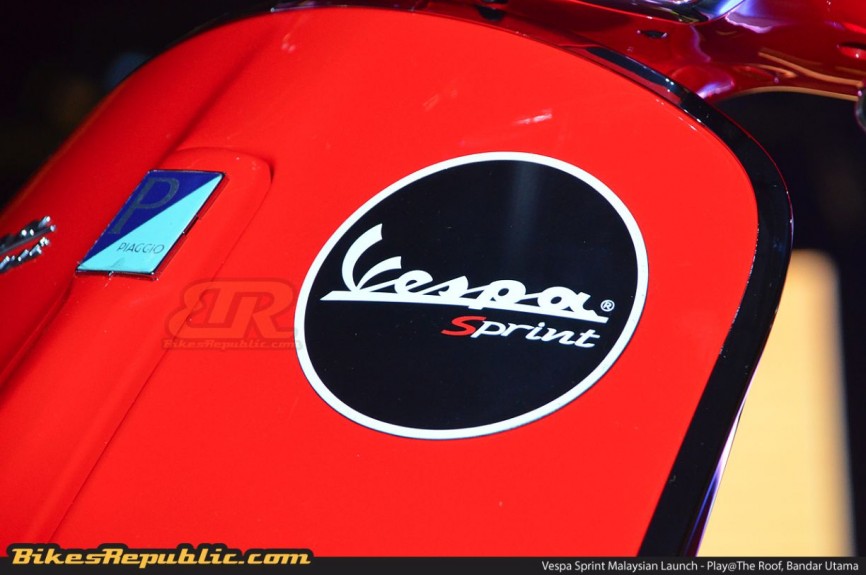 Supported by AAM bikers assists, the Vespa Assist program offers 24-hour breakdown assistance, free-towing service depending on zones, minor on-site field repairs, as well as AAM Motor Insurance and Vehicle Inspection and Valuation Services. Vespa stands as the first brand in the local market to offer this program for its customers.

Check out more photos in the gallery below, or on the official BikesRepublic Facebook page as well.